Tornadic Supercell near lawrence, ks, and comments on the 2019 chase season

There were three targets for this day: The triple point/occlusion in north-central Kansas, the warm front in eastern Kansas and western Missouri, and along the dryline from central Kansas southward through north-central Texas. The best chance for tornadoes was the warm front target, and seeing as that was on our way home, that’s what we chose. We originally targeted Topeka and sat there until storms began forming near Wichita. These were moving northeastward at a pretty good clip and a little further east than we had forecast, so we repositioned to Lawrence and then south to intercept the southernmost storm in the cluster. This storm was very unorganized on radar but had very strong rotation. There were a couple of reports of a confirmed tornado on it as it passed through Osage County. We got on Highway 56 to move west to intercept it, stopping about 5 miles away from its inflow notch. Dense low-level clouds prevented us from seeing any storm structure as it approached: 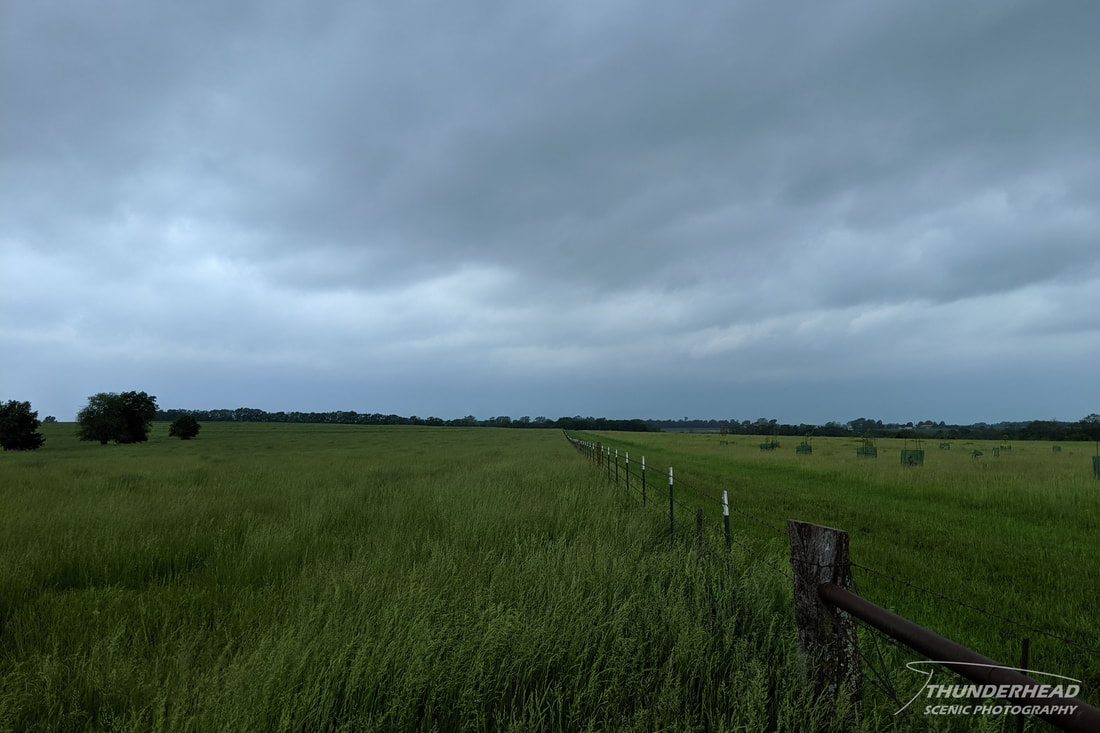 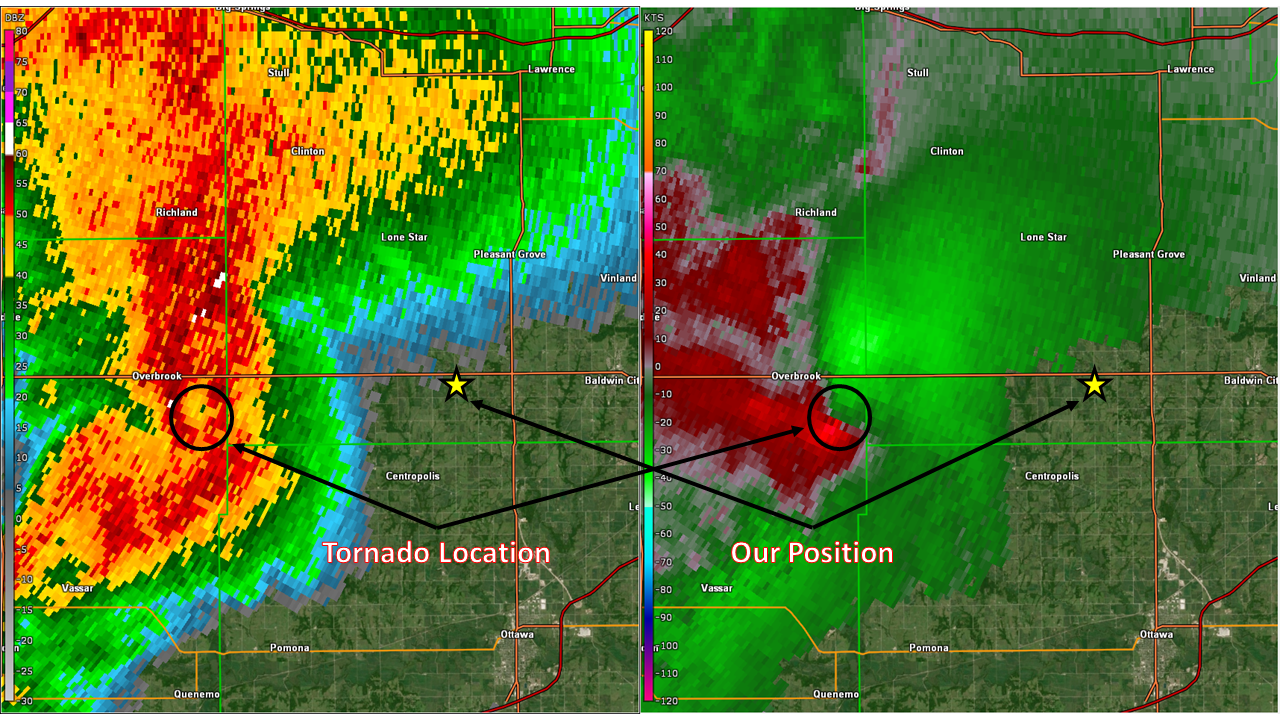 It was tempting to drive into the notch to see if we could see anything, but the circulation appeared to be heavily wrapped in rain. This would reduce the visibility of any potential tornado drastically, making the maneuver unsafe. It turns out there was a rain-wrapped tornado, and it unfortunately flipped a chase tour van in the general area we were in just a little later. Seeing as the rotation was beginning to increase and that the storm was heading toward the densely populated area of Lawrence, we decided that it was too risky to follow and bailed on it. As we were preparing to leave, we noticed that the surface winds increased drastically. Whether this was caused by a change in the larger environment or the storm strengthening, it occurred right around the time of the second, stronger tornado forming when looking at the surveyed track. We moved around Kansas City to possibly meet it on the Missouri side, but it had weakened somewhat by that point. Even though it was still tornadic, we deemed it not worth it due to the waning light, poor terrain, and flooded road network and headed home.

Comments on the 2019 chase season

A common metric to judge the quality of chase season is the number of tornadoes that occurred. As of when this was written (mid-June) 2019 was trending well above average when it comes to tornado reports, which serve as a reasonable proxy for actual tornadoes. The pattern has been much more favorable for severe weather when compared to 2018, which many regard as one of the worst chasing years in recent history. I discuss why 2018 was so dull HERE. What 2019 had to this point that 2018 didn’t was consistent southwest flow over the Great Plains. This allows for upper-level disturbances to pass over the dryline and other boundaries that help to stir up storms amongst Gulf moisture.

However, even with that pattern in place, 2019 was not been friendly to most chasers. Sure, most of us had our successful days, but those are peppered among days of frustration due to a number of reasons.


These issues caused headaches for chasers on a daily basis. Multiple targets on a chase day is usually good, as it spreads chasers out. But due to the above issues, especially number 3, targets that should have been the best ended up underperforming, and secondary targets sometimes overperformed. This made picking a target more of crap-shoot and more about luck than normal. ​