Comments on the 2018 severe season and bust in western Nebraska

Some storm chasers’ success is highly dependent on how many tornadoes they can witness, while others are happy just to see strong storms. There are also many other types of chasers in between; thus, the success each chasing “season” (roughly April-June) depends on the individual and their own personal experiences. That being said, 2018 was one of the worst severe seasons in recent history in terms of storms, causing it to widely be considered as one of most unsuccessful chasing seasons ever for anyone who chases. While the silver lining in this situation is that the threat to lives and property is decreased, it can be extremely disappointing for those who put money, time, and effort into trying to see a beautiful storm meander harmlessly about the Plains.

So why was spring in 2018 so slow in terms of severe weather? While there may be larger causes at play, the simple answer is that the jet stream pattern just was not conducive for severe weather. During the spring, the jet stream typically becomes very “wavy” across the contiguous United States, causing drastic changes in weather. In an ideal severe weather setup, the jet stream will dip down (trough) in the western US; allowing for warm, moist air to move northward from the Gulf of Mexico across the Plains. As these troughs move eastward, they provide the upper level support to combine with the Gulf moisture that storm systems need to produce severe weather. There were two issues with this process in 2018. First, the trough was often too strong and kept the moisture pushed well into the Gulf of Mexico through a series of strong cold fronts during late winter and early spring. The second issue was that the troughs had been often stalling in the eastern US. For roughly the eastern half of the US, this provided near-record, if not record-breaking cool temperatures in April. That’s not good for storms. Come May, this pattern held in place, but just shifted well north into Canada. This meant that now most of the US was experiencing plenty of warmth and moisture, but there was no upper level support for strong storms.

Having nearly 3 weeks open to chase and being the most prepared we’ve ever been to chase, Michelle and I decided to make the best of the situation and travel out to the Great Plains starting May 16 to see what we could possibly chase. Between a very weak cut-off low sitting over the Rocky Mountains and upslope flow along the foothills, there was a decent chance of storms each day throughout the week. The possibility for strong supercells and therefore, tornadoes, was fairly low, but in May, you chase. While the better chance for strong storms was in western Texas on May 16, there still was a small chance for something in western Nebraska. Between that and the risk in that general area for the next couple days, we decided to target Sidney, NE. As we neared the Nebraska Panhandle, storms fired about an hour north of Sidney. One of them looked to be displaying slight supercellular characteristics, but we were about 1.5 hours away from it and it soon fell apart. With nothing else in the area holding much promise, we called it a day and hung out in the hotel for the evening. However, we were treated to a pretty sunset and an illuminated multi-cell thunderstorm on the horizon: 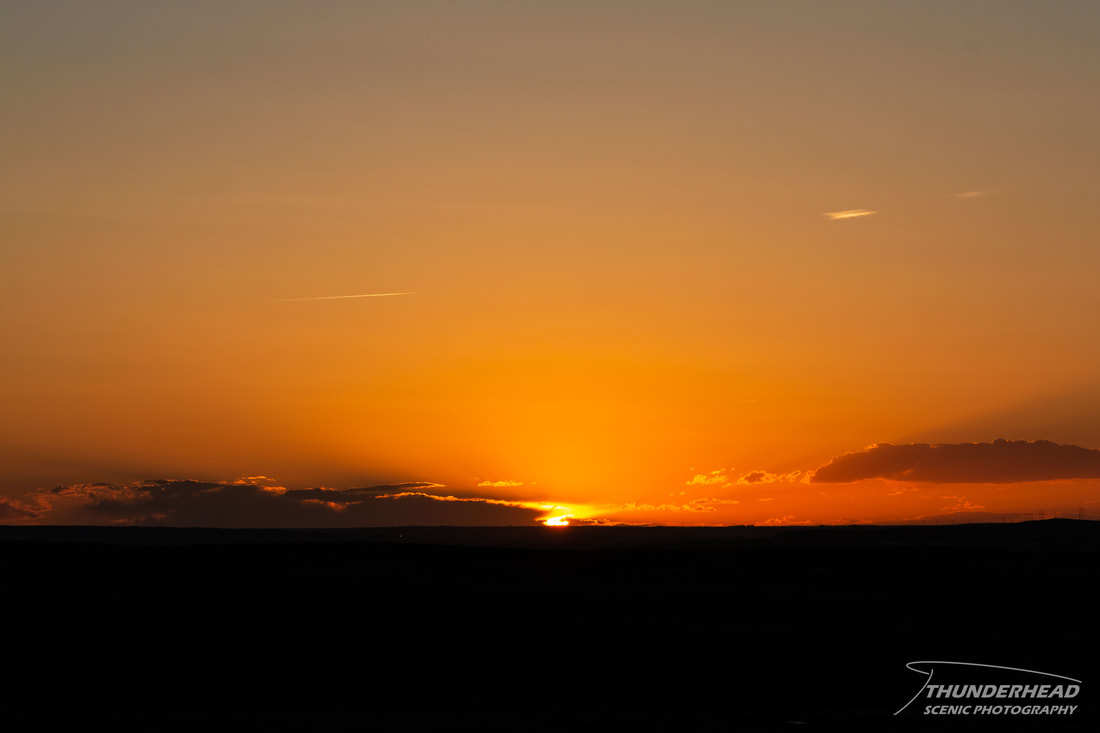 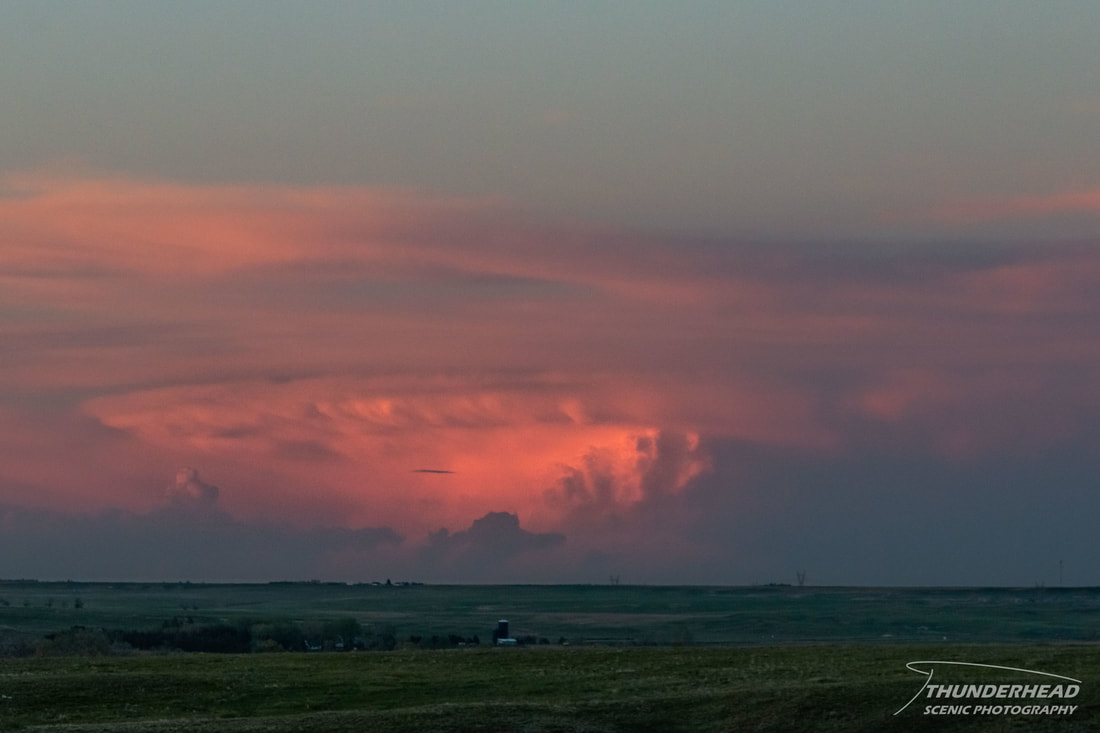