The first big cold front of the fall was set to push through the St. Louis, MO area on this day. Storms had formed out in Kansas and western Missouri late on the 8th and moved across the St. Louis region early on the 9th, setting up an outflow boundary over southeastern Missouri and southern Illinois. These early morning storms left behind clouds that lingered through the morning, causing temperatures to be a little cooler, which is not a good thing if you want convection later in the day. That changed quickly, as by 10-11am, it got uncomfortably warm and muggy with breaks in the clouds. The previously mentioned outflow boundary was forecast to push northward as a warm front and serve as the lifting mechanism for storms, which models had firing around 3-4pm. Parameters along this boundary were good enough for supercells and maybe a quick tornado or two. At about 3pm, a storm fired over Arnold, MO and quickly became supercellular as it moved into southern Illinois. Michelle and I left St. Louis and headed eastward on I-64, skirting the northern edge of its forward flank. We finally got a clear view of it north of Mascoutah, IL. At first, it was not visually impressive: 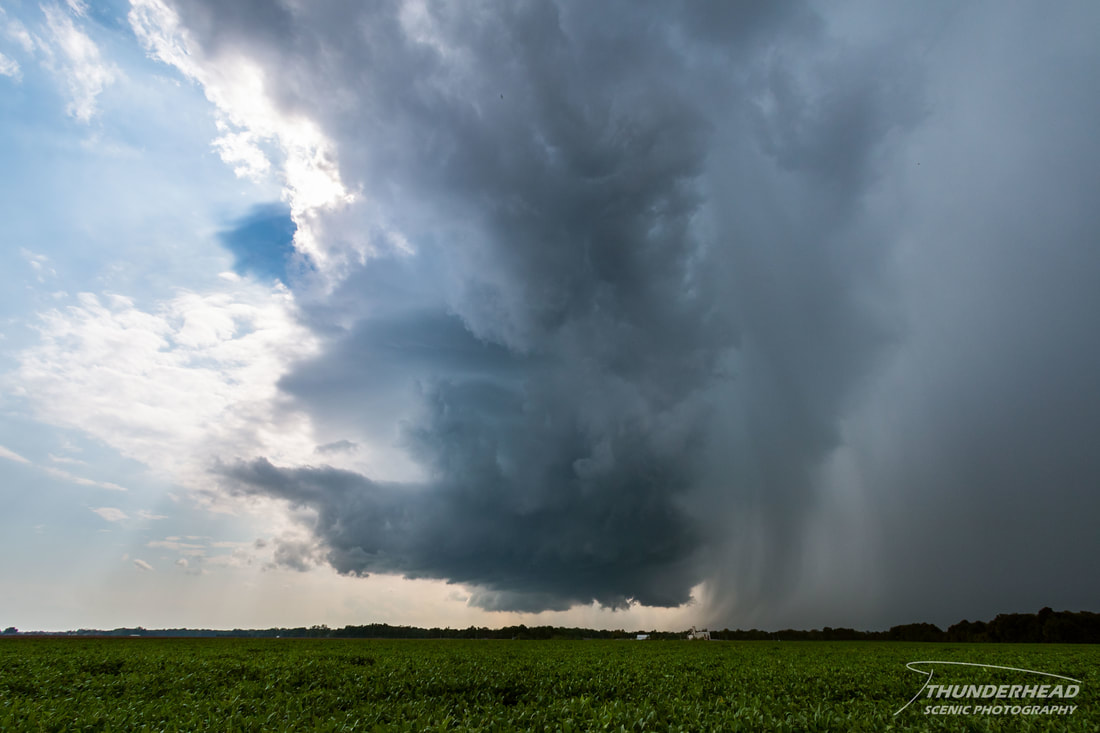 But within about 10 minutes, it began to really pull itself together, as it was displaying some decent mid-level features: 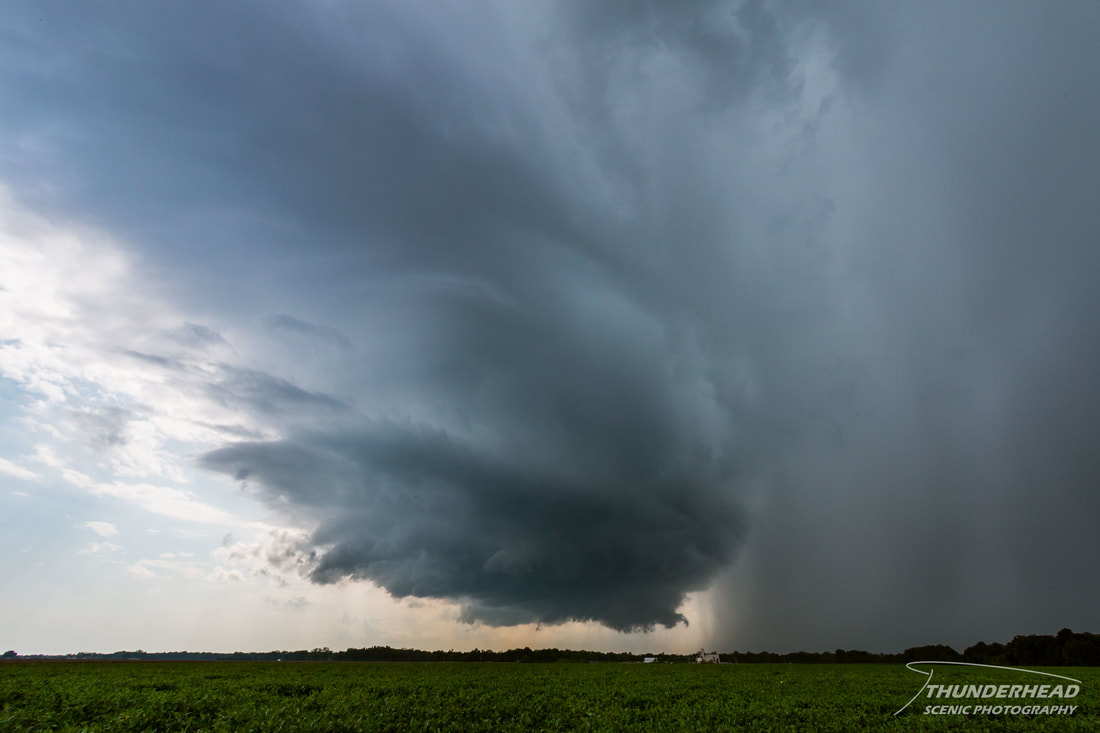 ​We made our way south into Mascoutah, at which point the storm was approaching the city limits: 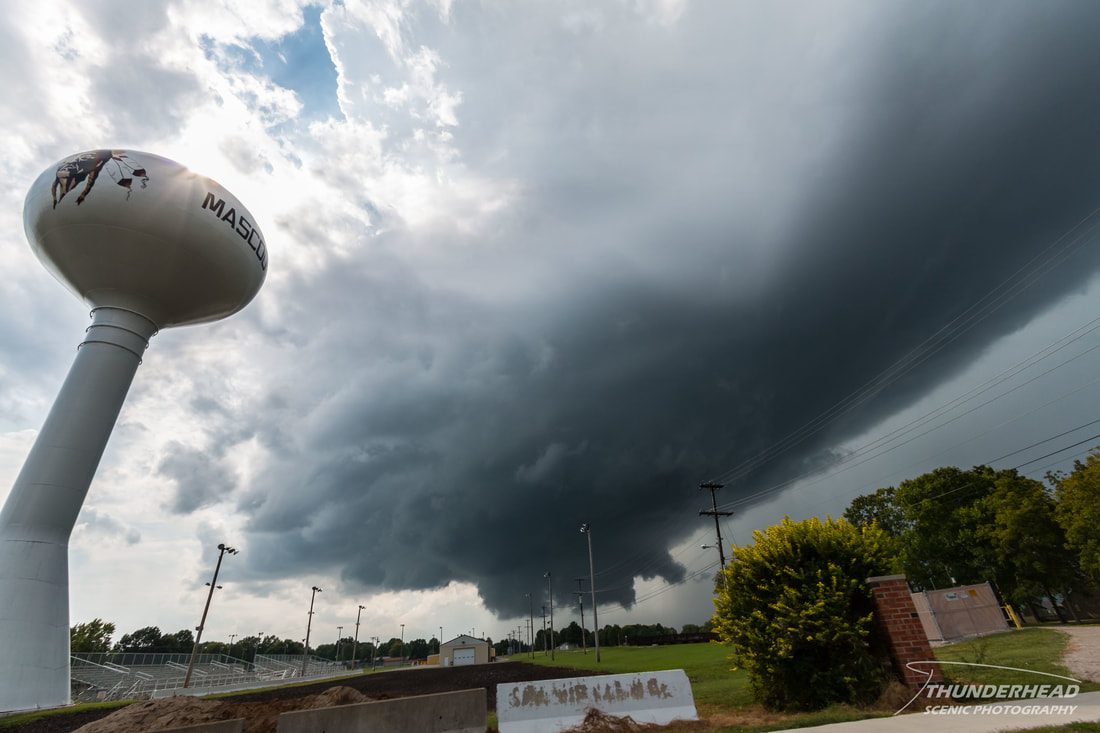 ​This was a rather unsettling scene, given that school had let out and so many people were out walking, unaware of the impending storm. While it wasn't tornado-warned, or even severe-warned at the time, it still posed a threat and could have intensified at any minute. If the storm were to have done so, it fortunately skimmed the northern part of town. We continued out of Mascoutah to the east, stopping off of Highway 177 to watch it as it passed just north of town: 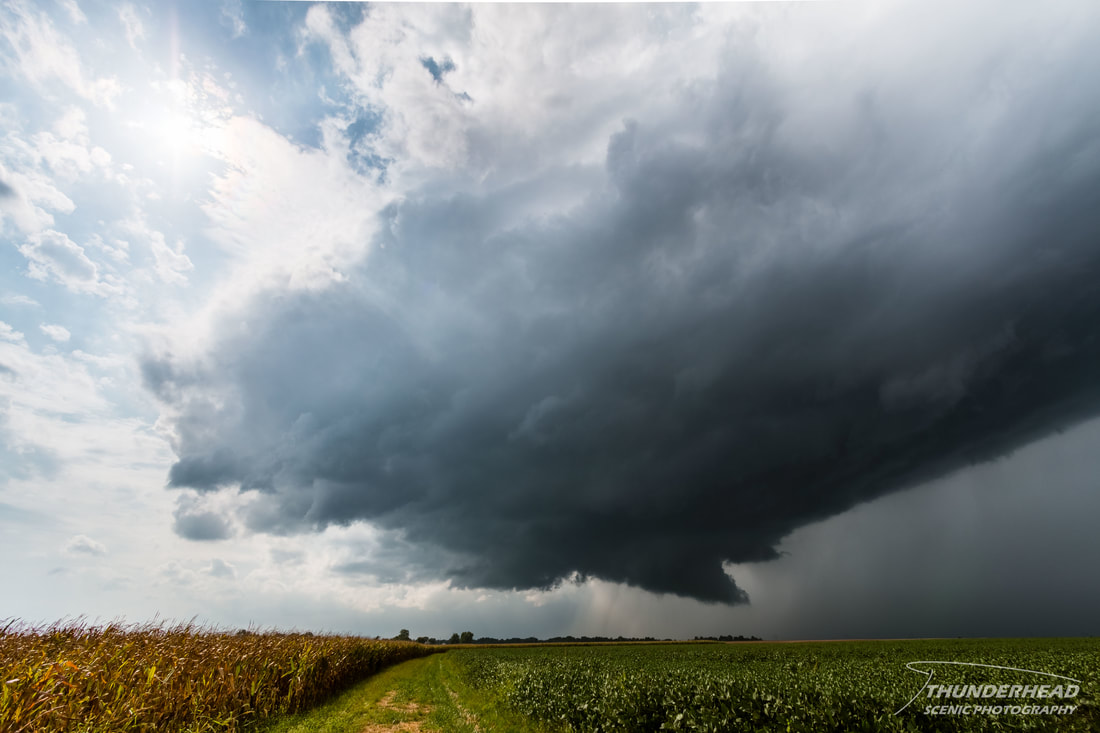 ​After this point, the storm cycled and temporarily lost any good low-level features as it made its way eastward toward New Baden, IL. We tracked south of it on Highway 177 and then went directly toward it on Highway 168, at which point it was over New Baden and exhibiting a well-defined wall cloud: 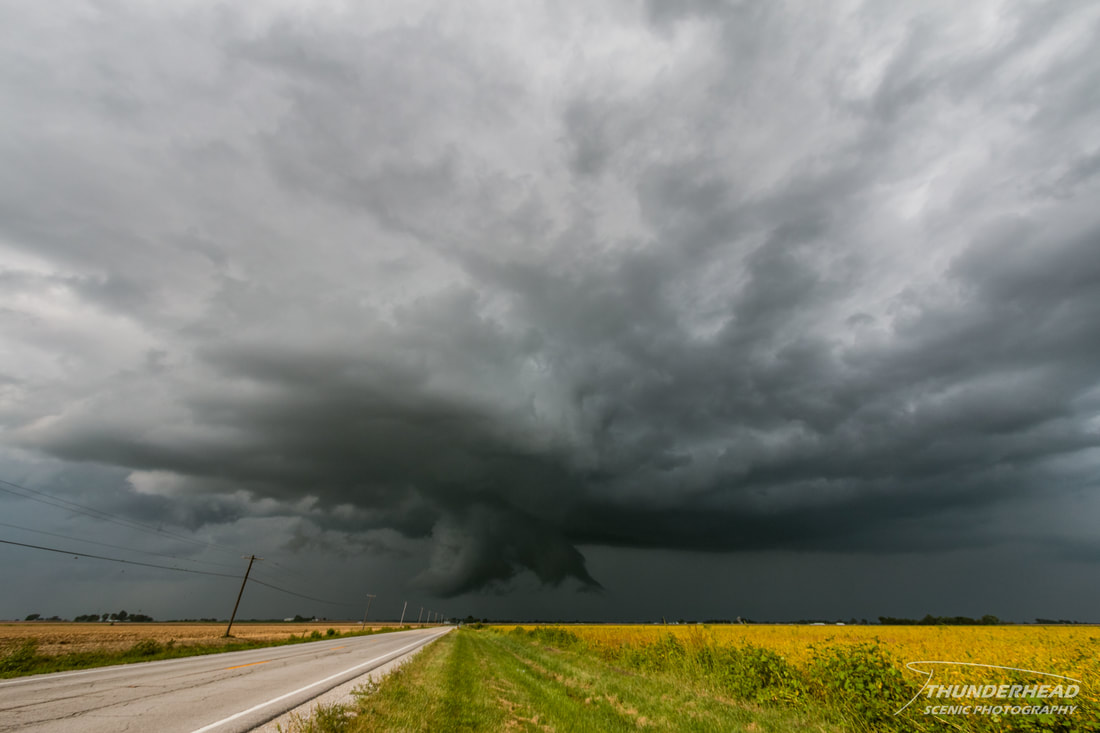 ​We continued east of New Baden and watched as the storm moved over Albers and Germantown, IL, still maintaining a healthy wall cloud (first photo below). At the same time, another supercell had developed to our west and was tracking along the same path as the first (second photo below). 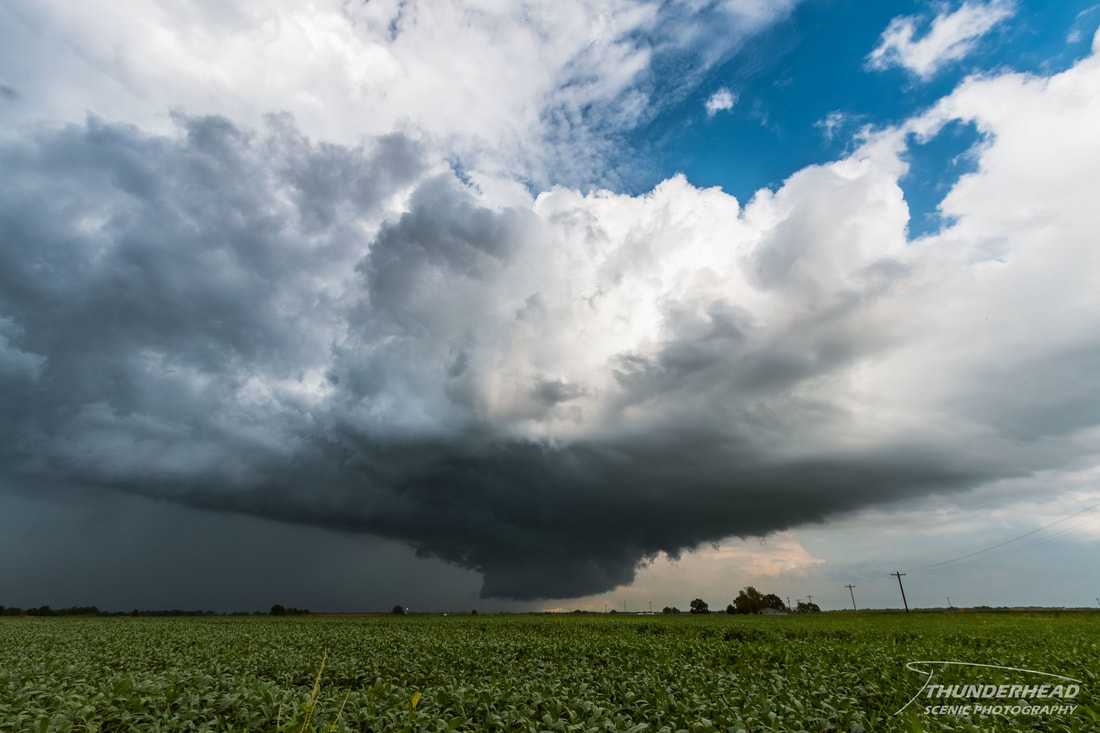 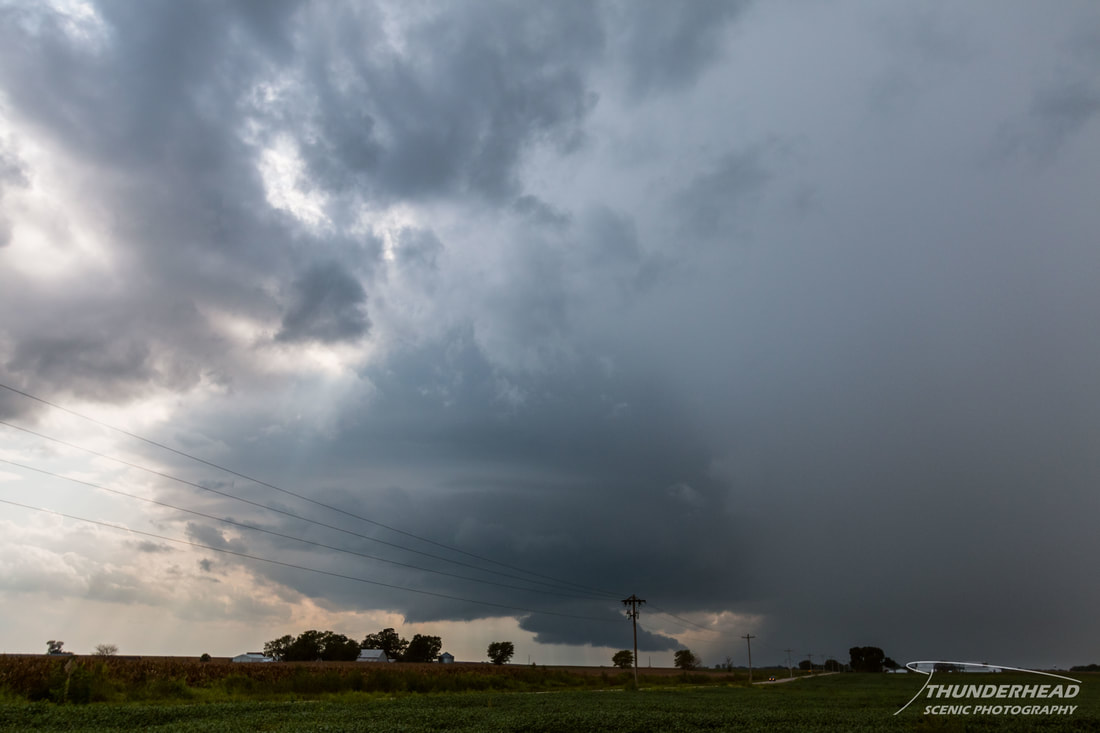 ​We followed the first storm to Posey, IL, and watched as it gave one last try (photo below). Unfortunately, its low-level features disintegrated due to a strong rear flank downdraft surge shortly thereafter. The storm still survived several hours after this, but never really became organized again. 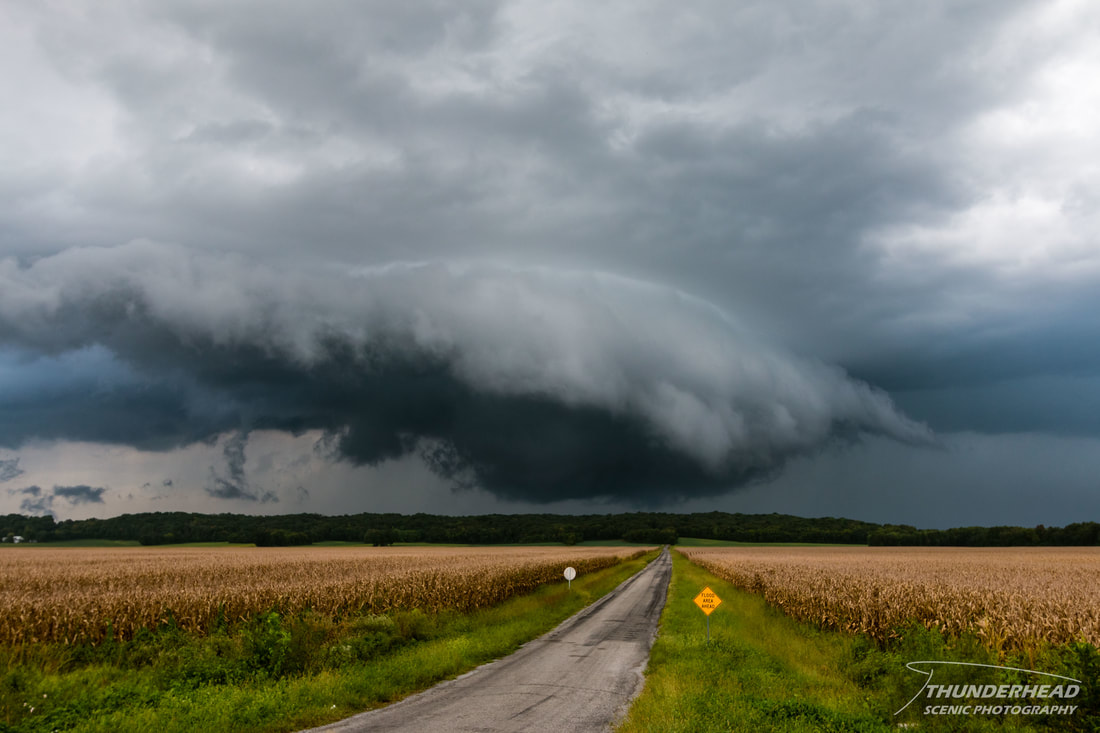 ​The previously mentioned second storm was still following the same track as the first and still going strong. We sat in place and watched as it approached from the west; putting off a lot of lightning and displaying a nice wall cloud: 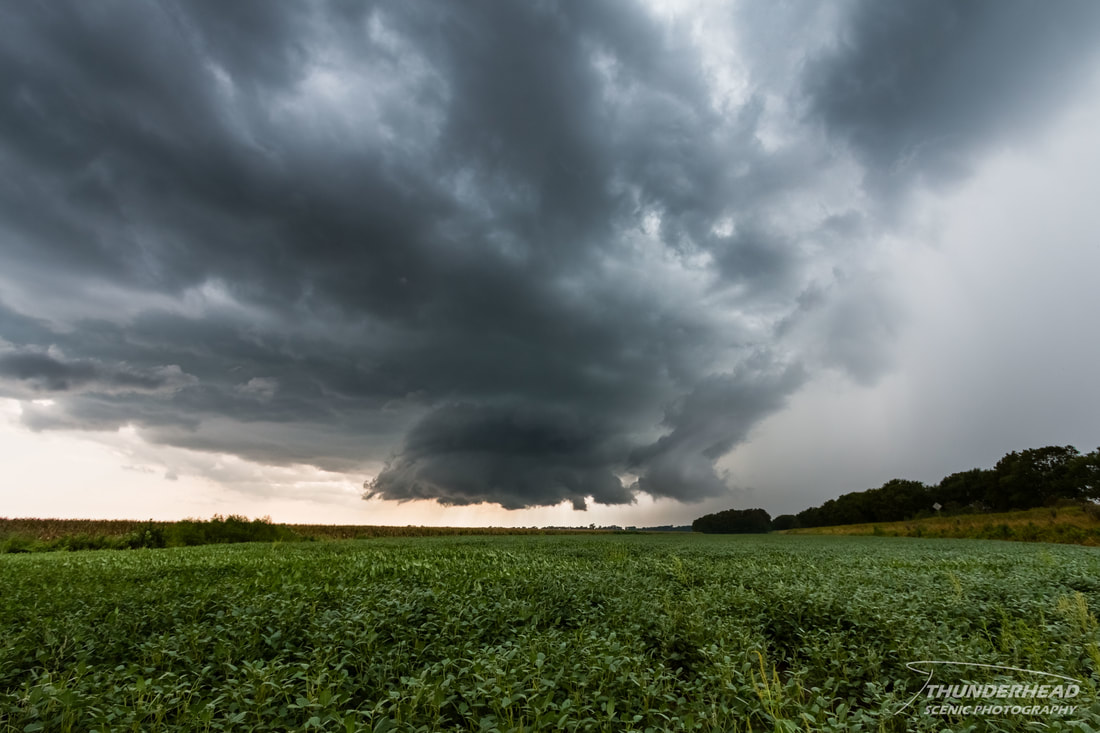 ​As it drew closer, we dove south on Highway 127, getting off Sassafras Rd. (mentioned only because it's fun to say). This put us just to the south of where the storm would pass and offered a clear view of the meso as it really geared up. A drastic RFD surge cut into the meso, throwing out some dramatic coloring and almost getting things to spin just enough for a tornado:
​We went further south to New Minden, IL and then followed the storm to the northeast of Hoyleton, IL, but it wasn't able to re-organize and became as bland as the storm before it. At this point, a cluster of storms had formed to our west. We could see on radar that there were some weak, embedded supercellular structures in the mess. However, nothing stood out as chase-able, so we decided to make our way back to St. Louis. That did, however, mean that we would have to punch through said mess. As we began to head north to the interstate, we started to see some faint storm structure to the west, associated with the leading edge of the storms. We pulled off and watched it approach, and luckily for us, the portion heading for us started to get its act together, both on radar and visually: 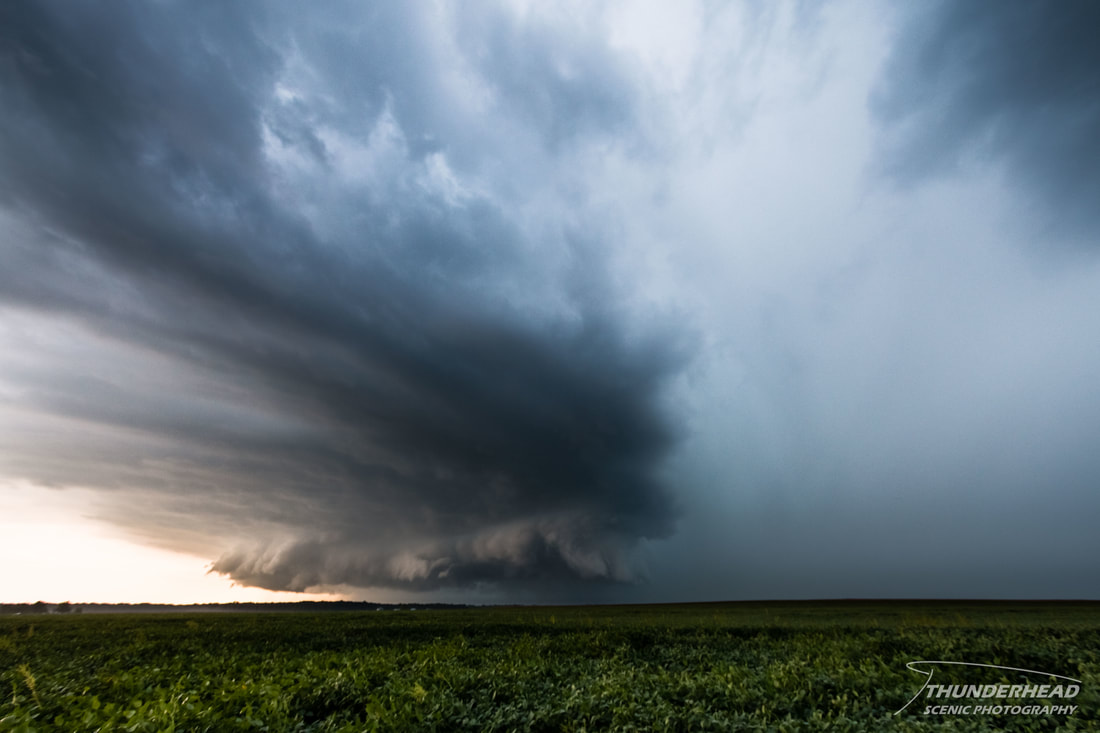 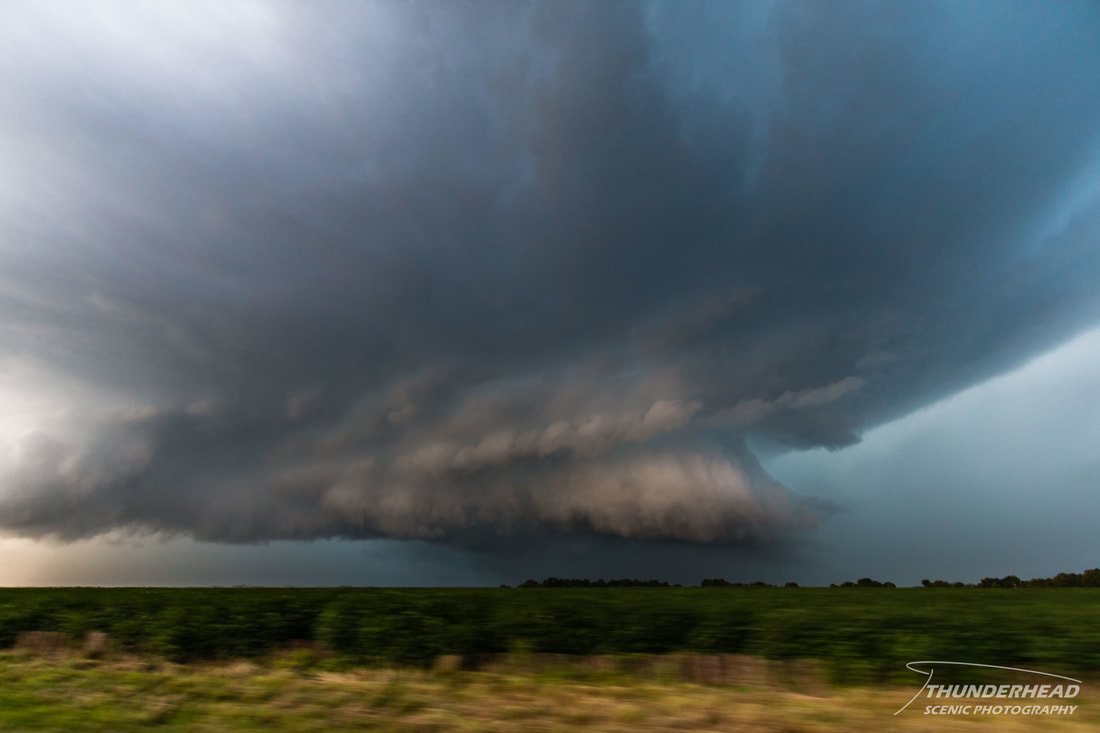 ​At this point we still weren't 100% sure what we were dealing with. It seemed like it was trying to go supercellular, but visually and on radar, it just didn't look convincing. We quickly tried to get south of it...right when it did decide what it wanted to do. A massive rear flank downdraft surge pushed a circulation across the road in front of us. This circulation really started to spin just to the east of the road, kicking up small debris and causing power flashes (photo below). I swore a tornado was going to form right outside the car window. Luckily for the farm beneath the circulation, nothing happened. We continued into Hoyleton where we tried to decide if it was worth it to continue to chase it. Like the other storms, it made our decision easy by falling apart, so we decided to make our way back home to St. Louis. 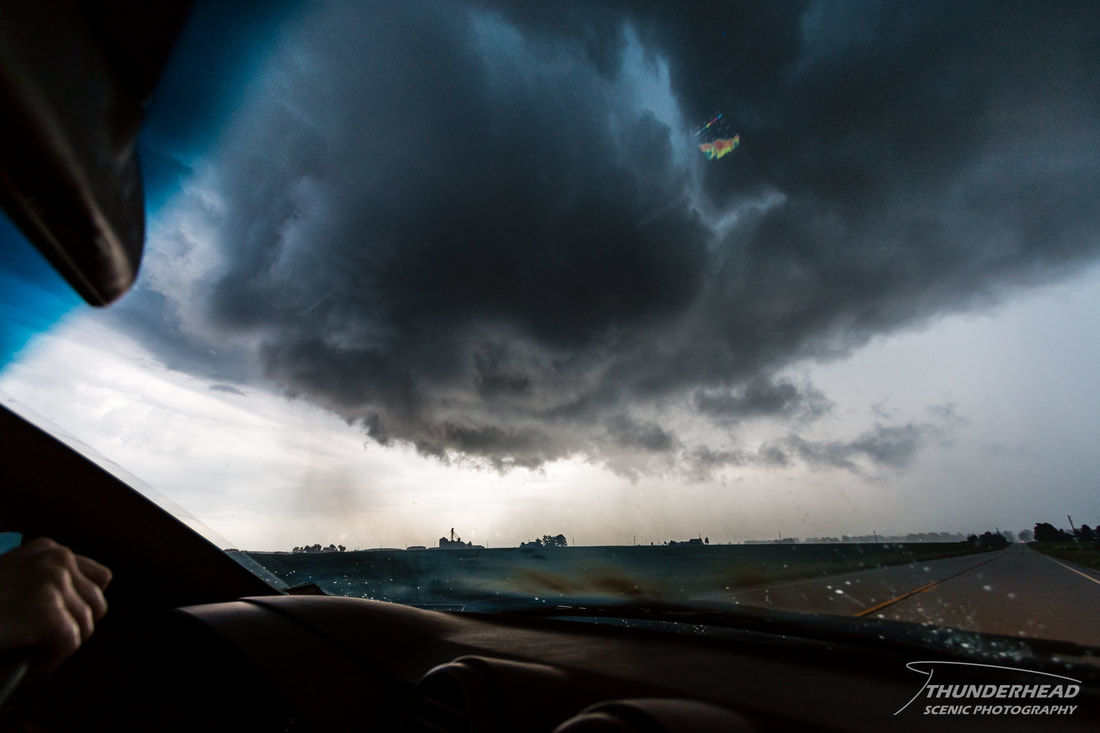 ​Make sure to check out the timelapse below for clips of all three supercells from this days chase!
​​The Storm Prediction Center's summary for this event can be found HERE.