There was a slight chance for severe weather across southern Illinois on this day, but I wasn't sure if I would be able to chase due to classes. Before I went to class, I fortunately thought to pack my camera in my backpack, just in case. My fellow meteorology classmate and severe weather enthusiast, Marcus (his website HERE), had a greater faith than I in all the parameters that were matching up in southern Illinois. As class was ending, an east-west oriented cold front was beginning to push southward over the area, spawning relatively weak convection. A cell north of the St. Louis, MO metro area in this line went severe-warned as it tracked to the east-southeast. Marcus and I headed eastward on I-64 out of St. Louis as cells began to fire south of the front and move northward and become absorbed into the previously mentioned severe-warned cell. We were still on I-64 near Shiloh, IL when a massive, poorly organized base and possible wall cloud came into view toward the southeast near Mascoutah, IL: 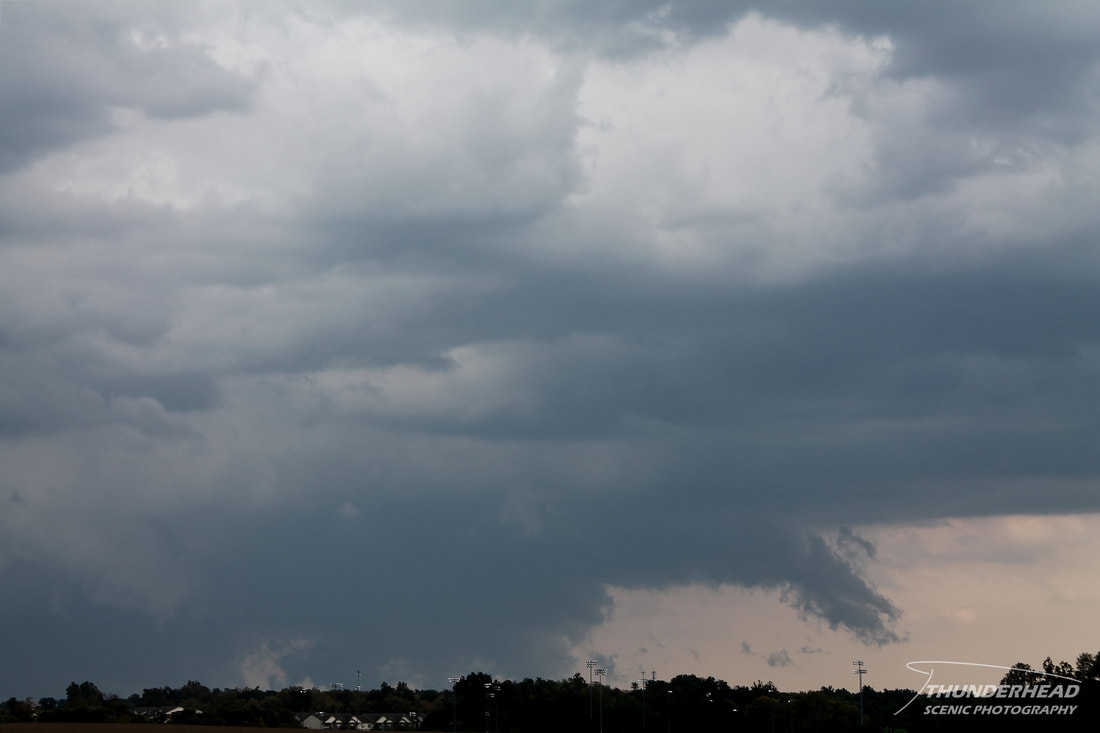 We continued on I-64 to Highway 4, where we got off and headed south to follow the storm to the southeast. We hit Highway 161 and turned eastward toward New Baden, IL. As we neared New Baden, the updraft was very visible with one of the most textbook wall clouds I have ever seen underneath it, located just south of New Baden: 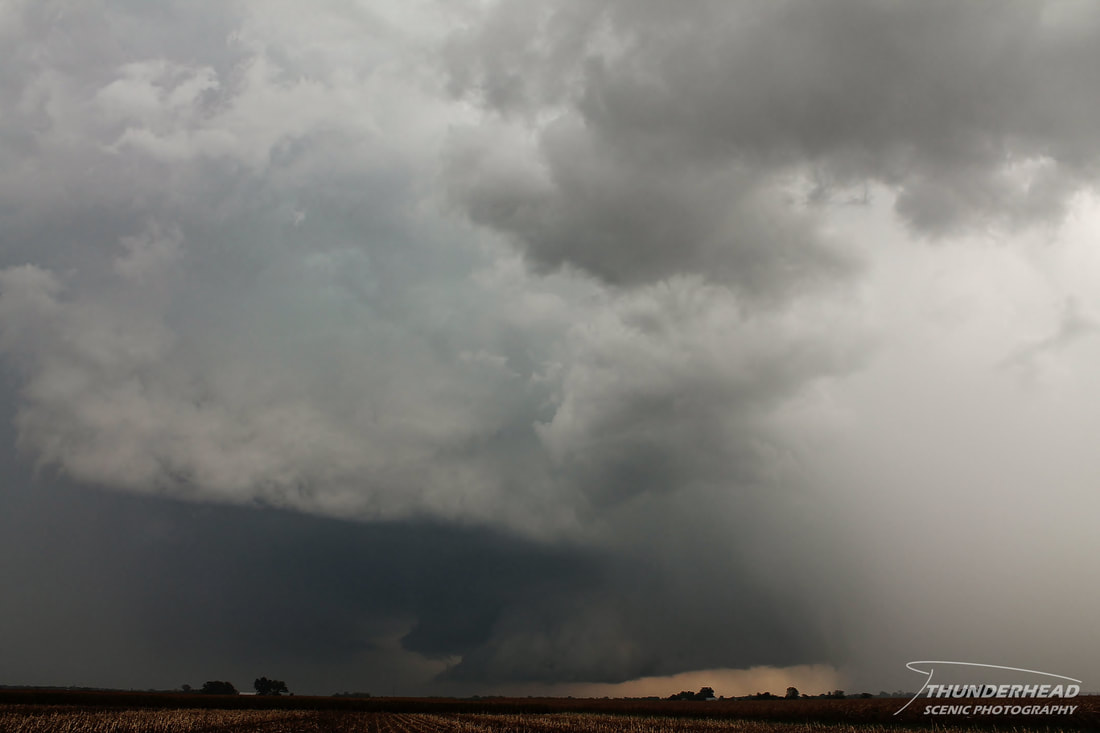 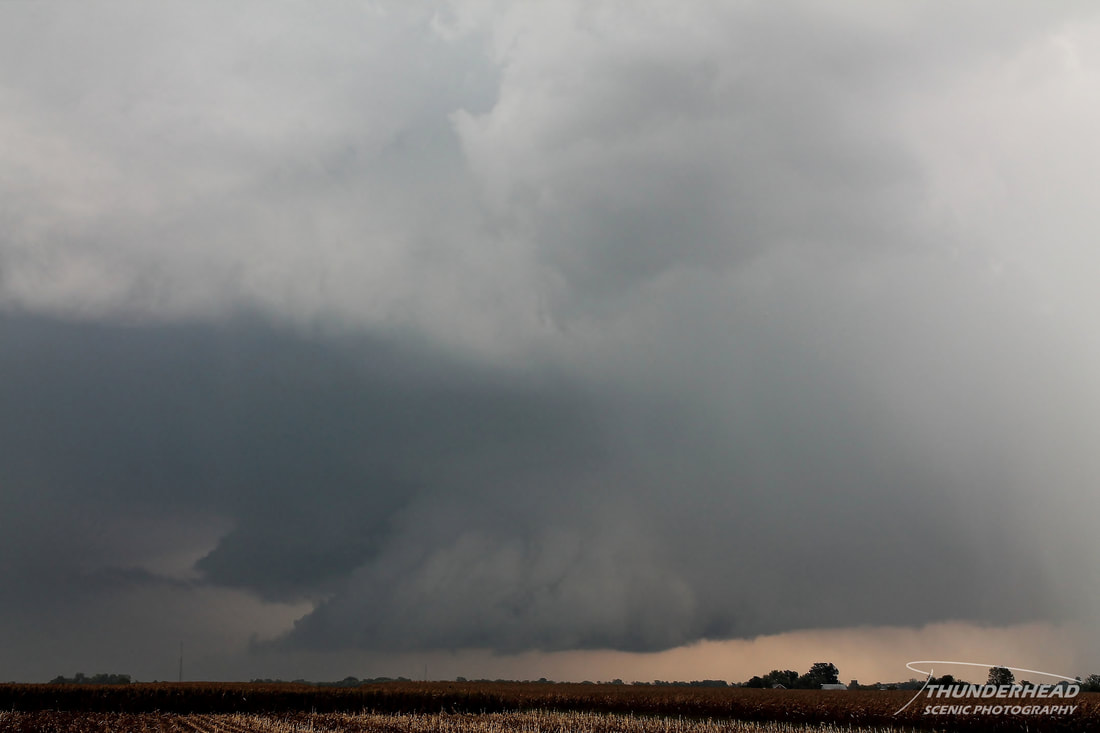 Another cell was moving northward into our cell and was producing heavy rain, which was beginning to block our view of the wall cloud. We could also hear hail landing in the field around us, which was an interesting experience. As our cell went tornado-warned, we continued on toward to Albers, IL to stay with the rotation, but the rotation had moved further south than we had expected. Fortunately, we had a route straight south through the hook back toward I-64, along which the rotation was currently travelling. We hopped on east-bound I-64 and only had to go about a mile before we saw a tornado just to our northeast. Pushing eastward, we tried to get closer as we passed north of Okawville, IL, where we encountered a flipped semi. When we got close enough, we safely pulled over and got out of the car, made difficult by the strong winds and rain, and watched the tornado until it dissipated: 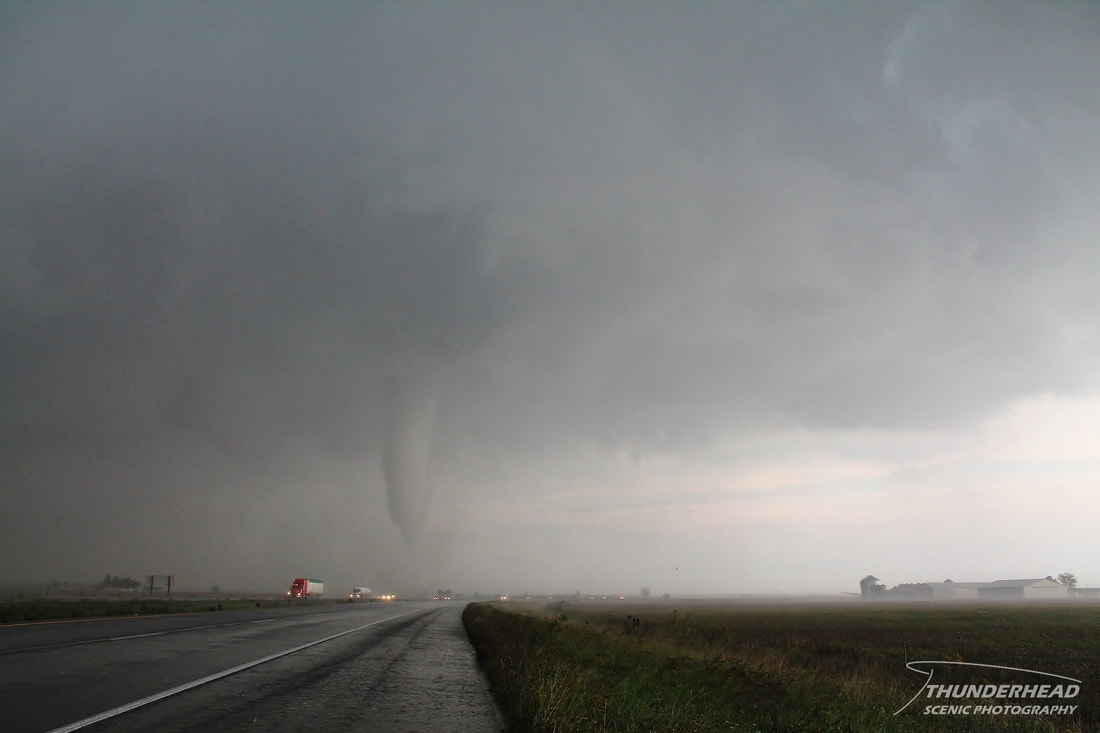 This tornado was later rated an EF1. Below is a GIF of reflectivity and storm relative velocity from KLSX of the storm before, during, and after the tornado:

​After the tornado dissipated, we skirted along the southern edge of the circulation to Nashville, IL to watch the storm some more: 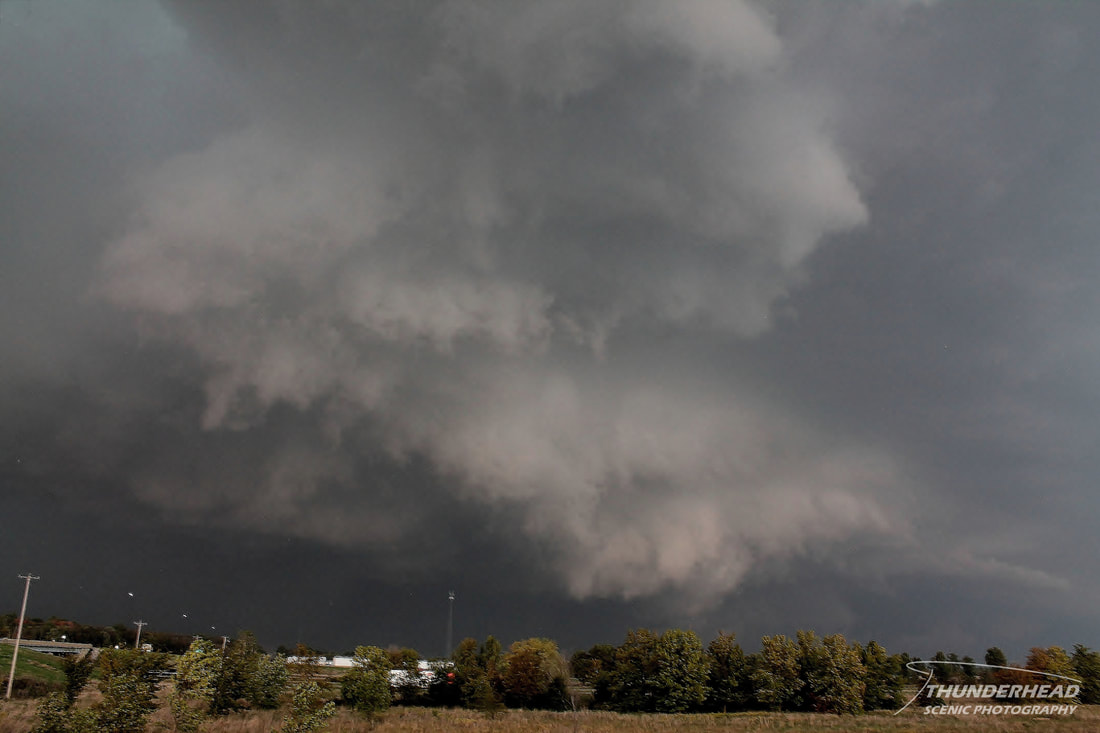 We went south at this point to try to keep up with its southeastward progress. Throughout relocating, the storm did stay tornado-warned and exhibited some very interesting features and rotation (photo below), but it failed to produce another tornado. 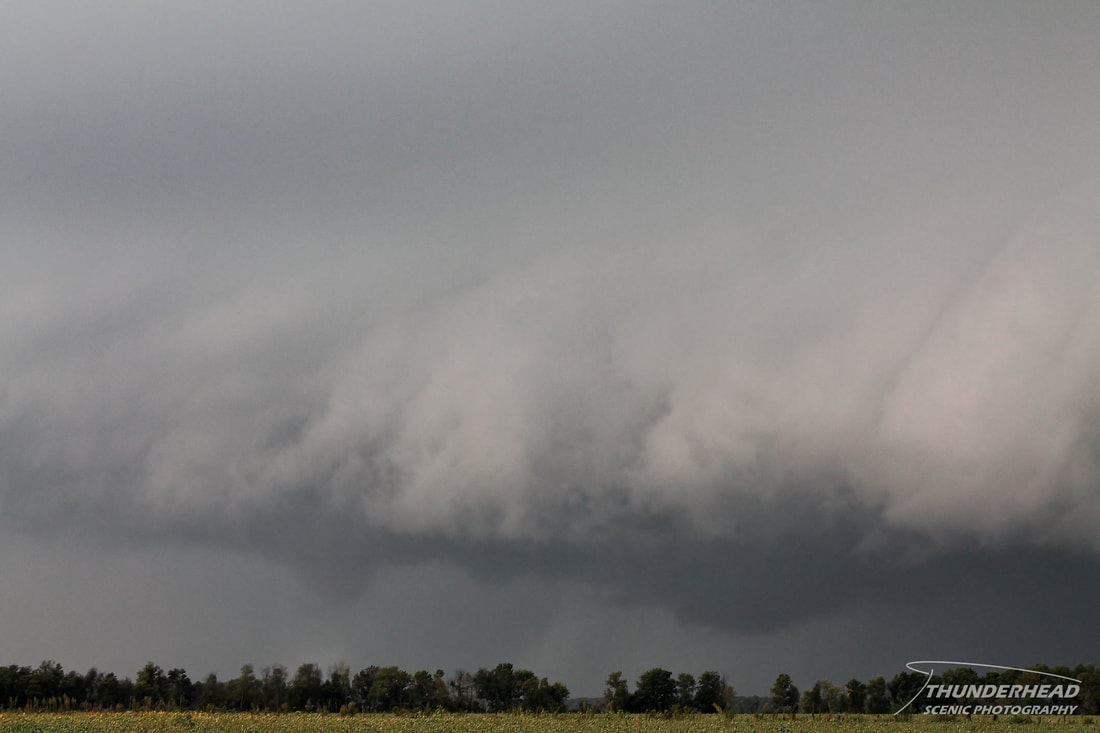 As dusk was upon us, the cell became outflow-dominant just west of Mt. Vernon, IL, ending our chase. We headed back west to go home, stopping along the way to get some lightning pictures as severe and sub-severe storms tracked along the front: