It had been quite a down stretch with only a few decent sunsets and some weaker storms in Mississippi, but nothing that was satisfying my thirst for weather since we had moved down there for school. It also didn't help seeing that beautiful storms were occuring in the St. Louis area on a weekly basis. There was a chance to fix this issue, as a monster trough that was digging down through the central US was to give us a chance of severe weather in the form of a squall line late Oct. 2nd and early Oct. 3rd. However, as this squall line got close, it weakened and produced little to no lightning or structure. This trough meandered about the central US and pushed north a little. This allowed for some shortwaves to ride around its base and give us some interesting weather in the South. Supercells were forecasted to fire across eastern Tennessee and northern Mississippi in the afternoon and evening and track to the east-southeast. Hail and wind were the main threats, with a tornado or two possible. When the day came, the forecast looked bleaker and bleaker by the hour. A weak overnight MCS that had tracked over the area and south toward the Gulf had left behind a cold pool and lingering cloud cover in the morning, inhibiting sufficient temperatures for convection until the early afternoon. Forcing, or lack thereof, was also an issue. Convection didn’t really get started until mid-afternoon and was spotty and weak at first. Some severe storms were moving through Kentucky and Tennessee, but anything that fired in Mississippi moved off across the Mississippi-Alabama border and then went severe-warned once it was in terrible chasing terrain. After sunset, some storms were moving eastward about an hour to the north of our location. They didn’t seem strong or organized at all, judging by radar. I could spot some lightning flashes in the waning light, so for the sake of lightning pictures, Michelle and I gave chase. We headed out on Highway 82 east to Highway 45 north, right at the storm which now looked supercellular on radar, was severe-warned for hail, and was putting out some great lightning. We pulled off on Highway 8 and watched it for about 20 minutes or so. It had a sculpted low-level mesocyclone and a weak, small wall cloud for a bit: 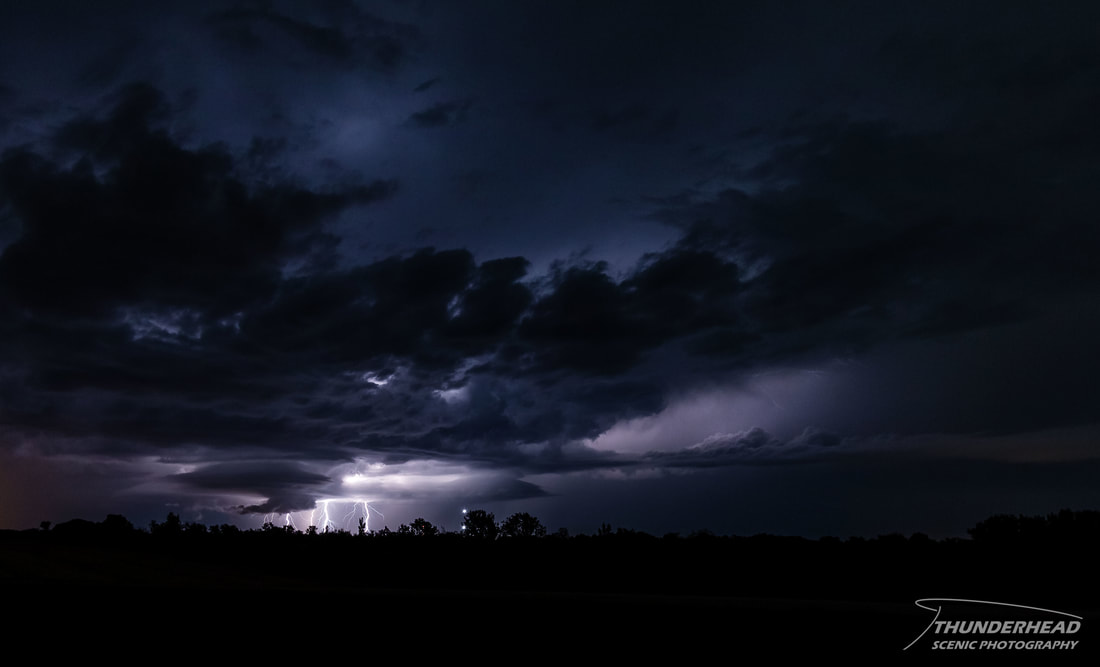 Another storm to the west was producing some lightning too, but by the time I paid any attention to it, it had died off considerably: 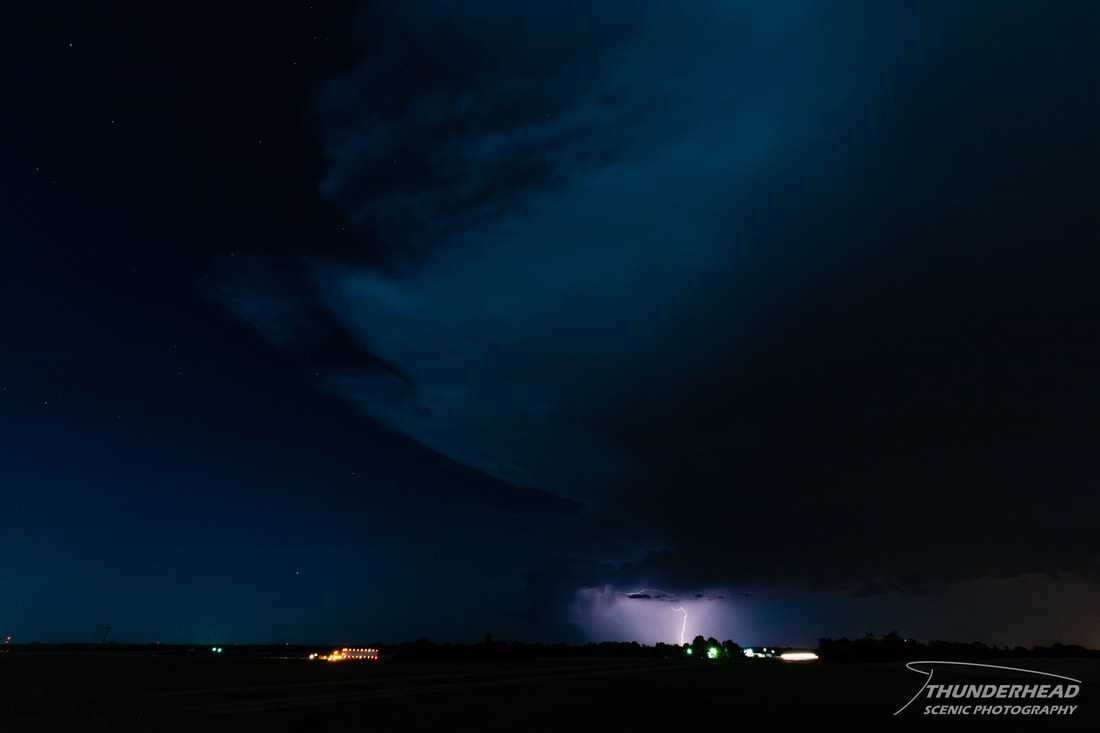 We went a little further north and then east to try to keep up with the first storm that was cycling and having trouble making up its mind on what it wanted to do. As it began weakening, it picked up speed and moved out of decent viewing range. This storm gave me some of the better cloud-to-ground lightning photos I've captured, which I was ecstatic about after having gone without anything for so long.