Most of the U.S. would be able to see a partial solar eclipse shortly before the sun set on this day. The peak was to be around 5:47pm CST. There was only one issue: a weak front was set to pass through the area, generating cloud cover at that time. Fortunately, as the day progressed, I noticed that the cloud cover was not too bad, as there were plenty of breaks. A little before 5pm, I went out to my usual spot where I shoot sunsets (I was home on fall break) to get ready. I had never taken a picture of the sun directly (not sure why I would otherwise), so I wanted to make sure I gave myself plenty of time to get my settings correct before it peaked. Unfortunately, as the time was growing closer, a thick, mid-level cloud band moved in and blocked the sun. I took this opportunity to switch to my zoom lens, get my settings right, and focus on the area where I knew (but mostly hoped) the sun would appear on the other side of the cloud band. It looked as if I would miss the peak, but I hoped to at least see it for a little bit before the sun set. Luck was on my side and almost right at 5:47pm, the clouds moved and revealed the eclipsed sun. It was a big, fat crescent: 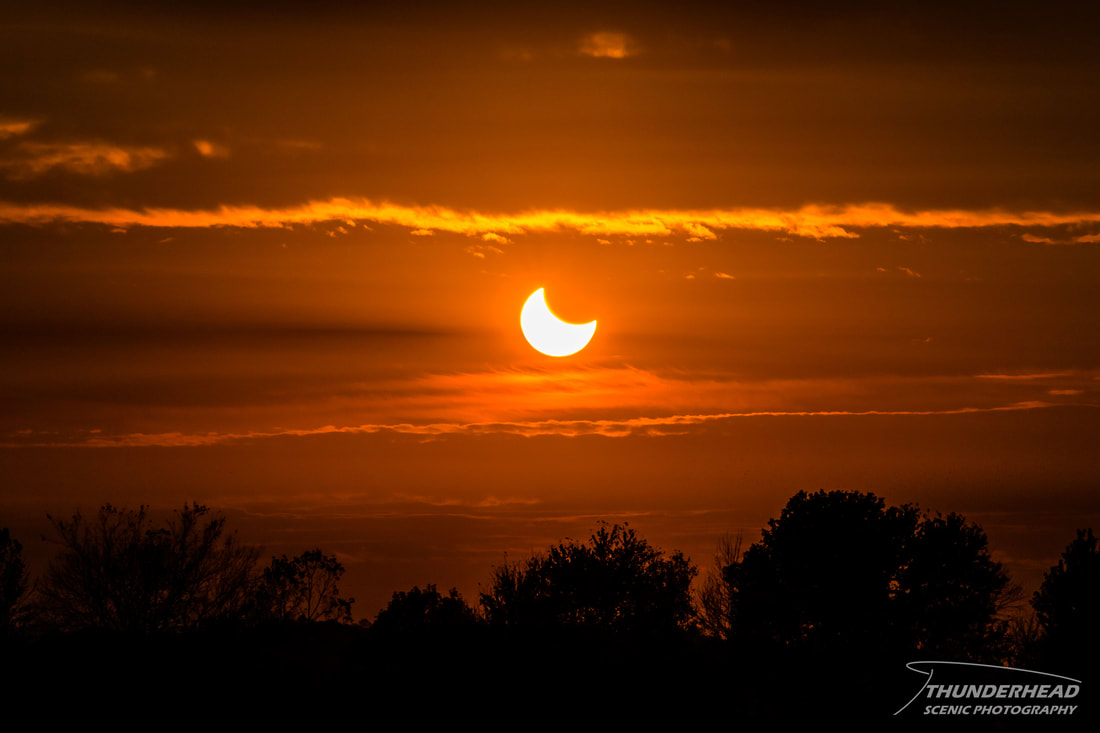 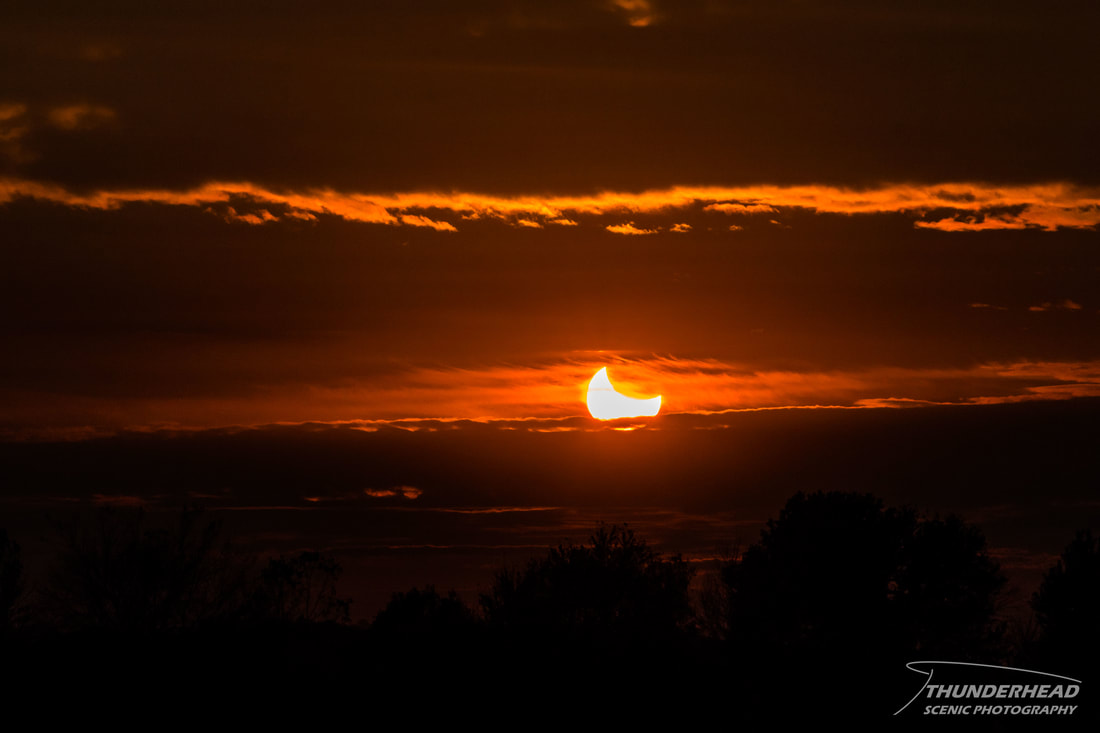 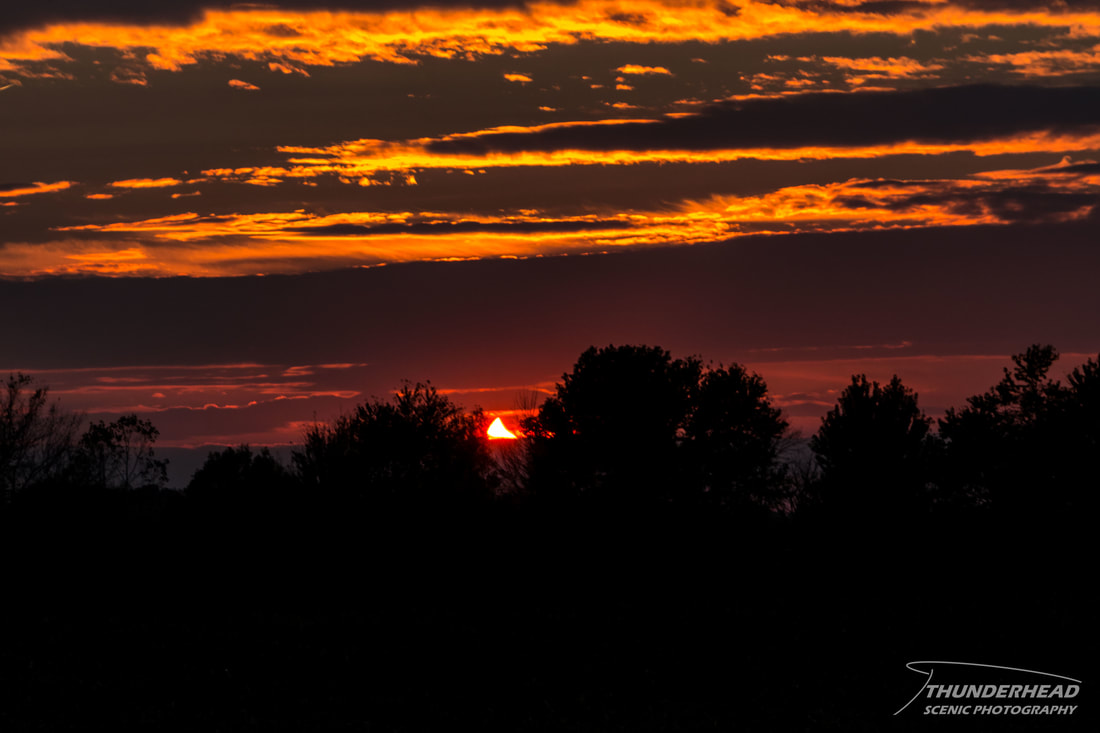 As it set, it produced a pretty sunset (photo below). I was also in the right mind to remember to shoot a quick time lapse (also below). The time lapse is a little shaky because I'm zoomed as much as I can and forgot to turn off the image stabilizer on my lens (oops). I have always wanted to witness a solar eclipse, so this was a rather exciting experience. 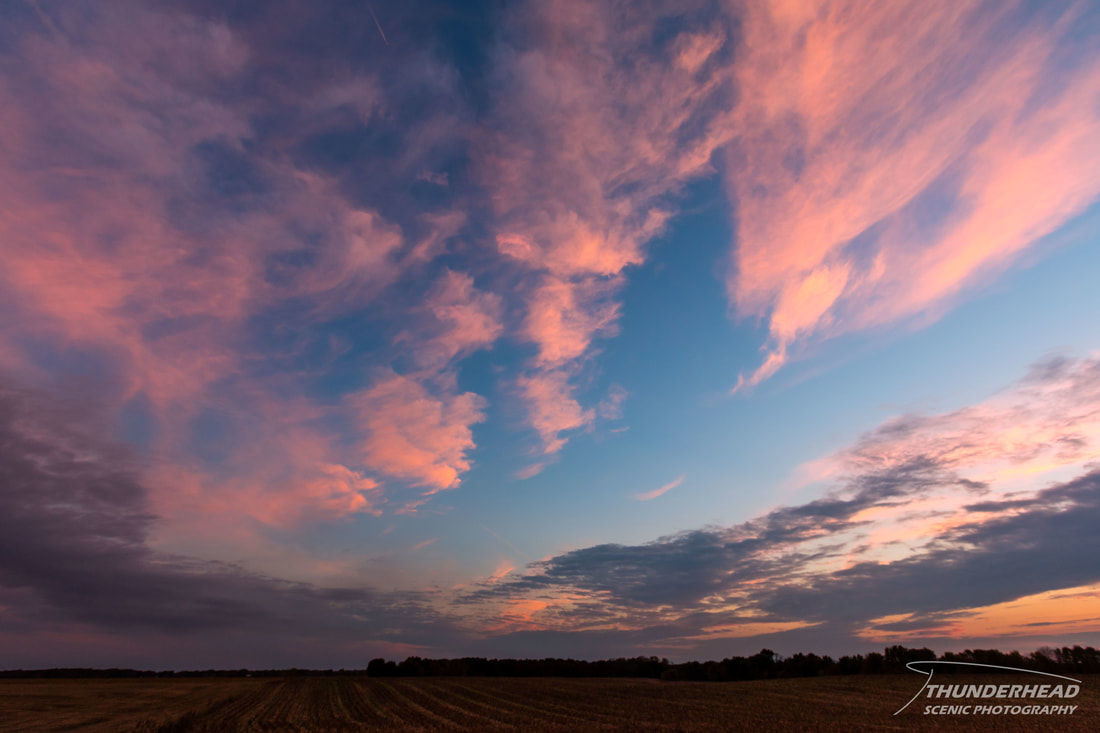