Eight days prior, the models had been hinting at the potential for severe weather in the Midwest on November 5. A boundary was to wiggle across the Midwest in the days prior, before finally lifting northward on the 4th as a warm front. Then, on the 5th, a low would track across the boundary, causing a portion of the boundary to finally swing through the Mississippi and Ohio River Valleys as a cold front and the northern portion to arc across the southern Great Lakes region as a warm front. The system looked as if it would yield a reasonable chance for severe weather by November's standards, with the exception of just one problem. As the day grew near, the low was forecasted to be less intense compared to prior forecasts, eventually becoming elongated along the front before becoming pretty much non-existent in the model runs on the 4th. A low along the boundary would have helped to back the winds at the surface so that they could become more southerly; however, without the low, surface winds would be more southwesterly, limiting the probability of a more potent severe weather threat across the sagging cold front.

While convection had been ongoing along and north of the front for most of the morning of the 5th, the more robust storms were forecast to fire in and north of the St. Louis, MO metro area in the early afternoon and track to the east/northeast along the front as it sagged southward. There would be a 2-3 hour window after they first initiated when they would likely remain discrete, allowing for a greater potential of large hail and tornadoes, before congealing into a line. Michelle and I positioned ourselves outside of Troy, IL near the intersection of Interstates 70 and 55, allowing for quick travel in multiple directions if needed once the storms fired. The first storm of the day approached the western portion of the St. Louis metro as a disorganized blob. However, once it entered the metro, reports of 1- to nearly 2-inch hail began showing up. As it tracked through the heart of the metro area, it became more organized on radar and looked like a healthy supercell. We re-positioned slightly to the southeast to avoid its forward flank as it crossed the Mississippi River. As we made our move, we could see lowerings to the west, but nothing organized or particularly threatening. We paused briefly about 4 miles north of Summerfield, IL to take pictures: 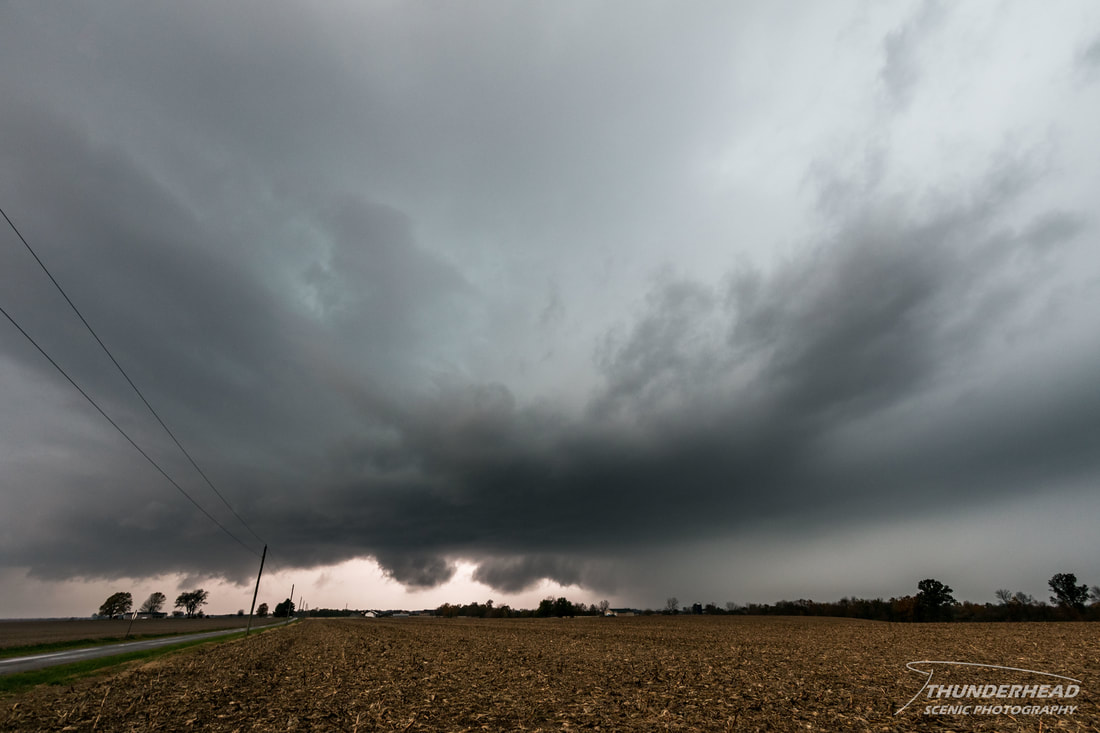 Shortly thereafter, small hail began pelting the field around us. A portion of the upper level core had descended on our position, dropping approximately 1-inch hail on us as we tried to escape. After outrunning the hail, we stopped again to watch the updraft of the storm pass us by to the north. While the structure was not particularly dramatic, it was fairly ominous for a November supercell: 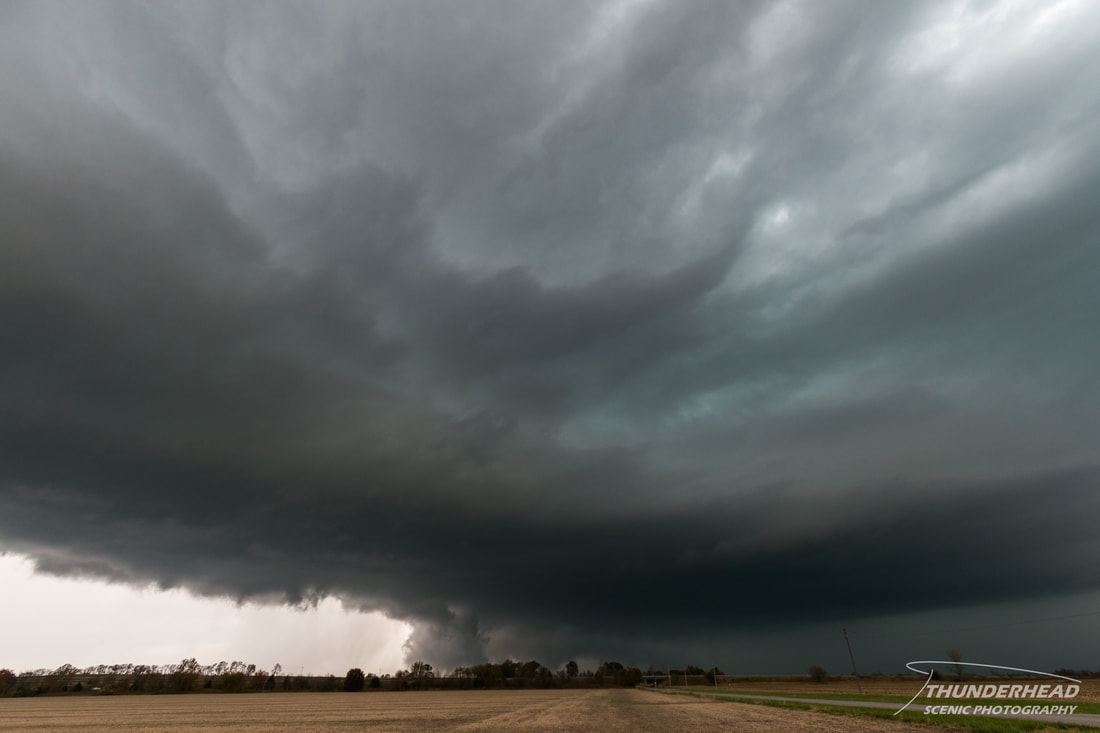 We continued southward yet again before pausing just as the surging rear flank downdraft brushed by to the north: 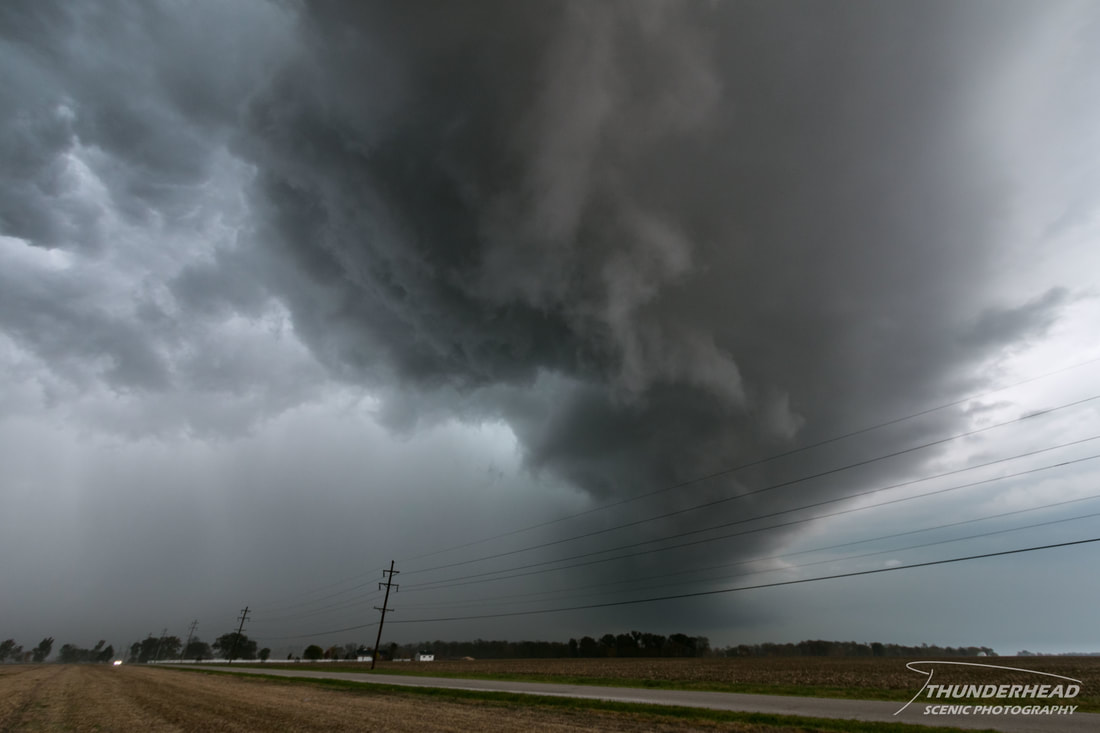 At this point, the storm's radar signature looked to have lost its "umph", so we decided to abandon it to chase a better looking storm that had just crossed the Mississippi River and was to pass to our south. We made our way down to St. Libory, IL right as the storm became outflow-dominant and started to loose its shape: 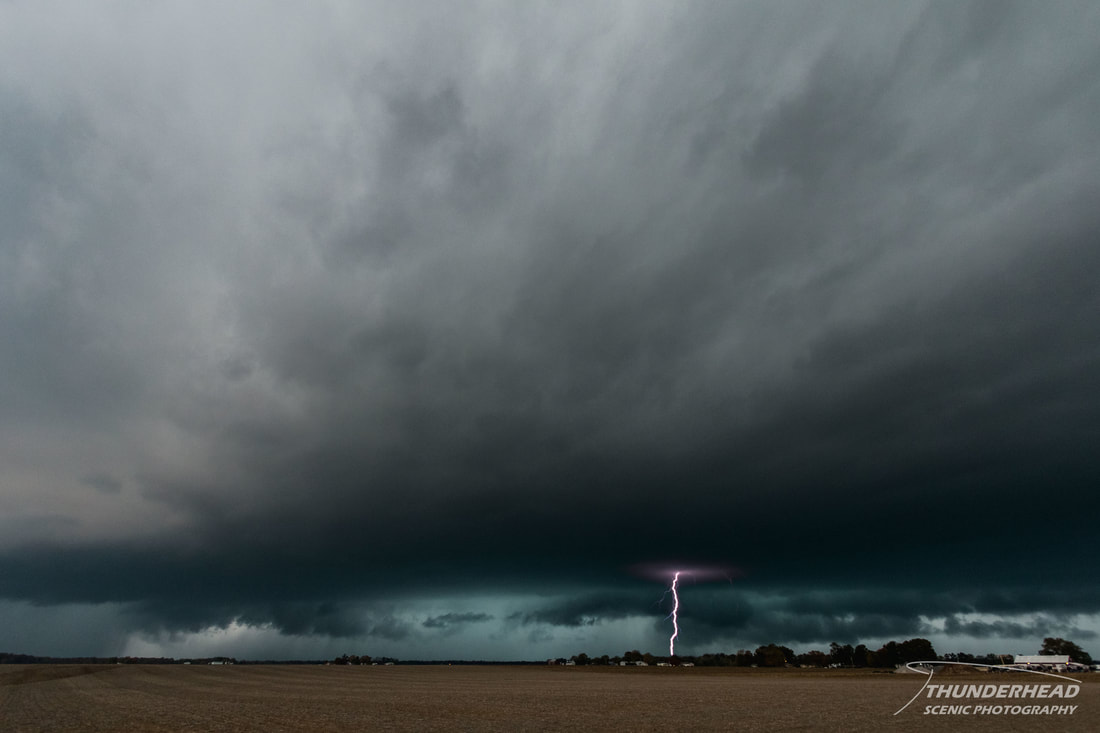 As we were watching this storm weaken, a third storm was crossing the Mississippi River to our south and had just dumped 3-inch hail on Festus, MO. We relocated to Sparta, IL and waited briefly for the storm to approach our position. As it did so, it too became outflow-dominant and weakened (see a trend here?); displaying only a little bit of structure: 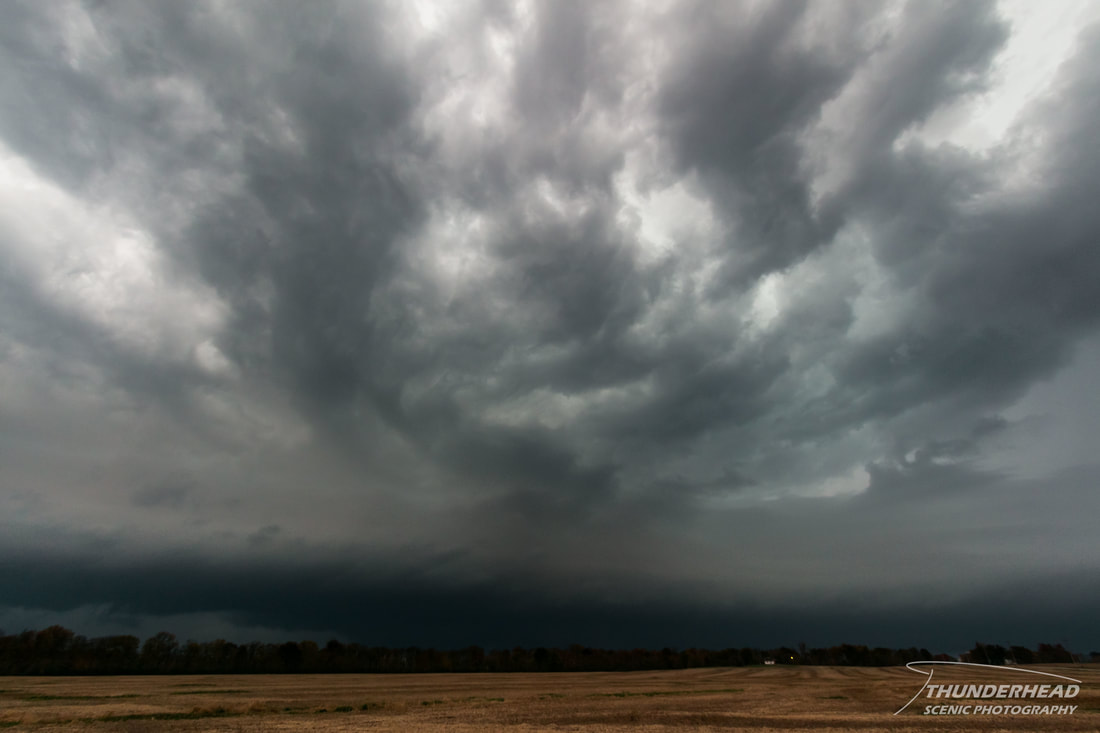 We let this storm pass by before calling it a day and making our way back home.