About a 5 days prior, the models were showing that a potent system was going to push through the Midwest on November 17. As the time got closer, things looked better and better for a significant tornado outbreak to occur across Illinois and Indiana. Unseasonable moisture and warmth was going to couple with some ridiculous shear to make any storm that fired go supercellular and spin like a top. My plan was to get up early Sunday and stay local, making it to work by 2pm. Because of this, I was targeting Effingham, IL, which wasn’t too far away from where I lived. Waking up the morning of the 17th, I noticed the sun shining through my window. Cloud cover had been a concern in terms of limiting instability, but that was not the case, which probably helped the Storm Prediction Center’s decision to upgrade to a very large High Risk area. Stepping outside, you could just feel that the atmosphere was prime for severe weather. Michelle originally had to work, but was fortunately called off, so she joined me and we left shortly after 10:30am. Storms had already been going for about an hour at this point in northern and central Illinois and eastern Missouri, but were now just starting to cross the Mississippi River into southern Illinois where we could catch them. We headed toward I-70 to make our way northeast and get out well ahead of the storms, as they were moving at least 60mph. We stopped in Vandalia, IL to plan our next move. Cells to our north were tornado-warned, but given the distance and the very fast storm motion, there was no way we could catch them. That left us with three supercells in a north-south line coming toward us from the southwest. We headed south on Highway 51 get into better position. The middle storm went tornado-warned, followed by the southernmost one, and then the northernmost cell closest to us. When we saw the warning and rotation on the northernmost one, we realized we were in perfect position for it and could clearly see the base. We pulled over and watched it approach: 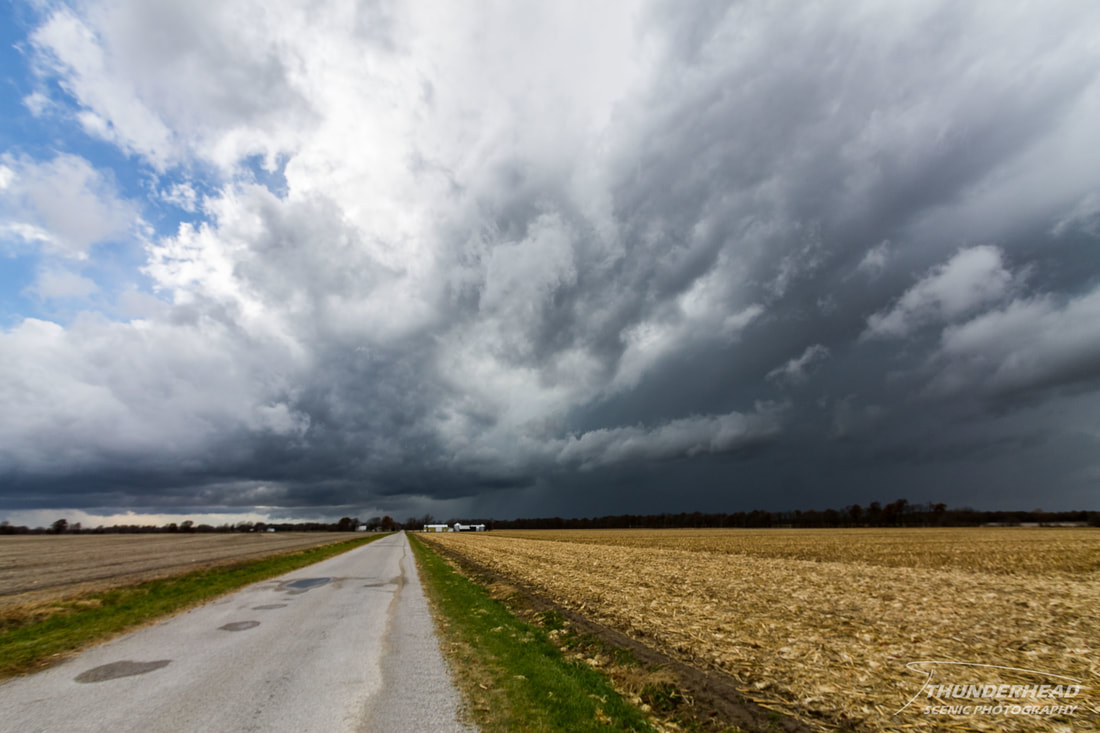 Shortly after we began watching it, it produced a long rope funnel that was visible for about a minute: 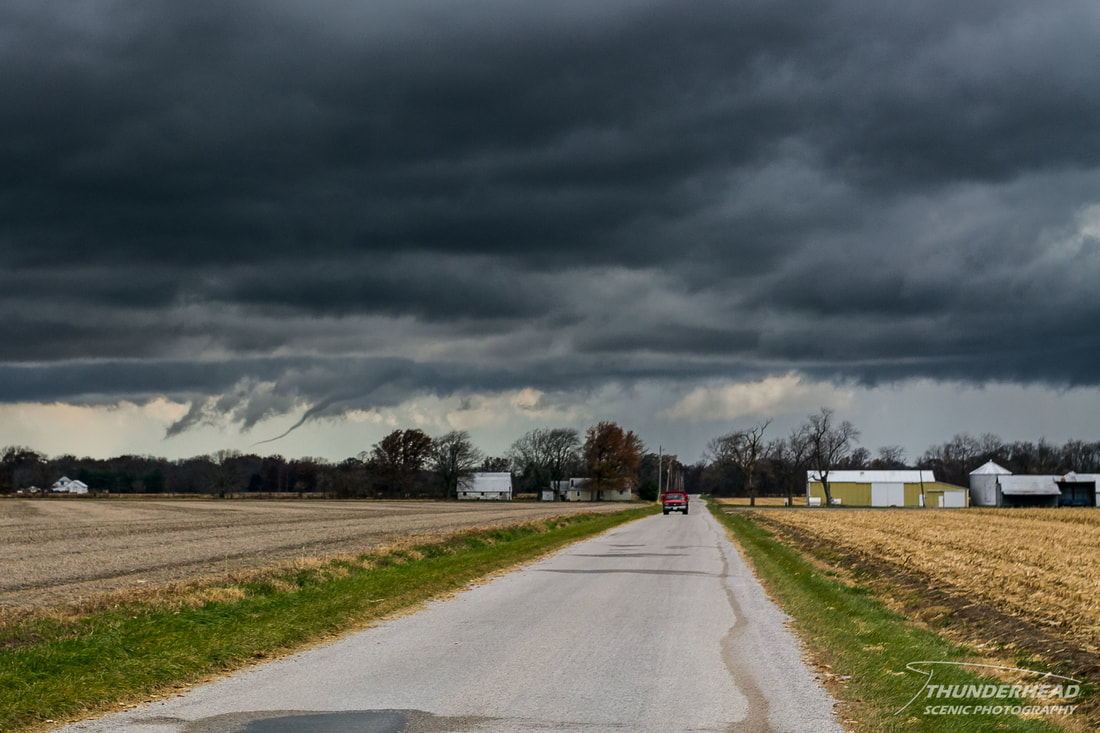 It dissipated and that was the last tornadic activity we saw out of that cell. We determined it was moving too fast for us to practically and safely stay up with it, so we watched it quickly move away to the northeast: 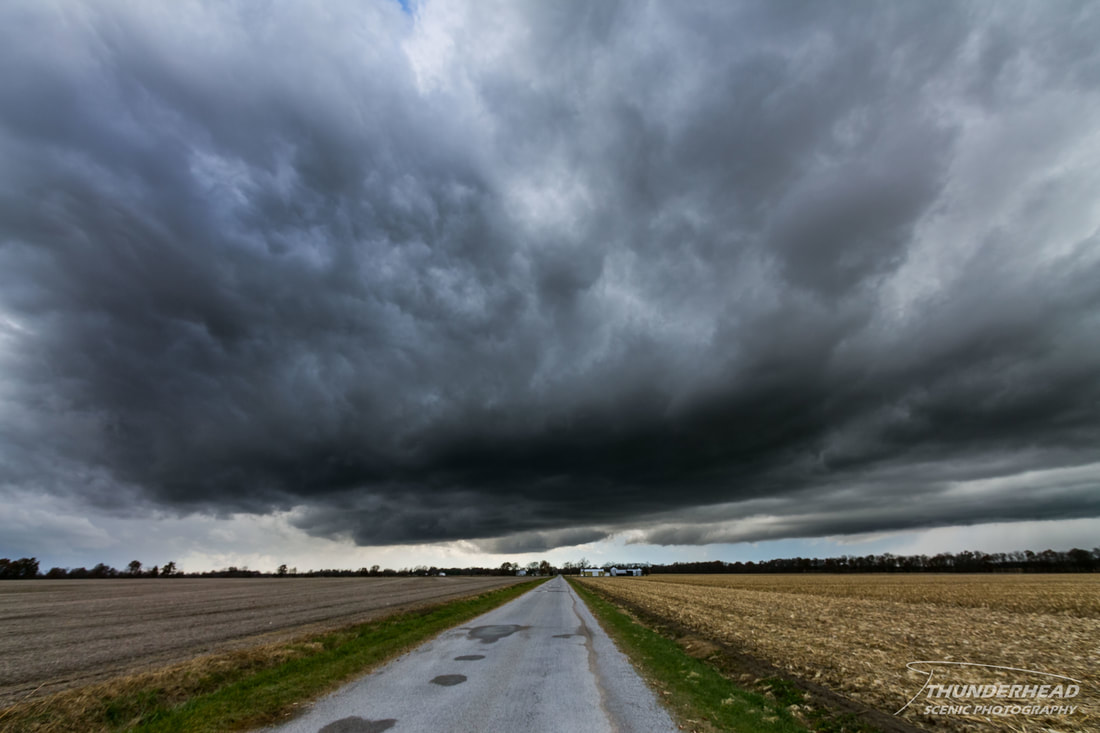 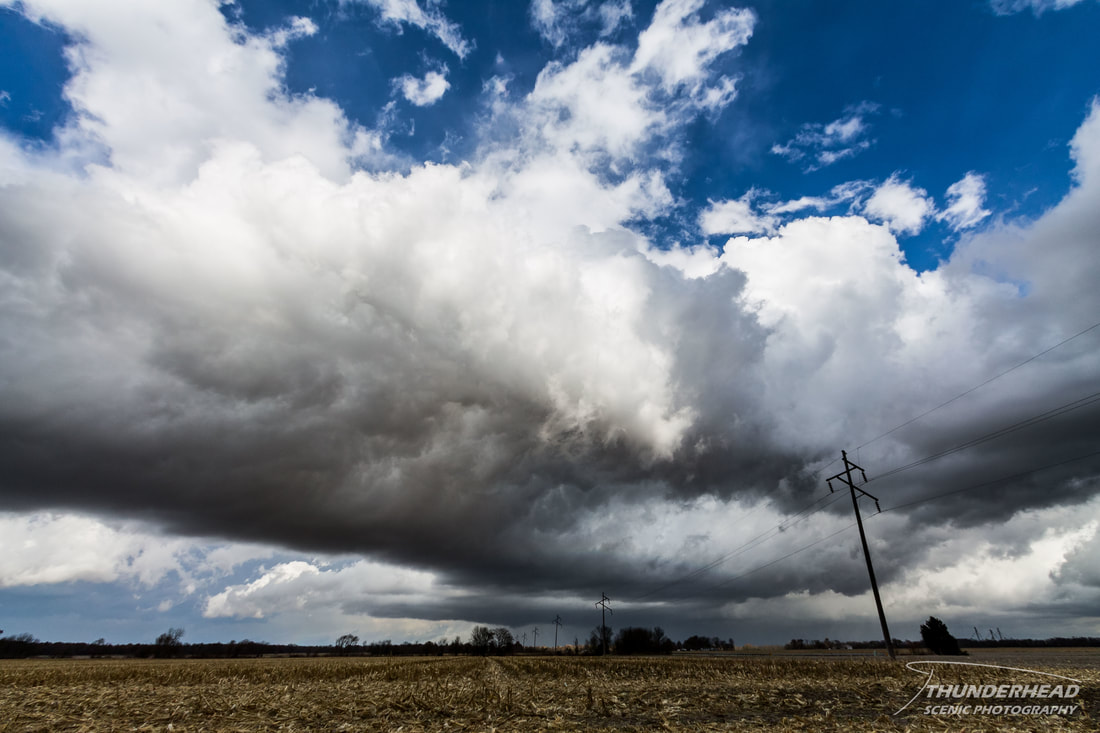 This storm would produce an EF2 tornado that tracked along I-70 east of Vandalia shortly after the above photo was taken. Meanwhile, the cell just to our south was looking mean (photo below), but there was no way we could catch it either. This was the cell that produced the deadly New Minden, IL EF4 tornado shortly before the photo below was taken. 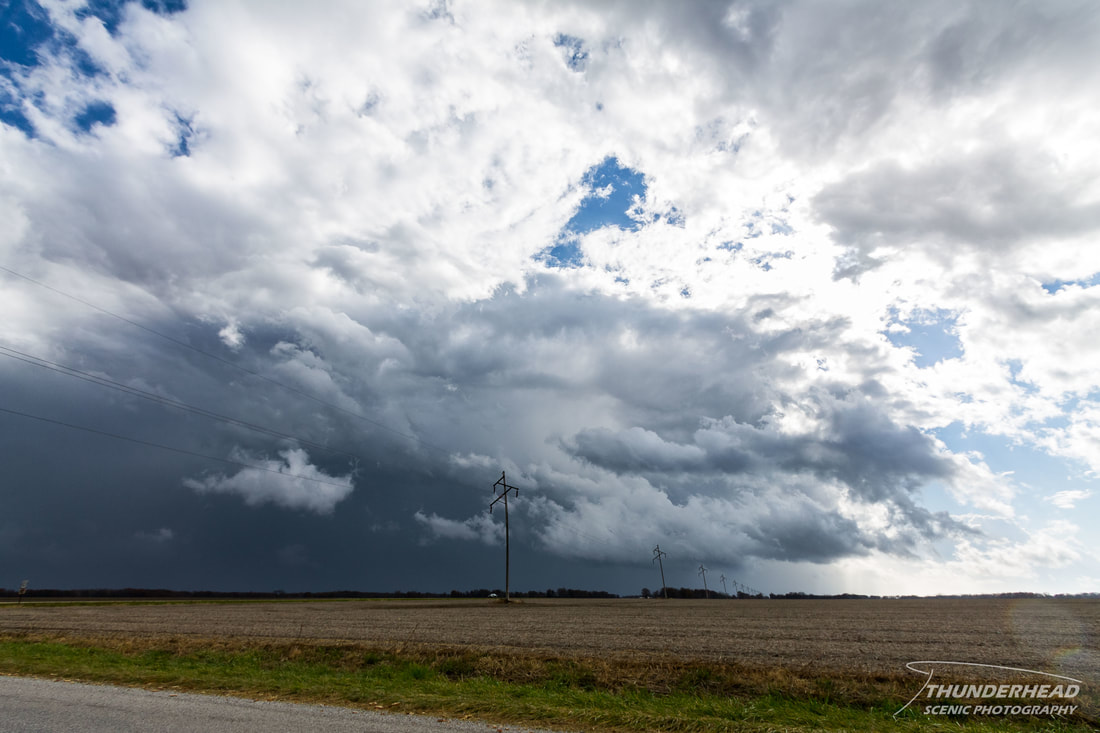 We decided that we had pretty much done all we could do in terms of chasing, so we stayed in the same spot and watched as the storms raced away to the east (first photo below) and as a small cell associated directly with the cold front approached us from the west (second photo cluster below): 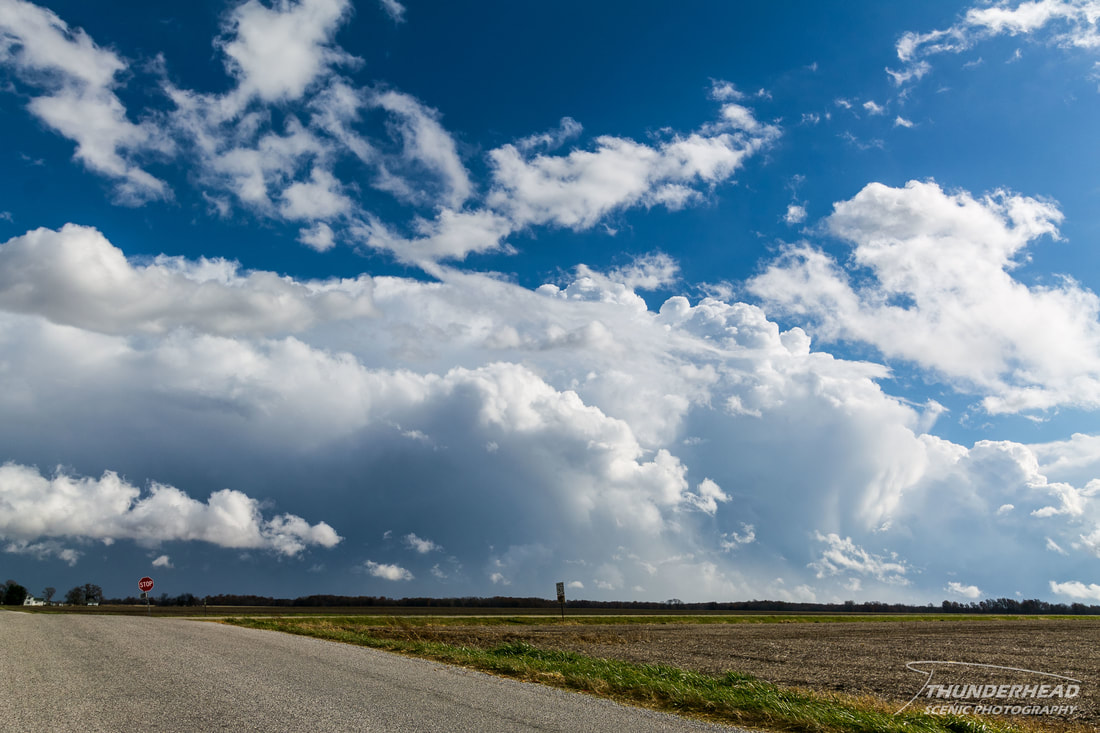 After this, we called the chase and headed back home. This was a hard event to "chase". When storms are moving at least 60mph, you don’t really chase, but mostly set up in front of a storm and watch it race by. 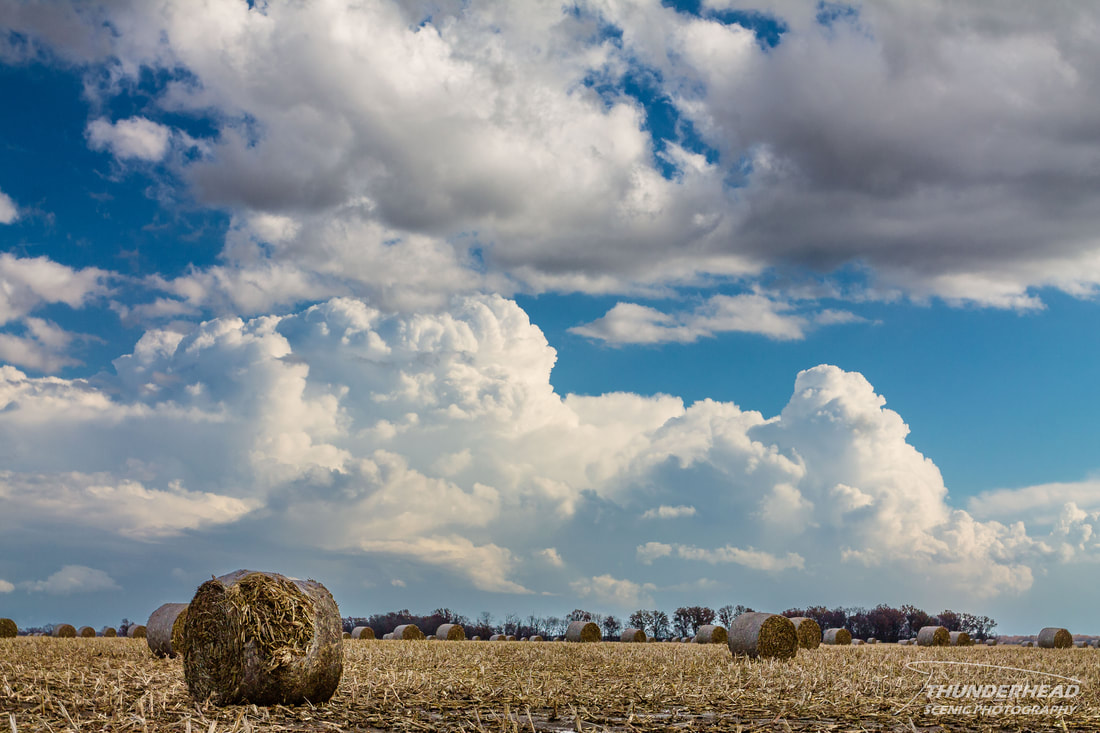 ​​
​The Storm Prediction Center's summary for this event can be found HERE.
​