Supercells in central and eastern kansas

A frontal boundary was draped across central Kansas and would serve as a source of lift for storms during the afternoon and evening. Model hodographs and were showing that supercells were possible across pretty much all of southern Kansas, and these would bring the risk of large hail, damaging winds, and tornadoes. I’m not as big of a fan of single day Great Plains chases anymore, but Salina, KS looked to be a good target and was at the upper limit of drive time of what I consider for a one-day chase.

As Michelle and I approached Salina, storms were ongoing across northern Kansas, one being severe-warned for large hail and damaging wind gusts. As this storm approached the boundary, two storms began to form to its south--just north of I-70 between Salina and Abilene. It’s hard to tell whether these storms formed along the boundary as forecast, or along the outflow of the potent storm to the north. Either way, outflow was undercutting the new storms and helping the boundary to sag southward as a cold front. The western storm closer to Salina looked very outflow-dominant and not particularly promising: 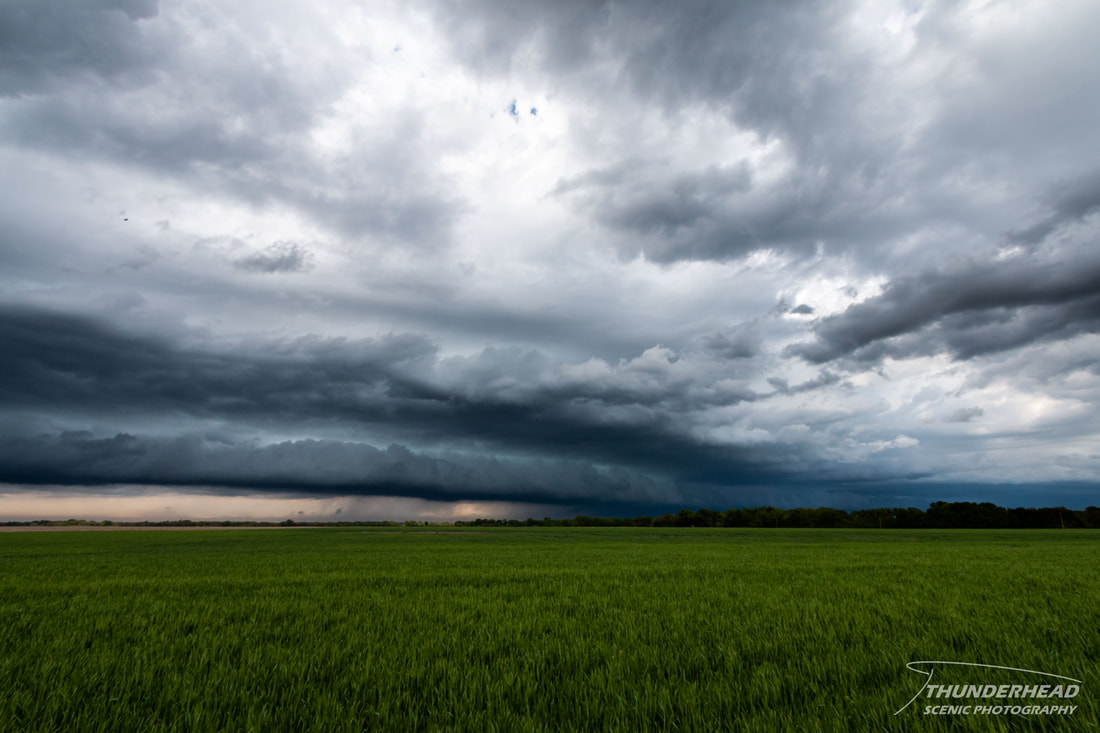 ​Seeing as this was the storm closest to us and probably the storms we had been waiting for, we followed it. It did organize nicely into a healthy supercell for a while (two photos below), and the updraft was either on the boundary or very close behind it. 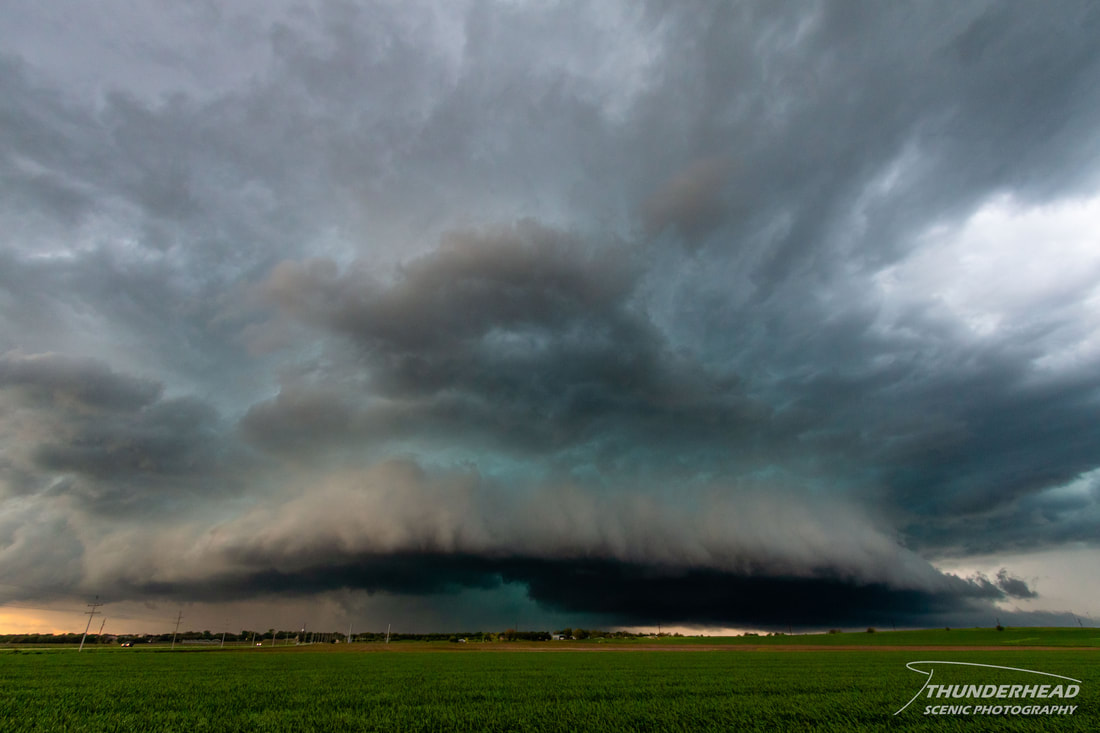 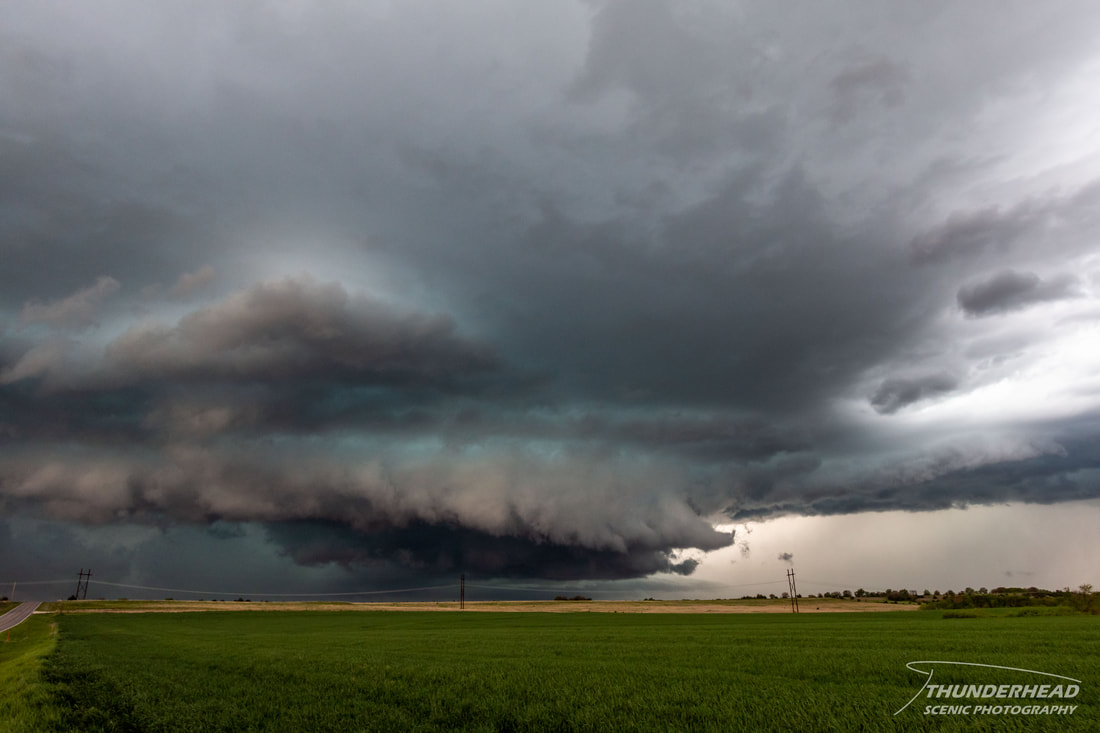 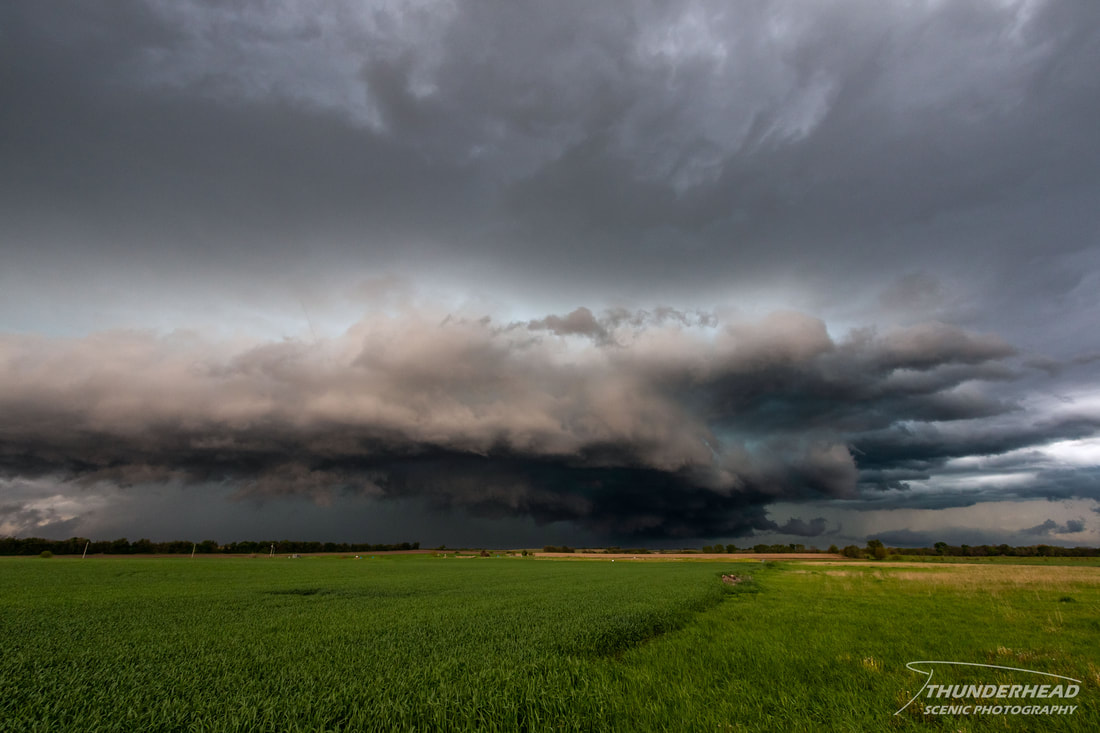 This storm did end up becoming outflow-dominant and we gave up on it (above photo). As we had been chasing this first storm, the more eastern storm had caught up to the boundary and was looking relatively healthy. We moved to get in front of this storm, but traffic and construction zones slowed us down. Seeing as storms were not performing as well as hoped and there didn’t seem to be much future potential, we decided it was time to go home. However, the previously mentioned eastern storm was closing in on our route home. We could get around it on I-35, but we would be cutting it very close to getting hit by a hail-filled RFD. Fortunately, we were able to just skirt by the front of the storm and its very beastly looking structure. Unfortunately, we cut it so close that we didn’t have time to stop for photos. Once we were clear of the RFD and hail core, we stopped briefly to photograph the dramatic shelf on the forward flank of the storm:

The ride home was mostly uneventful other that some intense cloud-to-ground lighting we saw while passing through Kansas City.

​​​The Storm Prediction Center's summary for this event can be found HERE.