There appeared to be two different areas of focus for this day: the Texas Panhandle and southwest Kansas. The convection that was to fire in the latter area was forecast to quickly grow upscale into a southward-propagating MCS. We felt that storms would remain discrete long enough to make for a good chasing opportunity in northern Texas, so we set our sights on Childress, TX. As we drew closer to our target, convection began to fire to the west of Childress. This convection grew into a north-south oriented line of about 4-5 storms and supercells, with the second supercell to the south looking the best. It had some decent mid-level banding and a very clear vault: 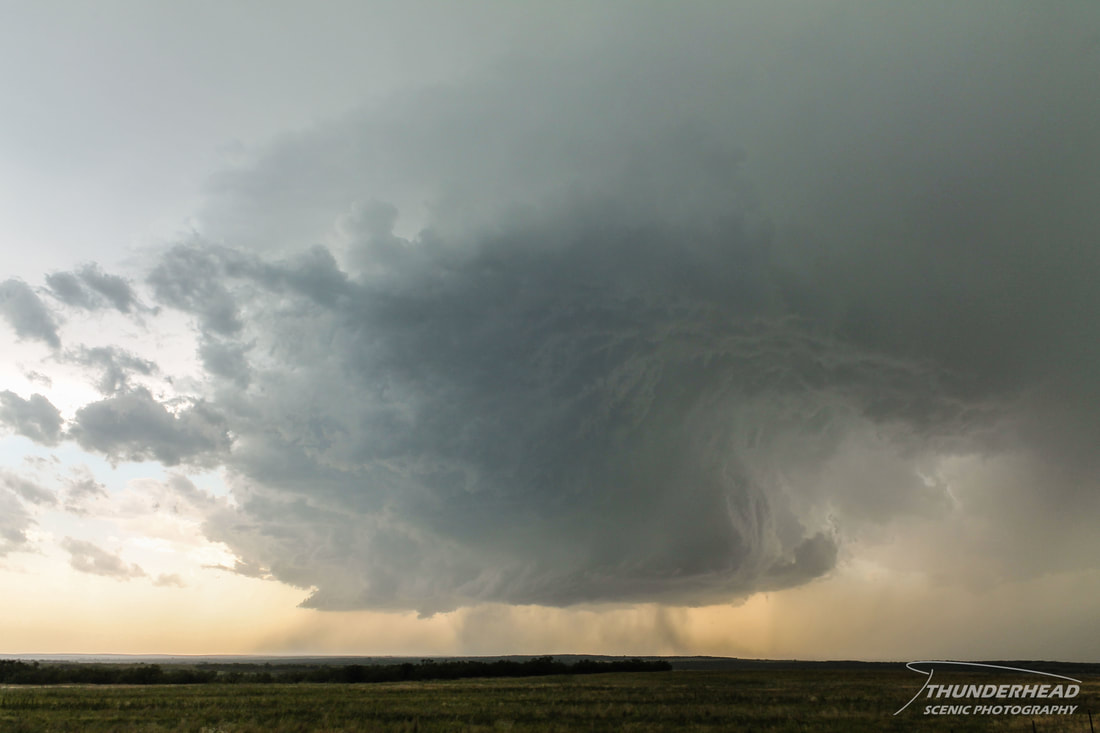 The cell to our cell's south was having a hard time figuring out what it wanted to do. It was, however, drifting slightly toward our storm, and we were concerned that it would interfere. As we attempted to dodge the weakening storm to the south, our storm began looking better. However, just as quickly as that happened, the southernmost storm intensified considerably and turned right into a more favorable environment. Given that we were directly to the north of the southern cell, we had to figure out how to efficiently get to its south and better position ourselves. We carefully made our way down Highway 83, skimming the edge of the massive rear flank downdraft and area of huge hail as the storm pushed eastward. We were successful, emerging on the southern flank of the storm, right next to its messy wall cloud: 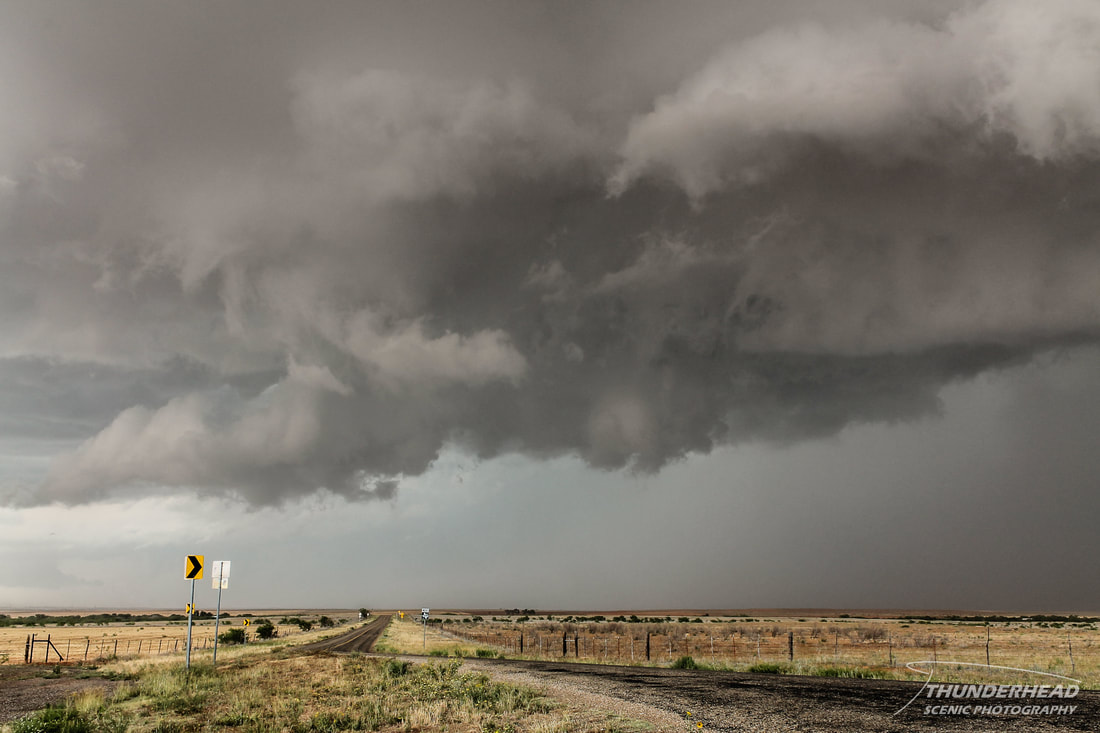 We continued to try to get into better position, which was difficult, given the spotty road network. We finally got out ahead of the storm somewhere between Guthrie and Benjamin, TX, where we stopped to watch it for some time. It was a monster with a bell-shaped meso (photos below). We were in some of the strongest inflow I've ever experienced while at the location of the first photo below. You had to yell at people standing next to you just to talk, hold tripods down, and struggle to stay upright in what were probably 50-60mph winds flowing into the storm. 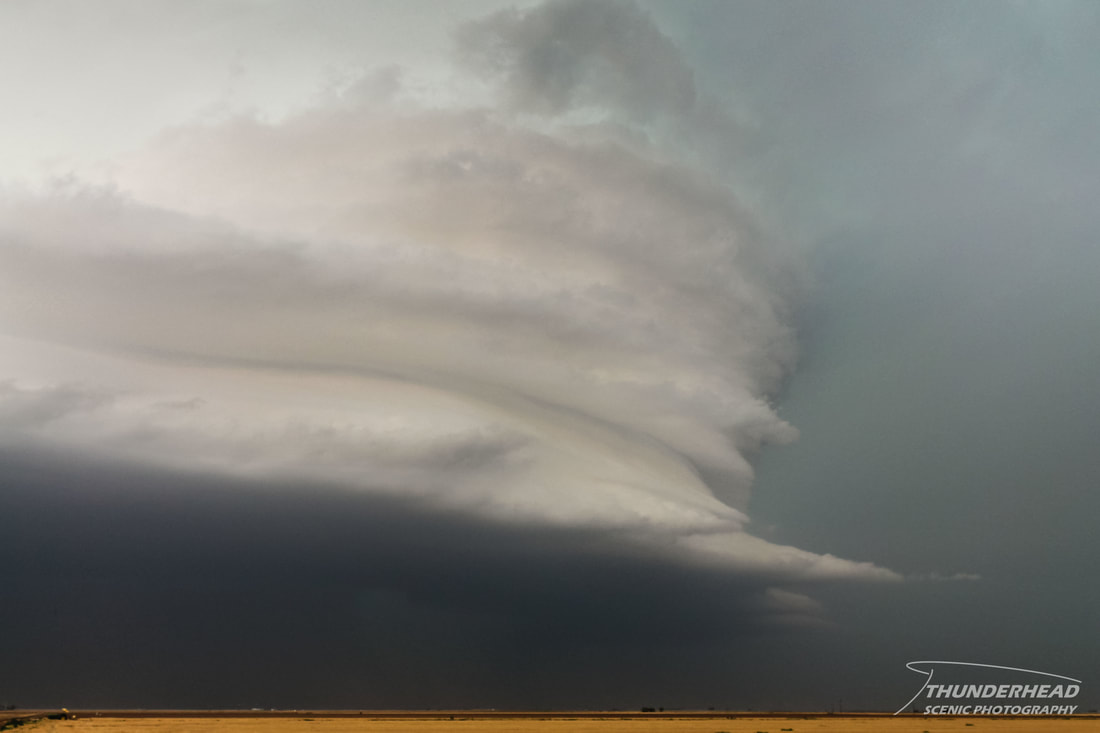 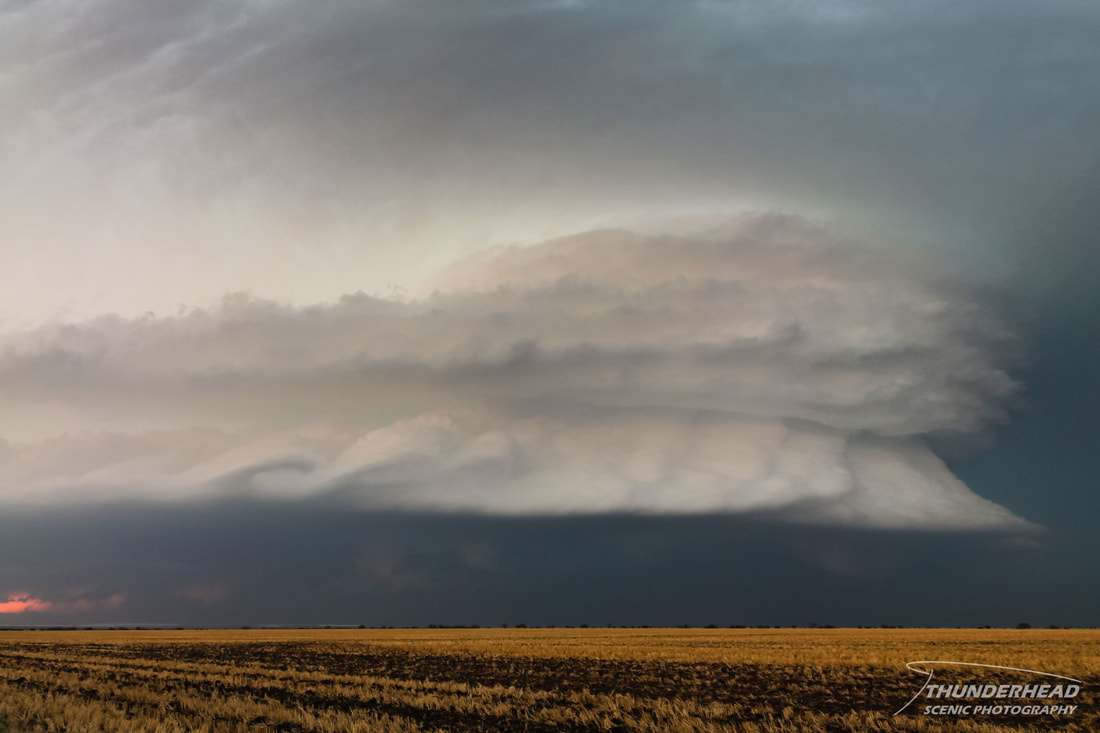 From what we could see on our spotty radar data and from reports from the Weather Lab back at COD, this storm had some strong, low-level rotation. There were some tornado reports on it, but the limited road network, reported softball-sized hail, and the fact that the storm was HP hindered us from going into the storm to verify those reports. Plus, what are the chances that a tornado was going to look better than this storm? It also was producing a stunning display of mammatus in its anvil: 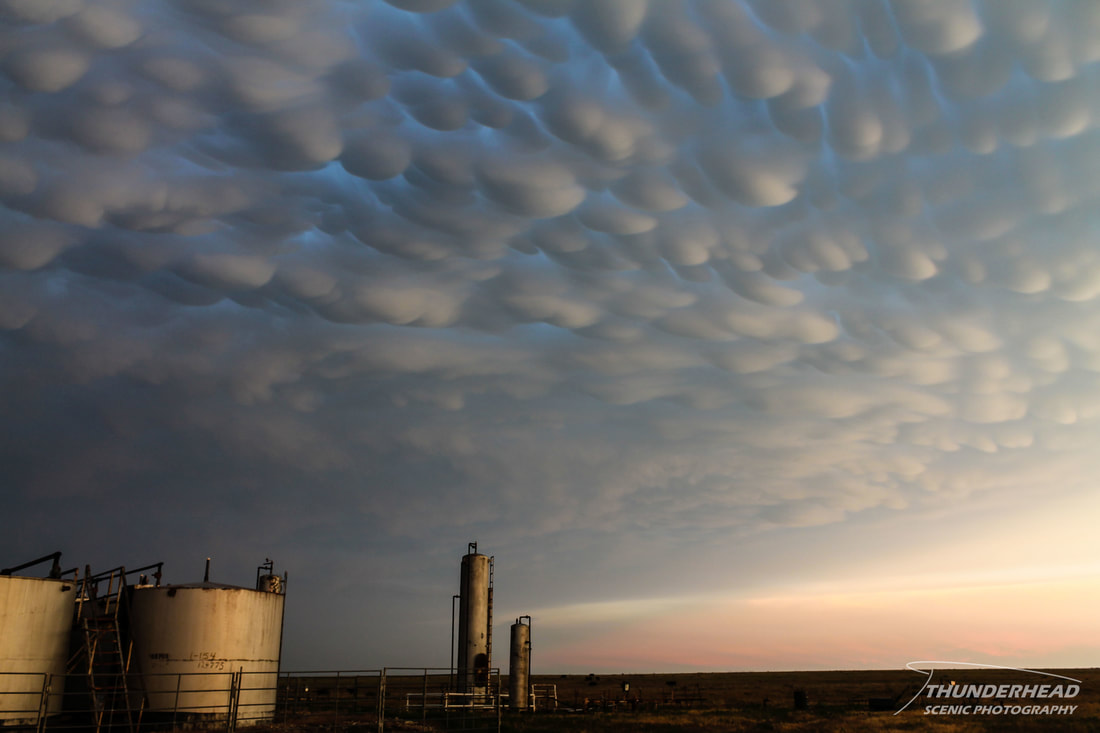 We kept up with it as it continued toward Throckmorton, TX, but it was beginning to weaken. However, it still looked great in the setting sun, and the mammatus deck was still going strong: 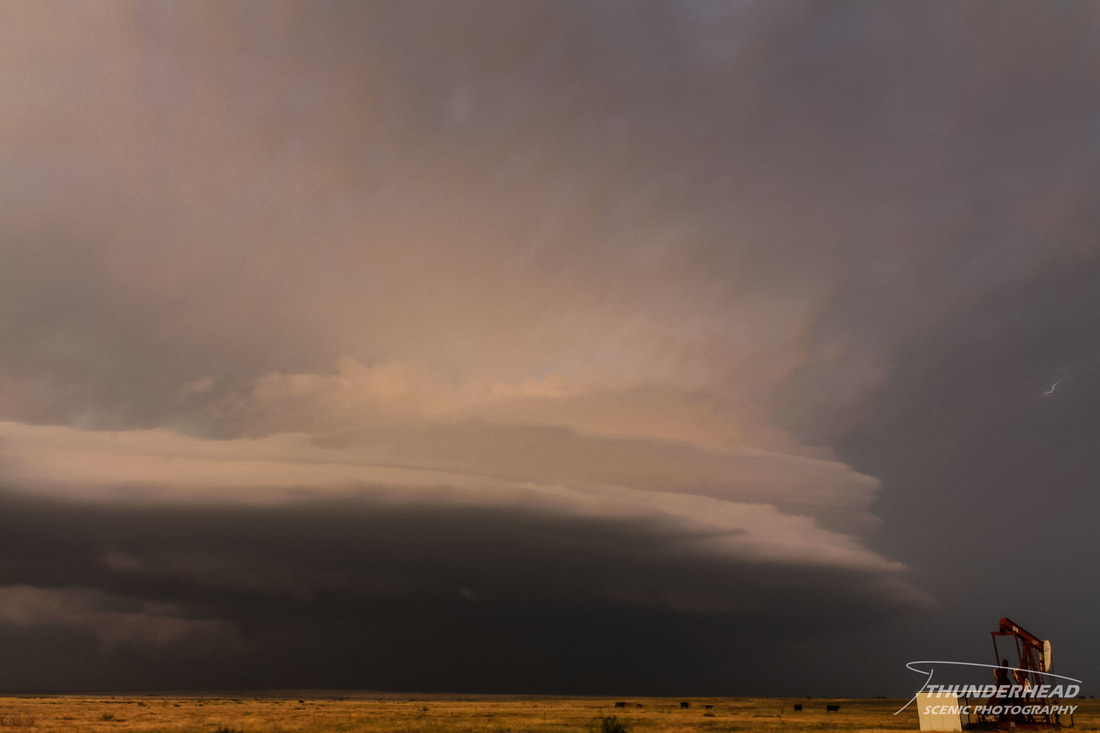 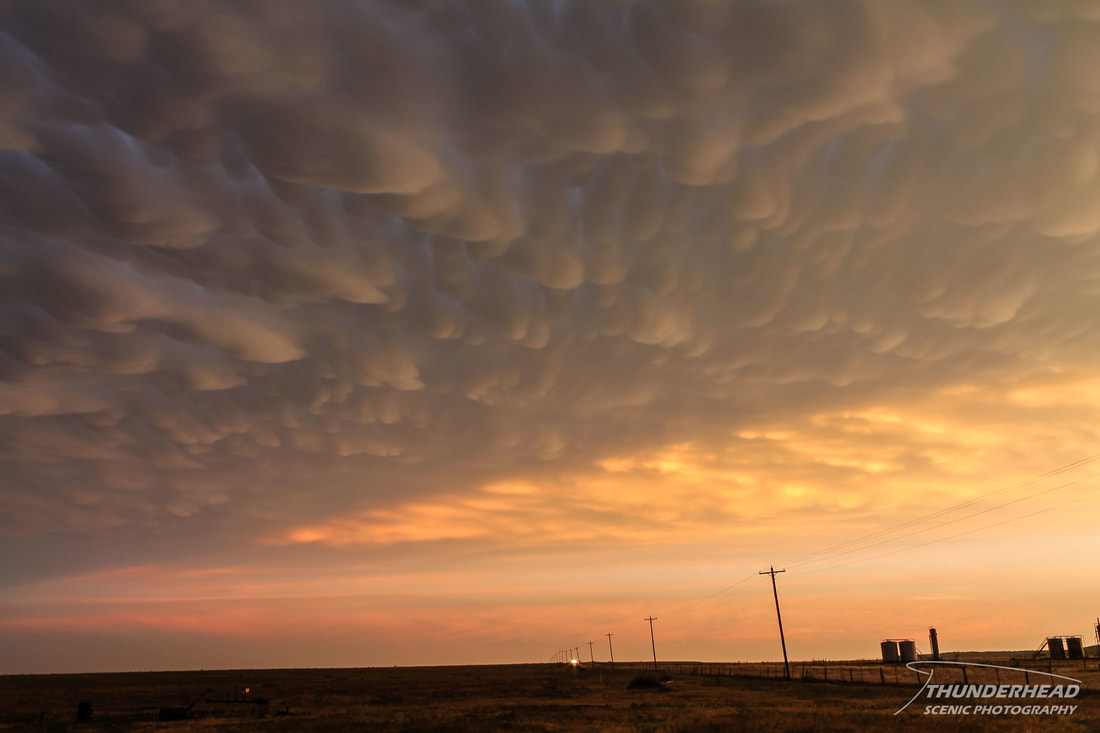 We called the chase near Throckmorton and headed to Abilene, TX for the night.

​​The Storm Prediction Center's summary for this event can be found HERE. ​