Shelf clouds are fairly common, as they typically form when a storm begins to weaken, causing rain-cooled air to sink to the surface and spread out. The edge of this cool air is commonly called a gust front. These gust fronts act like miniature cold fronts as they push outward from the storm, causing moderate to strong winds and a drop in temperature at the surface. Not all gust fronts produce shelf clouds, and if they do, not all shelf clouds are scenic. However, when they are, they can be absolutely beautiful and otherworldly.
​
One of my photography bucket-list items has been to get a sunlit shelf cloud. This may not seem like that difficult of a goal to achieve, but it’s harder than you might think. Most weather moves across the country from west to east; thus, so do storms. Storms typically occur in the evening when the sun is in the western sky. For different types of storms, the best features are usually on the “front” of the storm (relative to the storm’s motion) i.e., the side facing east. Therefore, these features are seldom illuminated directly by the sun. The storm would either need to be moving roughly westward in the evening or roughly eastward in the morning. The former scenario is obviously much more difficult to come across than the latter, but there was an exception on the evening of May 29.

The remnants of subtropical storm Alberto were pushing north and passing just to the east of the St. Louis, MO region. It was late in the evening, and I was watching rain bands spiral to the east of my location on radar. One of these bands north of the low was moving westward. While it looked rather crappy and unorganized, the sky to the west was relatively clear and was letting in a decent amount of light from the setting sun. Even though this scenario did not hold much promise, I decided to chance it and head eastward on I-270/255 to see what I could find. As I approached the Mississippi River, I was greeted by a bright white shelf cloud on the horizon. Once crossing the bridge, I found a spot on a levee near Columbia, IL to sit and watch as the now orange-tinted shelf approached me: 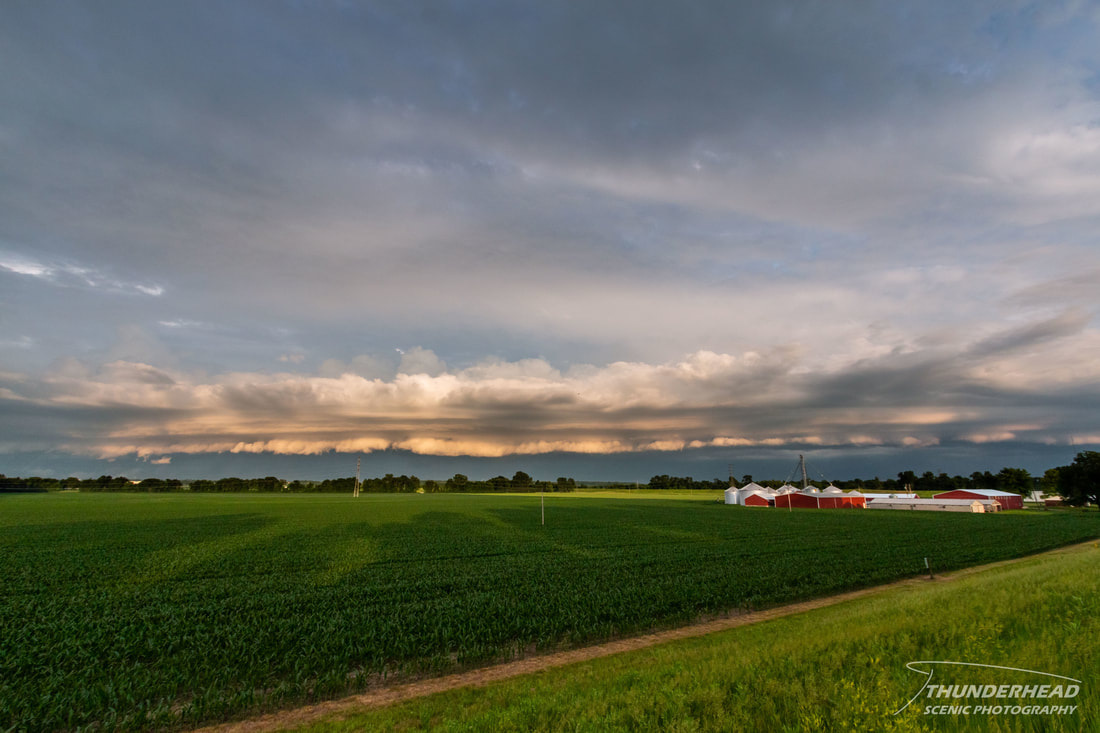 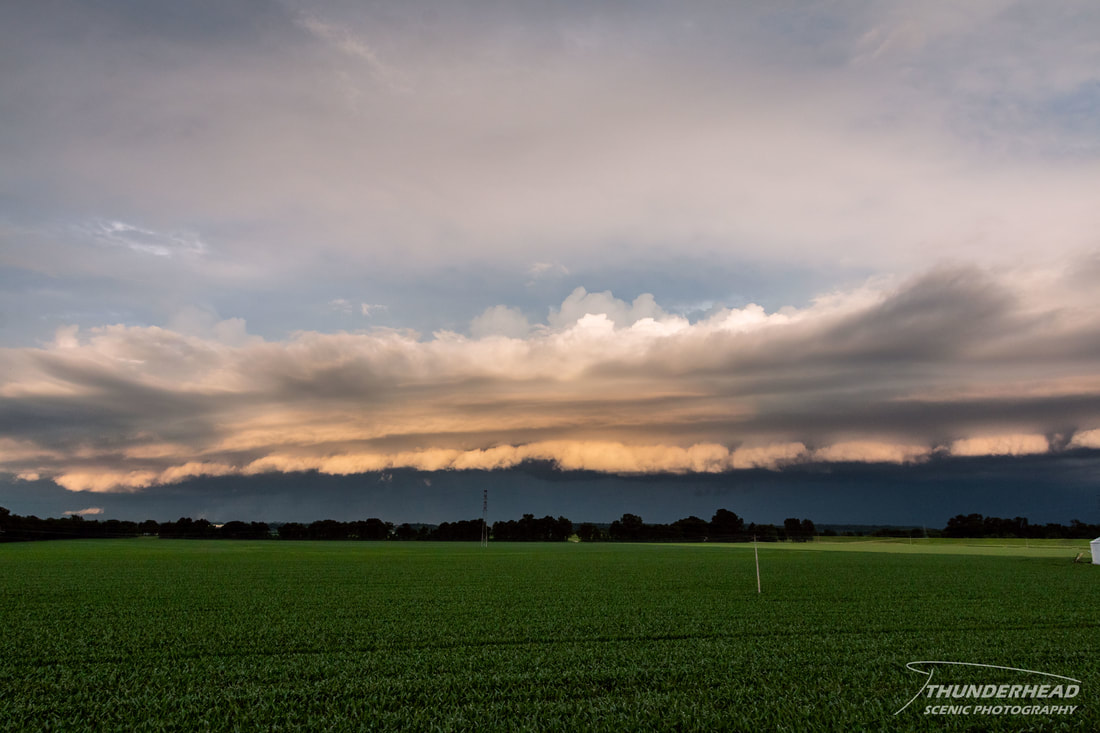 Clouds on the western horizon eventually blocked the sun, causing the shelf to transition to a typical grey appearance:
As it drew closer, it looked to lose its crisp structure on the leading edge, so I let it pass over me; revealing a very turbulent underside: 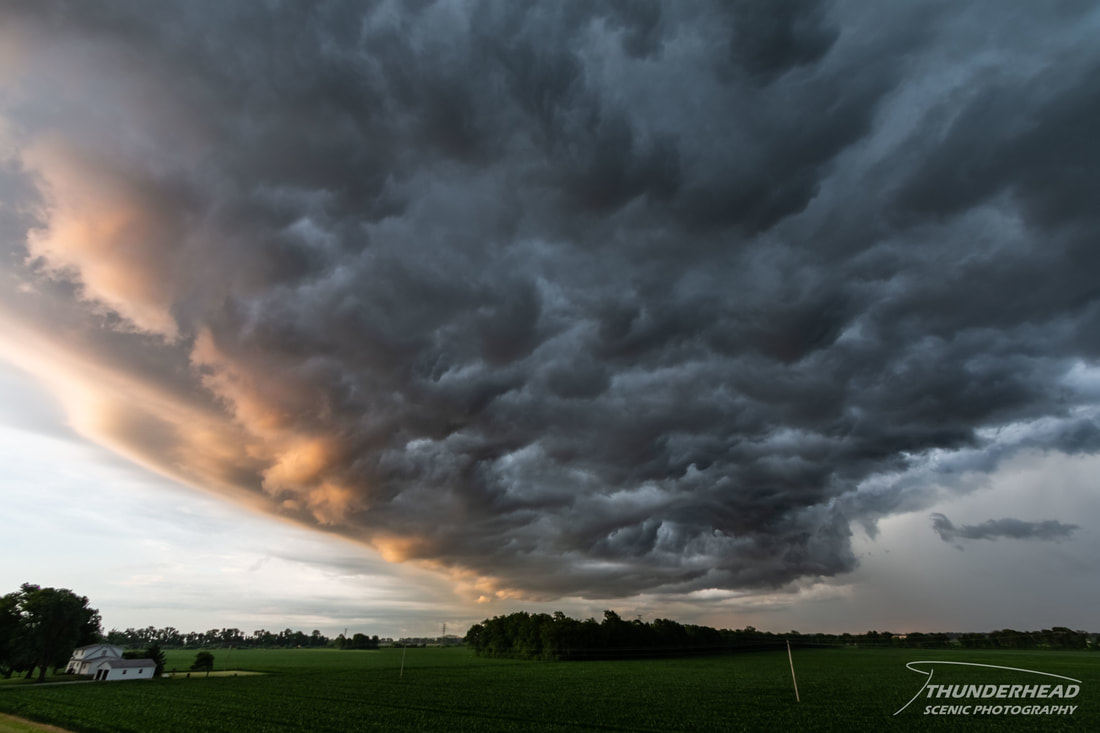