​Supercells were forecast to fire along the dry line across Oklahoma, with the main threat being large hail, but a tornado or two couldn't be ruled out. We targeted a cumulus field in northwest Oklahoma and waited patiently as several towers went up. A few of these turned into storms, and we decided to stick with the southernmost one. It was slow to get its act together, but eventually began to exhibit an organized base: 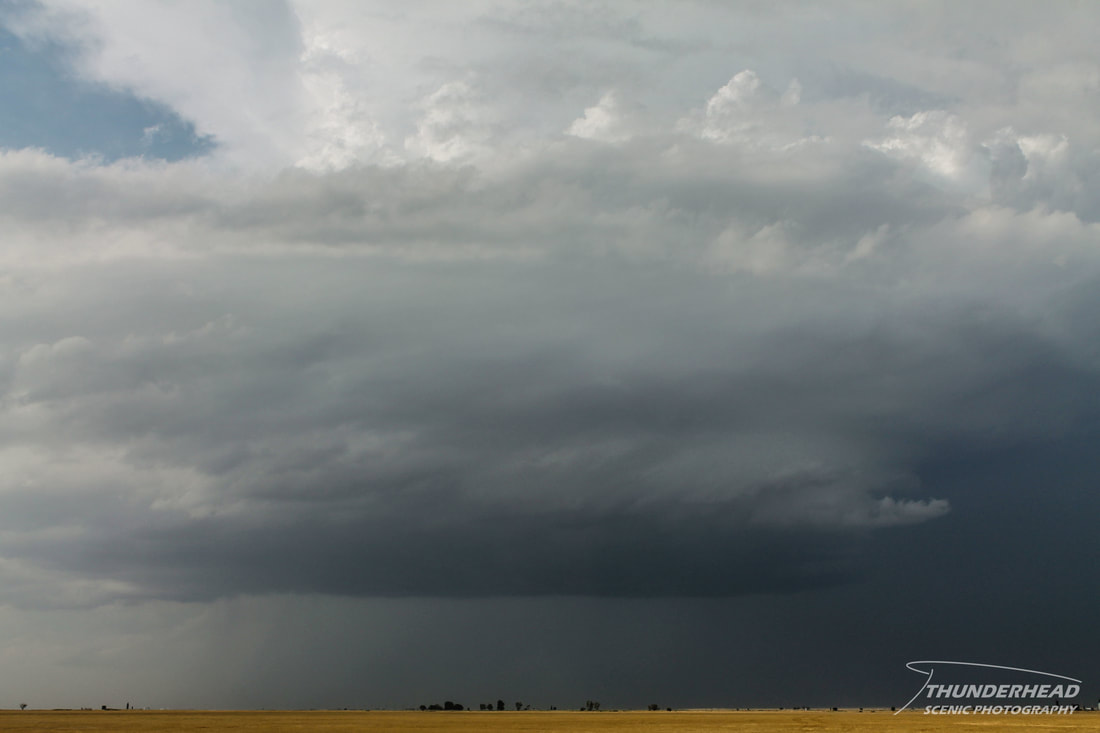 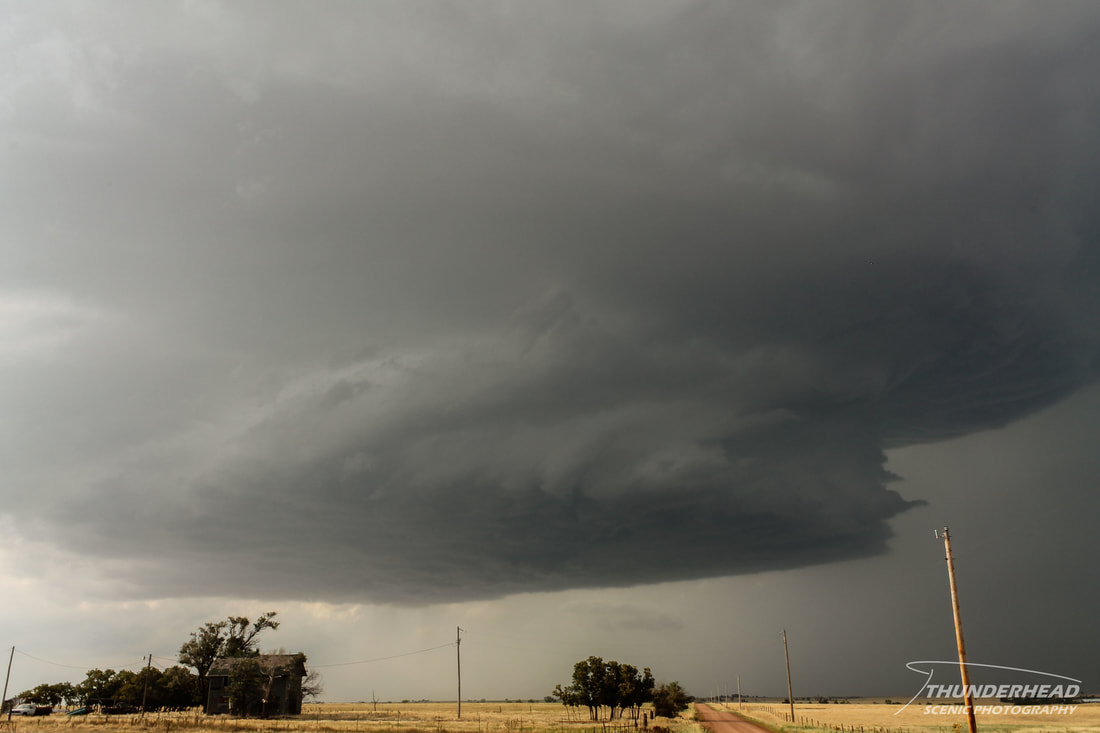 As it continued to move southeastward, it moved into in a better environment. This resulted in the meso kicking it up a notch, as we noticed an increase in inflow and impressive mid-level features:
We followed it through central Oklahoma for the next couple of hours as it tracked southeastward toward Oklahoma City, OK. It displayed some lowerings and kicked up dust as it cycled several times through its journey, but failed to do anything more than that: 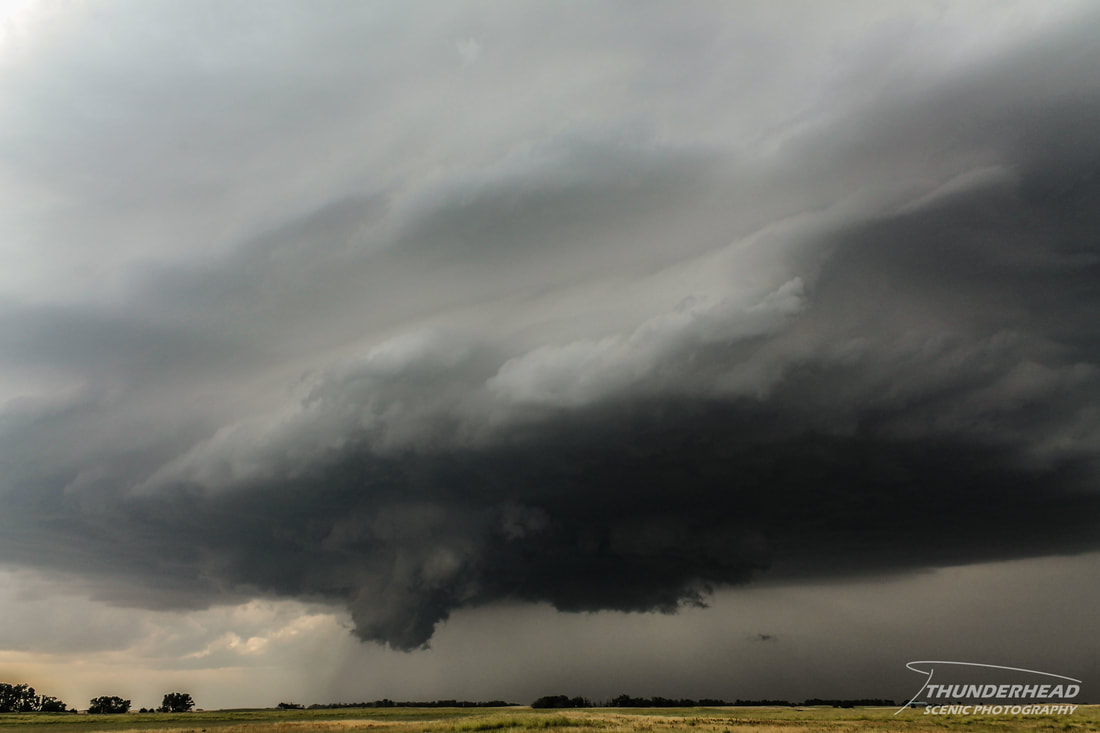 While this was happening, a cluster of storms and supercells was ongoing over southwestern Oklahoma. A supercell in this area split, and the left split maintained itself as it traveled to the northeast toward Oklahoma City. Not only did it merely survive, which is usually all you can expect out of a left split, but it was severe-warned and was set on a collision course with our cell right over the OKC metro. As our cell neared the city, it cycled once more and lost its impressive features: 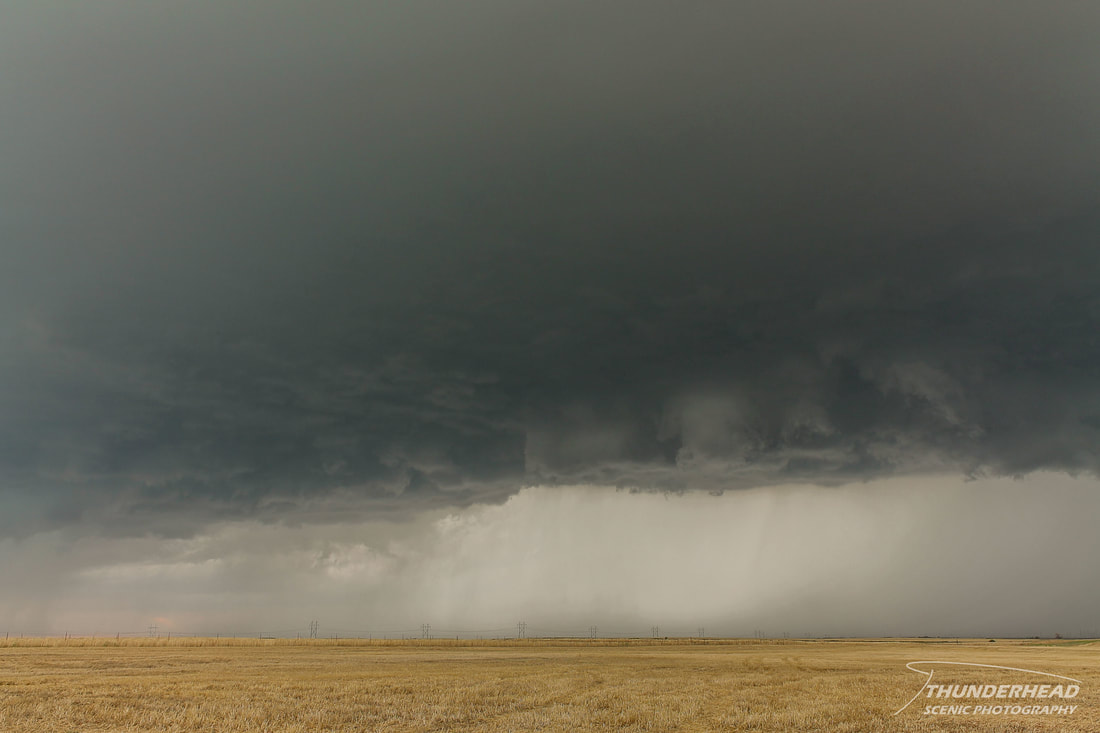 We kept our faith in it, though, as we stayed with it. As we neared Piedmont, OK, the left split came into view: 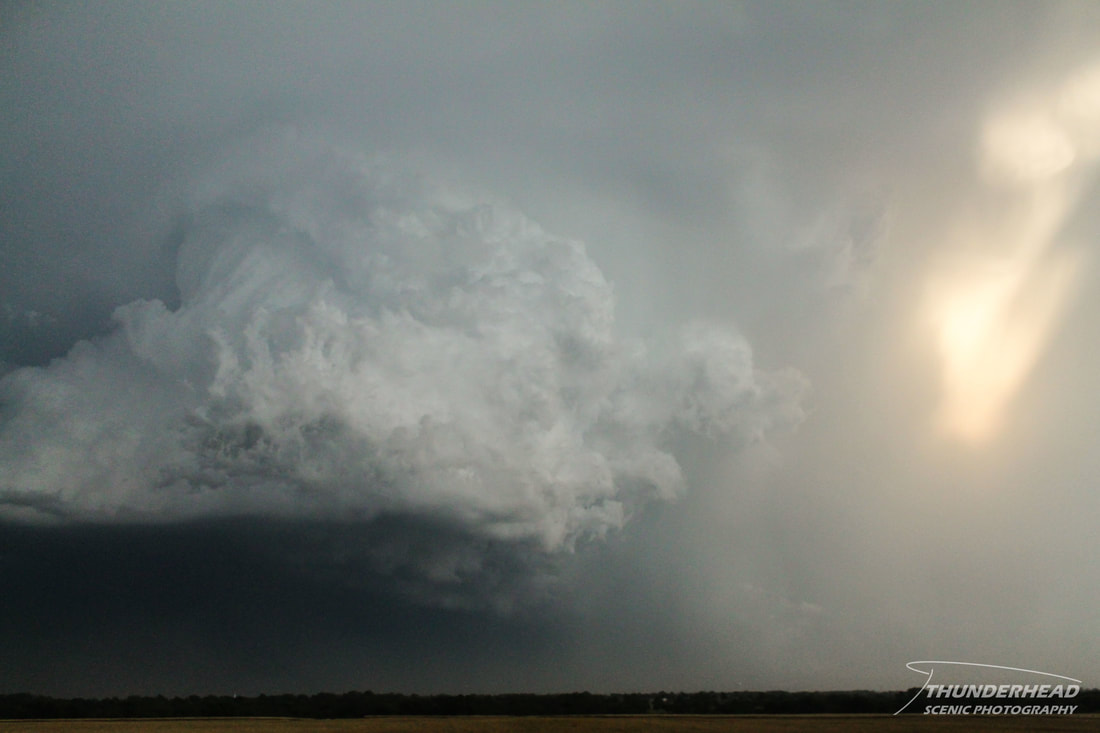 At this time, things began to move very fast. Our cell had gone from the dud you see two photos up to starting to take on a cinnamon-bun appearance: 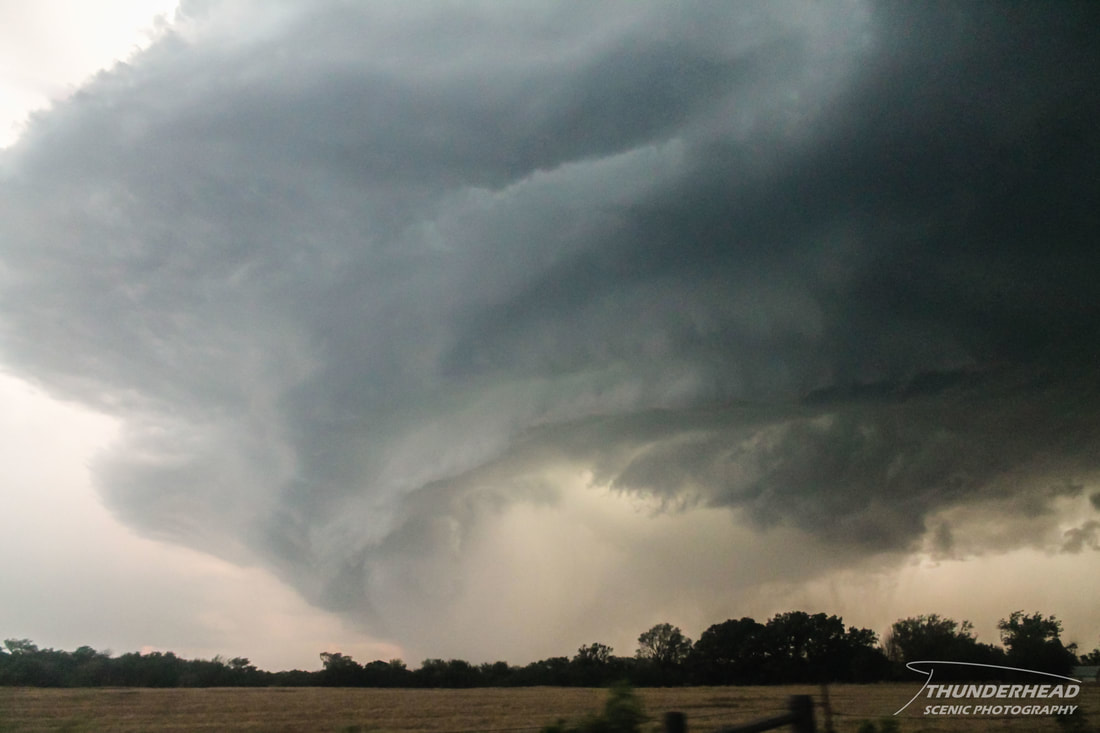 The structure on this cell went insane. It will probably be one of the most beautiful supercells I will ever see: 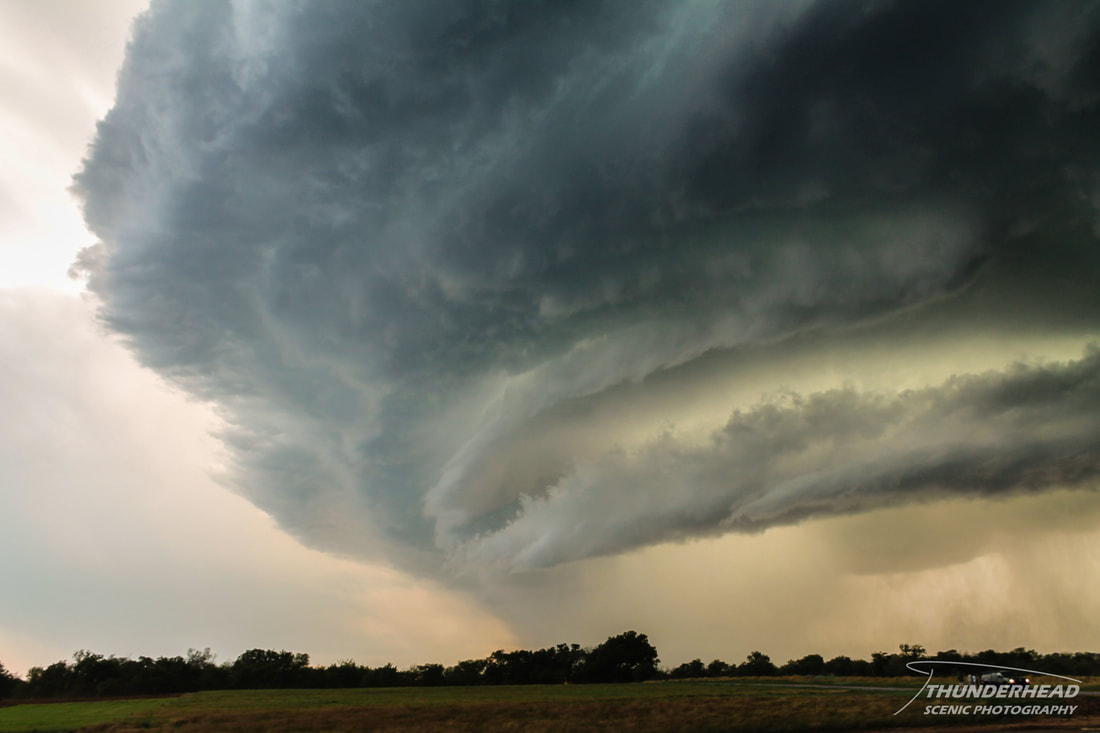 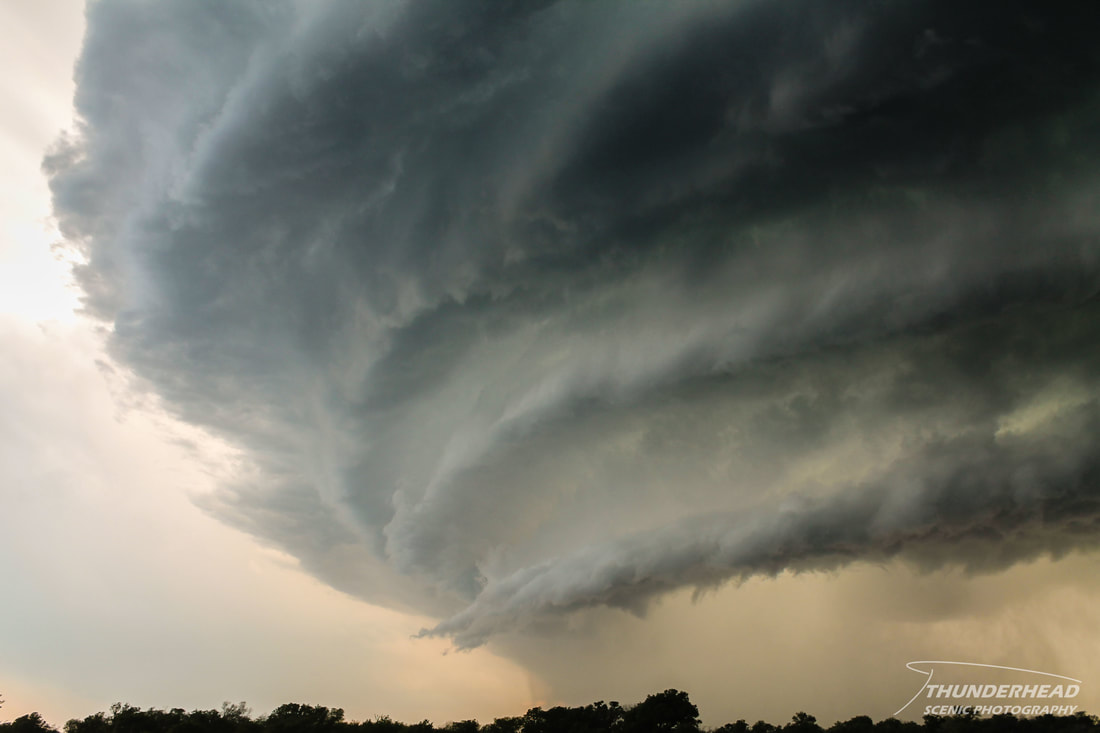 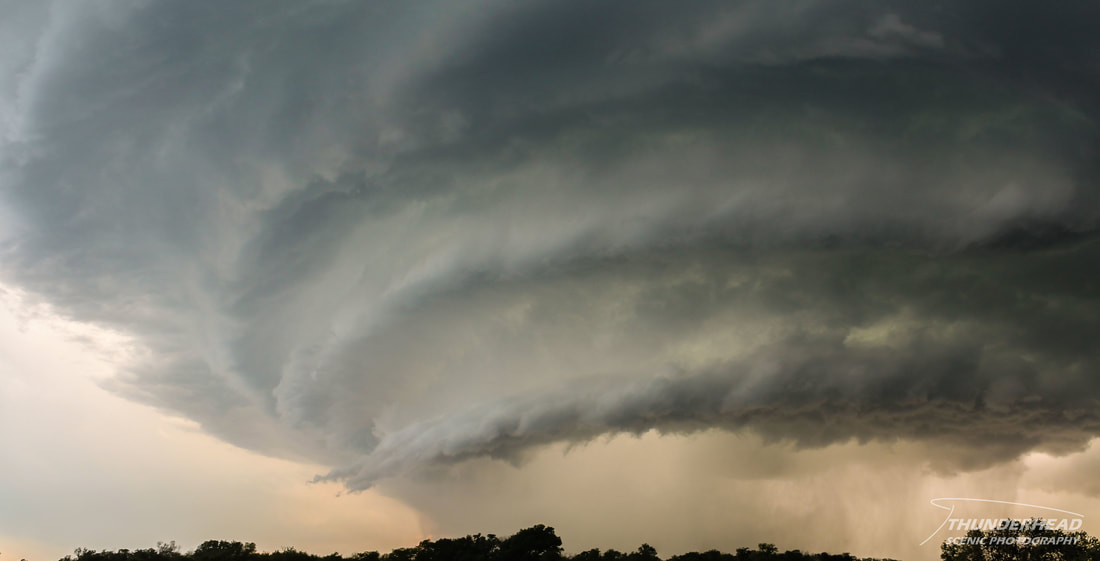 As we're all sitting in a field watching this beautiful monstrosity with our jaws on the ground, we failed to notice that a gust front associated with the rear flank downdraft of the left split was intercepting our cell. As this gust front passed under our cell, it gave it a "dynamic push" and most likely aided in our cell producing a short-lived EF1 tornado: 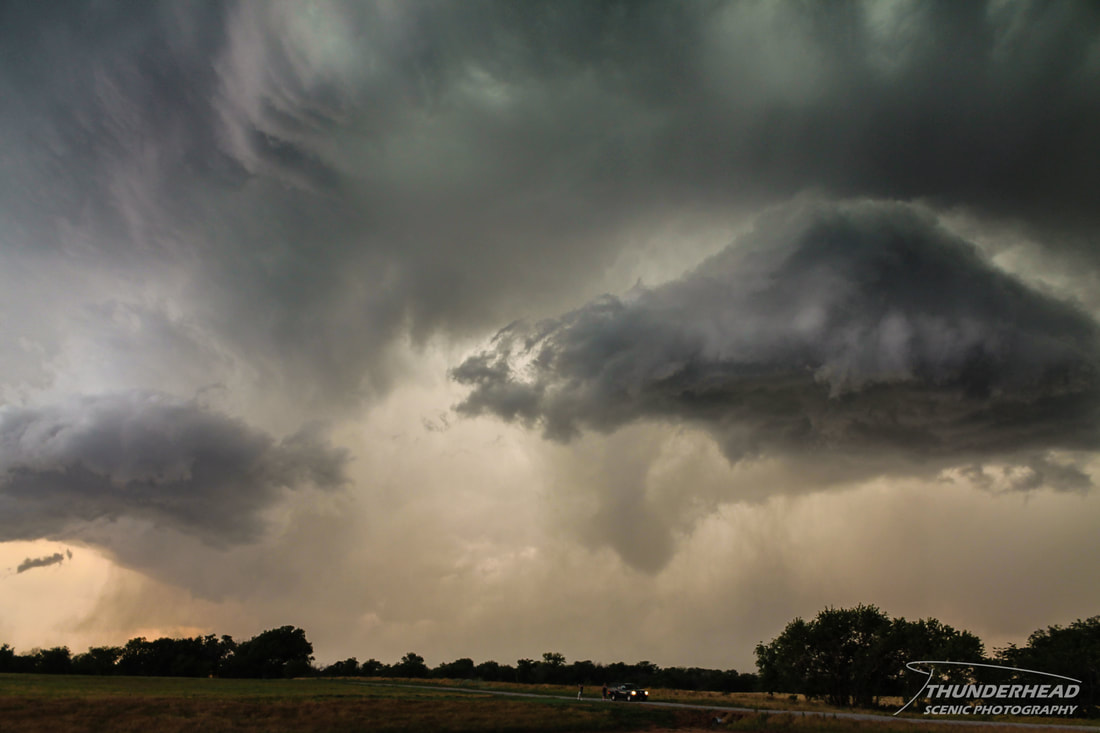 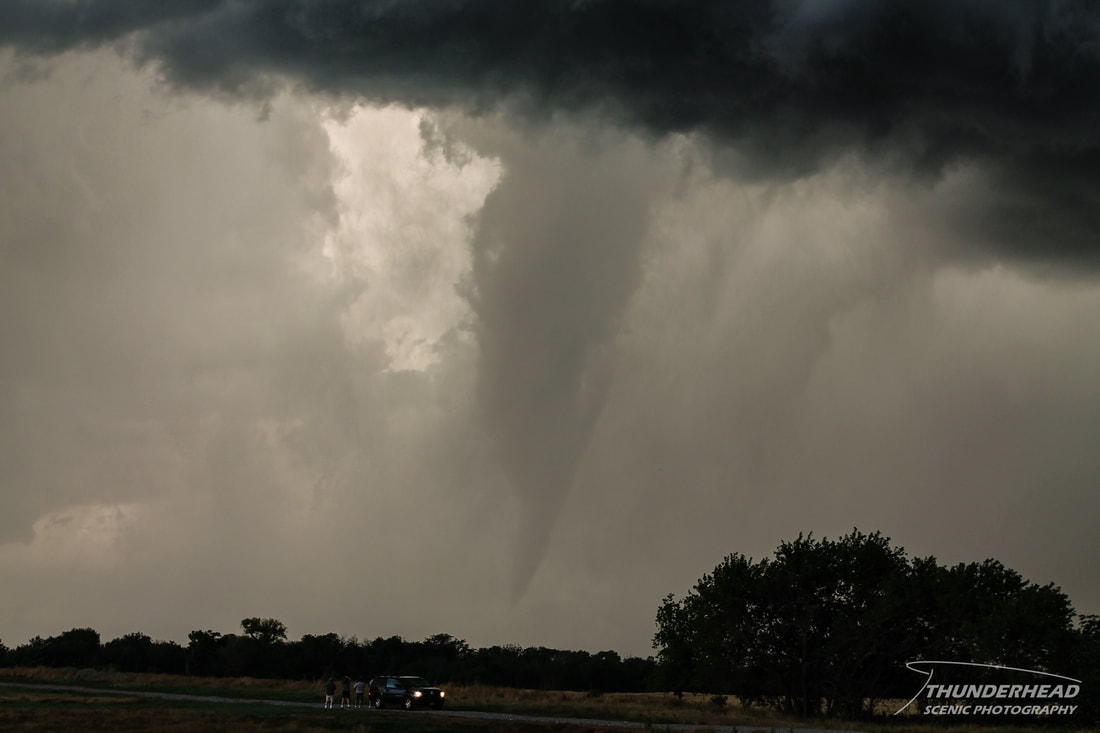 ​The cool thing about this tornado was that the Storm Prediction Center called this exact situation happening about 10 minutes prior in an Mesoscale Discussion:
Below is a GIF of reflectivity and storm relative velocity from KTLX of the two storms colliding:

After the tornado had dissipated, we relocated to the south for better positioning. Our cell had begun to merge with the left split, creating a massive, swirling abomination of a storm right over OKC that quickly died. Chaser convergence was also becoming an issue, and additional supercells were moving in from the west-northwest. We set our sights on those, moving into view of the southern-most one right at dusk as it put on a display: 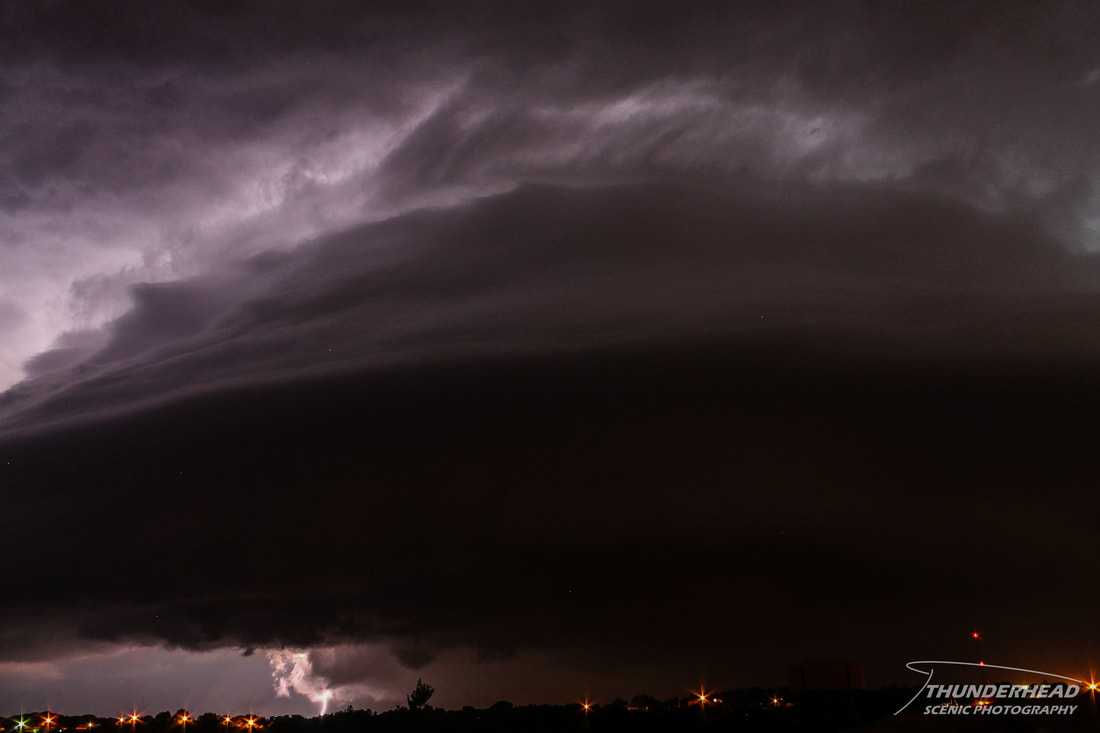 This storm produced a tornado as well, rated EF0. Its associated wall cloud and/or the top of the tornado can be seen above the tree line in the bottom right of the below photo. This photo was taken between the time of top two photos above. 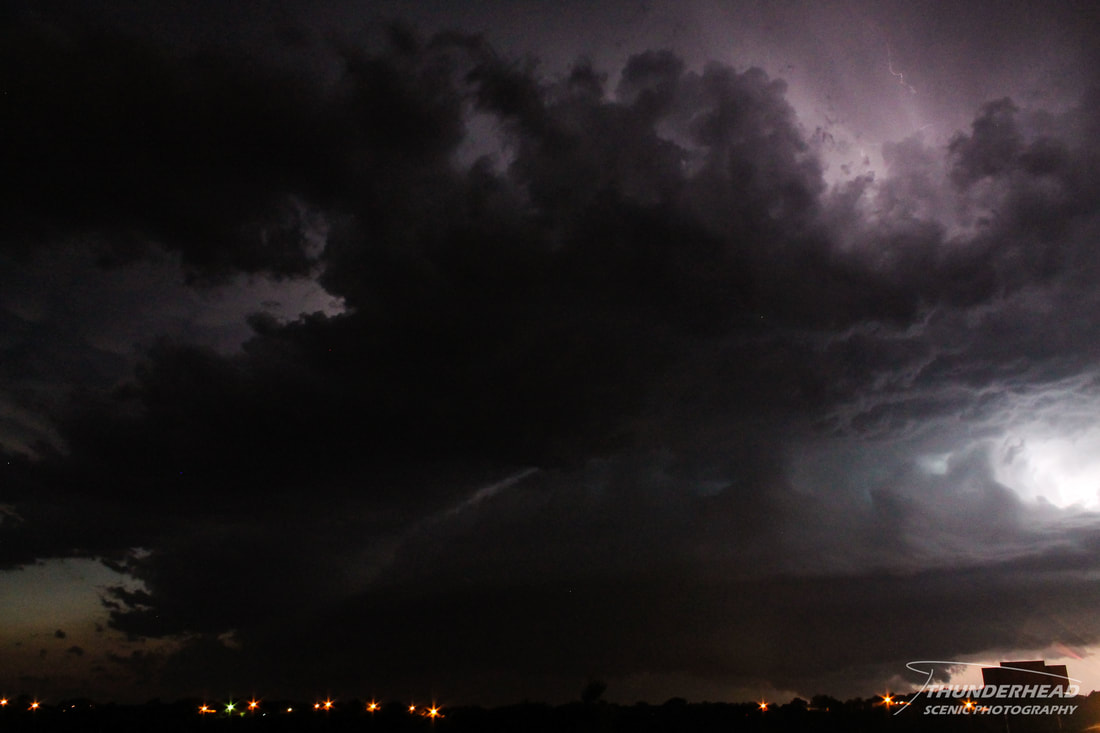 Once this storm got too close, we jumped on I-44 and ran southwest to Chickasha, OK, where we stopped to take a few more pictures. We called the chase and had a celebratory dinner at Braum’s before heading back to OKC for the night.

​The Storm Prediction Center's summary for this event can be found HERE. ​