We left Salina, KS and were targeting southwestern Oklahoma, where conditions were favorable for supercells, with the threat being mainly hail and wind. Once we reached our target, storms were beginning to initiate across the Red River in northern Texas near Vernon, TX, so we went to check them out: 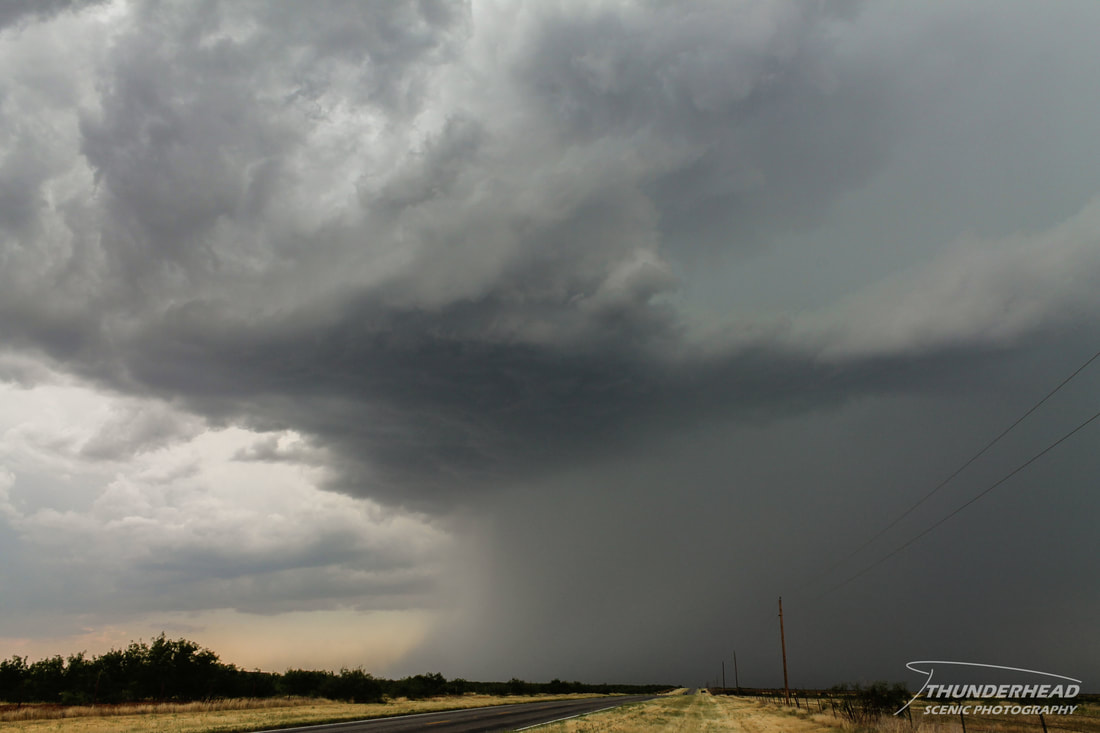 We watched this cell as it intensified southwest of Vernon. As we were doing so, myself and a fellow student noticed another student's hair beginning to rise up above her head. This is a sign of electrical charges building beneath the storm and a precursor to a potential lightning strike, so we alerted the others and booked it to the vans. This same incident happened to the same student again later. Sometimes you're lucky and get a heads up...sometimes not. We relocated well to the south-southeast to give the storm room and get a good perspective of it. It was fighting to not become outflow-dominant, as it really didn't have any low-level features: 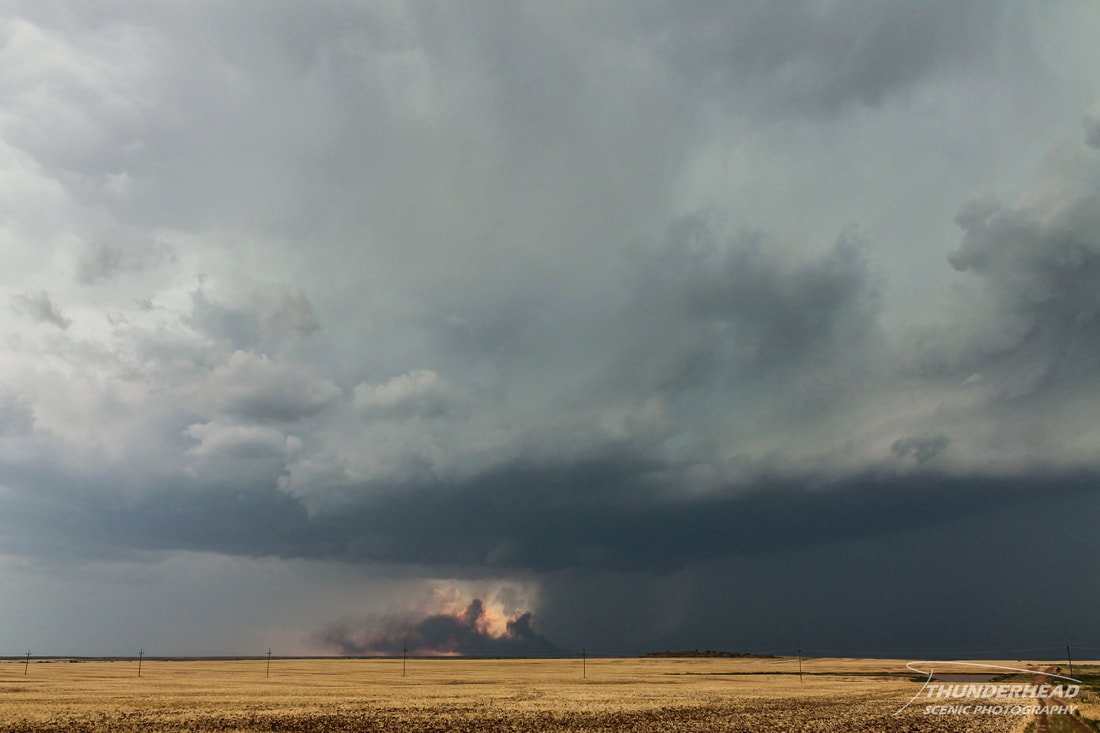 The dark smoke plume in the above photo is from a fire started by a lightning strike. I think I remember hearing it was an oil well, which would make sense given the thick, black smoke. We watched as the storm intensified (top photos below), and then just as quickly, struggled to maintain itself (bottom photo below). 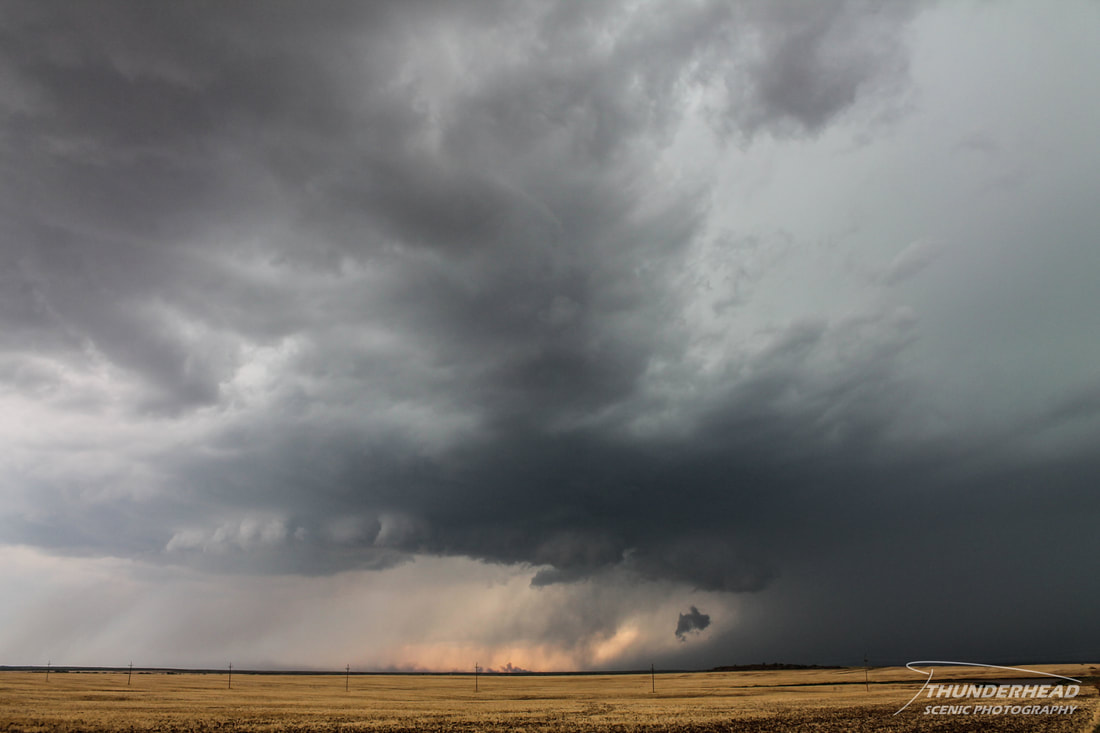 There were numerous cells nearby that began to interfere with our cell. This sealed its fate and caused it to become outflow-dominant, but it still displayed some cool features as we dove south toward Jacksboro, TX to stay ahead of it: 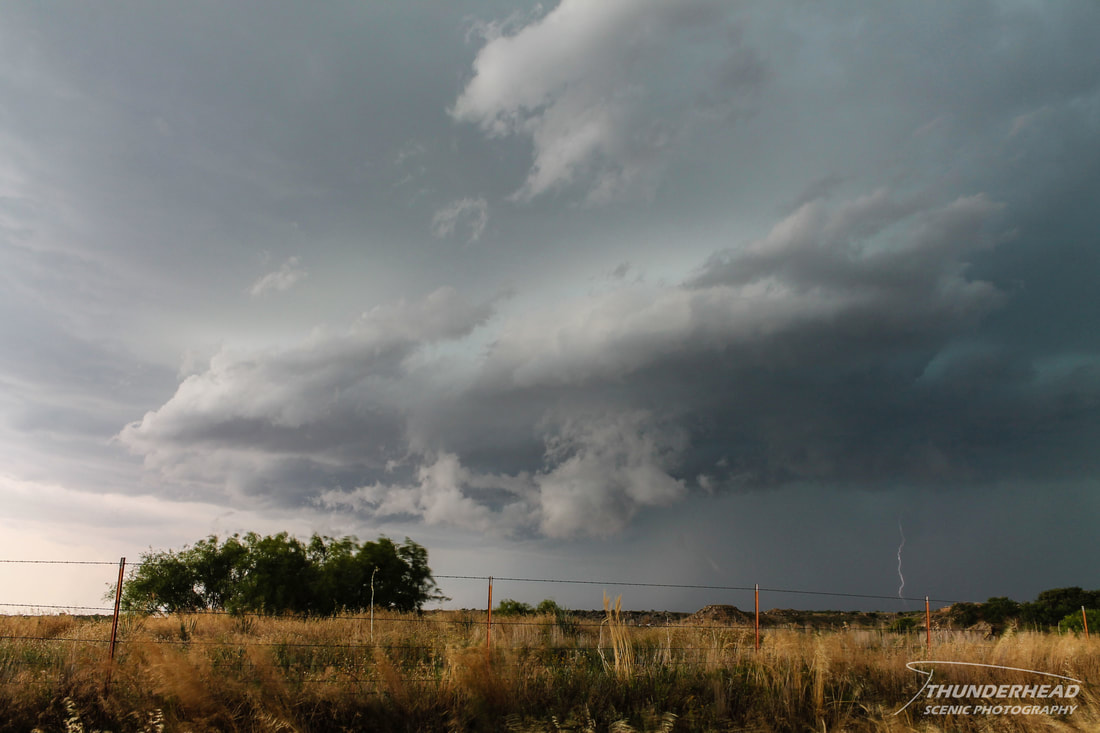 In the first of the above photos, you may notice a faint lightning bolt on the right. While it's nothing to write home about, that was my first accidental, hand-held lightning shot, a.k.a dumb luck, so I was fairly proud of that. This storm and the surrounding storms merged together into an MCS that we ended up punching through to get back north. Once through the storm, we stopped to take pictures, as there were some spectacular crawlers on the back side of it. Given that the crawlers were very sporadic and that I was still building my photography skills, I wasn't very successful in getting any good shots. One of the "better" ones can be seen below. The overly bright area on the horizon is the setting sun shining through the storms. We eventually called the chase and went to Wichita Falls, TX for the night. 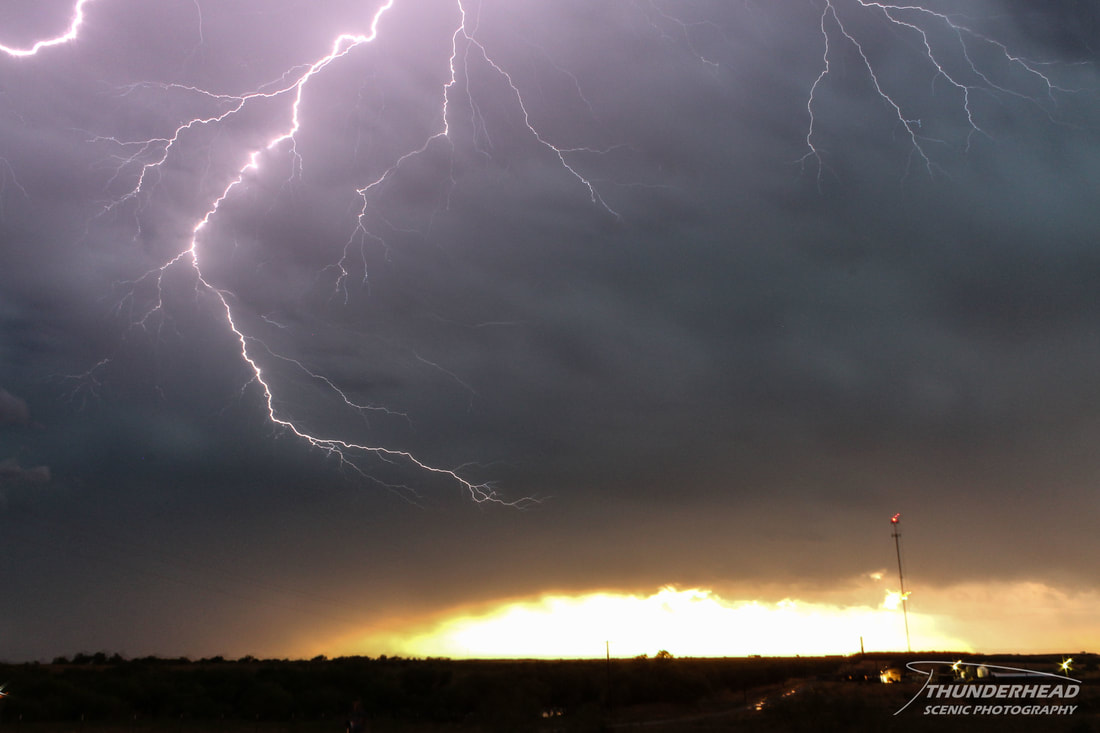 ​The Storm Prediction Center's summary for this event can be found HERE. ​