There were three possible targets for this day: along a warm front draped across Iowa and northern Illinois, near the triple point in northeast Colorado, southeast Wyoming, and southwest Nebraska, or along the dryline from southern Kansas through western Oklahoma and Texas. The first two were the more obvious targets for severe, tornadic storms, but the latter target had great potential too...if a storm could form. The environment was great, but it was uncertain if convection would actually fire. Seeing as we stayed the night in Colby, KS, we were roughly between the last two targets. The High Plains target had greater potential, but we liked the idea of an isolated storm or two forming along the dryline in the environment present there. We went southward to Garden City, KS to hang out for a while before moving to Dodge City to be on the dryline. It was cool and a great sign to see cumulus along the dryline as we approached it from the west. There were a couple puffs that looked like they had potential to develop, but nothing could get going. There was a particular cluster of cumulus to our north that was not dissipating and was moving toward the front draped across central Kansas. Seeing as the cumulus field was dissipating around us and some of the CAMs wanted to develop storms in central Kansas around this time and where that cluster was heading, we went northward after it. I’m glad we did, because it developed into a storm as it approached I-70: 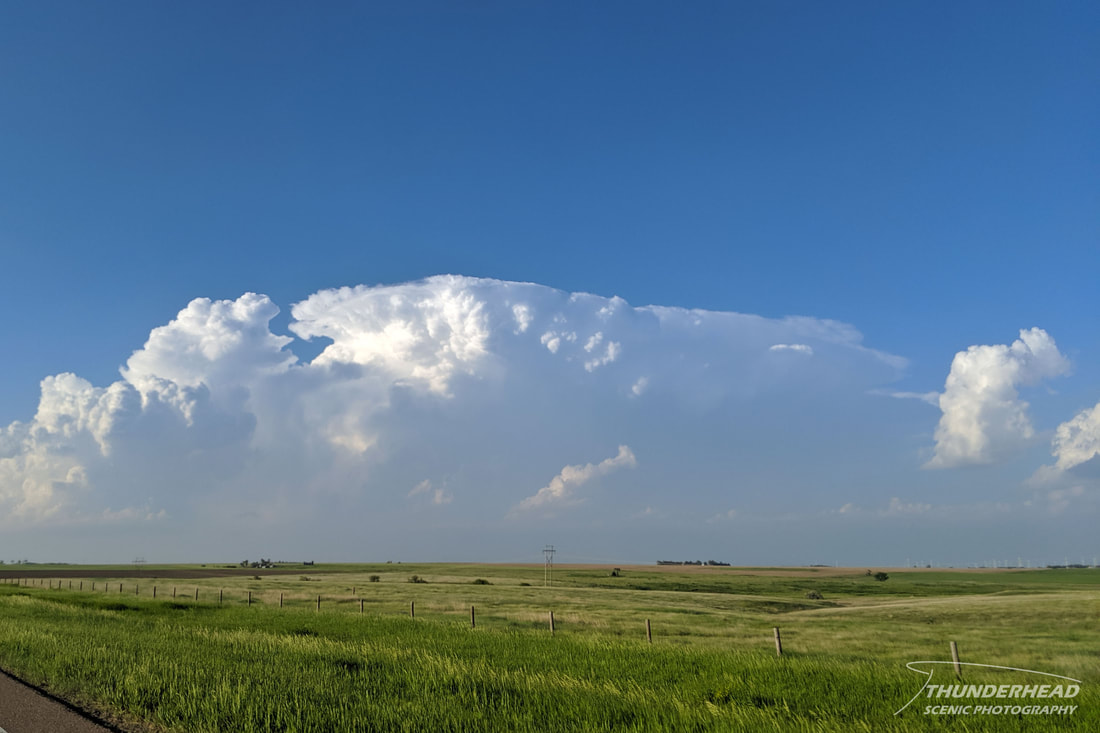 The storm was beautiful in the light of the low sun and had a very crisp updraft, though it was hard to see due to another storm developing to its west: 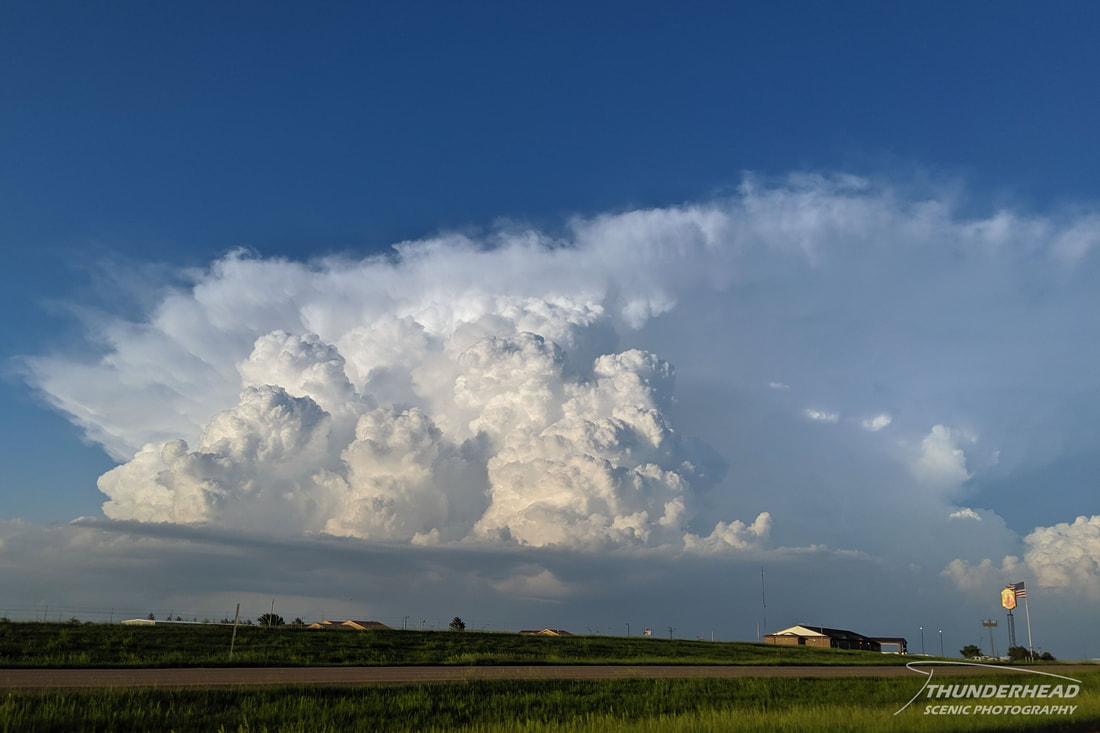 We followed the storm north of Hays as the sun set and it became tornado-warned while producing a bit of a lowering and numerous lightning bolts:
This storm weakened somewhat as another storm developed to its west. Visually, this new storm looked a lot better, and the two tracked side-by-side during twilight: 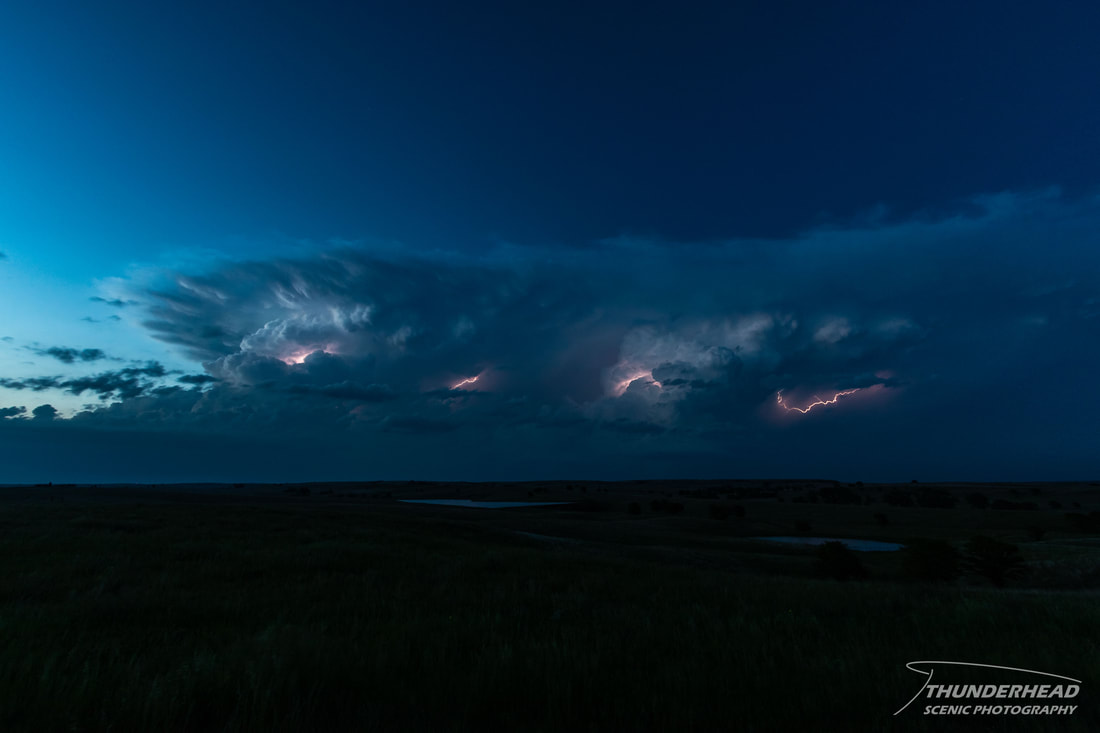 The western storm took over completely and became a prolific lightning producer as we followed it through the rural Kansas countryside: 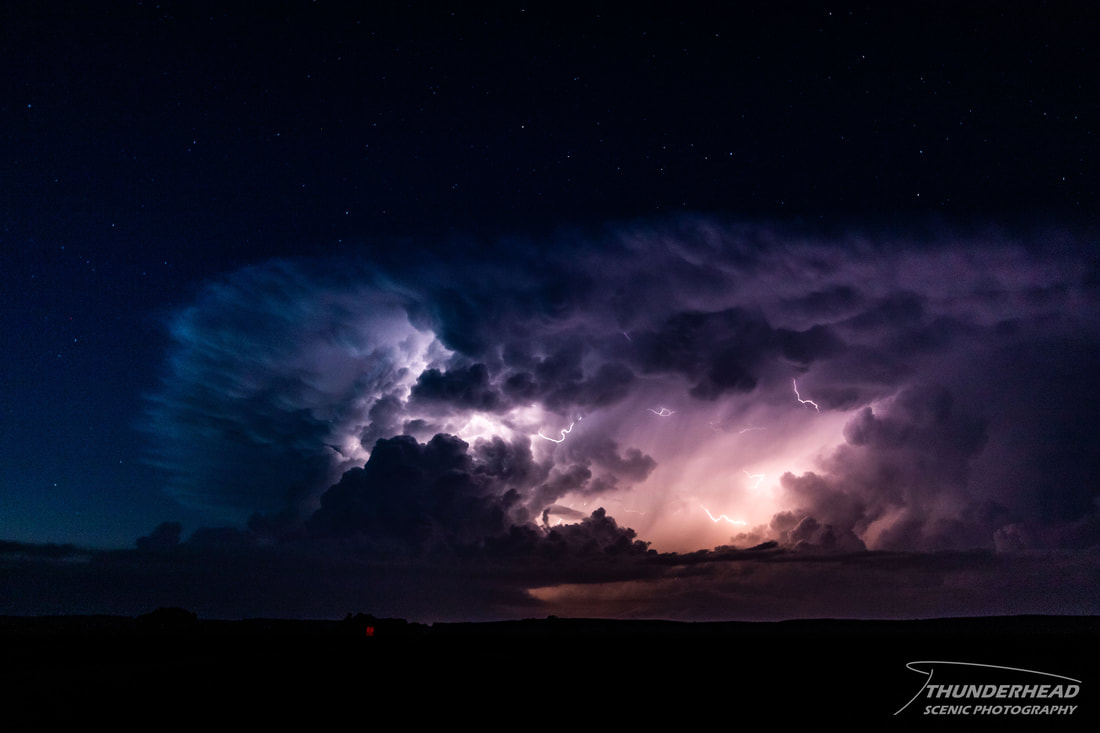 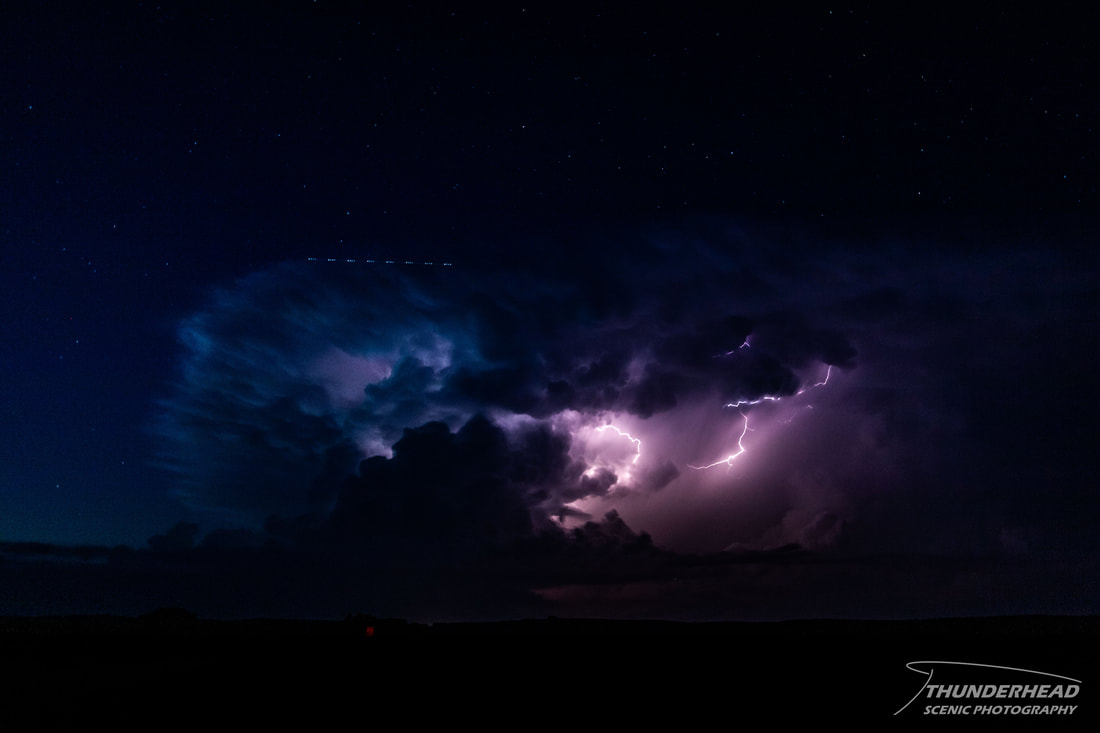 We followed it to near Osborne where the amount of visible bolts decreased drastically, but it still was putting on a show: 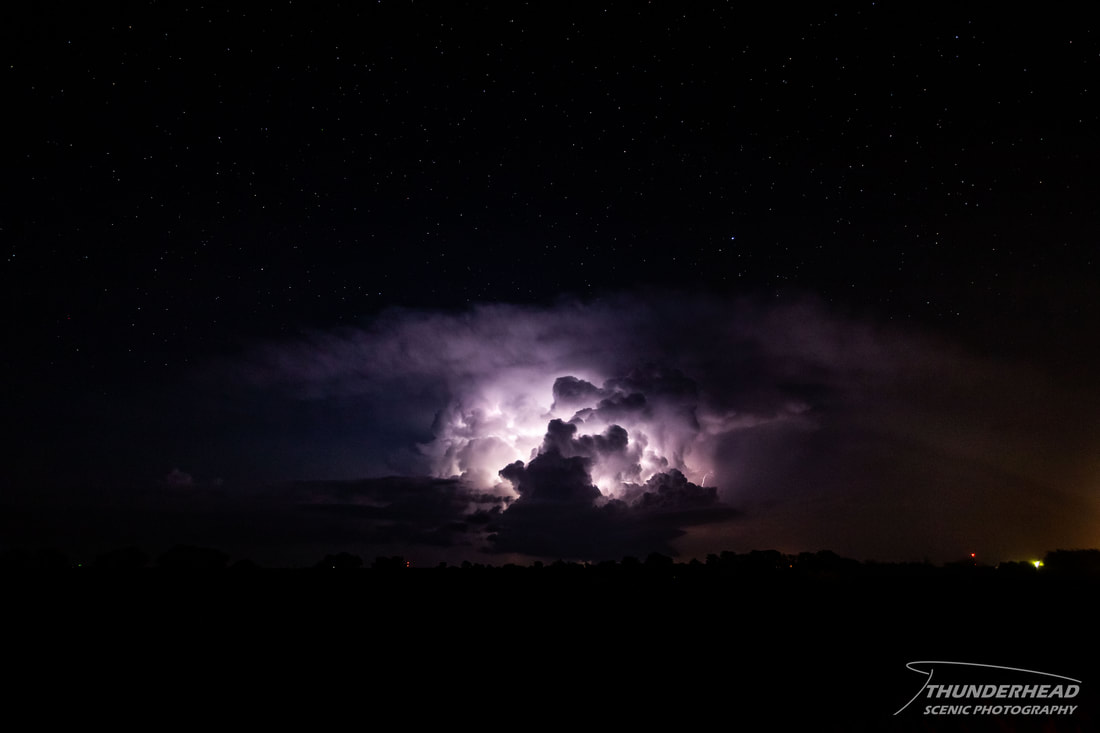 ​The storm continued its downward trend and wasn’t worth chasing any more, so we called it a night and headed to Salina.