​Storms near the Nebraska-Kansas border

The day started out relatively promising. There was a significant chance of severe weather from central Kansas to eastern Nebraska, highlighted by SPC's Moderate Risk. A shortwave and its associated vort max were to push through the northern Great Plains, spawning supercells. The main threats were high winds and large hail, as dew points were a little too low for tornadoes, but there's always a chance. We targeted an area between Minden and Franklin, NE. Storms did fire, but they never were very visually appealing and were too close together, causing things to get messy. We bailed on our Nebraska storms for some convection in northern Kansas that we felt had better moisture to work with. However, that didn't work out for us either, as storms remained rather lackluster. There still were some photo-worthy scenes, such as the several anvils and associated overshooting tops we could see: 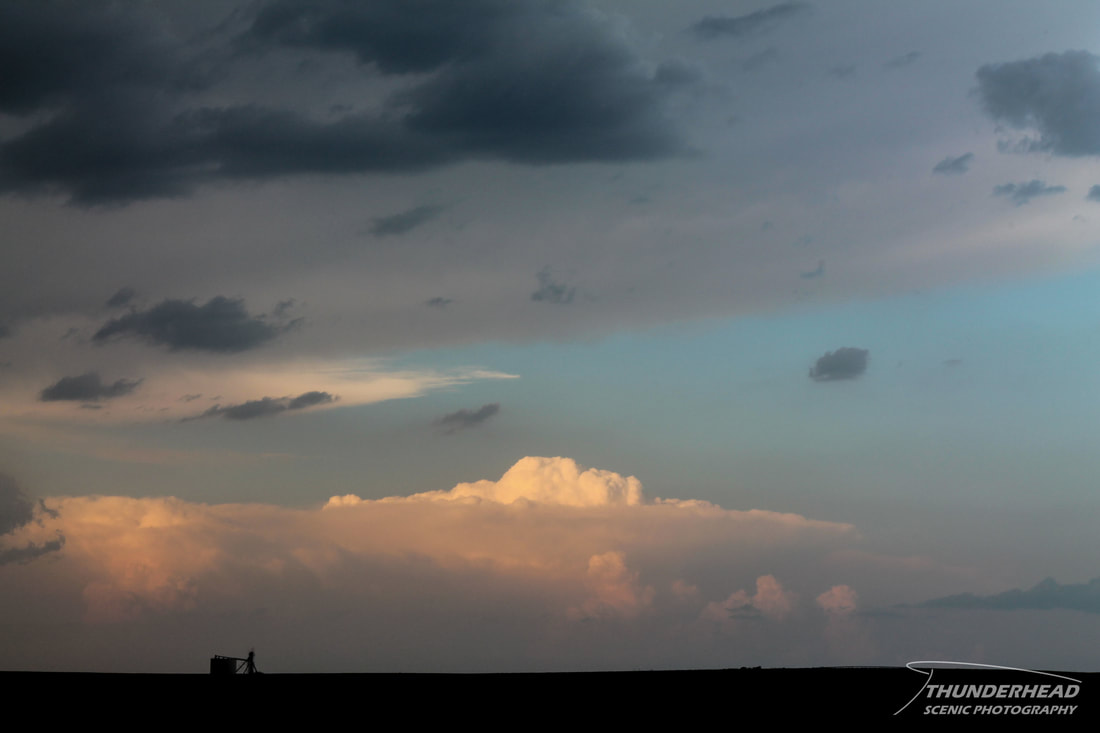 The convection we were on in Kansas became outflow-dominant, putting out a strong gust front and associated shelf cloud: 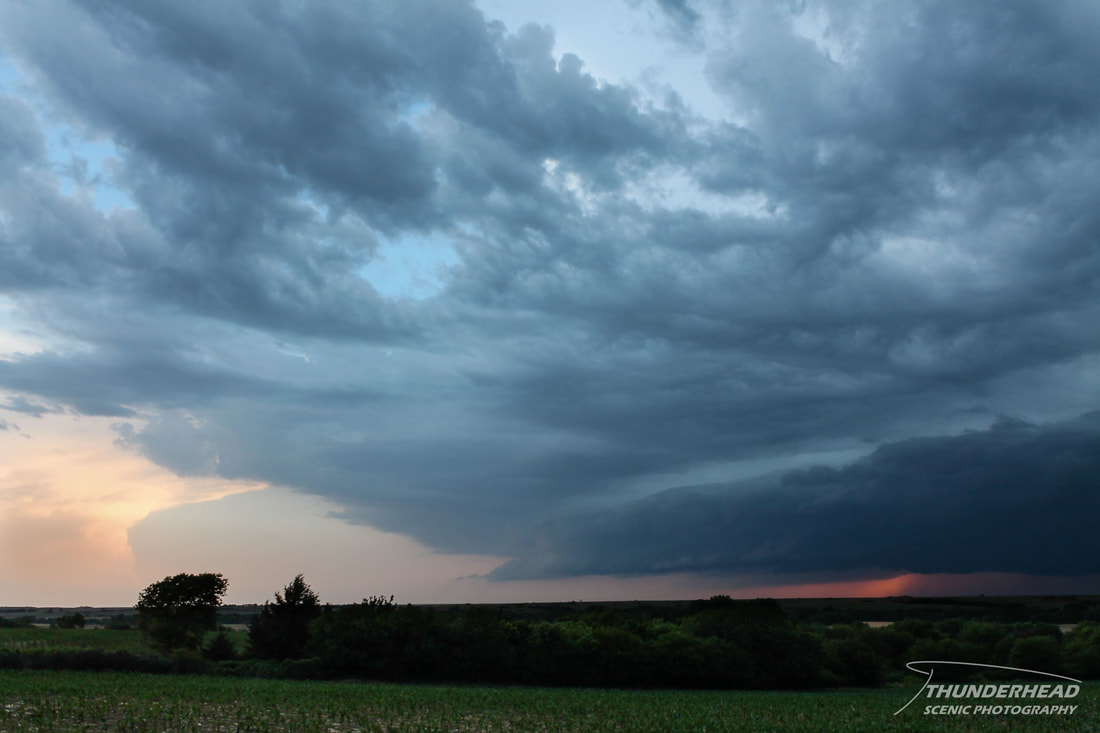 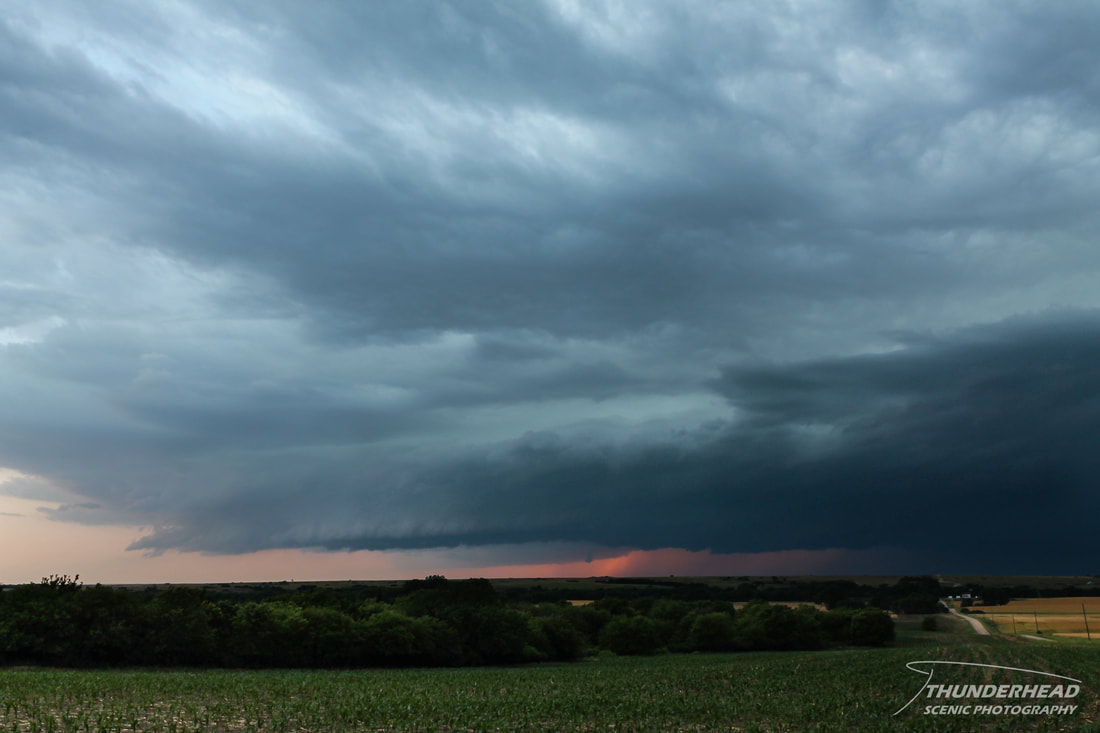 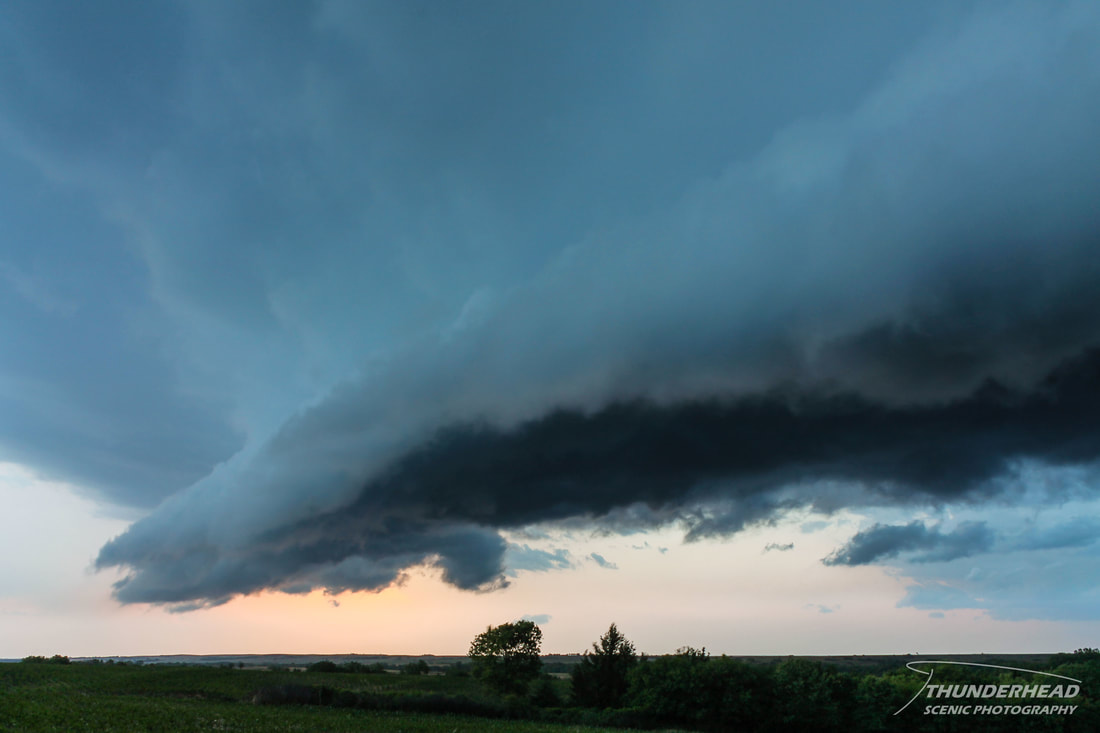 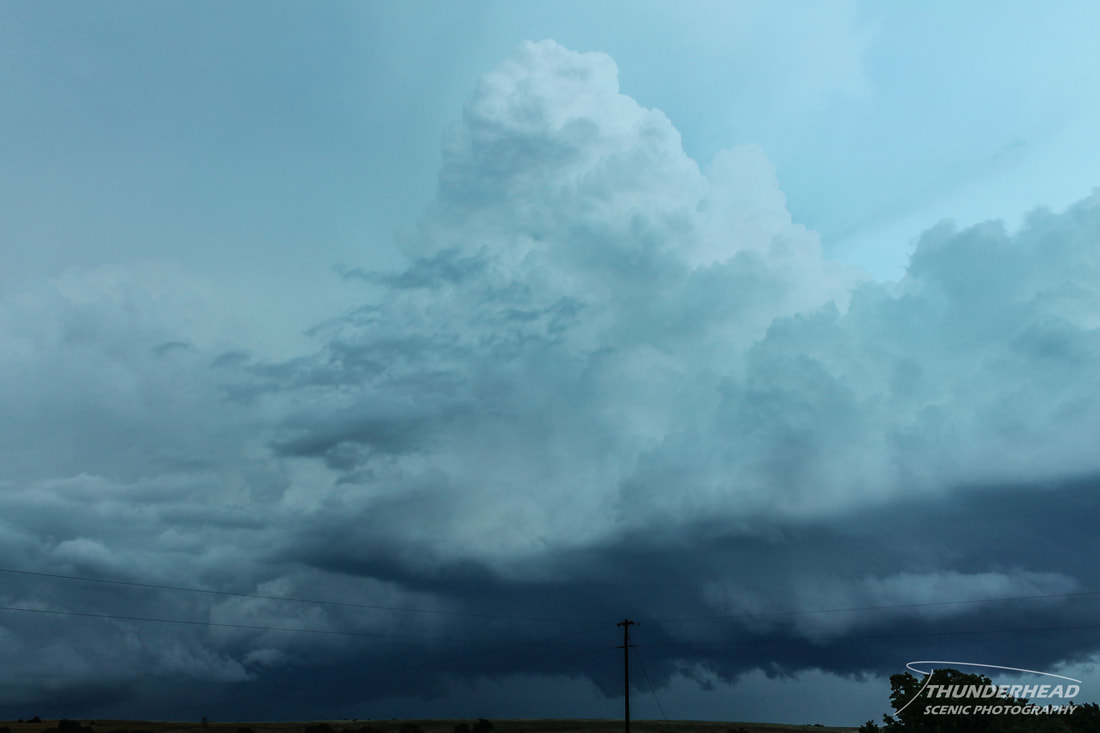 After this, we called the chase and headed toward Salina, KS for the night.