As with the last several days: Texas Panhandle, dryline, and stationary front. The dryline was stationed along the New Mexico-Texas border with a stationary front extending from far northwest Texas through the Plains and Midwest. It looked like storms would fire along the dryline mid-day thanks to a lack of a cap and track northeast across the Panhandles, southwest Kansas, and western Oklahoma. Having started our day in Amarillo, we simply moved west to position in Vega in between two targets: one to the north in the Panhandles and southwest Kansas, and one further south in the mid Texas Panhandle.

Also similar to the last several days, the cap did let go early and numerous storms began to develop around noon along the New Mexico-Texas border west-southwest of Lubbock. None of these looked particularly promising as they headed toward us, so we stayed put. However, as one of the storms moved further into the Panhandle, it strengthened and became more organized. We had a tough call to make. The storms moving toward us from the south were potentially messing up the environment for the northern target. Even though the northern target had a better environment, the southern target wasn’t being polluted by ongoing convection, so we went south. We got into position in front of the southern storm south of Silverton right as the storm cycled and swept a big, rain and hail filled RFD across the road. We saw some interesting lowerings as this happened, but nothing too threatening: 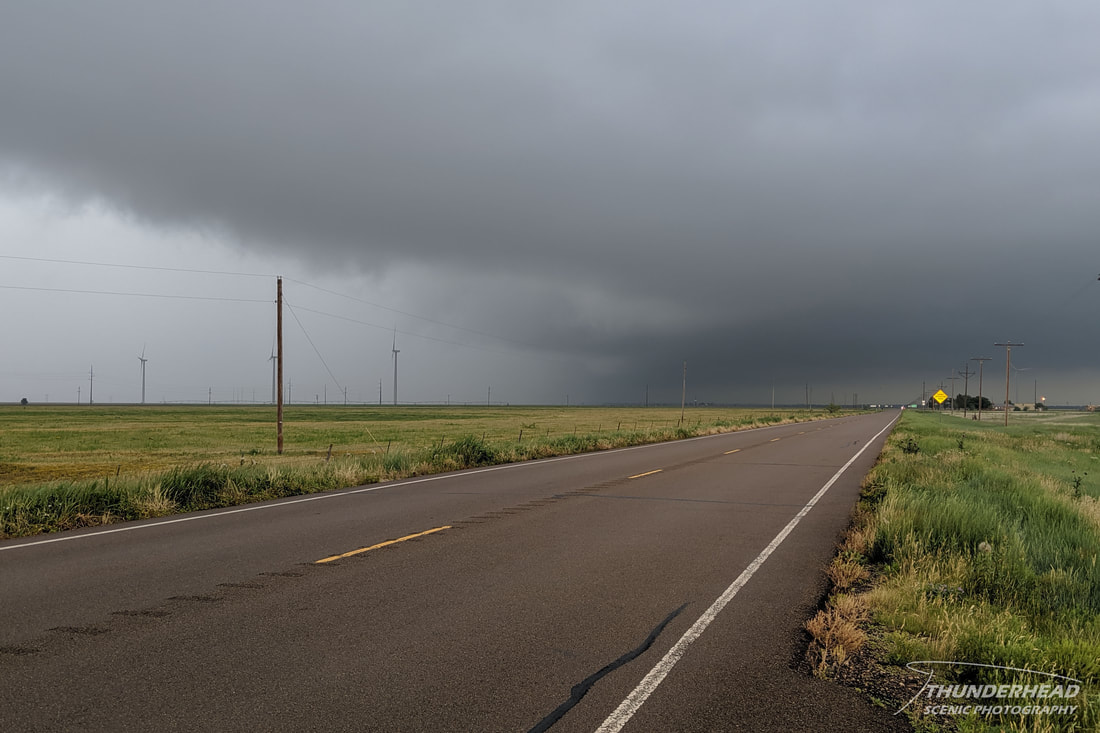 The underside of the RFD gust front had a nice whale’s mouth appearance: 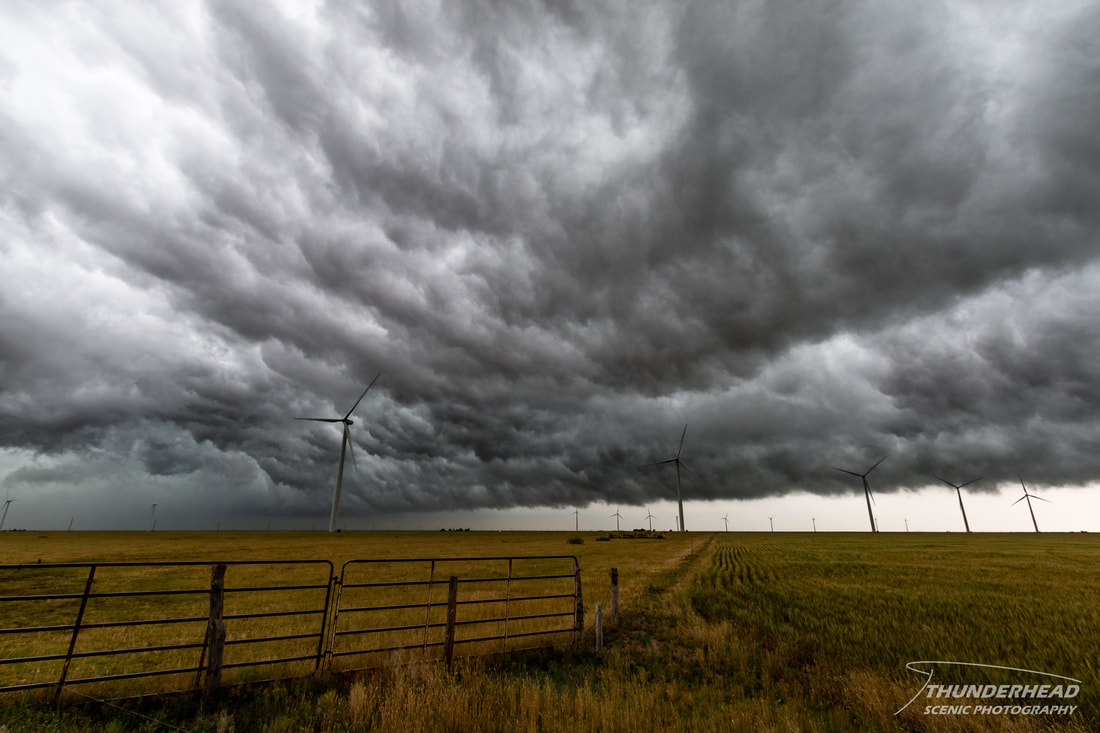 There was a road option to move northeast with the storm, but the road wasn’t great and the terrain was poor. Additionally, the storm began to lose its shape. There were 2-3 storms to the west near I-27 that looked like healthy supercells on radar, so we headed for those. We encountered the northernmost one outside of Plainview. It wasn’t much to look at, but had a broad lowering and was producing lots of lightning:
The storm behind it was beginning to encroach upon it, and a smaller storm was moving north right into the larger storm’s inflow region, so we repositioned to the south for the second storm. We gave this storm some room, as it looked like its forward flank wanted to surge out over the road we were on. This storm had a broad lowering as well: 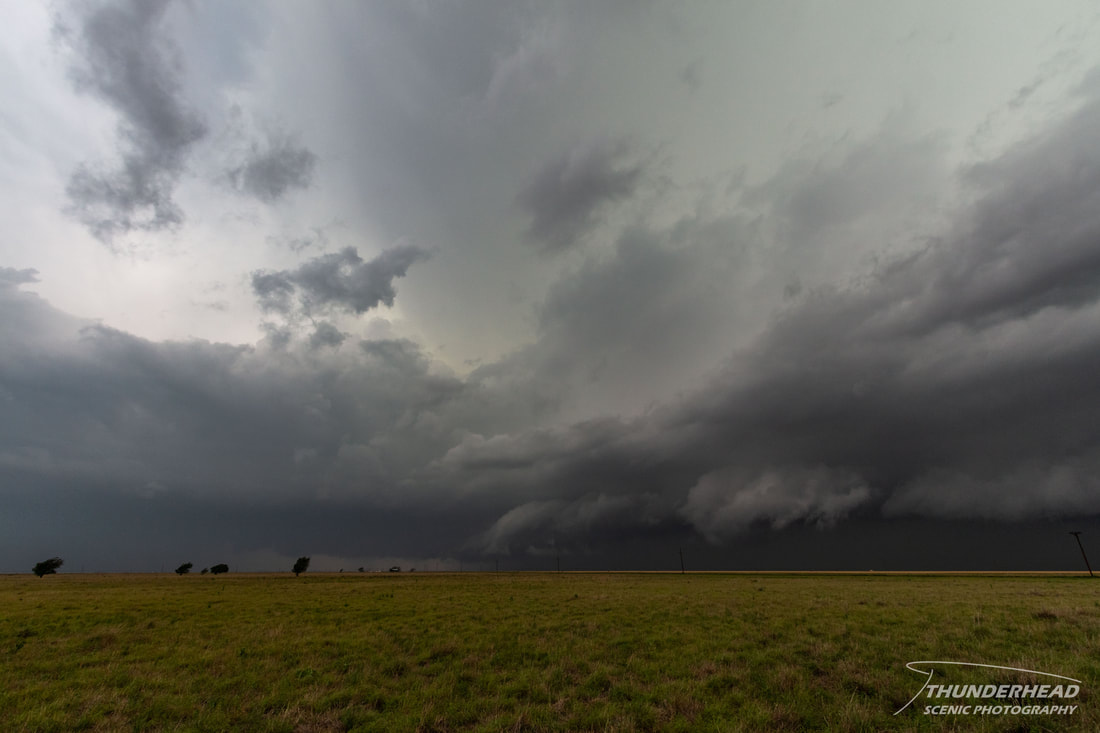 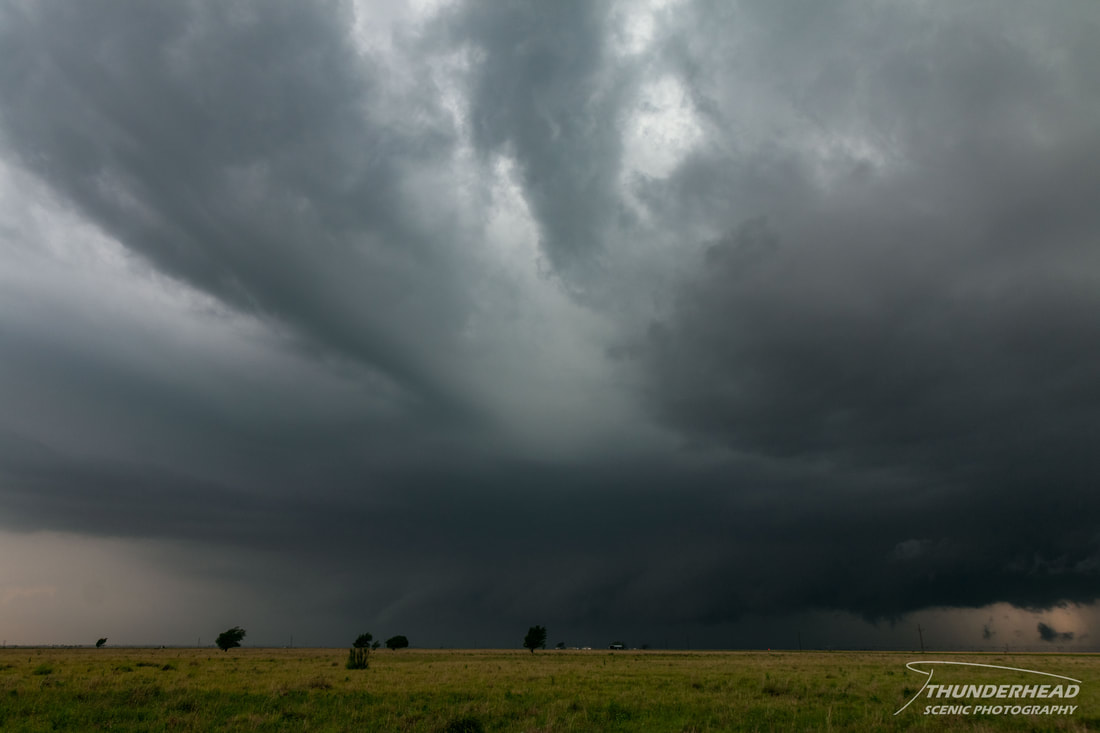 Unfortunately, it looked as if it had become outflow-dominant, which typically kills the storm sooner or later. However, the storm reorganized on the seemingly cold side of its outflow and became visually impressive and began to form another wall cloud (right third of the image): 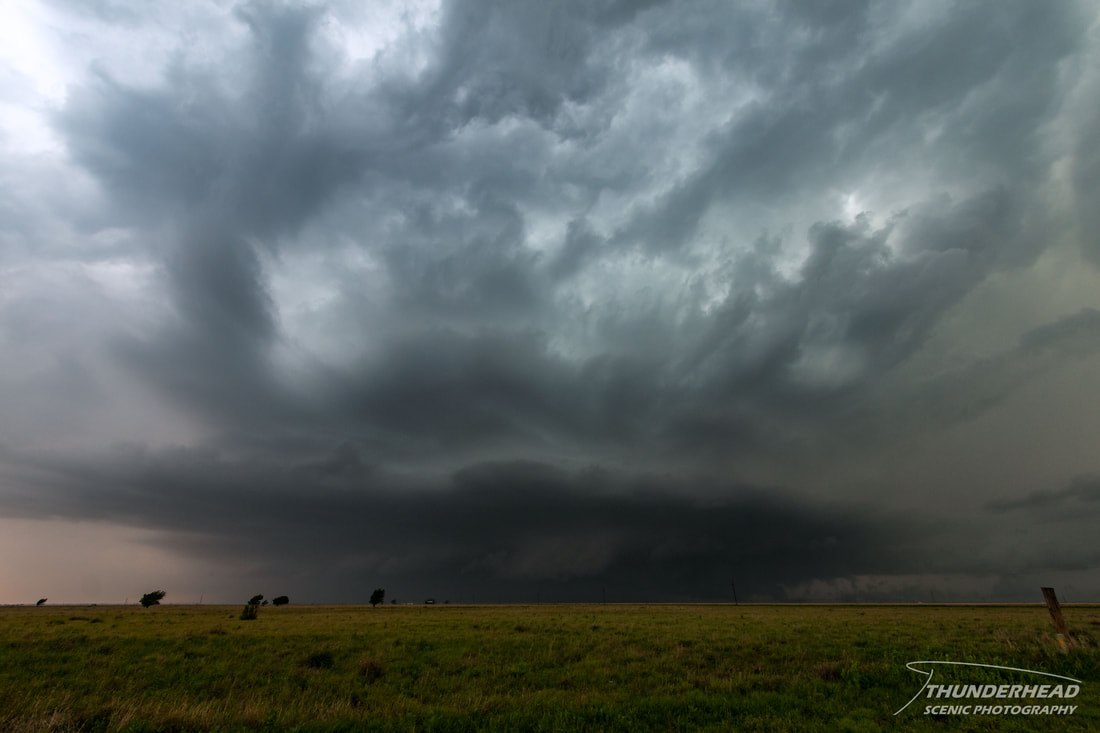 At this point, we moved northward to stay with it. It lost its visual appeal, but we stayed with it as it moved toward Cotton Center. As we neared the town, it became tornado-warned for a confirmed tornado just to the west of town; however, our position did not allow for a view of the tornado. It was captured by at least a couple chasers and appeared to be a cone nearly fully condensed and shrouded in rain. Below is dashcam footage of our drive north toward the storm:

The RFD caught us shortly before we entered the town, but we were able to get even with its leading edge east of town and look into the circulation:
The storm weakened somewhat after this point and began to move more to the northeast vs. its original more eastward track. As we approached I-27, the storm’s outflow boundary passed over us and looked pretty with the light streaming in behind it: 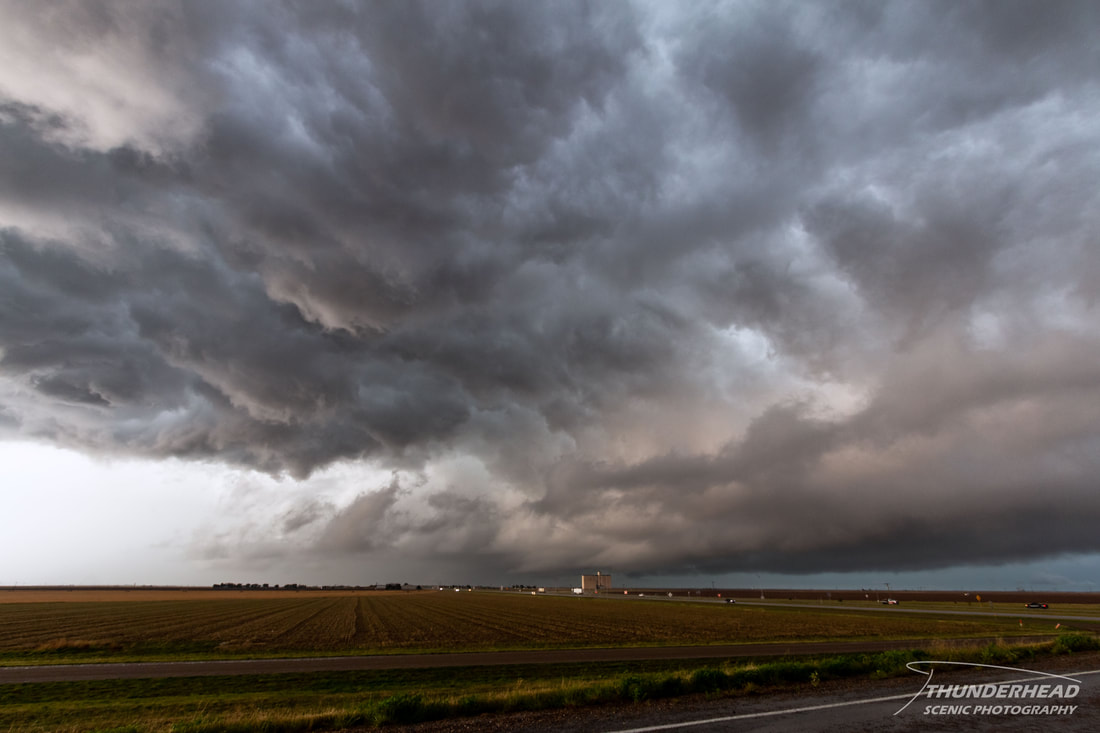 We considered trying to move back in front of the storm, but it looked to be transitioning into a disorganized mess. This ended our chase, and we went back to Amarillo for the night.

​​​​The Storm Prediction Center's summary for this event can be found HERE. ​