This was the first day of our College of DuPage storm chasing class. Michelle, myself, and a couple of our fellow SLU meteorology classmates were going. After staying in one of the sketchiest hotels I’ve ever experienced and hope to ever experience, we met the rest of the class bright and early on COD’s campus. There was a threat for severe weather out in the Great Plains, with the greatest tornado potential in central Kansas near where a warm front and dry line intersected, which would be our target. Fortunately, given our long drive, storms didn't get going until around 6pm. We chose a supercell just to the north of Russel, KS to chase. It had a well-defined wall cloud when we first got on it and some pretty mid-level features: 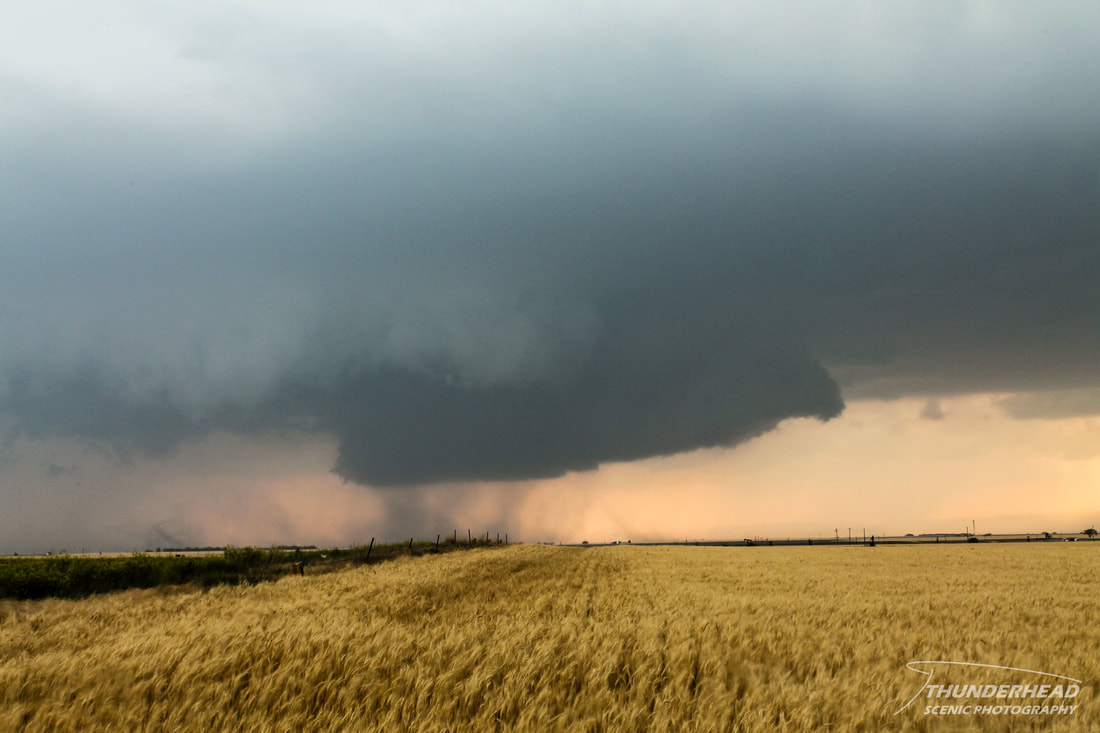 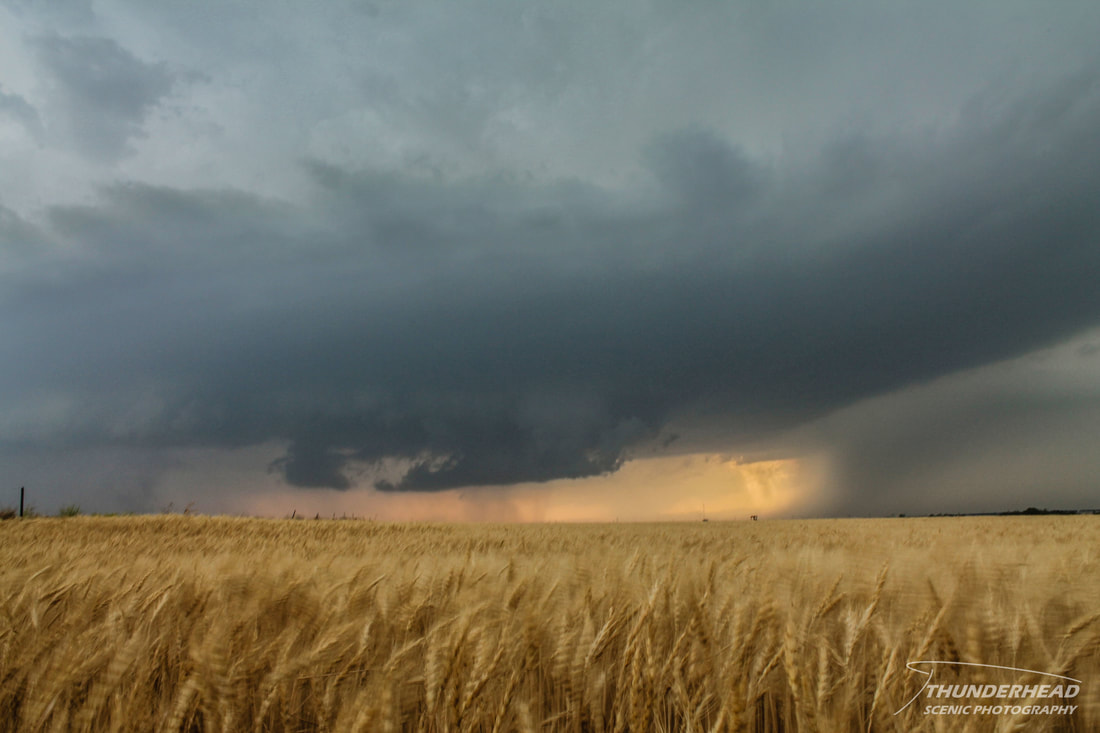 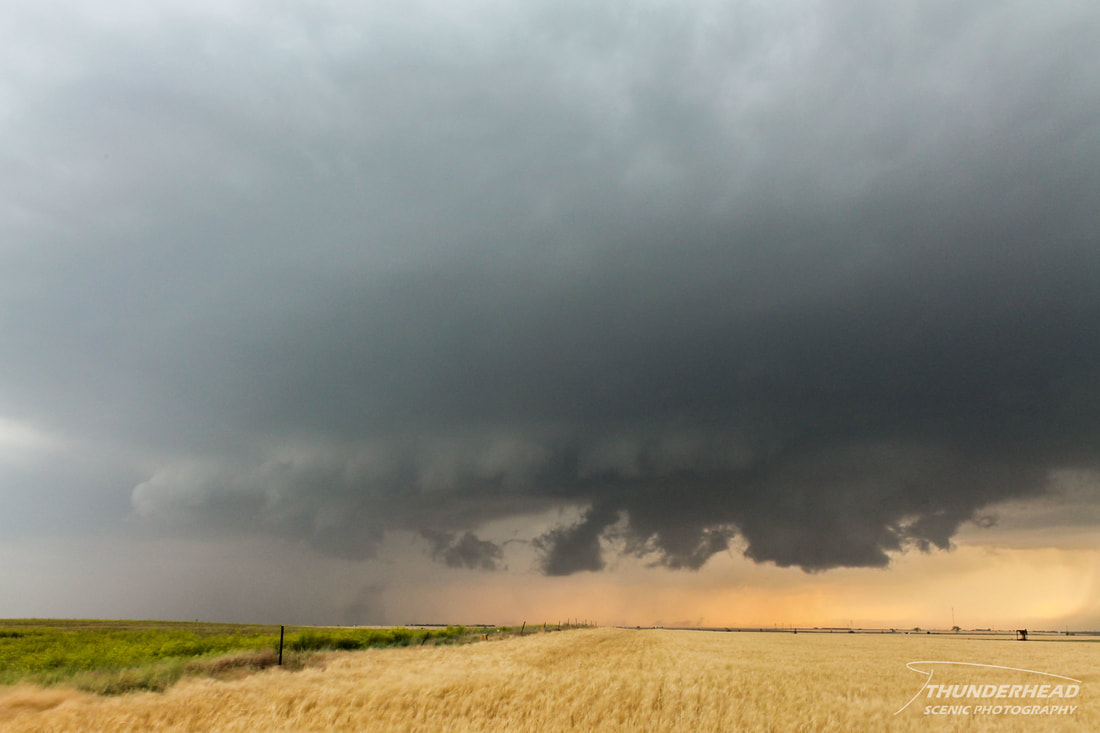 It quickly lost its low-level features as it became elevated along the warm front, but still was looking beautiful: 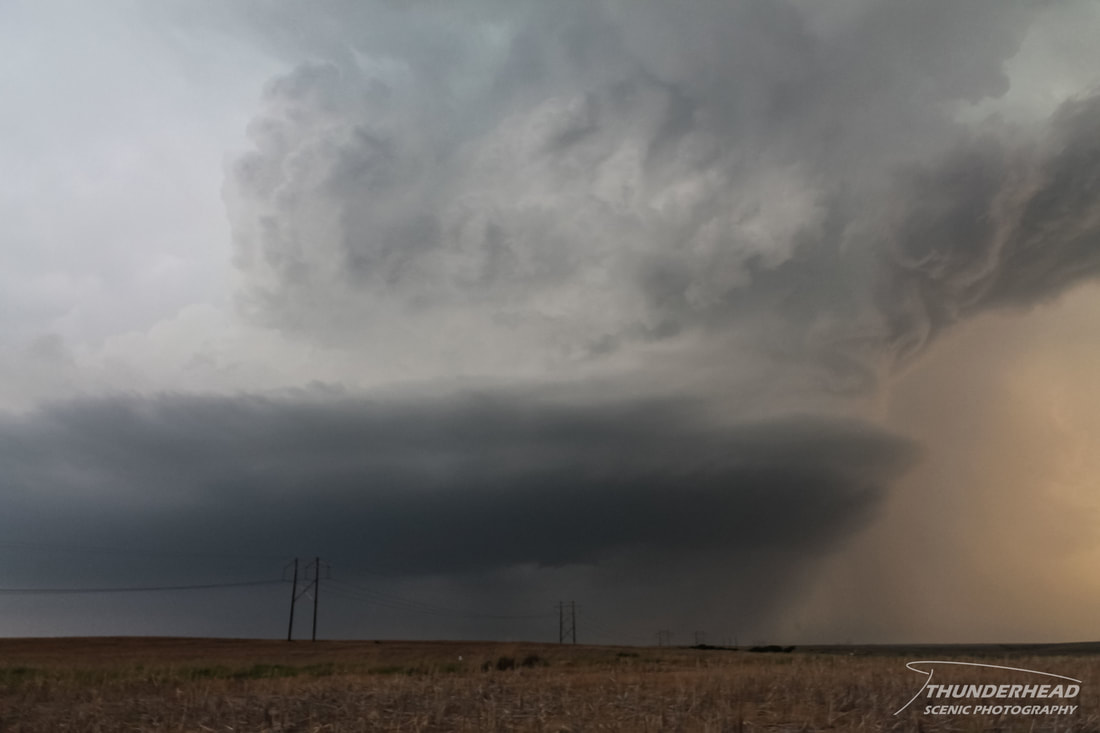 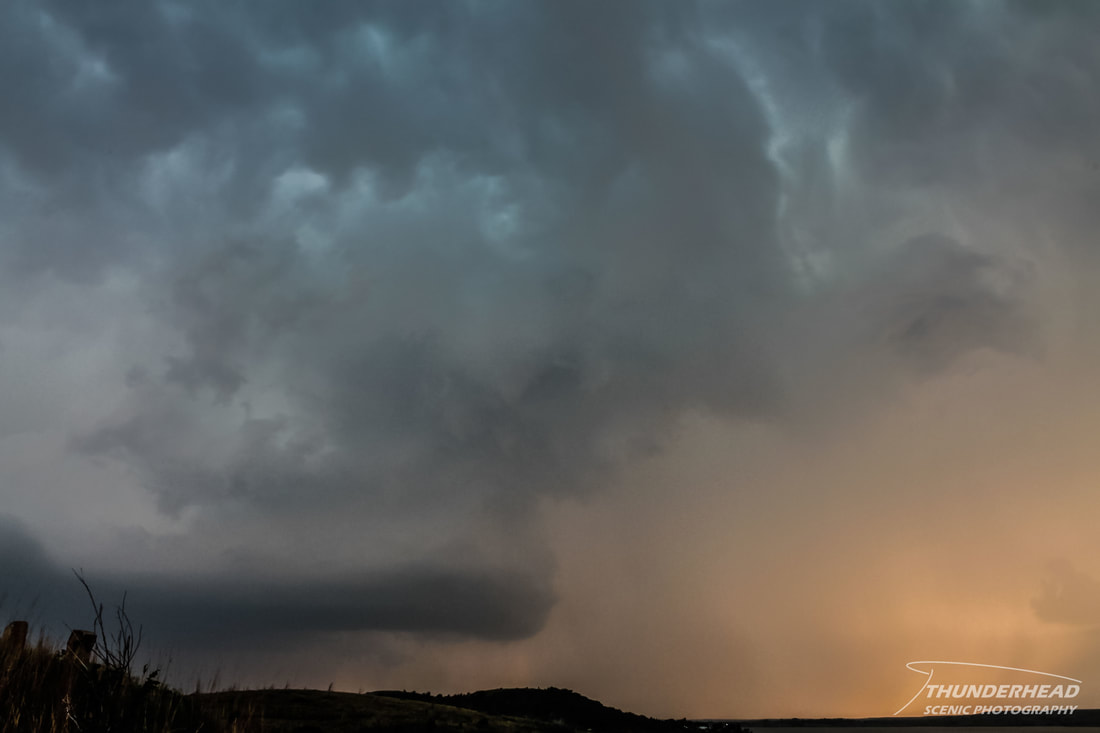 It eventually died, so we targeted another supercell to its southwest. This second storm produced a tornado directly in front of us as we were driving toward it, but given that it was too far away (around 7 miles) and we were driving, we were unable to get any pictures. It was very pretty, though, as it was lit up by the setting sun. We continued to watch this storm as the sun set and it attempted to produce another tornado: 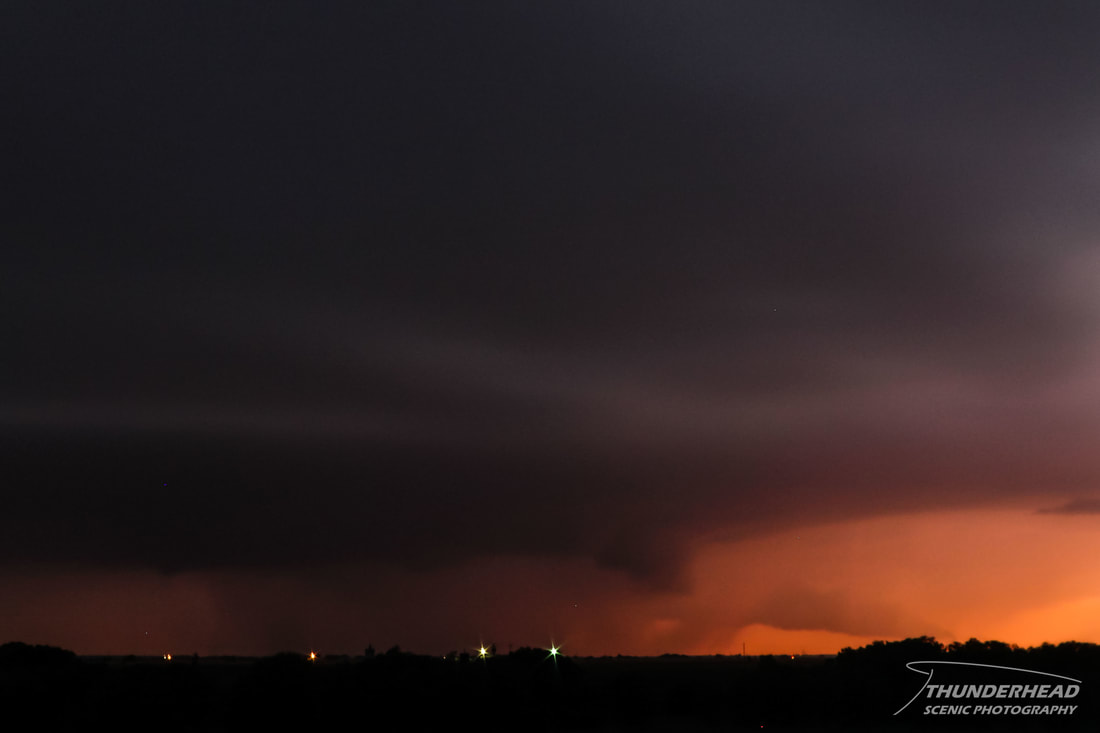 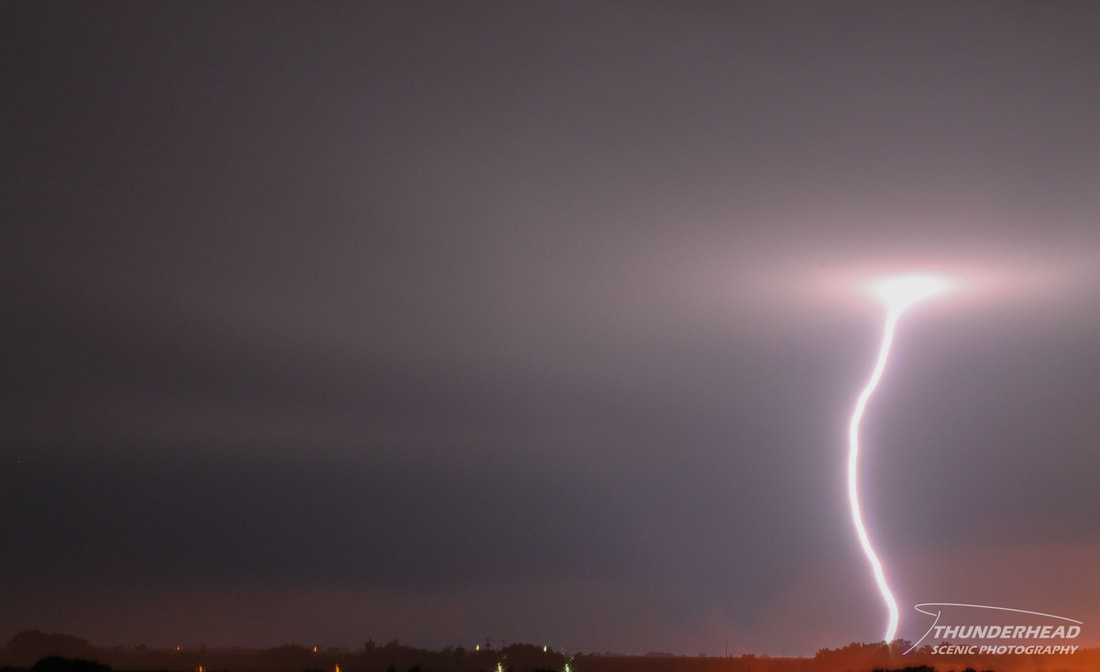 ​If you notice in the photo above, the lightning bolt doesn't have jagged edges or any branches. I've heard this referred to as "smooth-channel lightning". These bolts are common in large supercells, and are just the leader of a positive lightning strike. We continued to chase this storm after sunset, eventually seeing a needle tornado in the rear flank downdraft. We couldn't get pictures of that either because it wasn't the safest to get out of the vans at the time, and you could only faintly see it when it was lit up by lightning. This needle may have hit a farmhouse south of Russel that was damaged badly. There were numerous emergency vehicles on the scene, so we didn't feel the need to stop. If I'm not mistaken, I heard that the elderly woman who lived there was thrown from the house into a neighboring field, but was fine other than some scrapes and bruises. We called the chase around 10pm and went to Hays, KS for the night.