Similar to the previous day, storms were to fire along the dryline in west Texas near Lubbock and along the stationary front that extended from that area northeastward through the Plains and Midwest. Seeing as we stayed the night in Lubbock, we didn’t have far to go for this day’s target. As we killed time in the city around noon, we noticed we could hear thunder off in the distance. There was a chance of storms firing early, but this was a little too early. A storm had formed over the southwestern portion of the metro, and it was growing stronger, so we repositioned to the south to get out of its way. As we did so, another storm developed and began to track toward us, forcing us to move again. Moving south, we could see the base of the first storm. It did look ominous, especially as it passed over a factory and began sucking up its exhaust, making it look almost tornadic. Once we were clear of the storms to the south of Lubbock, we watched the second storm as it moved northeast over the city. It wasn’t much to look at, and ended up on the cool side of the outflow of the previous storm: 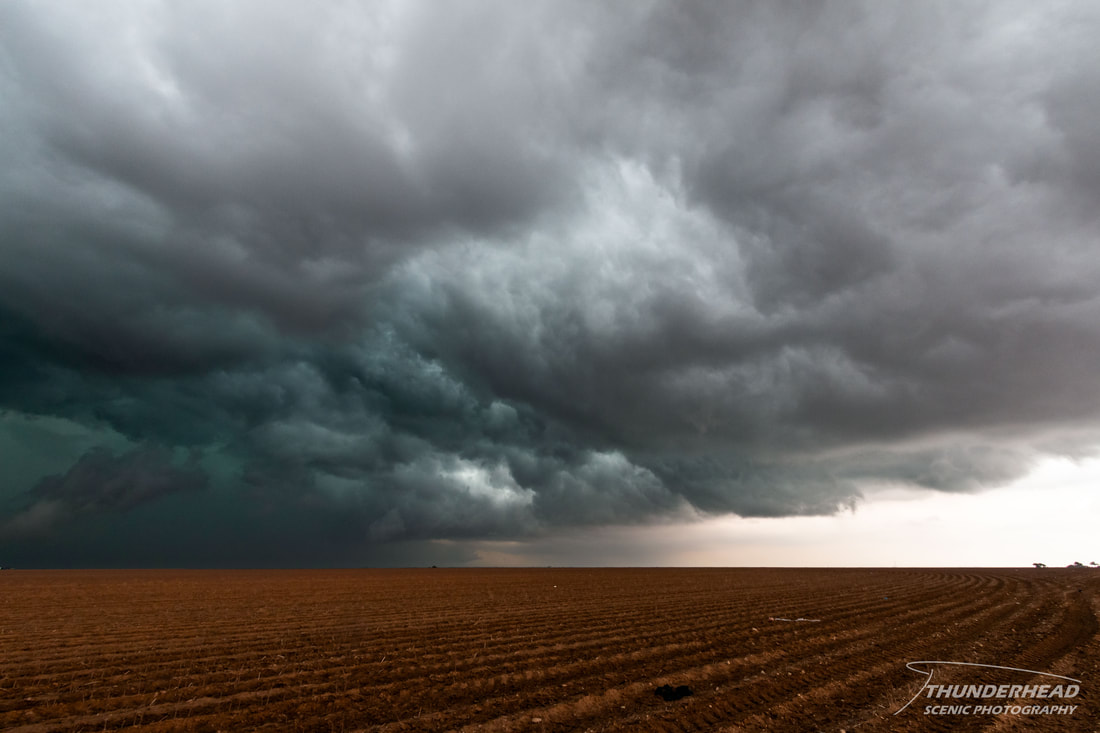 ​Seeing as it didn’t have much of a chance, we dropped south toward Wilson, TX to watch another storm develop: 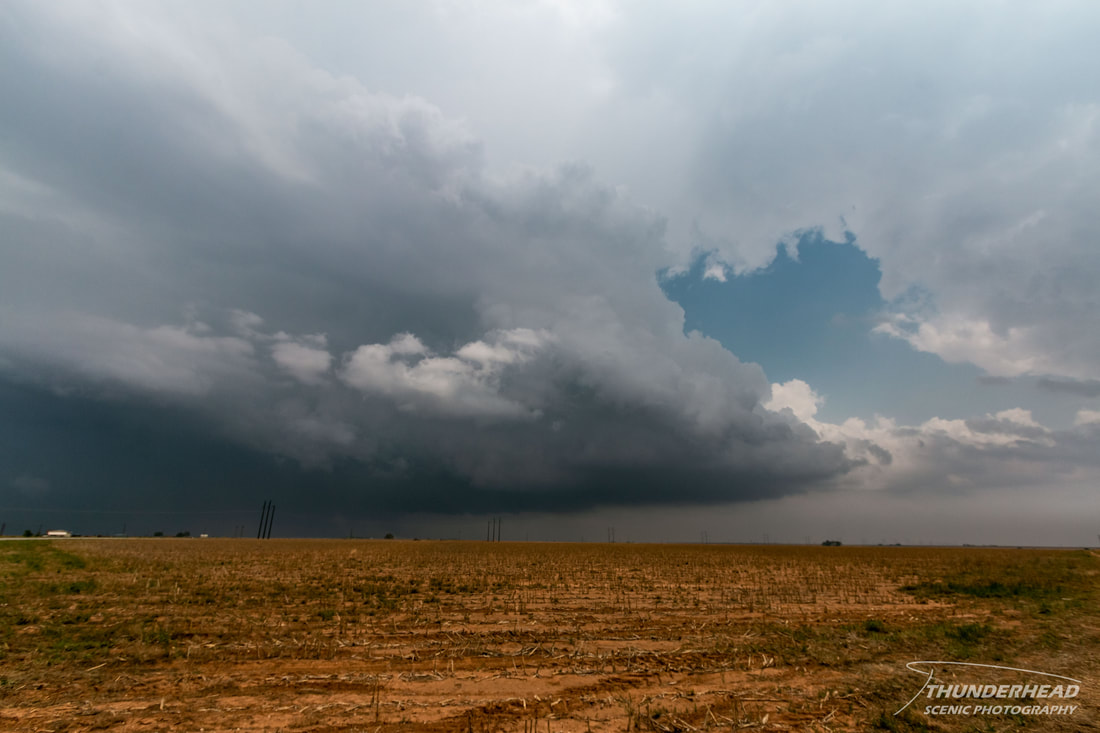 We hoped that it would lock onto the outflow boundary of the previous storms and not become undercut, but unfortunately, it did the latter. We stayed with it for a while, as it had okay structure (below), but that too went away. 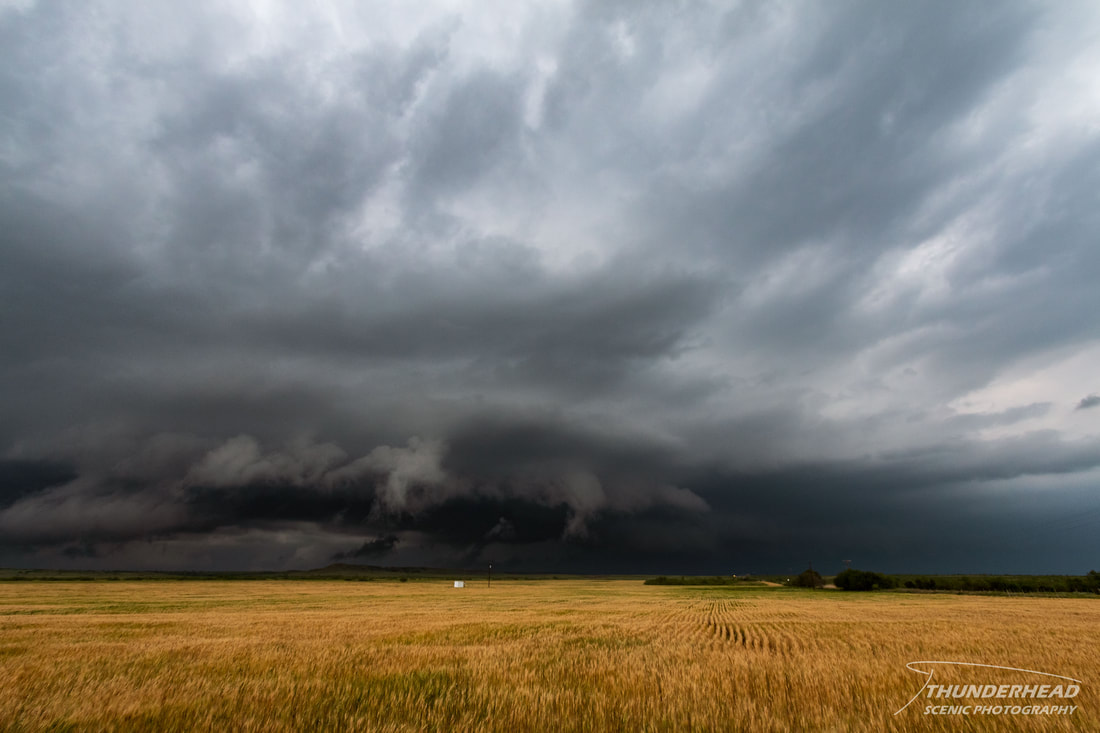 ​Seeing as there were not any other storms in the area and that we didn’t know what else to do, we followed the storm north toward Ralls, TX. As we did, flooding on the roads became increasingly worse to the point where we decided to turn around for safety. Once we did, we approached a flooded spot that we had just moved through and found a car in the ditch that had about 1-2 feet of water in it: 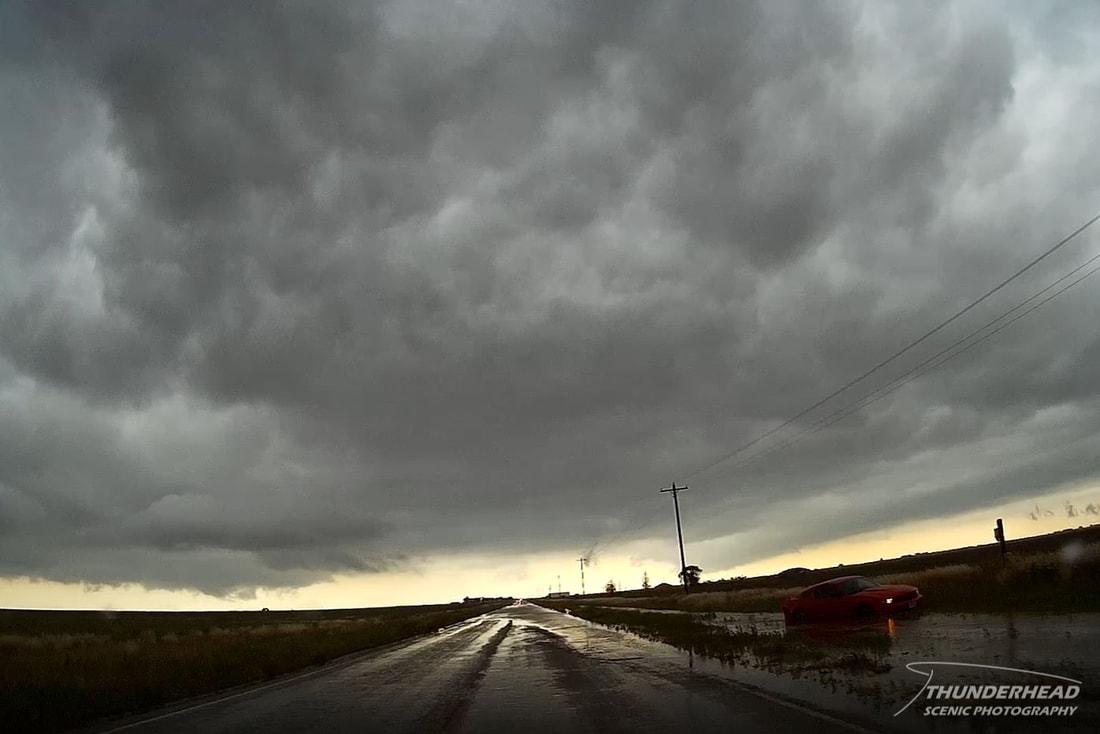 ​The driver was shook up but okay, and we stayed with her until someone was able to pull her out. Continuing south, we got away from all of the flooding and gave the area about 30 more minutes before heading to Amarillo for the night. There was a bit of a cumulus field between the cluster of storms to our north and storms well to our south. However, it became obvious that this cumulus field was dissipating, along with any additional chance of storms in the area.
​
Since hail-producing storms were training over Lubbock and flash flooding was occurring in numerous locations, we tried to make our way around the west side of the metro. Unfortunately, we were blocked in several areas by flooding. We were able to pass through Lubbock on I-27 and squeak between storms without any issues. Once we cleared the metro, we could see mammatus clouds ahead of us. We stopped near Plainview to photograph these for a bit:
Seeing as it was getting close to sunset and the mammatus were still present, we stopped in Tulia to wait to see if the setting sun would illuminate them. We were not disappointed: 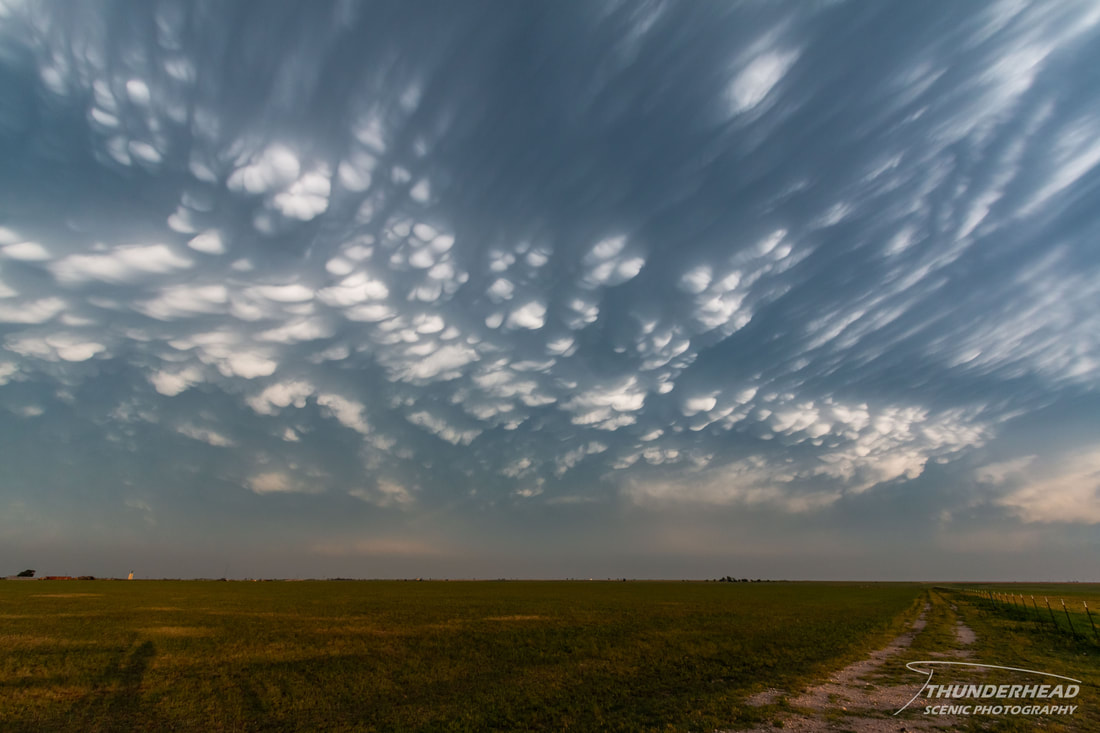 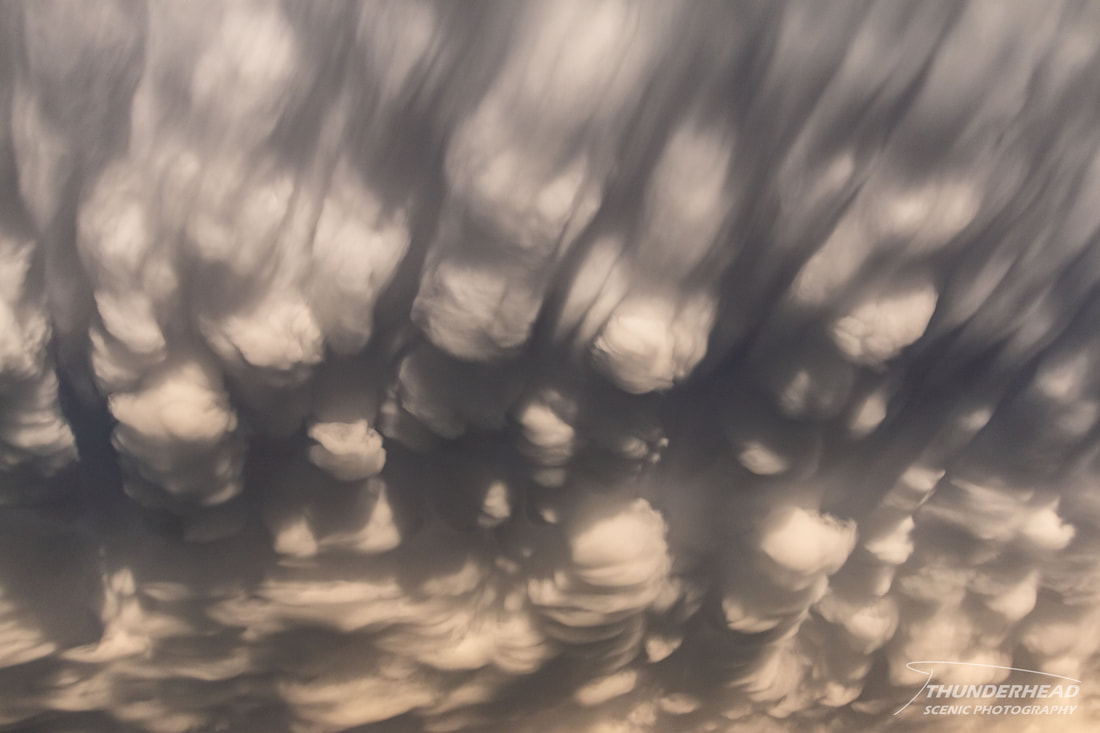 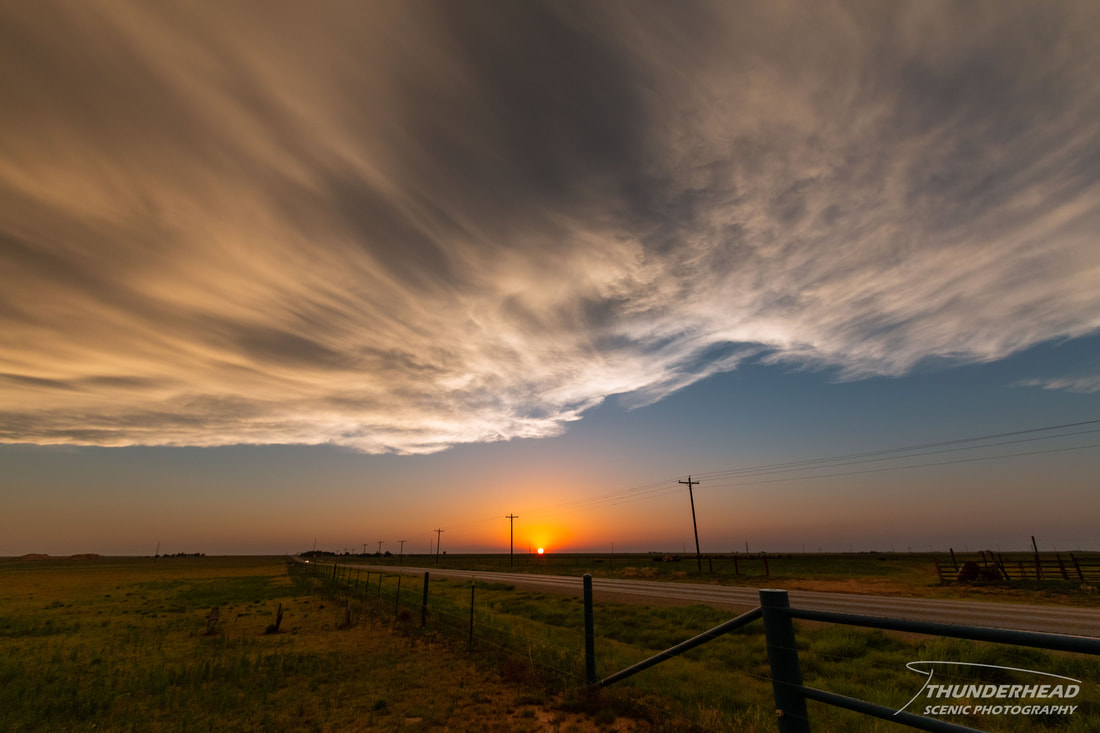 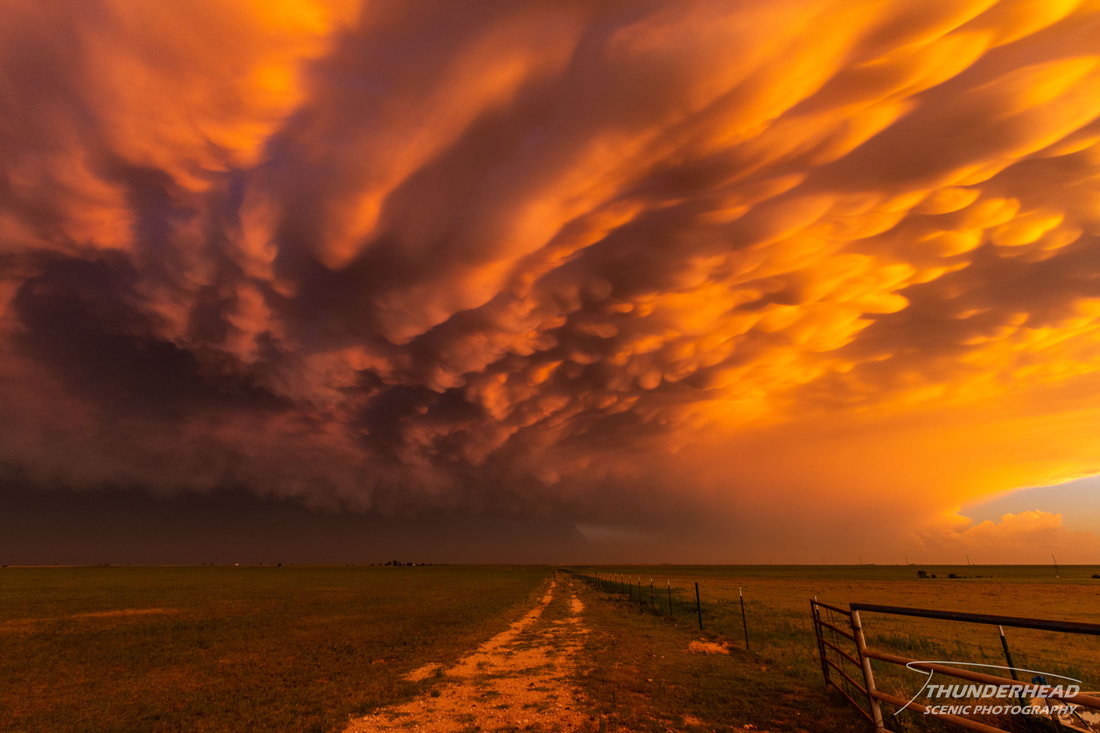 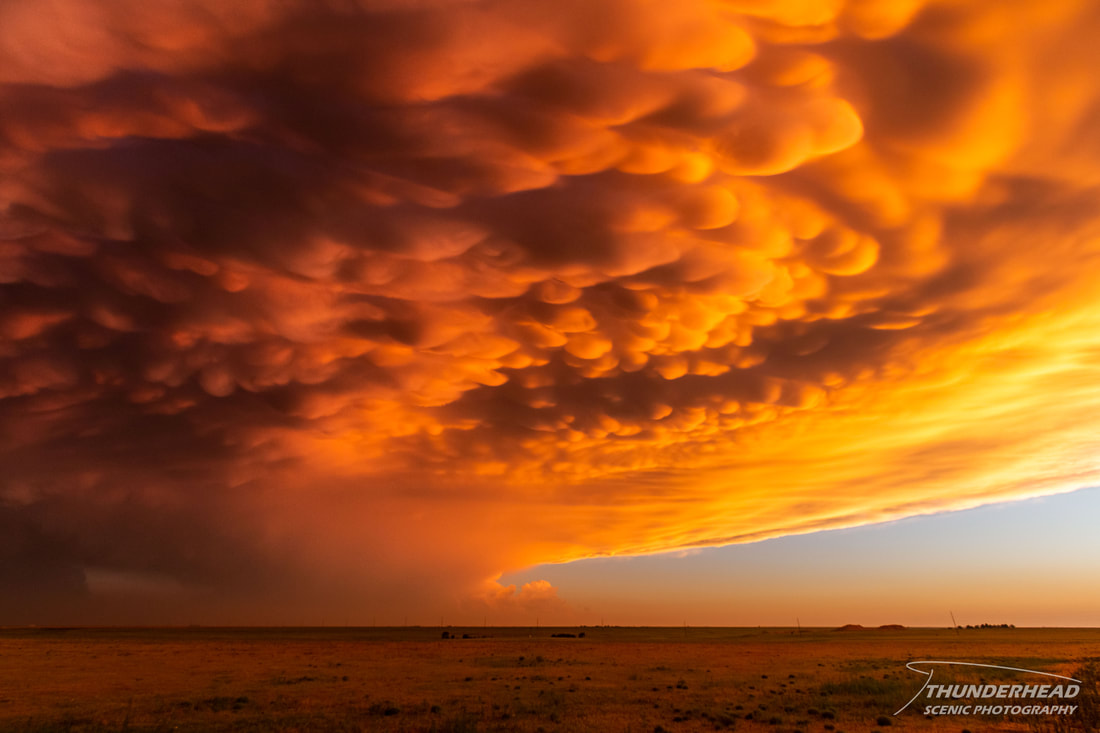 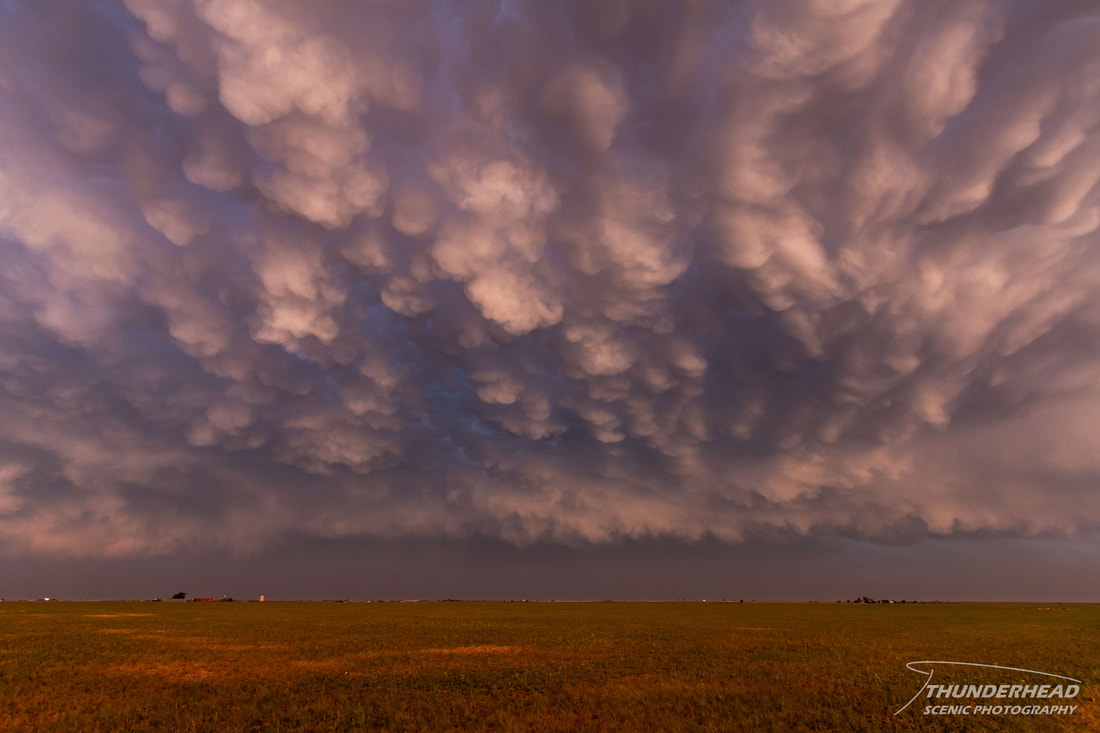 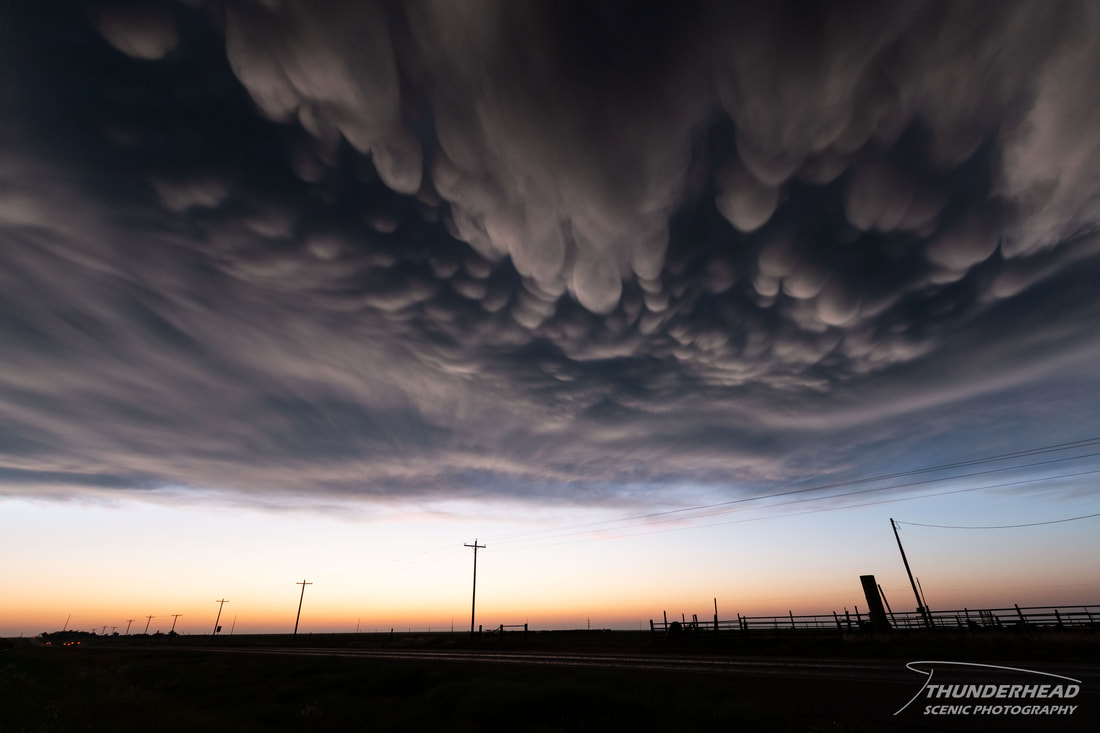 ​This was one of the best displays of mammatus we have ever seen.

​​​​The Storm Prediction Center's summary for this event can be found HERE. ​