On this day, a surface low was to form and deepen over the Dakotas, serving as the more favorable location for severe weather. However, we felt that we had a better chance at seeing discrete convection before it grew upscale and became a squall line/QLCS by targeting eastern Colorado. As the event approached, it looked like there were two targets throughout the day: northeastern Colorado earlier in the afternoon and then east-central Colorado in the early evening.

Our initial target was Limon, CO, and upon our arrival, a supercell was already going strong and moving northward toward the town. Moving further south to get a better view of it, we caught the storm just as its RFD blasted out and undercut the updraft, destroying any low-level features. Even though its immediate future looked grim, it was the only play in the area, so we zig-zagged northeastward to keep up with it. It did eventually become surface-based again and produced a healthy wall cloud and several threatening lowerings, but we failed to witness the few tornadoes which were reported and filmed by others due to our distance and positioning with the storm. We were a little cautious to get too close due to crowds and the potential to get stuck on the numerous wet dirt roads that we saw reports of and experienced ourselves. ​​
​It was around this time that we realized that we weren’t getting much out of this storm. Without feeling comfortable getting much closer to it and it lacking visual appeal, we decided to bail on it and head south to east-central CO for the second target of the day.

We reached Siebert, CO along I-70 and stopped for fuel as the tail-end storm of a newly-formed line passed just to our west. The gas station’s gravel lot served as a good look-out point for the tail-end convection, and we were in the company of several other chasers as Michelle and I discussed what our next move would be. We were only parked for a few minutes when a chaser excitedly knocked on our window and pointed to the western horizon where a small funnel was stretching out beneath the tail-end updraft:
​If it wasn’t for that chaser, we may have missed the funnel completely (thanks whomever you are!). As we moved northward to keep up with this portion of the line, the funnel held for several more minutes, not changing much in shape, appearance, or distance from the ground. Footage from Arriba, CO that we saw later showed dust being swirled beneath the funnel, confirming it as a tornado (though I suspect it may have been more of a landspout than tornado).

Discrete convection began to develop south of our position and ahead of the developing squall line, and we moved eastward to get in a better position. A storm southwest of Burlington became tornado-warned, but when we got into view of it shortly after the warning, it looked like it was struggling to stay alive, let alone produce a tornado.

We continued slowly moving eastward, stopping to watch as the nearby storms began to grow upscale into a line with embedded supercells that occasionally seemed like they may produce a tornado, but never did: 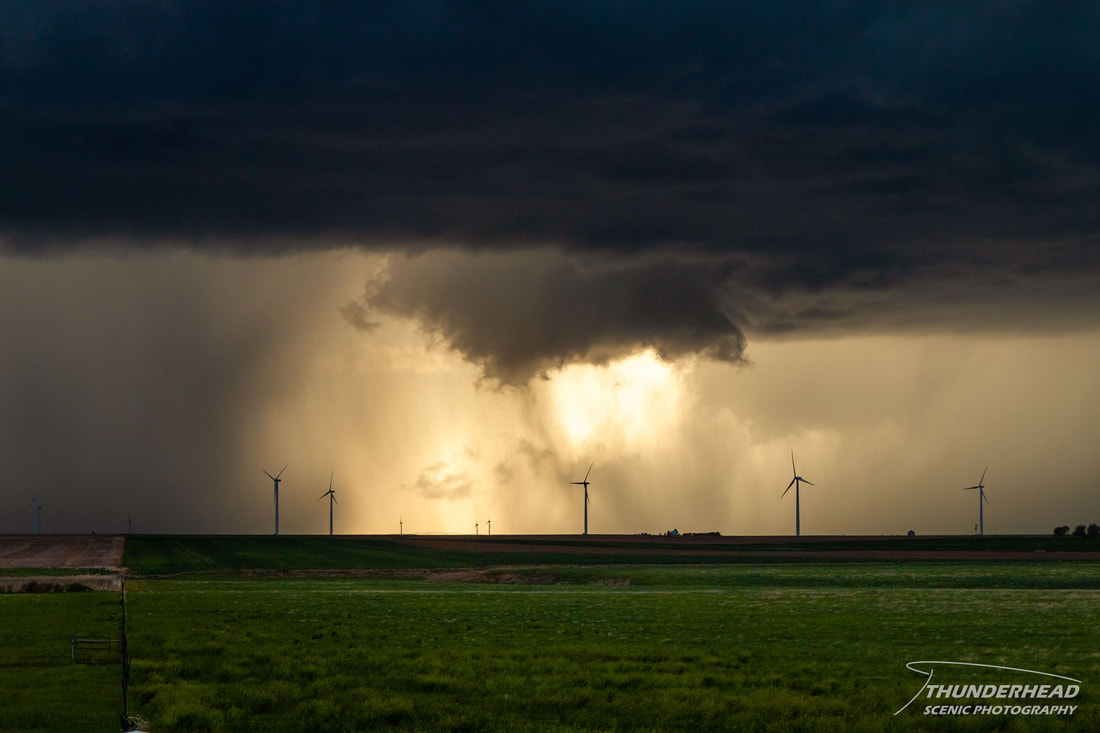 As the sun began to dip below the horizon, we watched one last supercell form and merge with the squall line, eventually becoming outflow-dominant: 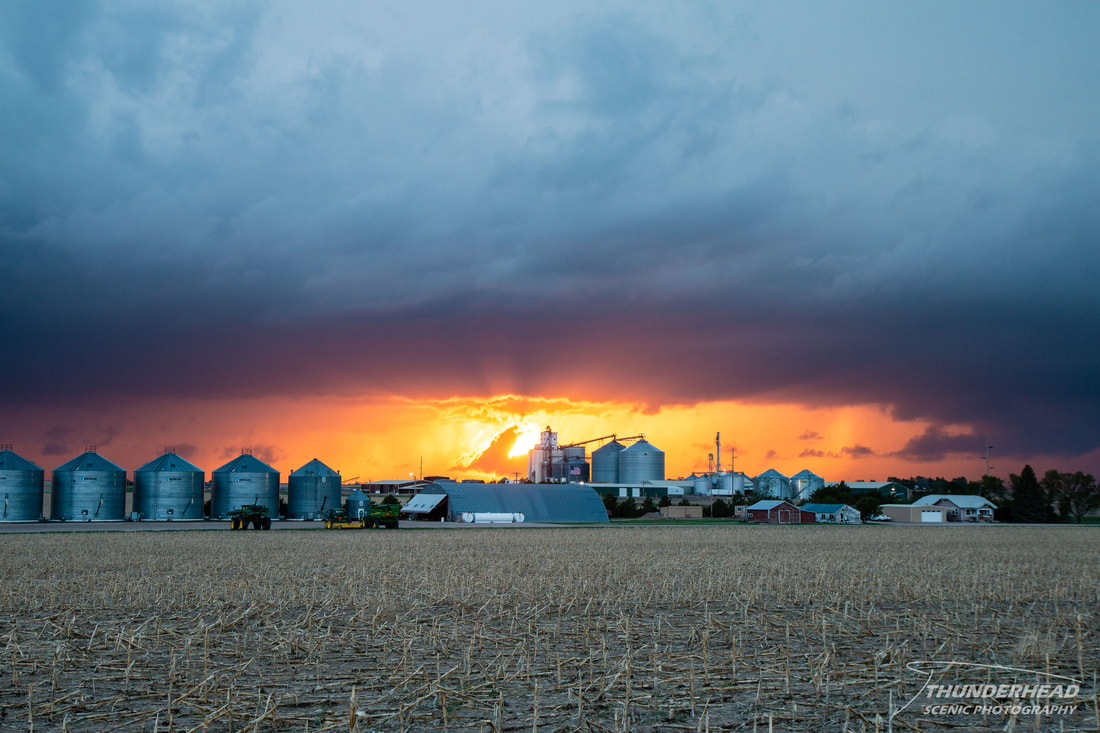 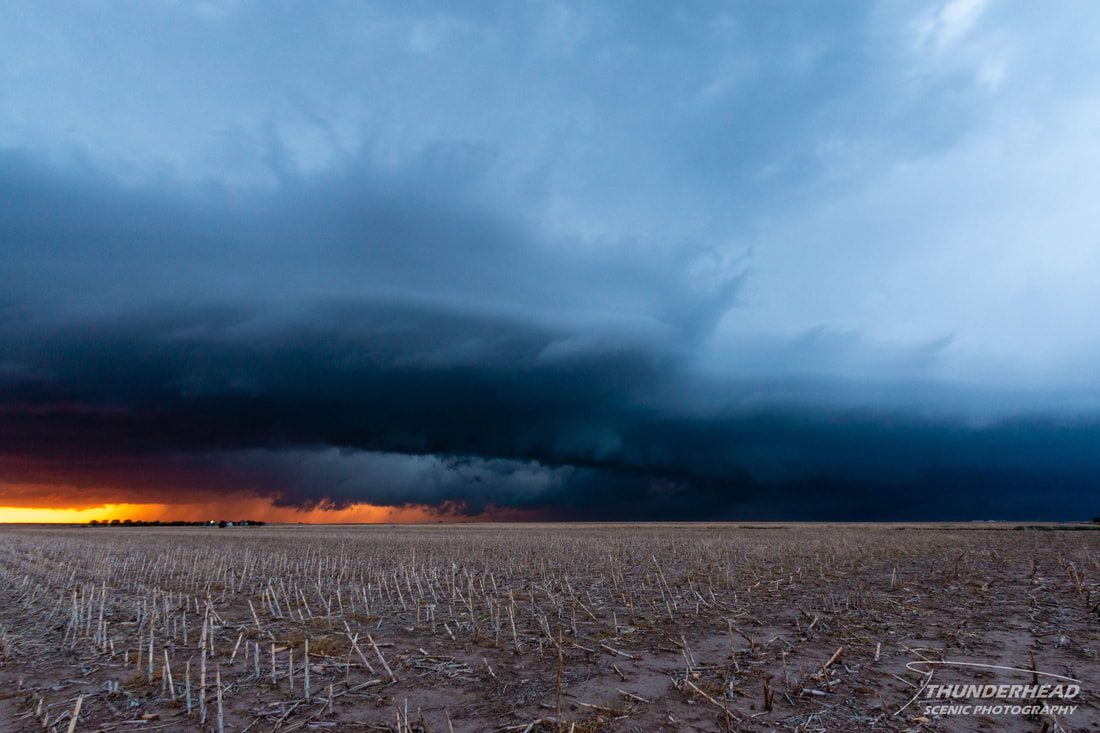