Another day, another chase with two potential targets. A southwest-northeast oriented stationary front was draped across the Texas Panhandle and would serve as the best focus for storms during the afternoon, but storms were forecast to quickly congeal and form a line or cluster. A less probable target existed along the dryline southward through the Panhandle and west Texas.

As we approached Amarillo, TX late in the morning, surface observations showed that the stationary front wasn’t so stationary and was actually advancing southeastward as a cold front. This did not bode well for healthy storm chances later in the day, so we moved southward on I-27 to Tulia, TX to be closer to the dryline but still not out of reach of the front to the north. Storms began to develop along the dryline just south of the cold front intersection. These storms tracked quickly to the north-northeast and overran the cold front, greatly limiting their tornado potential. Storms were also forming along the cold front, but they too were getting undercut by the front or getting strung out along it. However, seeing as there were storms attempting to form along the dryline, we moved toward it near Dimmitt. Once we reached town, we noticed a storm to our south near Hobbs, TX. This cell was isolated, and even though it wasn’t in the best environment, it looked better than the prospects up north. We met this cell west of Lubbock, and as with the previous day, the smoke and blowing dust limited our view of the base. Repositioning to nearly being directly underneath it, we could see that there wasn’t much structure, but an occasional suspicious lowering:
​No sooner did we get under it, an RFD blast swept across our position. This kicked up even more dust, further muddying the field of view of the storm and producing a brief gustnado south of our position. Any suspicious lowerings dissipated after this surge: 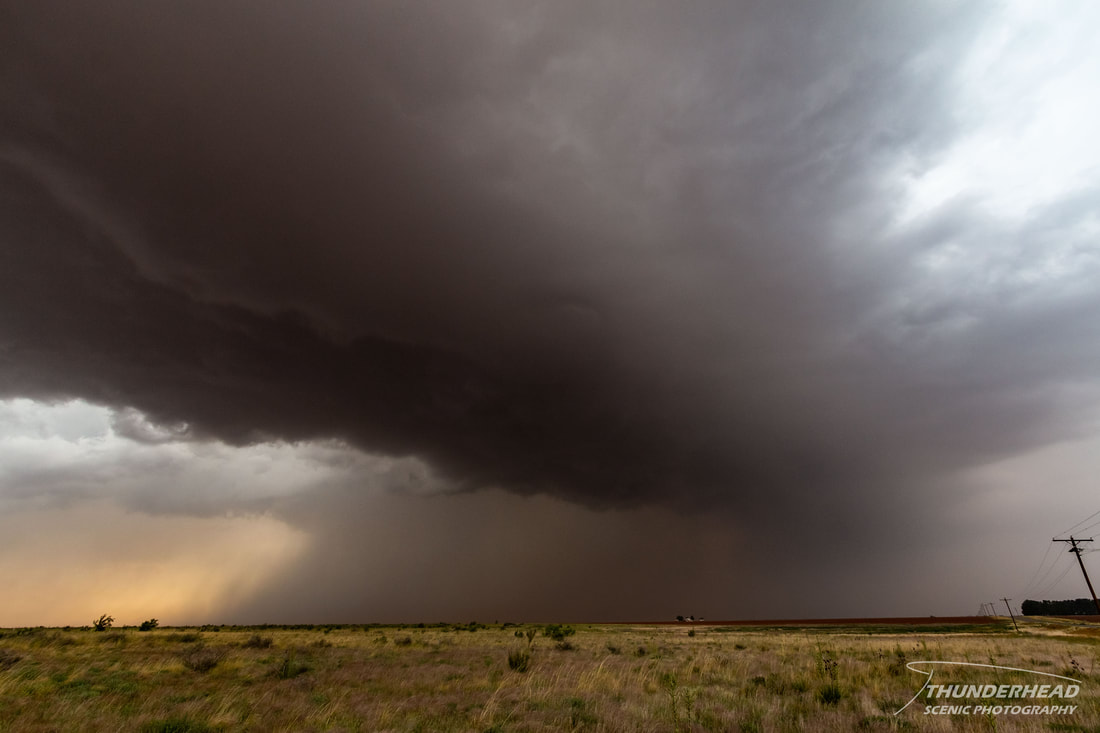 ​We continued to follow it toward Lubbock and tried to position around the city to avoid the population, but as we did, the cell fell apart right over the city. Another supercell was following behind it, so we repositioned for that one. From afar, it had a beautiful, crisp updraft (below), but once we got close to being under the base, we saw that it too didn’t have much to see in terms of low-level features. 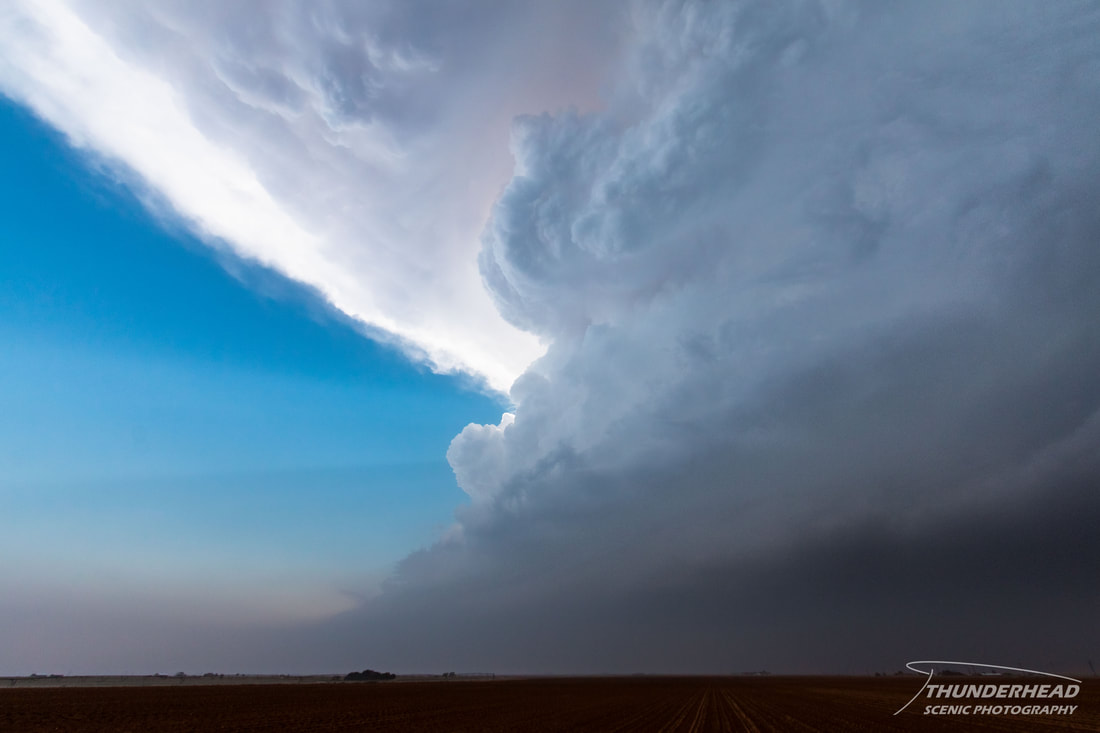 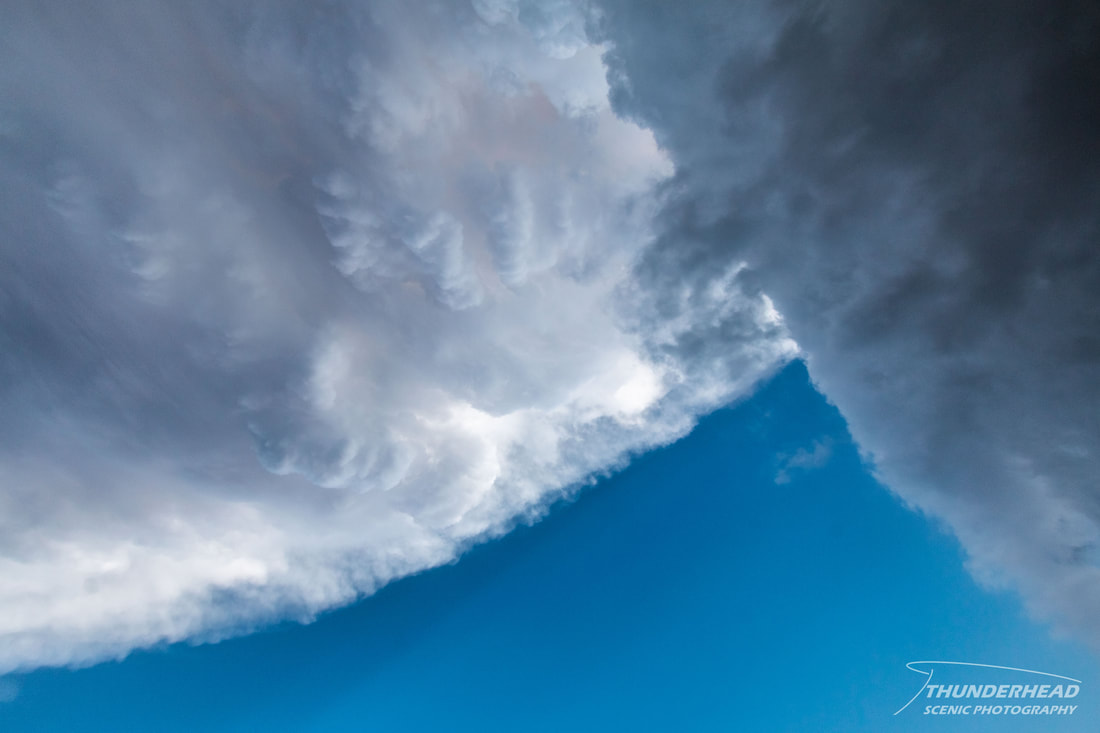 We followed it to the east-northeast of Lubbock, were it weakened and began to lose its look: 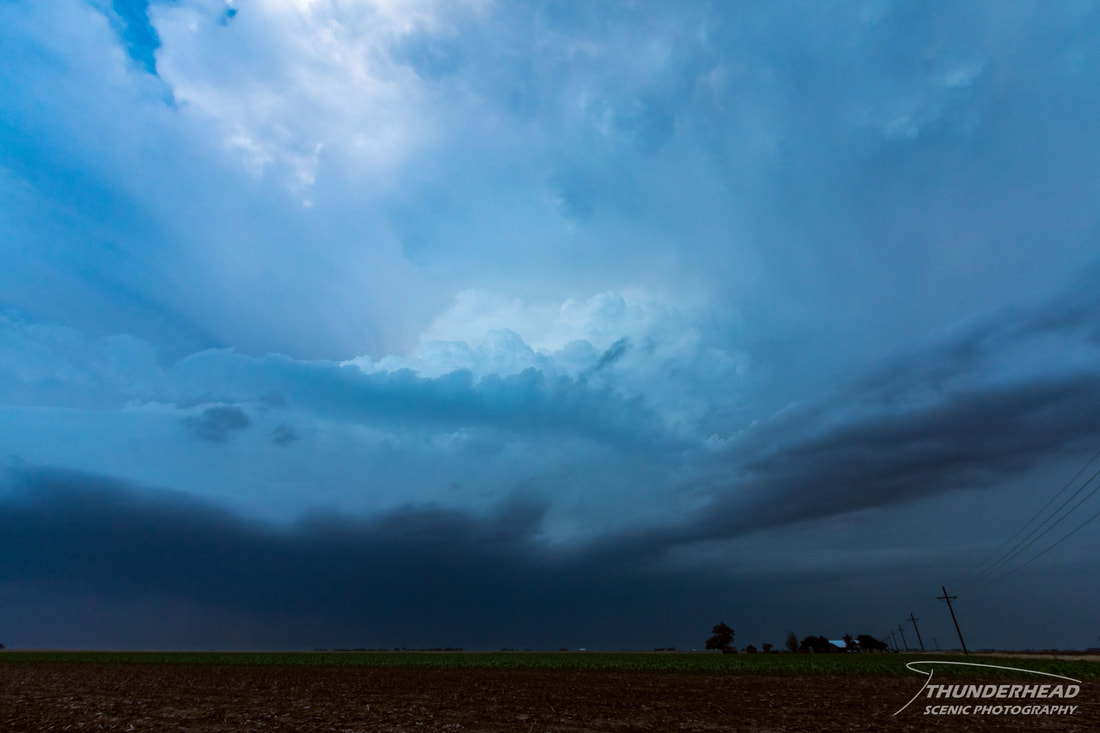 ​Another supercell was approaching the city from the west, which was producing a ton of lightning as the storm mixed with the setting sun:
It did have a suspicious, funnel-like feature in the “right” place, but it did not appear to be rotating: 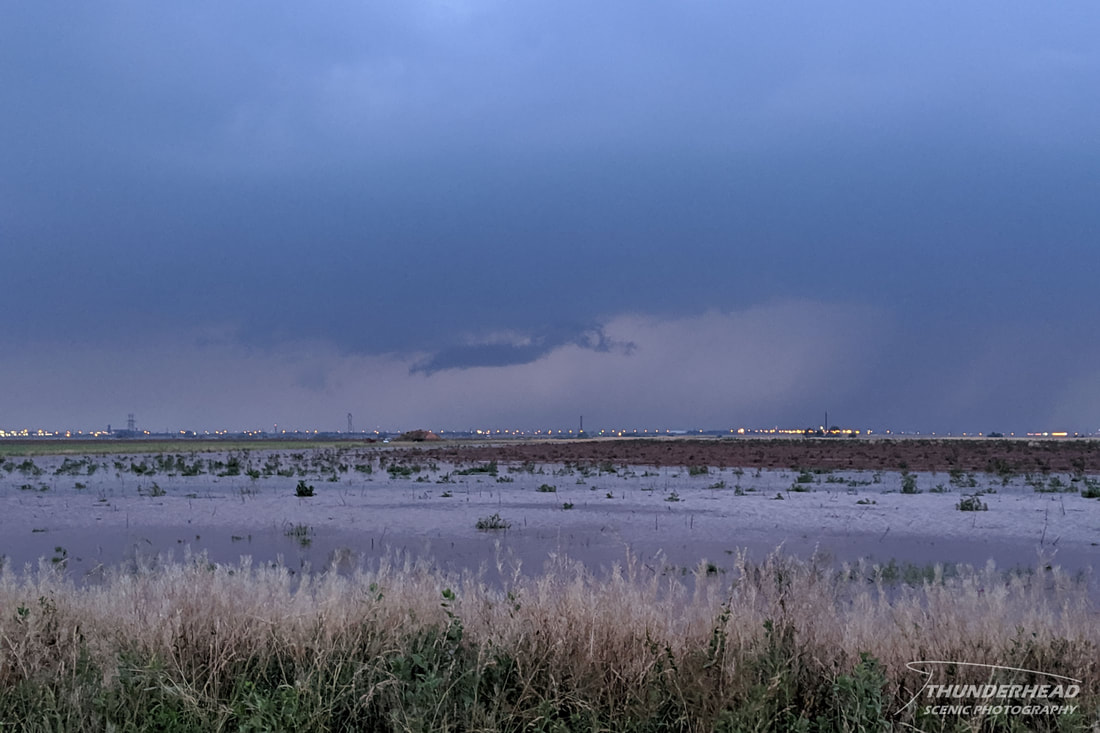 We tried to get closer to the base of this storm to see what we could see, but there was not much structure or visible cloud-to-ground lightning, so we called it a night.

​​​​The Storm Prediction Center's summary for this event can be found HERE.