The sagging cold front from the previous day had slowed across the Nebraska panhandle and northeastern Colorado. During the day, warm, moist air moving northward would pool along the front range and front as southwesterly upper-level flow passed over the area. Storms were forecast to fire early to mid-afternoon along the front range and near the boundary and move north/northeastward. The hope was that storms would track along the aforementioned boundary as it stalled and became more diffuse, enabling mature storms to ingest vorticity along the boundary and produce tornadoes.

As we approached Brush, CO, we could see convection bubbling along the boundary just to our south. We stopped in Brush to assess the environment and fuel up, and in the seemingly brief minutes it took us to do so, a robust storm had developed to our south and was moving northward. We moved east of town toward Akron, stopping about half-way there along County Road U around 1:20 PM MDT. We could see a clear view of the storm’s base, and it looked healthy: 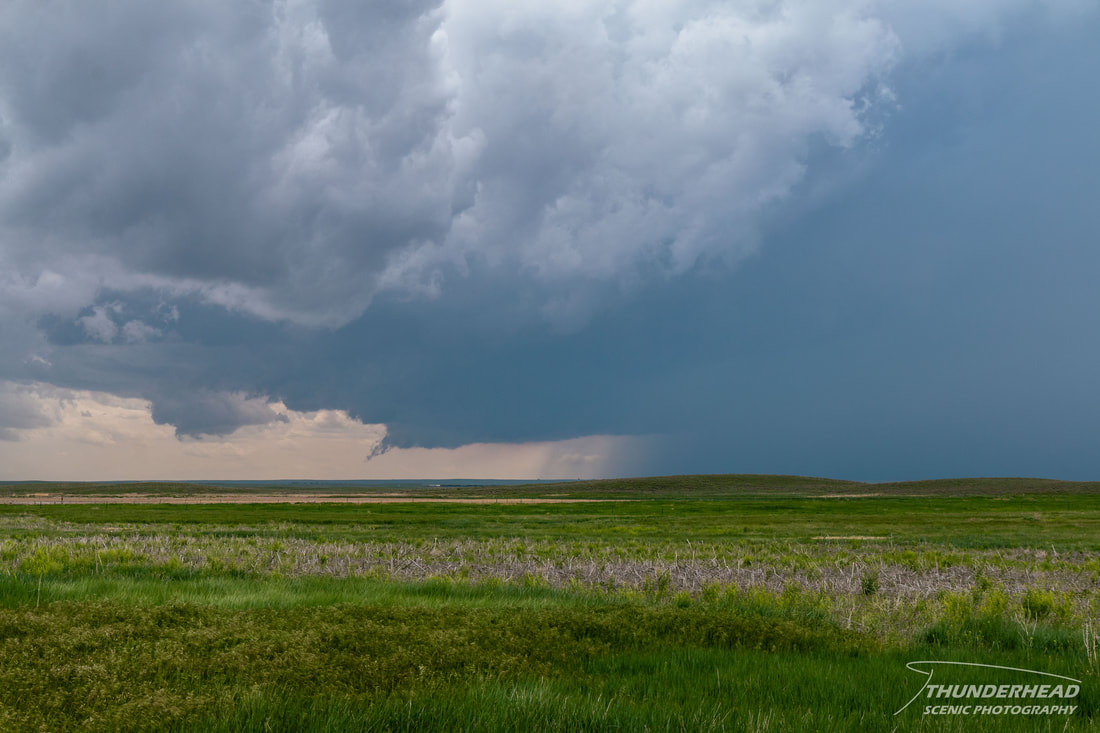 ​It wasn’t long before we noticed a dust plume beneath the base around 1:26 PM MDT: 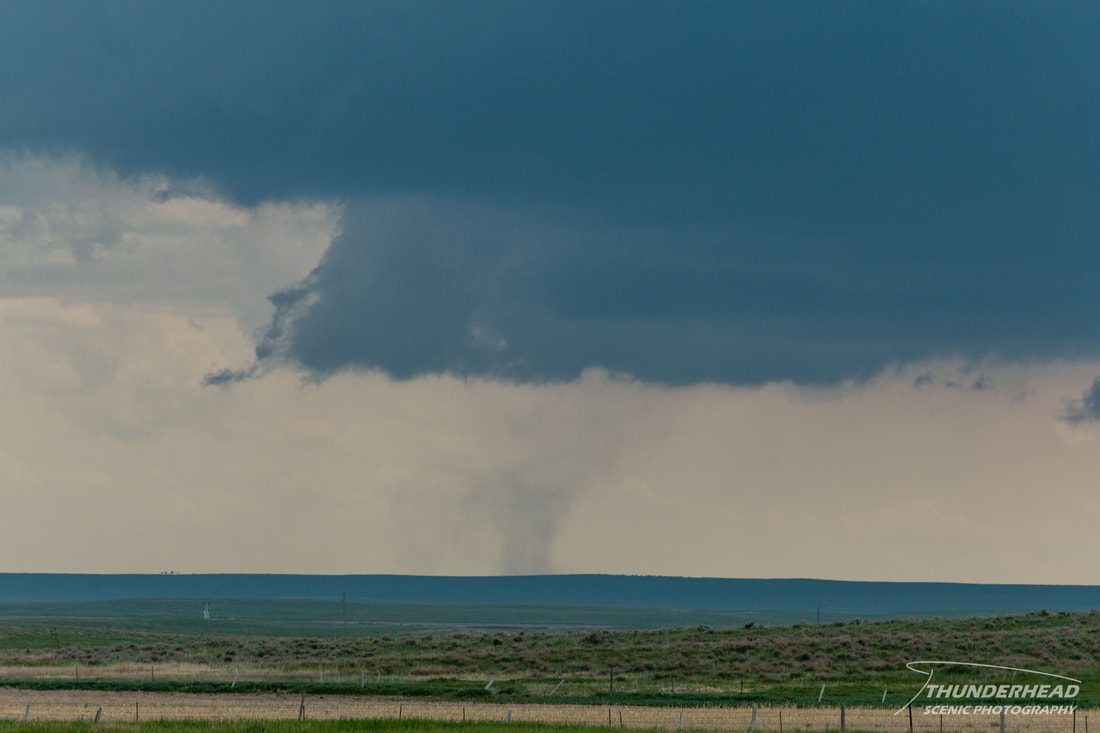 From our distance, it was hard to tell if the dust was rotating or if there was anything above the dust, so we couldn’t determine if it was a tornado or an RFD surge. A minute later, an appendage appeared above the plume, and shortly thereafter, a fully condensed funnel was visible. It lasted about a minute or two and then roped out: 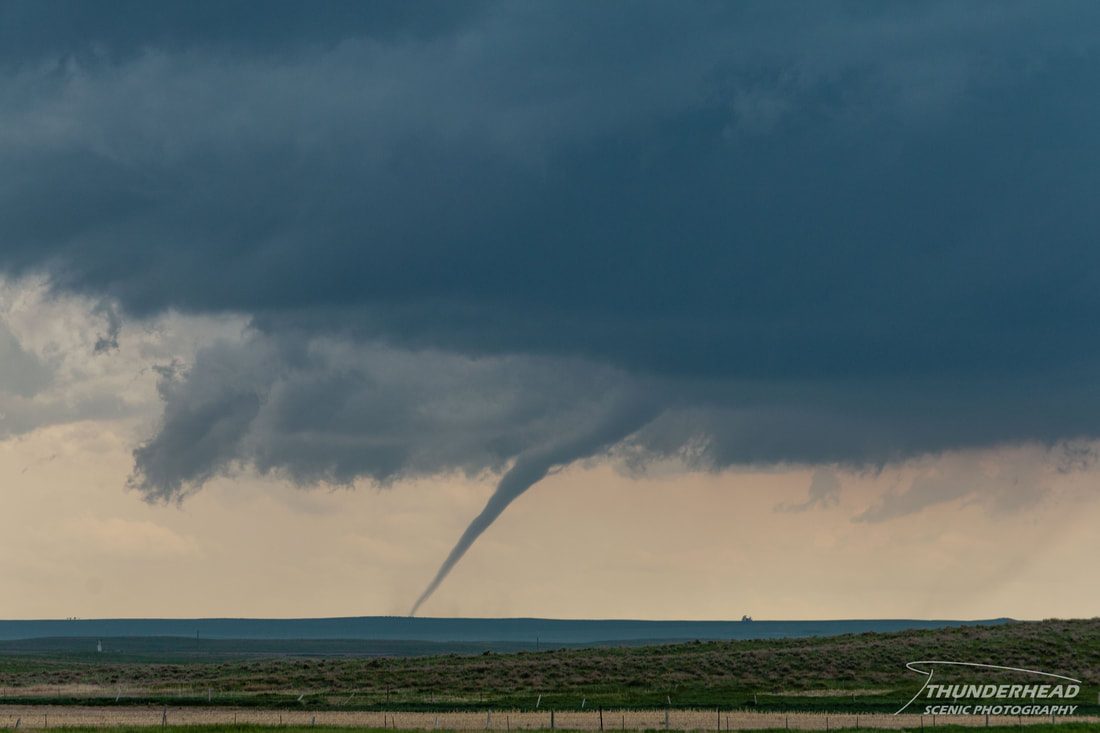 The storm seemed to want to cycle as it moved up the boundary. It had another reported tornado on it several minutes later just to our west, but we did not see it from our position. Another storm formed almost on top of us, and it too looked like it wanted to produce: ​ 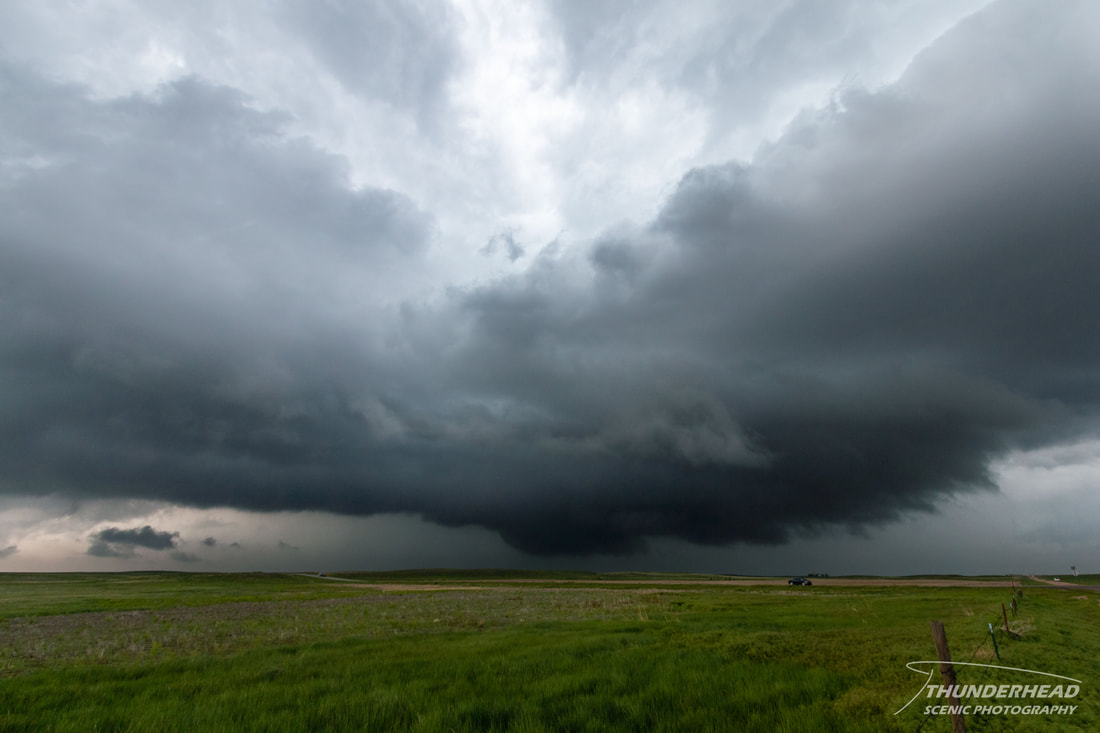 At this point, the storm mode got messy, as the previously mentioned storms interacted with each other and additional convection, producing a large cluster. We tried to keep up with this newly formed cluster as it moved northeastward, but it became apparent both visually and on radar that it wasn’t worth the chase. We headed back to Sidney, NE for the night, watching as the remnants of the “storm of the day” from central CO made their way into the NE Panhandle, but they failed to produce anything photo-worthy.
​
The Storm Prediction Center's summary for this event can be found HERE.