During the previous day, this day didn’t hold much promise for severe weather. The greatest chances looked to originally be in southeastern Colorado, which is why we chose Pueblo, CO for our night’s stay the day prior. Even in the morning, the setup looked worse and we had very little hope for it. We decided to not even try and planned to go to Garden of the Gods in Colorado Springs, which was somewhat on our way home. Of course, come mid-morning, things started to look at little better for severe weather in northeastern Colorado, which is pretty much where we were the day prior. We still didn’t have much hope for the day, but decided to give it a shot. We cancelled our plans and went back north right to where we were the day before, which was only slightly frustrating. A storm attempted to get going and was heading right for us from the south, so we moved eastward on I-70 and got off in Byers, CO to watch it. It displayed some interesting, but not great features for a while: 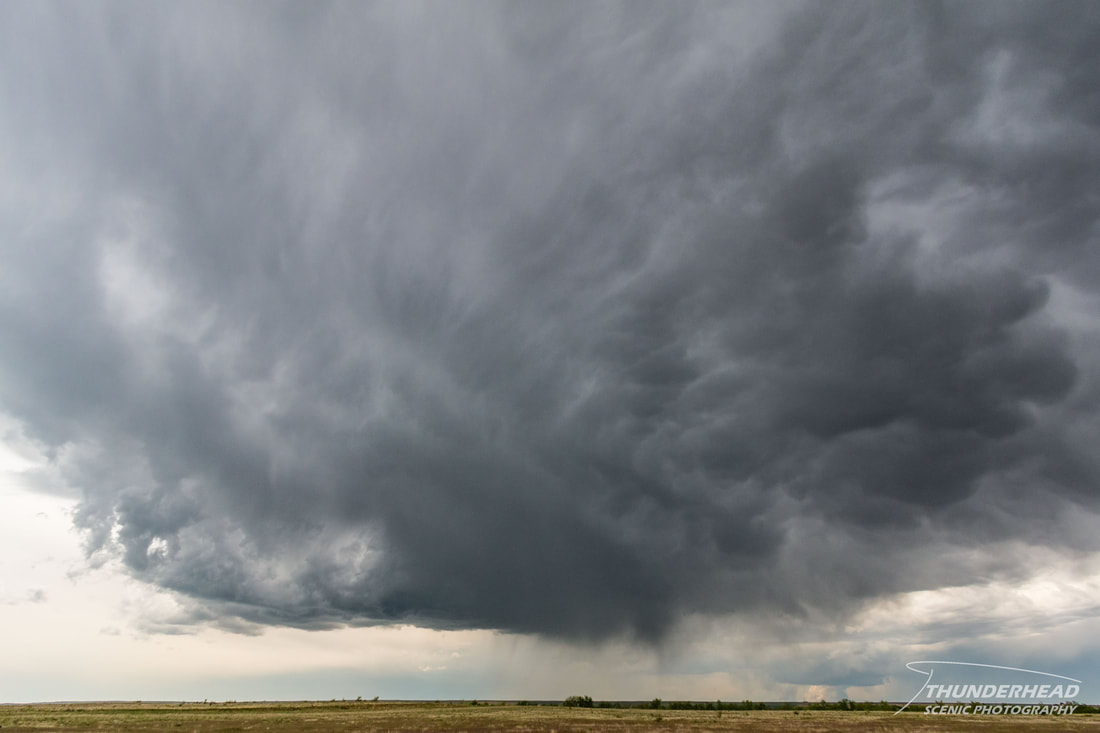 It merged with another storm, but that didn't help it, and it remained rather lackluster. Of course, while we were watching this storm, we failed to notice the tornado-warned storm about 20 miles to our west just east of Denver. The base of this storm can be seen in the above photo to the left of the Thunderhead logo. We decided to go after this one on the interstate and got off near Bennett, only to watch it die. Another storm popped up near where that storm had been, looked terrible, and then died too. Meanwhile, the storm we left was still trying hard to get going, but was continuing to have trouble doing so. Another storm to the south of the previously mentioned two dead storms tried to get going, displayed a somewhat ominous but most likely non-threatening lowering (photo below), then died. See a trend here? 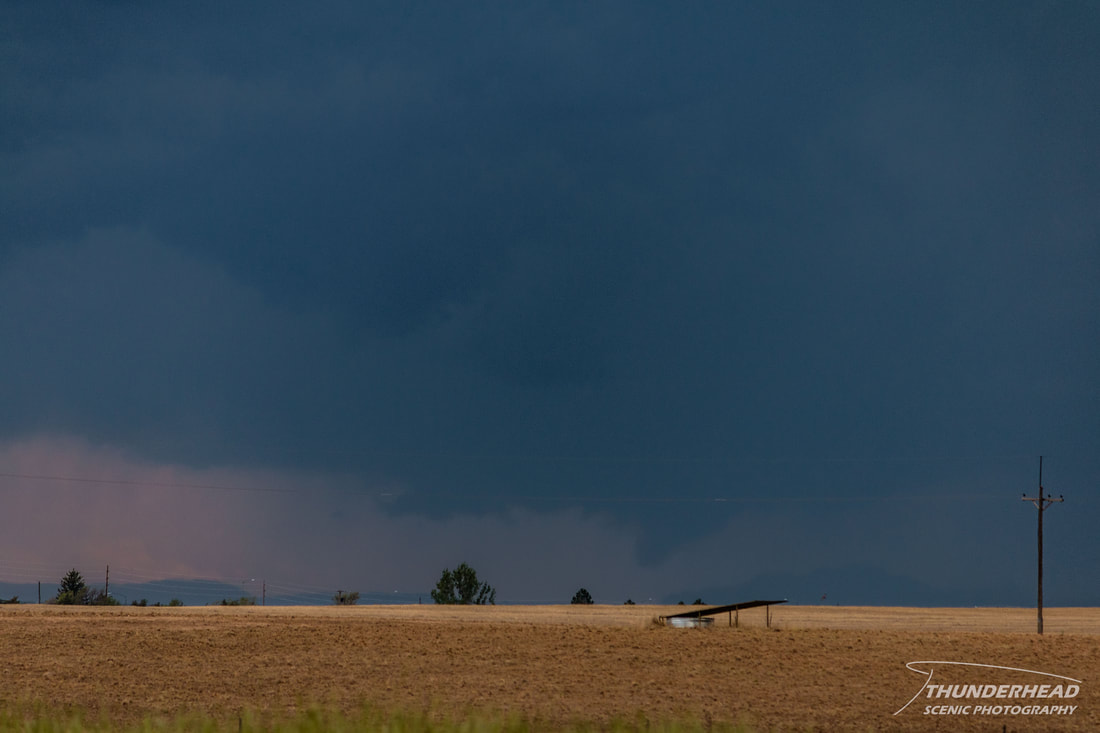 ​We decided to call the chase and head home. As we got closer to the Kansas border, a leading stratiform severe line was in front of us. The wall of convection that stretched across the horizon looked awesome, and it was warned for half-dollar-sized hail and 60 mph winds. It was also only about 5-10 miles wide, so we drove through it quickly, but didn't encounter any severe weather. Once we got through it, the portion over the interstate dissipated and left two interesting areas of convection with some striated shelf-like features to our south (first photo below) and north (second photo below): 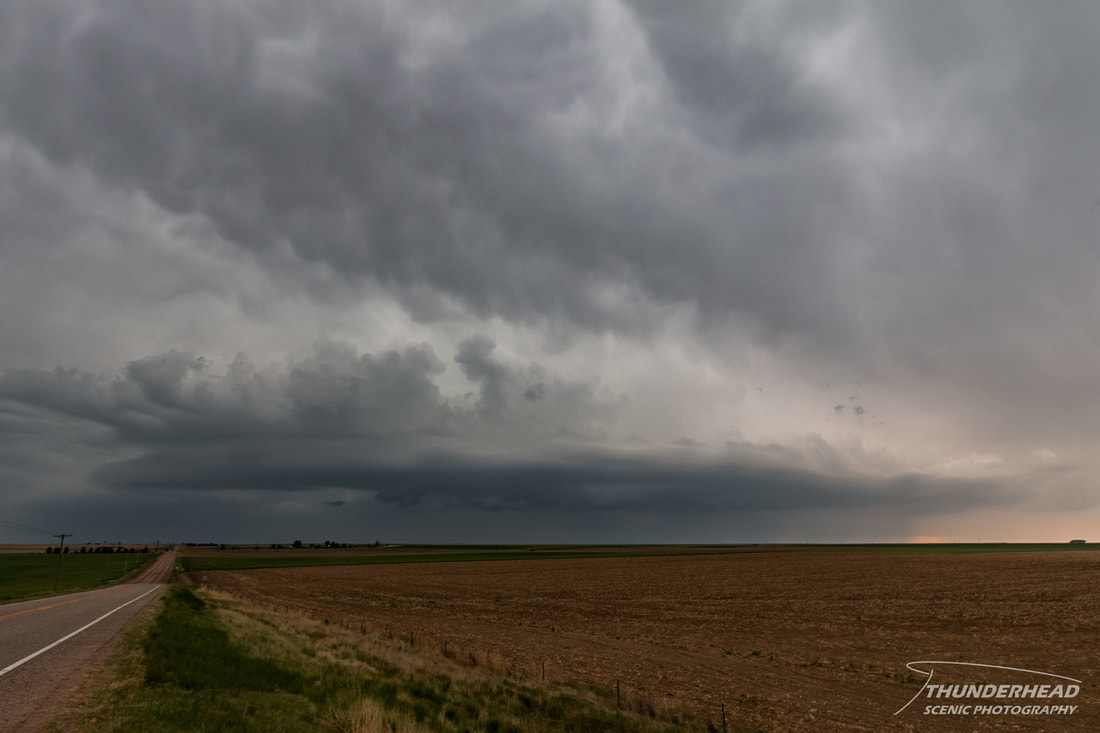 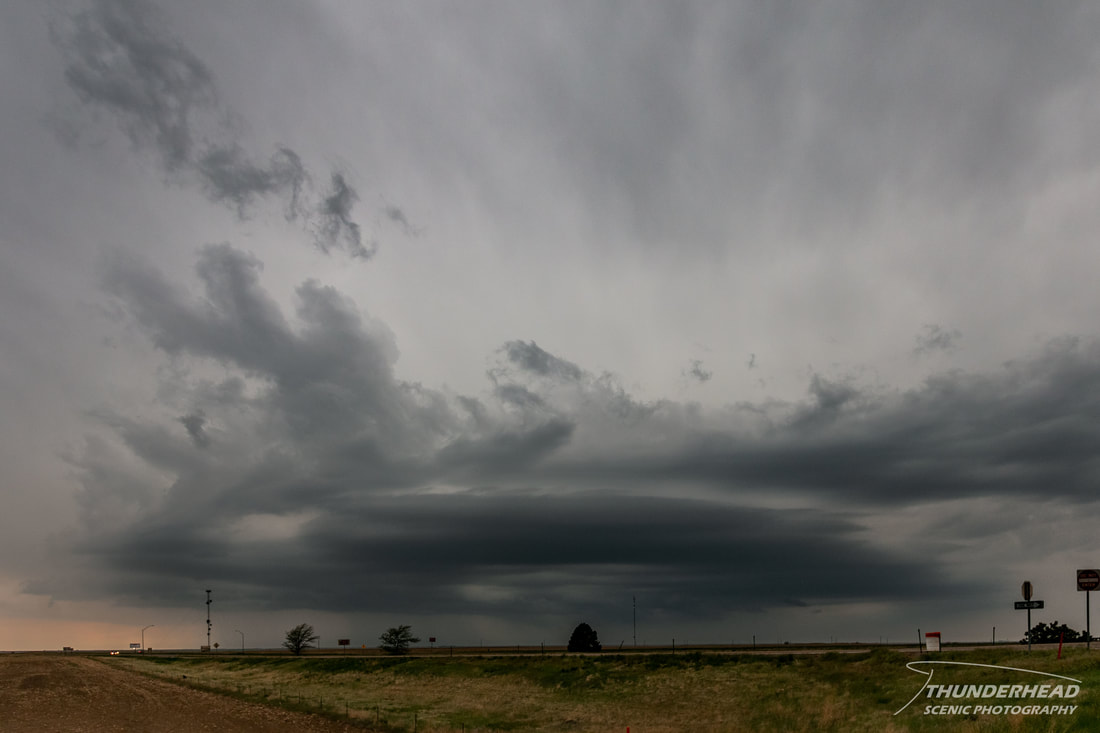 We stopped to photograph these twice on our way east, as the features morphed and took on very peculiar appearances: 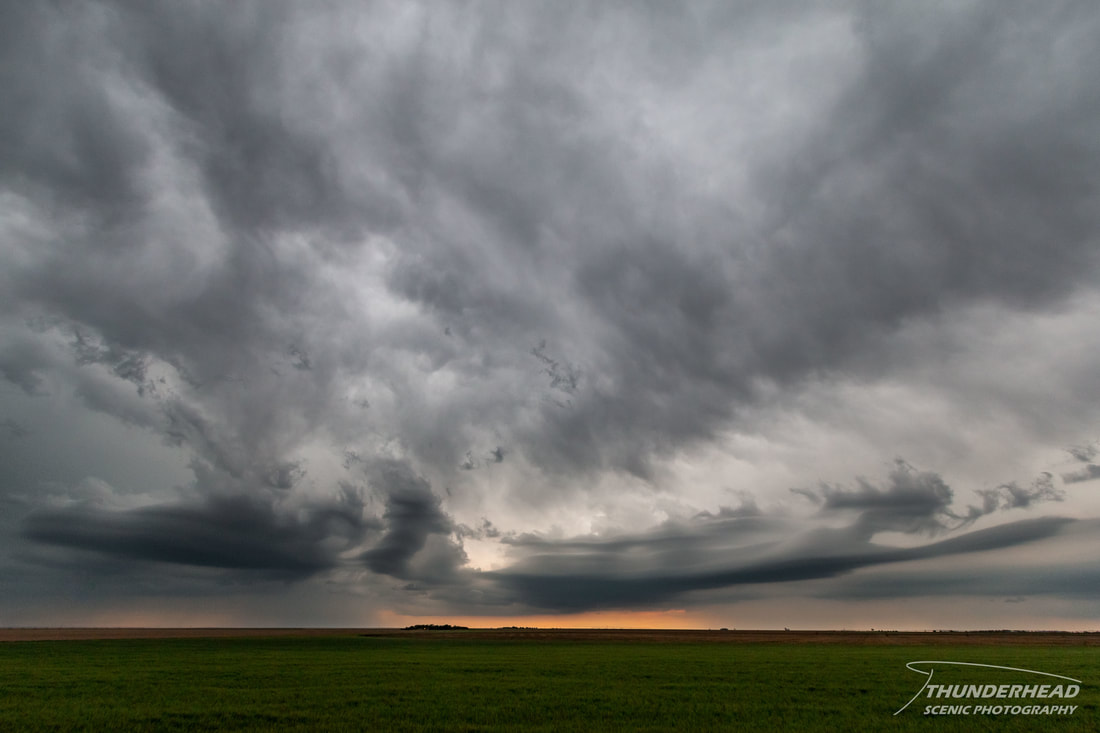 ​
The Storm Prediction Center's summary for this event can be found HERE.