We checked out of the hotel and left Sidney, NE at 11am to head to our target area of Cheyenne, WY. Storms were to fire along the mountains from Denver, CO up to Casper, WY and move eastward, so again, we felt we were in a good, central location. We got to Cheyenne as storms began firing to the north and became severe. Of course, there were storms starting to form in Denver too. We were about half way between the two points, but the convection to the north was already established and looked better, so we went north on I-25. Considering it was mid-May, it was cool to see that as we went northward, there was still some small patches of snow on the ground. Regarding the storms, there were two in a west-east oriented line. As we got close to the eastern storm, we noticed that it had a large base and messy wall cloud. However, its low-level features mostly dissipated and it became rather lackluster by the time we stopped near Chugwater, WY to take a few pictures: 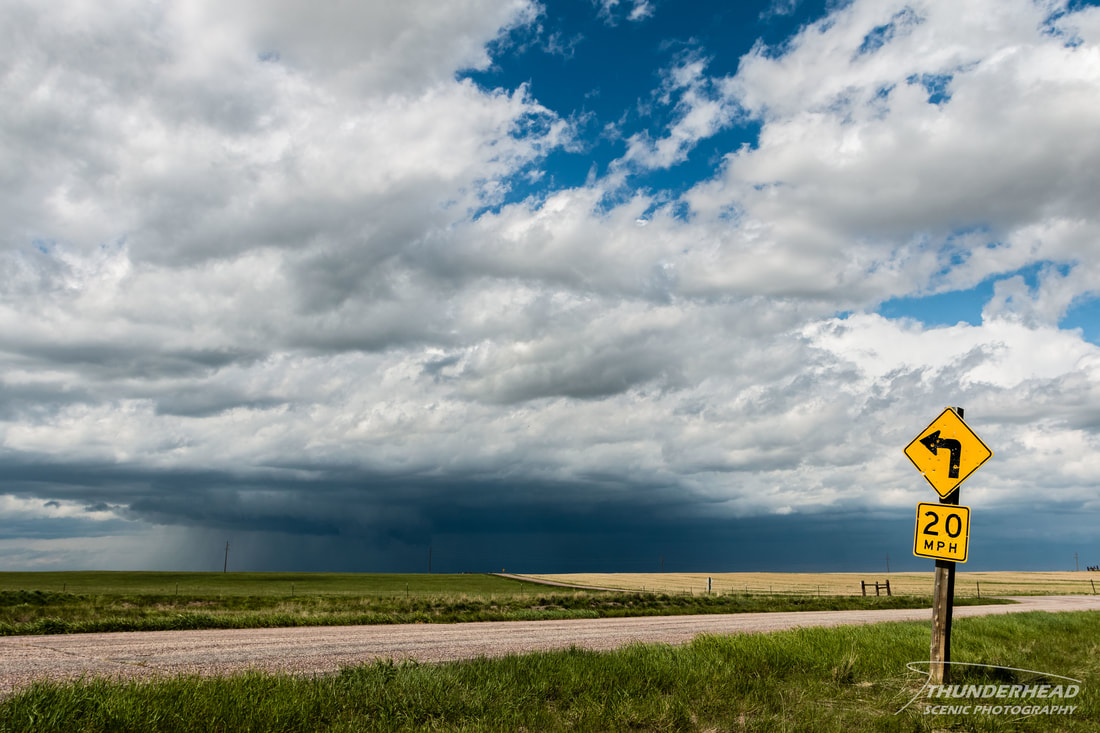 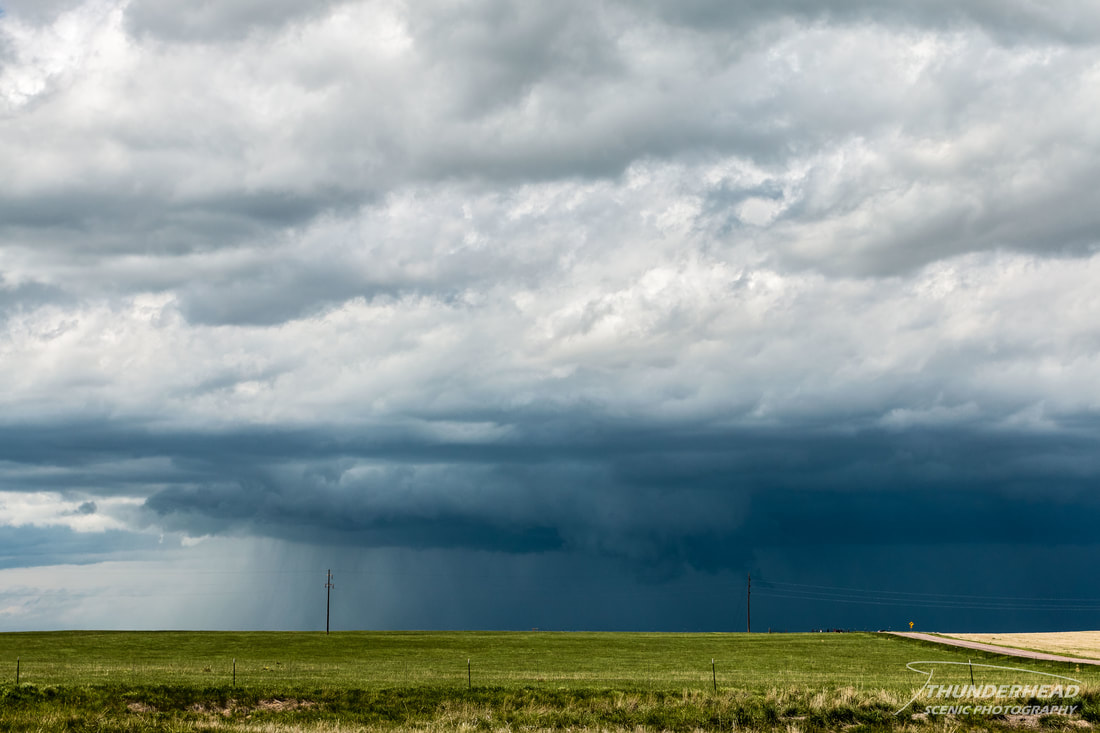 This storm continued to look worse and became disorganized, ridding us of any desire to chase it. ​At this time, the second storm was just to the west and was moving along the same path as the first. We moved a little east of Chugwater and watched as this storm seemed to scrape the top of the mountains and become more organized as it approached: 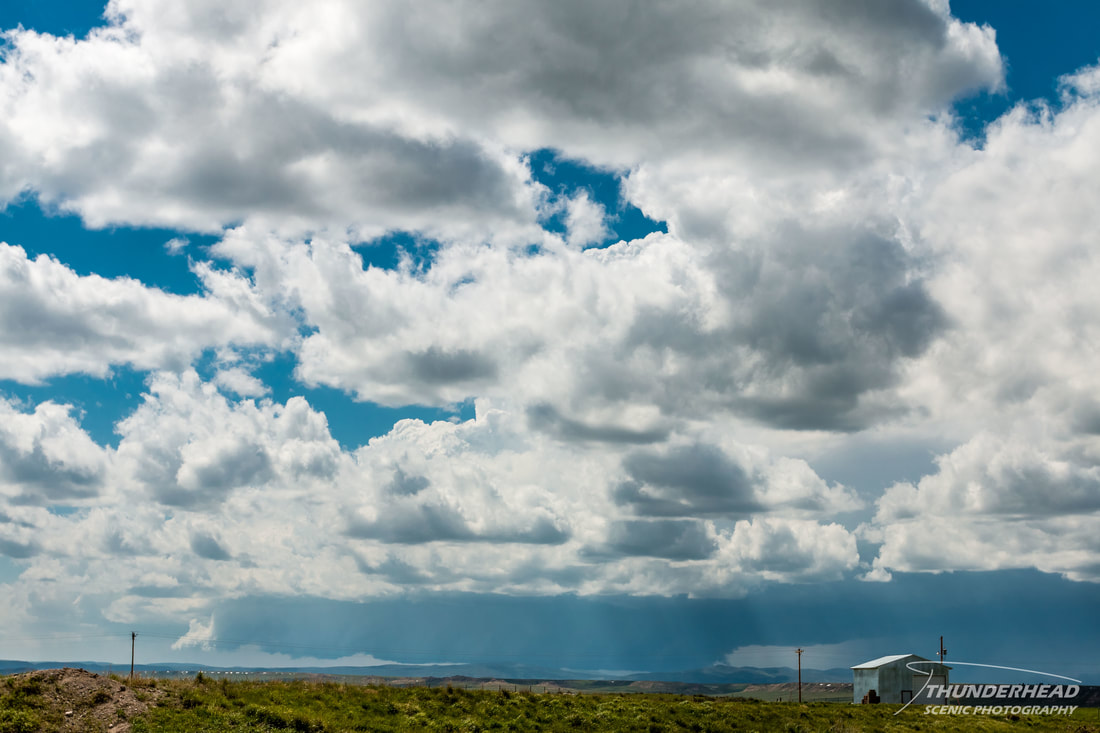 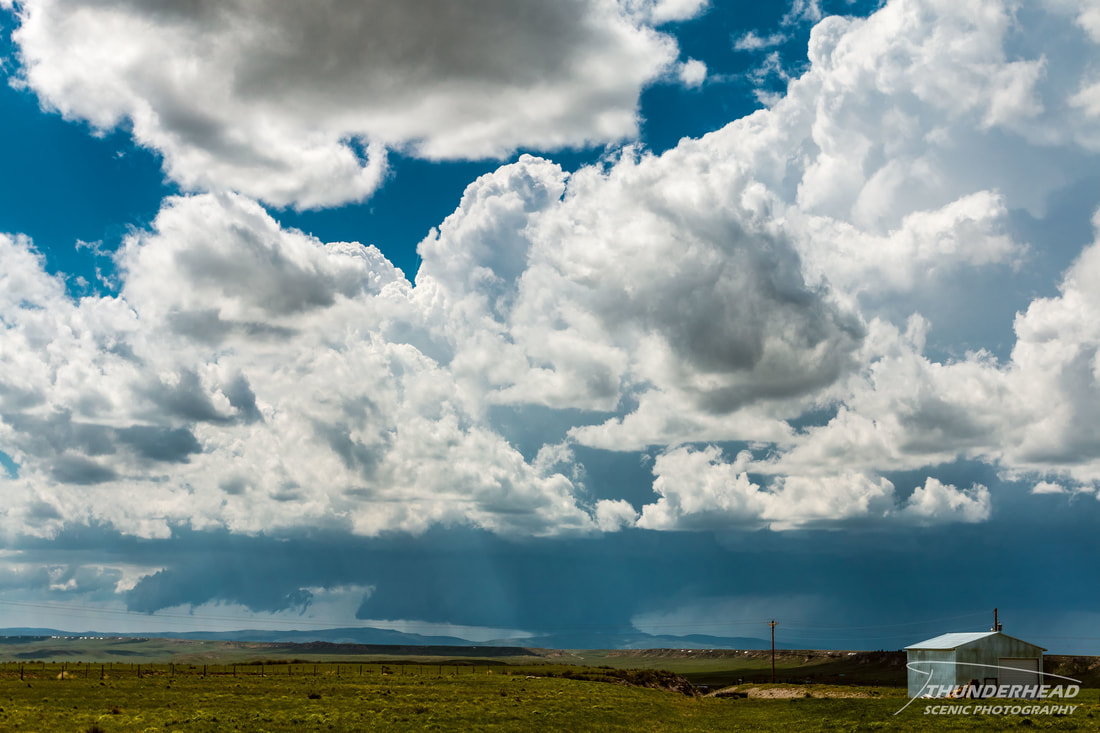 As it got closer, it too seemed to become outflow-dominant, losing its low-level features. However, as it got even closer, it began to get its act together again and formed a reasonable wall cloud: 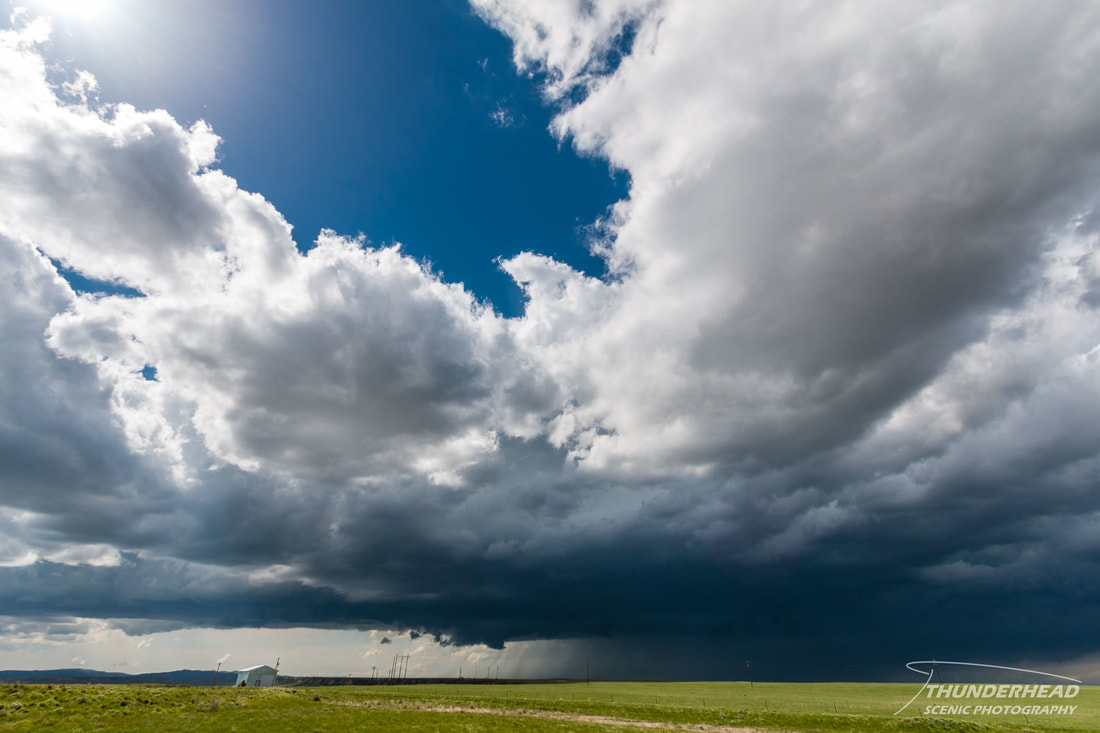 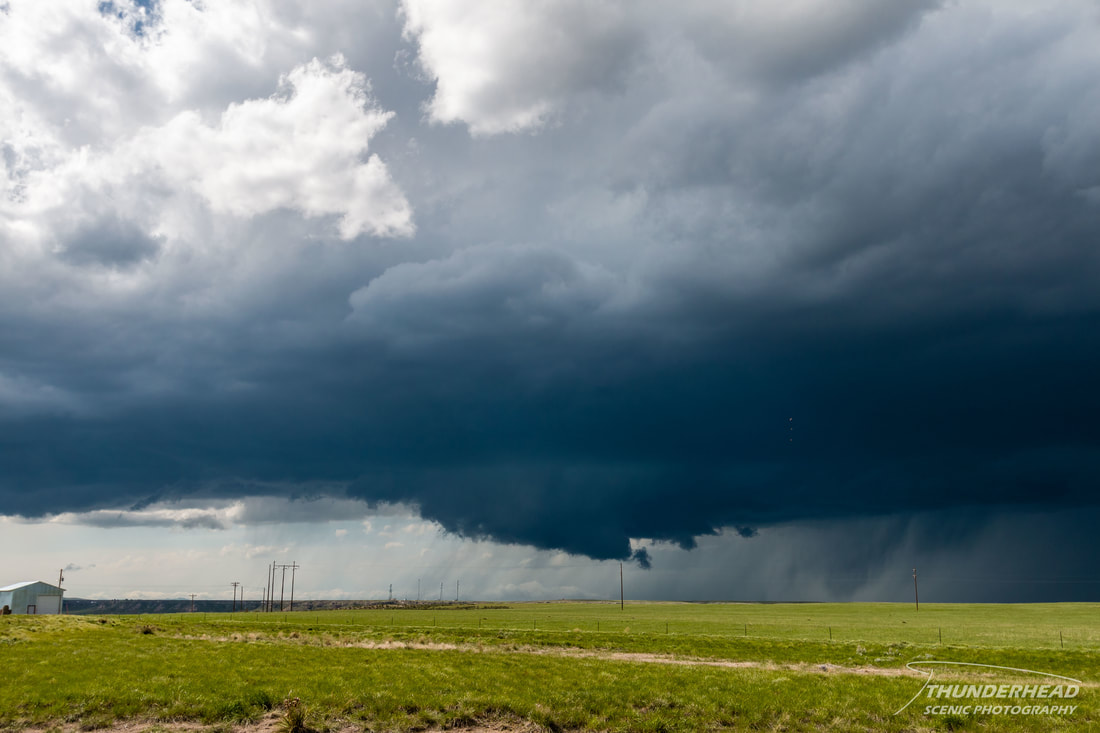 We still didn’t have much faith in it, and yet again, it became outflow-dominant and did the same as the first storm: 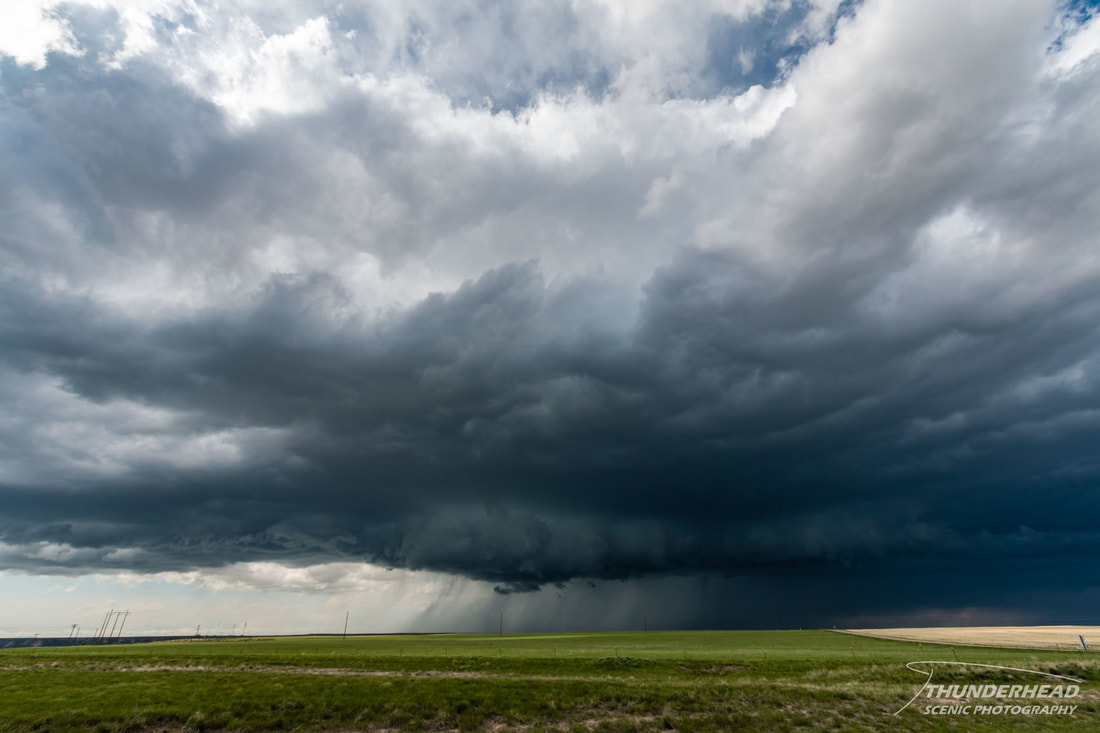 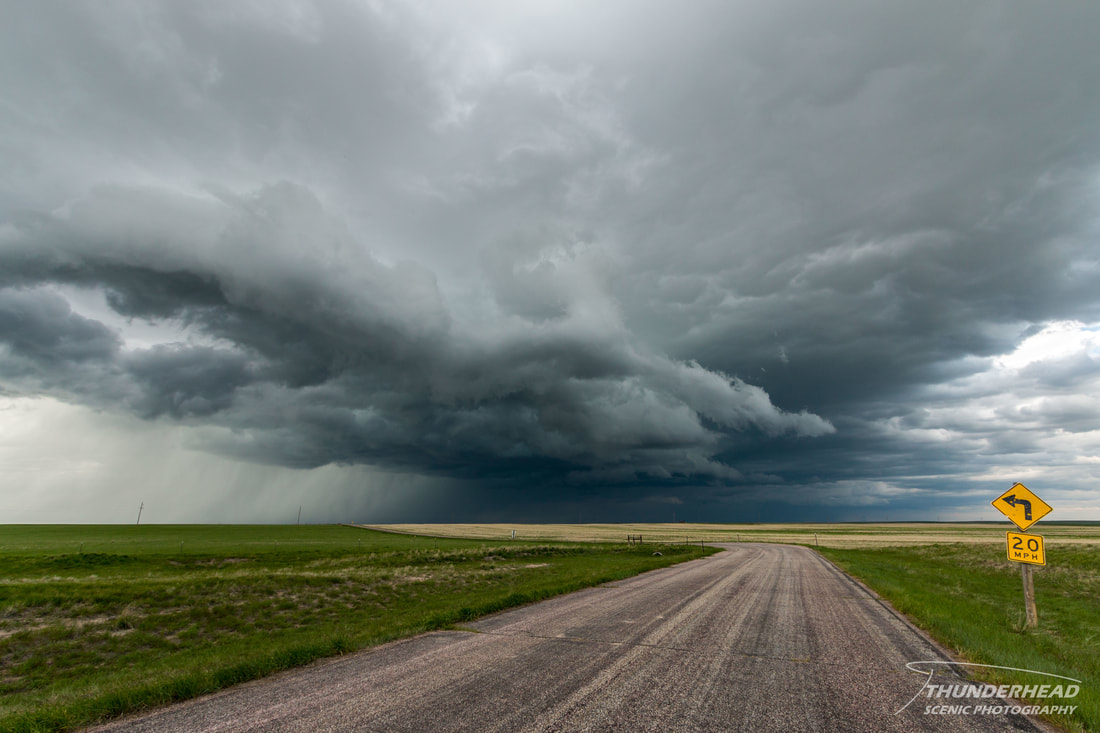 After watching this storm gust out for a bit, we decided to head south to Denver where a nasty supercell was ongoing. We felt this was the best play, given it seemed as if there wasn’t much of a chance of seeing anything else happening at our current location. Heading back down I-25 into Colorado, the back side of the Denver storm came into view, and it looked very healthy as it pushed eastward. As we got north of the Denver area, the western storm of the two that we just left to the north went tornado-warned, as Michelle had bet me it would. It produced an EF0 tornado near Scottsbluff, NE, but I never saw any footage of it. We ended up staying in a hotel in the Denver suburbs for the night, which put us in good position for the next day.