This day’s forecast was tricky: further to the north in the Dakotas, the upper levels were more supportive of severe weather, but the lower levels were lacking, and near us in western Nebraska and northeastern Colorado, the lower levels were better, but the upper levels were not as good. While the better chance of storms was to the north, it looked like northeastern Colorado held the best tornado potential later in the day near sunset, so that’s where we targeted. In the afternoon, we went west from Sidney about an hour to get in better position. A storm had gone up just to the west of Cheyenne, WY, but it struggled to maintain itself and eventually died: 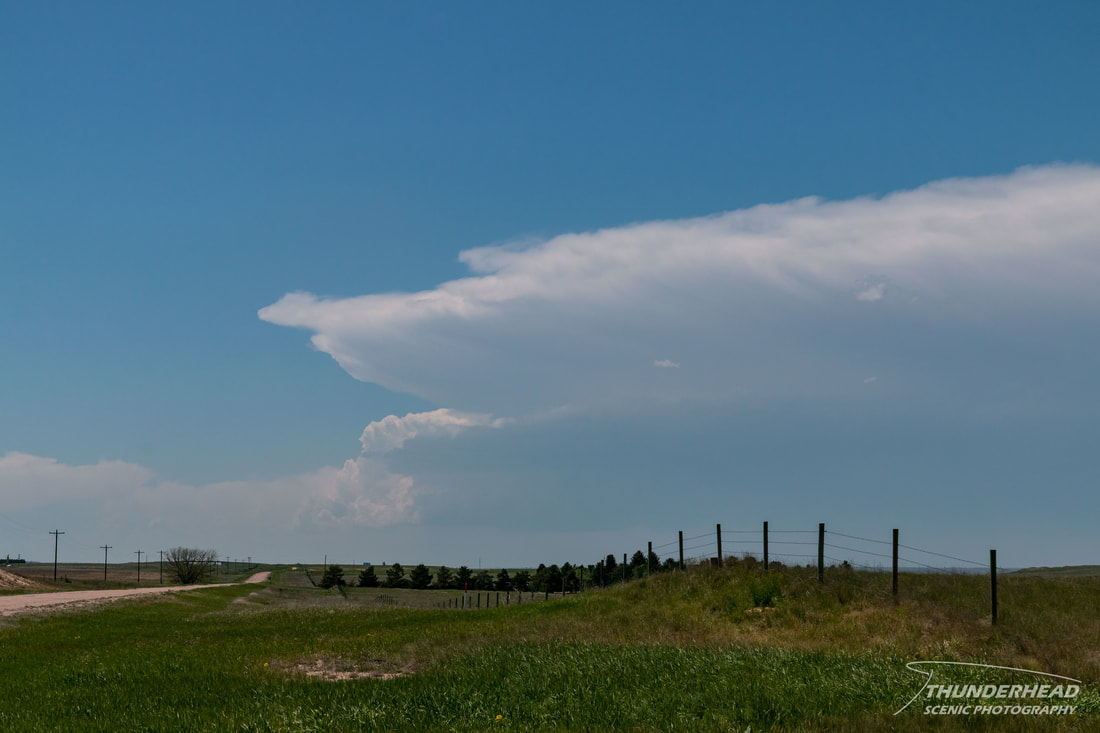 Sometime later, storms began to fire in northeastern Colorado. We moved south to position ahead of them as they congealed into a messy line. As we drove immediately in front of this line, we could see there were no features whatsoever in this mess. To make matters worse, more discrete storms had fired near where we had been sitting all afternoon. Weighing our options, we decided to move east and give the messy line some room and time to possibly figure out what it wanted to do. Upon reaching the town of Sterling, CO, we turned north and had a better view of the storm. We noticed what appeared to be an elongated updraft base forming on the front of the line, which was interesting enough for us to pull over and watch it for a while: 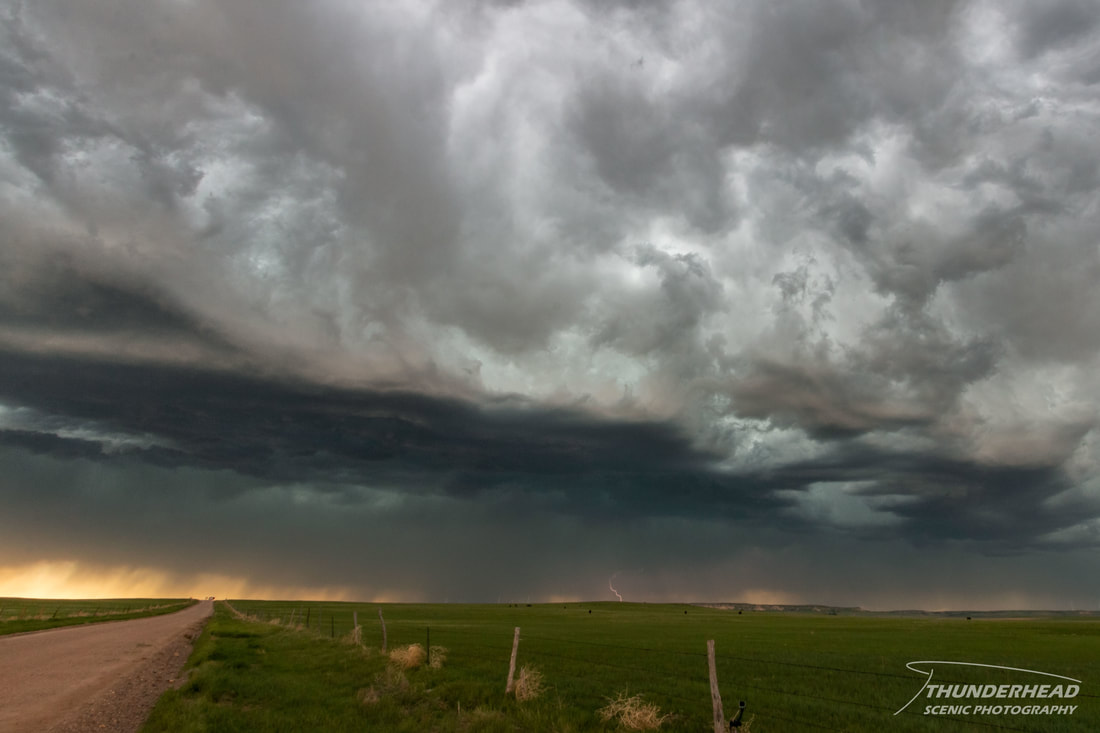 Seeing as it was the only play in the area and beginning to look better visually, we drove north toward I-80 to stay ahead of it; stopping periodically to take pictures. It appeared pretty dramatic at times: 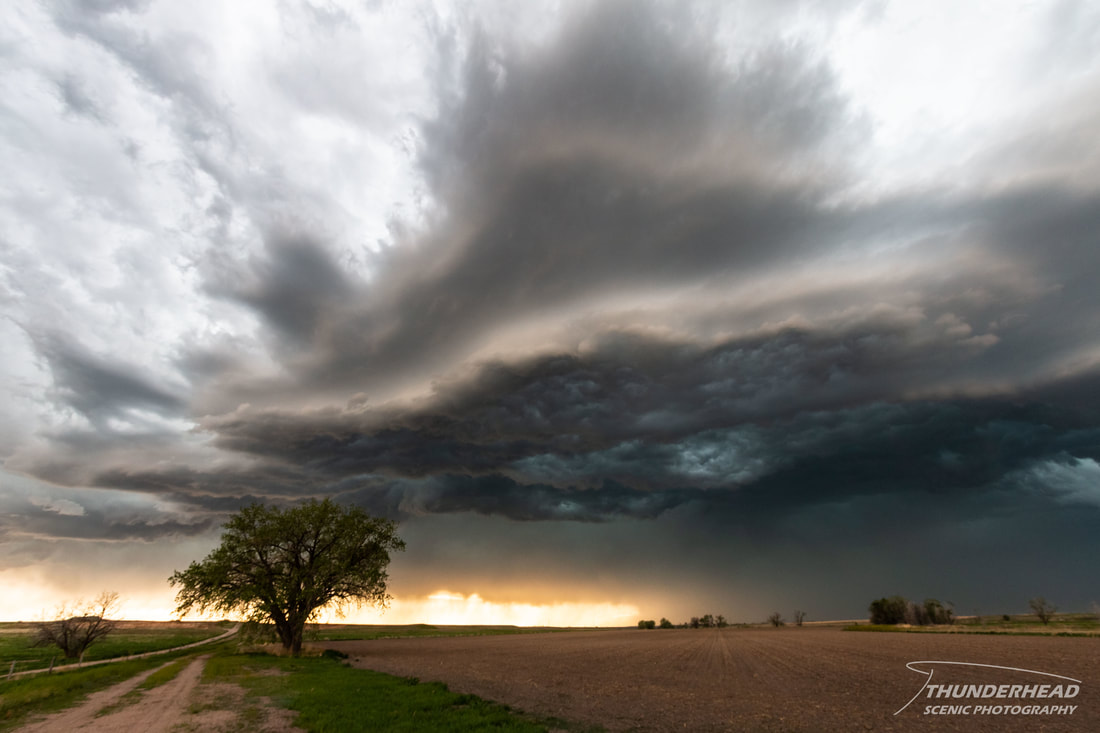 Upon reaching the interstate, we found a large open parking lot next to a field in Big Springs, NE where we watched the storm approach us. It was nearing sunset, and rays of light began poking through the underside of the storm. Some of my favorite storm scenes, as with many chasers, are of the sunset and storms “interacting” to produce some absolutely breathtaking scenes. Fortunately, the conditions were just right that we were able to see the sun set behind this storm, producing a very dynamic view: 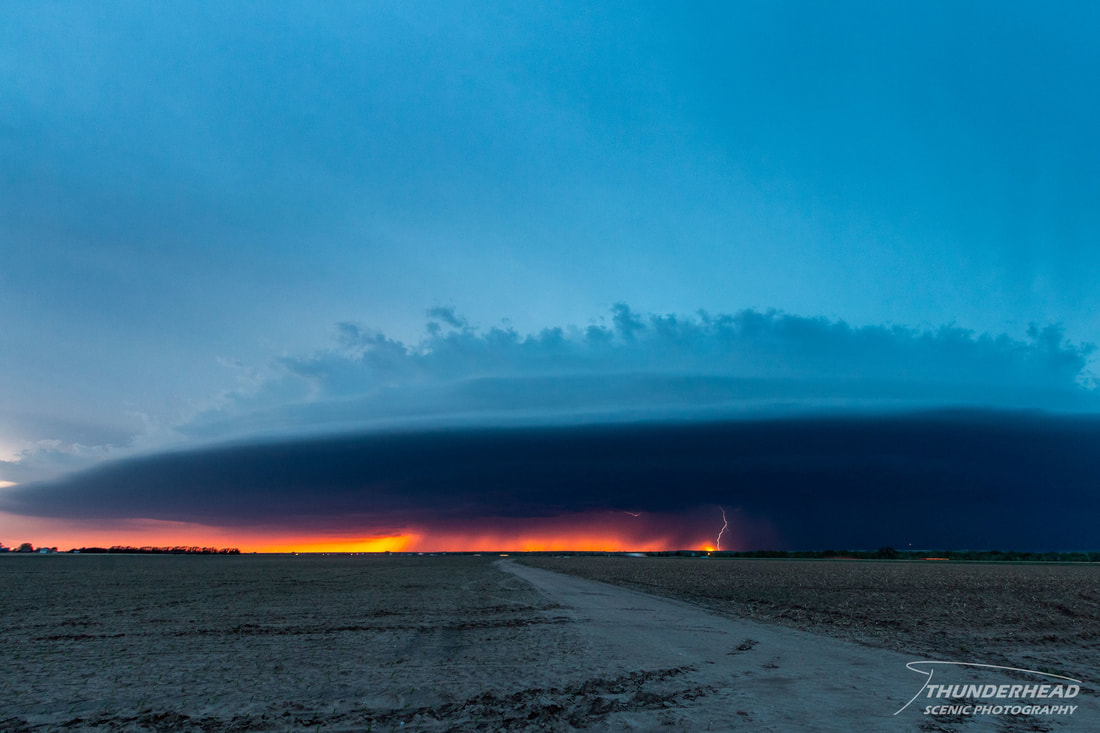 We were closest to the southern edge of the storm, which had begun to weaken. However, a portion of it kept going strong just to our north, and this provided a great view of some very active lightning:
​Below is a time lapse of this storm at different points in its life:
Eventually, most of the cloud-to-ground bolts died off or occurred within the rain, blocking them from view. We decided to call it a day and head back to the hotel. However, the atmosphere had other ideas. As the low-level jet kicked in, it butted up against the outflow boundary of the previous storm; causing additional storms to fire near Sidney. As we reached the town, a strong storm was just to the northwest and slowly moving away. I was able to sit on top of a small hill near the hotel that overlooked the town and captured some spectacular lightning strikes for about an hour. Some of the better ones are below: 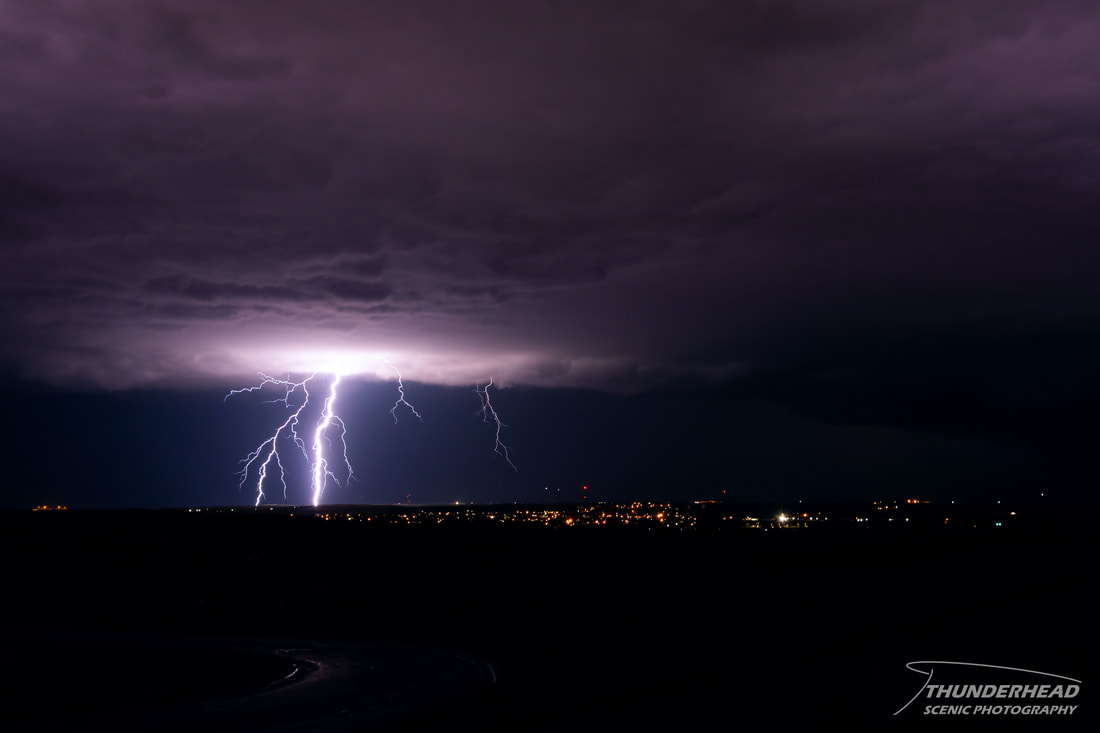 ​Below is an 11-image composition of the storm: 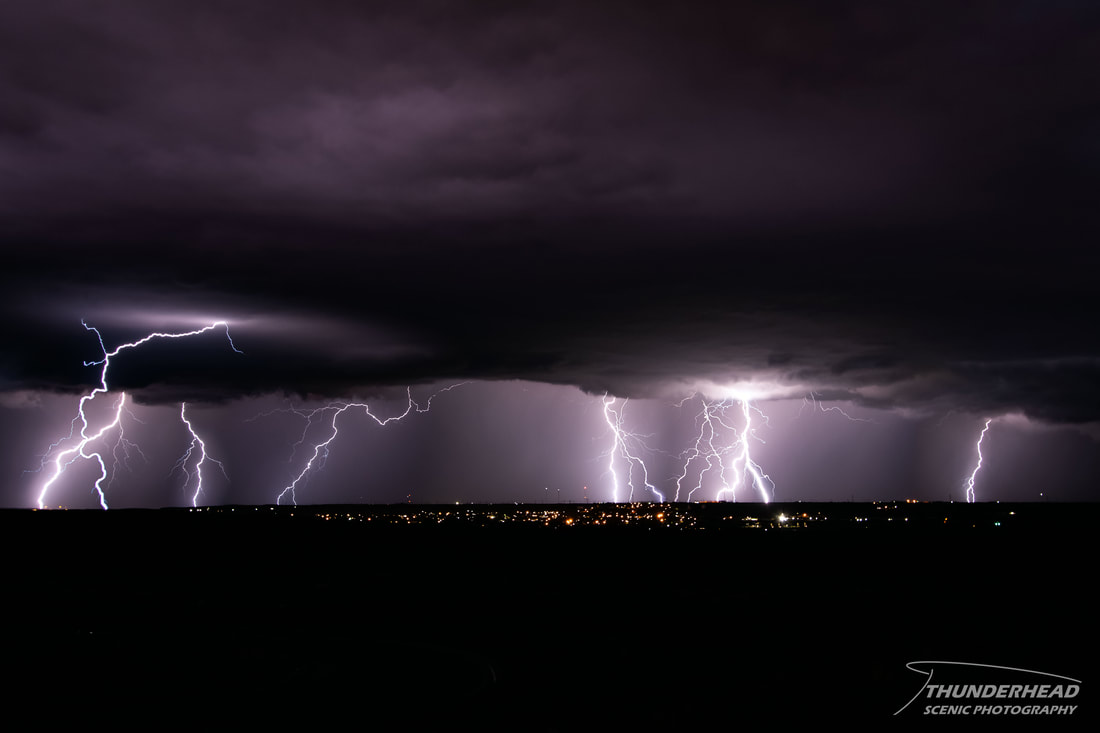