​Shelf cloud in Northwest Missouri and bust in Nebraska

A potent trough was set to dig through the western 2/3rds of the U.S. at the end of the week of May 10-16, bringing a chance of severe weather with it the 14th-16th. However, this was the weekend my brother graduated high school, so I needed to be home for that. That left Friday the 15th as the only day available for Michelle and I to chase out of the 3-day event. The triple point was going to be in the Nebraska Panhandle with the dry line forecasted to be the focus for storm development near this triple point. Storms were also forecast to form along the arching warm front through very eastern Colorado and Wyoming and into the Nebraska Panhandle and central Nebraska. Now, given that I needed to be back home by 2pm Saturday, we had to watch how far west we went. Parameters were good in central Nebraska around 2100-0000 UTC ahead of the dry line and south of the warm front. I felt that if a storm could fire there, it would be in a good environment and would be playable for us, given that the panhandle was just out of reach because of our time restrictions. Both the RAP and HRRR models had convection firing in this area at this time in multiple runs, so I felt pretty confident that we would get something. Michelle and I left Thursday night to stay in Kansas City at one of the worst hotels I’ve ever been in. Our reservation was messed up (some weird technology glitch), the shower wouldn’t drain, the A/C fan wasn’t working right, there was a questionable white powder on the floor, and too much more to list. We left at about 8am to reach our target of North Platte, NE by around 3pm. Convection along the warm front was moving northeast toward us in very northwestern Missouri and provided us a cool shelf around Watson, MO. We stopped a couple of times to take pictures: 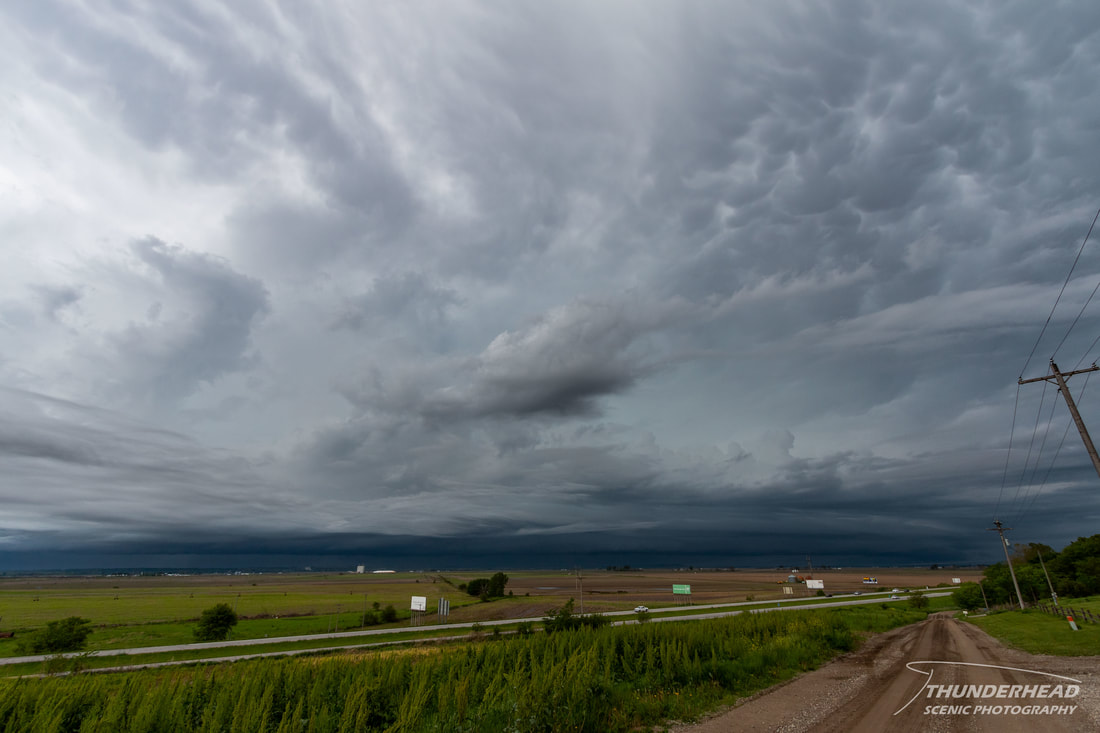 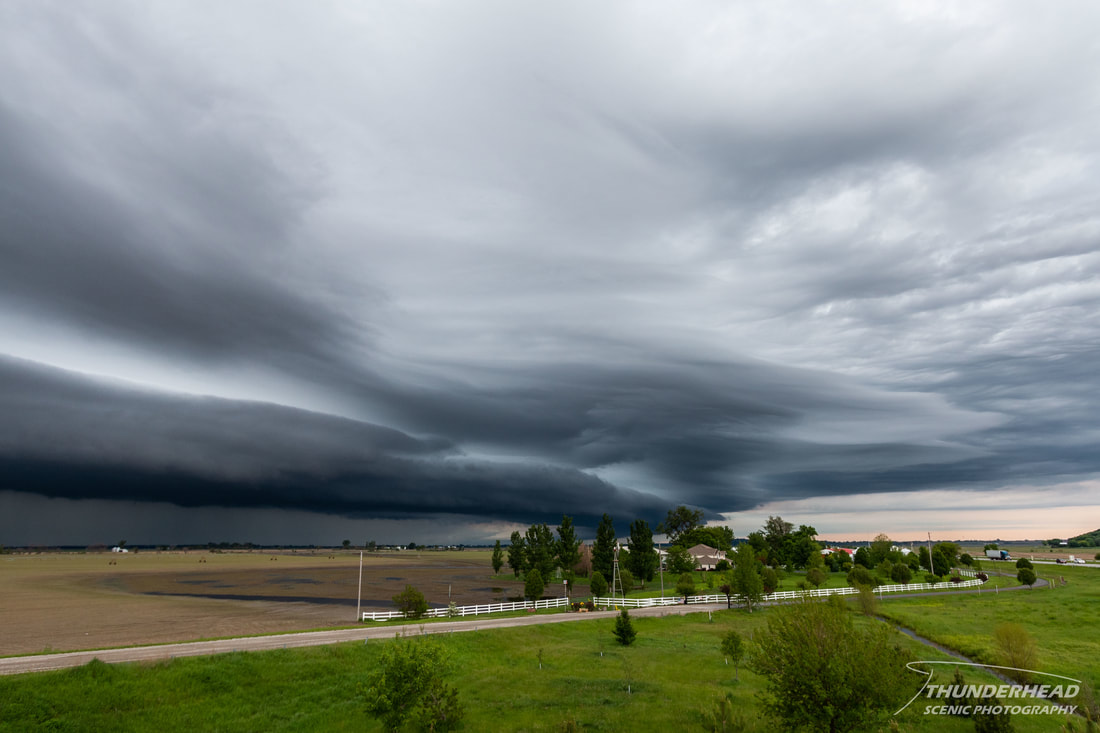 ​As we continued westward, we encountered additional convection that provided a dramatic sky: 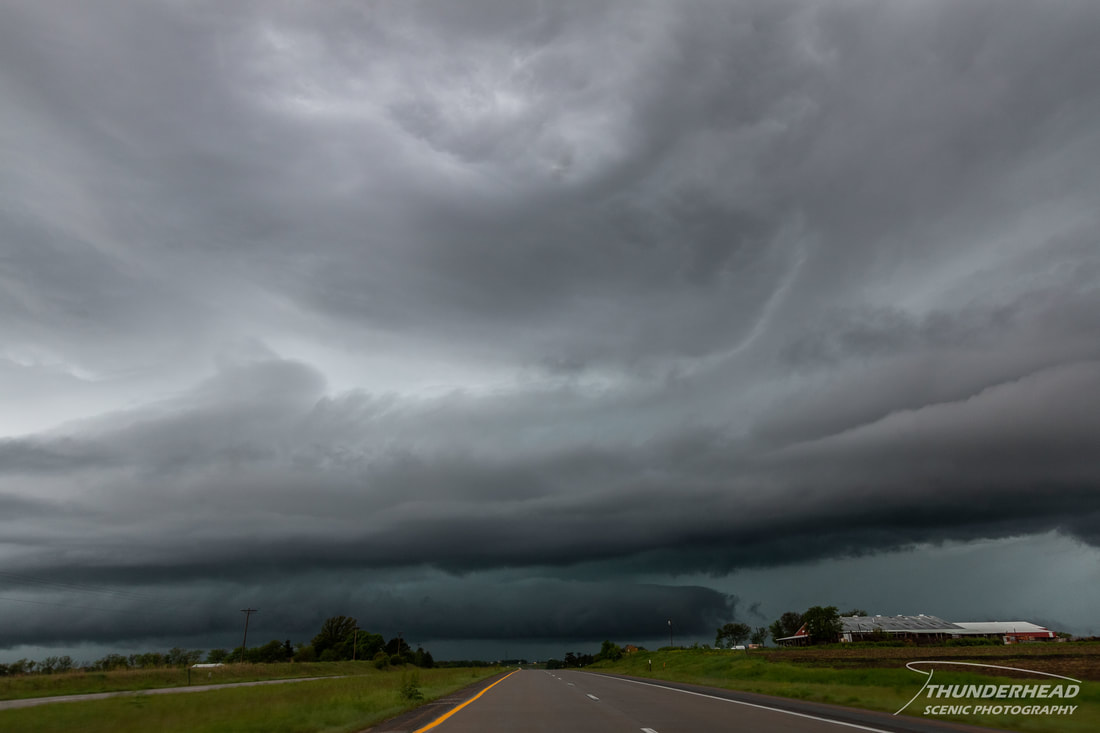 We made it to our target by 3:30pm as convection was forming and tracking northward out in western Colorado and Wyoming and the Nebraska panhandle. We waited for convection to fire more to the east where we were, which was still being consistently forecasted by the HRRR, but it never happened. It was hard to stand by and watch the area north of Sidney, NE get slammed by storms on radar, but we held our ground. We called the chase at about 6pm and made our way back the way we came. I’m not 100% sure what happened with our convection. I feel it may have been the high clouds over this area that hampered chances of convection, and/or there just may not have been enough lift and convergence that far away from the triple point. We mostly busted, but at least we got a shelf, so it was not a total loss.