I didn't really focus much on this event until the day of. My Master’s thesis had been taking up most my time, so the only reason I knew about the potential for severe weather ahead of time was the Storm Prediction Center. In the words of one of my professors, I was “too busy with meteorology to worry about the weather.” Morning convection had passed through northern Mississippi, leaving a boundary in its wake. A decent amount of clearing had occurred, which is good, except there wasn't any CIN. Too much CIN is obviously bad, but too little, and every little updraft that fires will become a storm, mucking up the environment. Another concern was various obligations with school for those of us chasing together, but fortunately the storms were to form later in the afternoon, allowing us to have some time to get in good position. We initially set out to where Highways 82 and 45 intersect, allowing for options north-south and east-west through one of Mississippi's few large, clear regions. A small, severe-warned supercell was coming up from the south, almost moving due north, and was going to pass just west of Starkville, MS. As the storm got closer, it became sub-severe. We headed back west to just north of Starkville to watch as it crossed Highway 82 and became severe-warned again. It pulsed and changed appearance on radar more than any supercell I’ve ever seen. It began heading toward Highway 45, and so did we. As we did, a storm just south of Columbus, MS began looking healthy and showing a hook and good rotation on radar. We decided to keep east on Highway 82 and stay with the Columbus storm. The updraft looked very crisp on the backside: 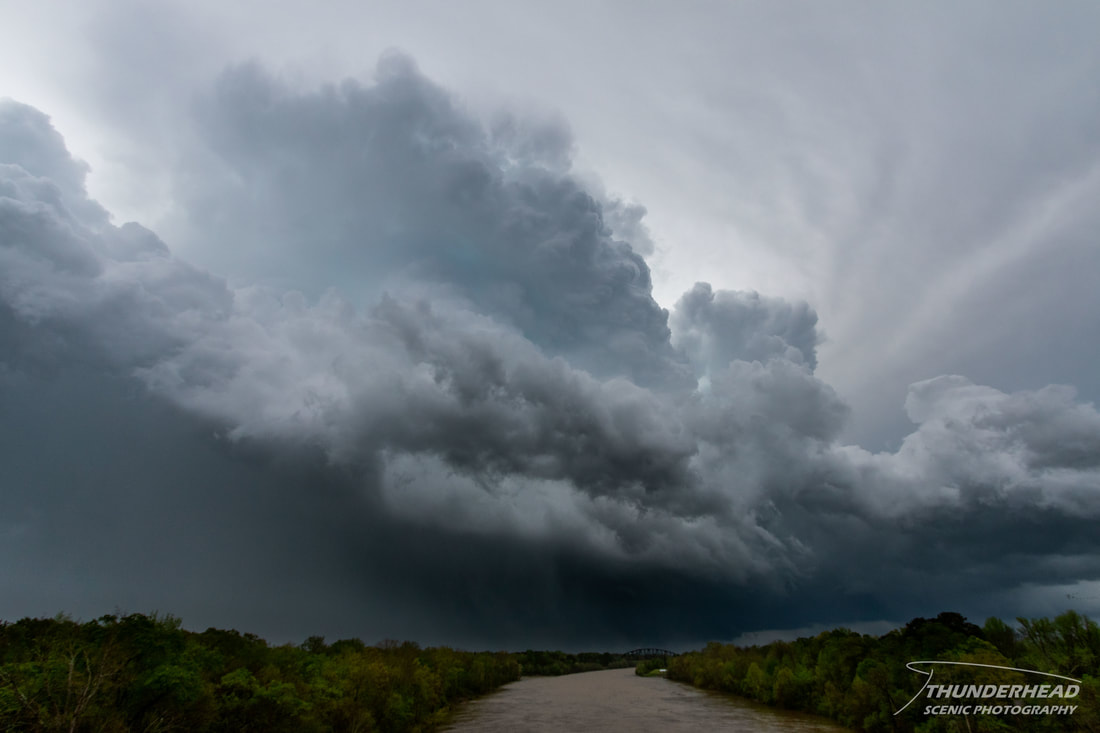 It was severe-warned as we got to Columbus, and we decided to dive south to come up behind it. As we did this, it went tornado-warned just south of Columbus near the community of New Hope, MS. We were the first vehicle at a stop light in downtown Columbus on a 4-lane road when the sirens went off. While I am an advocate of taking proper action when you're about to be hit by a storm or tornado, there's a right and wrong way of taking that action. The guy in the car next to us lost his mind and had a look of sheer, bloody panic on his face as he peeled-out and took off through the red light. Shortly thereafter, the light turned green and we eventually caught up to him and watched as he pulled into a gas station, where I hope he got some comfort in whatever he was hoping to achieve. One could assume he was seeking shelter, but he had passed numerous other businesses prior to the gas station, so who knows. Anyway, we continued through the blinding rear flank downdraft as the storm pulled away to the east. At this time, unbeknownst to us, an EF1 tornado had just touched down in New Hope, less than approximately 5 miles away from us. In the Plains or even the Midwest, you'd have had a good chance of seeing it from that distance—not in the South. We started going east and then north to keep up with the storm, but we weren’t making any gains on it. We couldn’t see anything either because, well, it’s the South: 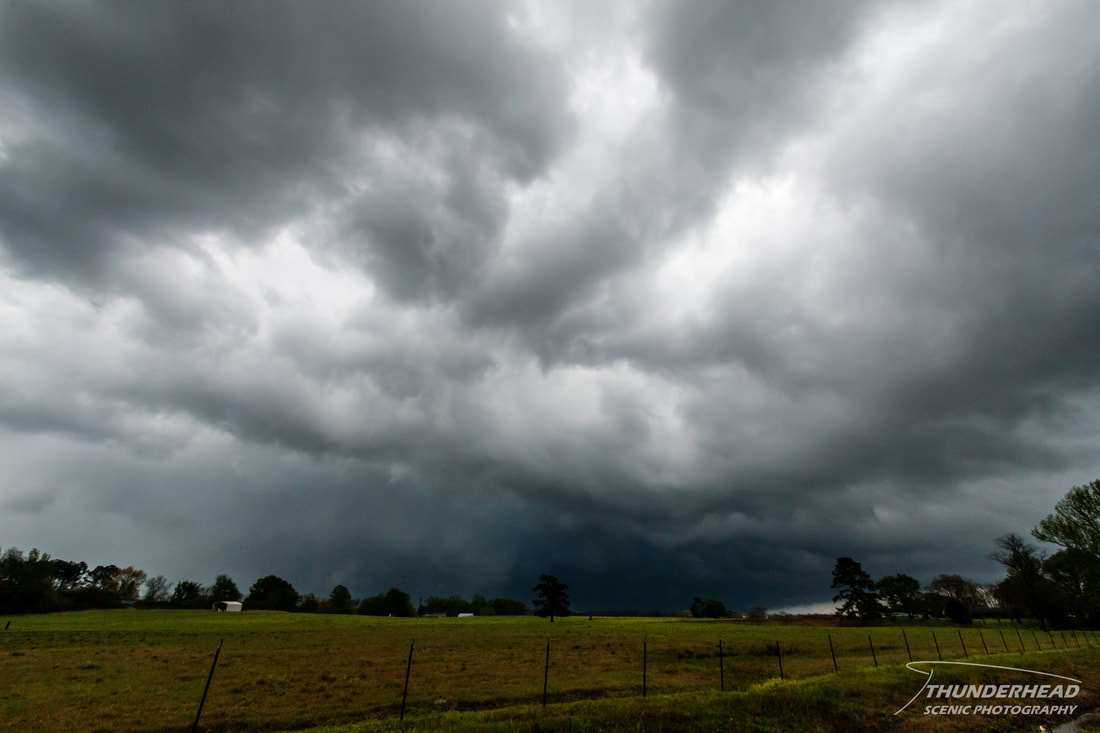 We decided to call the chase due to the poor road network and a cluster of storms gaining on our storm from the southwest. Remember me mentioning the low CIN? Well, that resulted in a complex of convection that formed down near Jackson, MS and tracked to the northeast, pretty much killing any chance of strong, organized storms due to too many updrafts and downdrafts being too close to each other.
​
Make sure to check out the timelapse from this day's chase below!  It's not the most exciting timelapse you'll see, but it shows how frustrating it can be driving in the South with all the trees and hills.
​
The Storm Prediction Center's summary for this event can be found HERE.