A cold front was forecast to move through Missouri and Illinois during the afternoon, with dew points in the low 50s being advected into the St. Louis region just ahead of the front. Winds were weak in the low levels but stronger in the upper levels, with mostly straight hodographs. This would lead to initial storm development along the front being discreet, with splitting cells possible and hail and winds as the initial threat. If storms could develop a strong enough cold pool and grow upscale into a QLCS, a low-end tornado threat would be possible as well.

Michelle and I weren’t really planning on chasing this day. Sure, there was the chance of storms, but the setup wasn’t particularly attractive, and I was hoping moreso for some lightning chances closer to home later in the evening.

As the cold front pushed into central Missouri mid-afternoon, a couple of cells developed in central Missouri and moved northeastward through and north of the St. Louis metro area. These storms posed mostly a hail threat, and photos of lackluster storm structure of the closest storm prompted us to stay home. Shortly thereafter, a broken band of convection developed along the I-44 corridor in south-central Missouri and moved east/northeastward. This convection remained lackluster and was just behind the surface front. However, as one of the storms drew closer to the St. Louis metro area, it strengthened and seemed to want to latch on to the cold front and become surface-based and supercellular:
​It could have been that we hadn’t really seen much in the way of storms for over a year, or it could have been boredom, but we decided to head eastward and give it some room to see what it would do. This proved to be a fruitful decision, as a slight dry line resided just across the Mississippi River with dew points about 5 degrees higher in Illinois than in Missouri and surface winds more southerly/backed. The cold front and storm collided with this richer moisture, and the storm was now able to fully root itself into the cold front and become surface based. As we passed just north of Smithton, IL, we paused briefly to watch the storm: 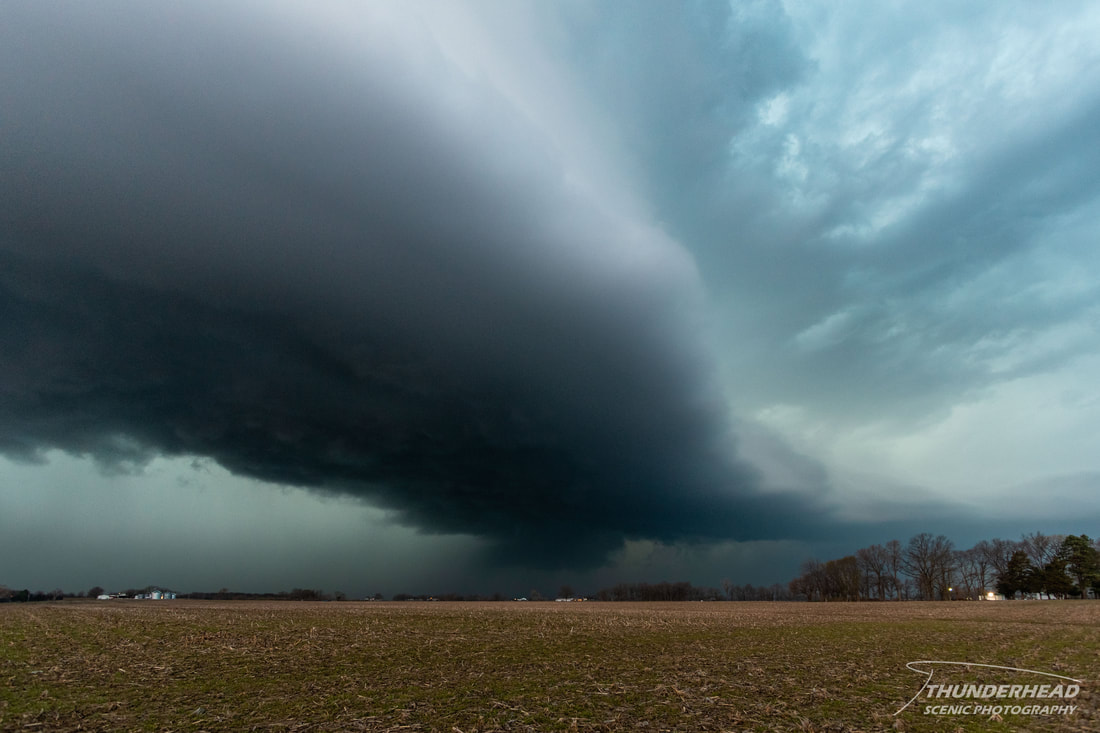 Despite the deep mesocyclone present with this storm, I’m hesitant to call it a full-blown supercell, because shortly after it took on the above appearance, a rear inflow jet signature began to develop on the backside of the storm, which is more indicative of a line segment but is also common in HP supercells. Regardless of what you want to call it, its low-level rotation began to strengthen, prompting a severe thunderstorm warning and then a tornado warning shortly thereafter from the National Weather Service in St. Louis. While I'm a fan of chasing in Illinois due to its relatively flat and open landscape compared to Missouri, this particular area had a very poor road network to maneuver safely in front of the storm. We attempted to cut north and ahead of the storm on Route 4 south of Mascoutah but failed to make it to an easterly route before the storm’s surging rear flank downdraft began to overtake us. This caused us to lose visual on the inflow notch and lowering that we had been tracking, prompting us to return to the south of the storm and track eastward along Route 15. Below is the radar scan showing the approximate time that we decided to turn around and dash cam footage leading up to being overrun by the storm:
Unfortunately, the storm was drifting to the northeast, putting it increasingly out of play for us. The final blow was numerous developing storms along the cold front congealing and growing upscale with our storm into a line. We paused briefly south of Addieville to watch the leading edge of the line before calling it a night and heading home. 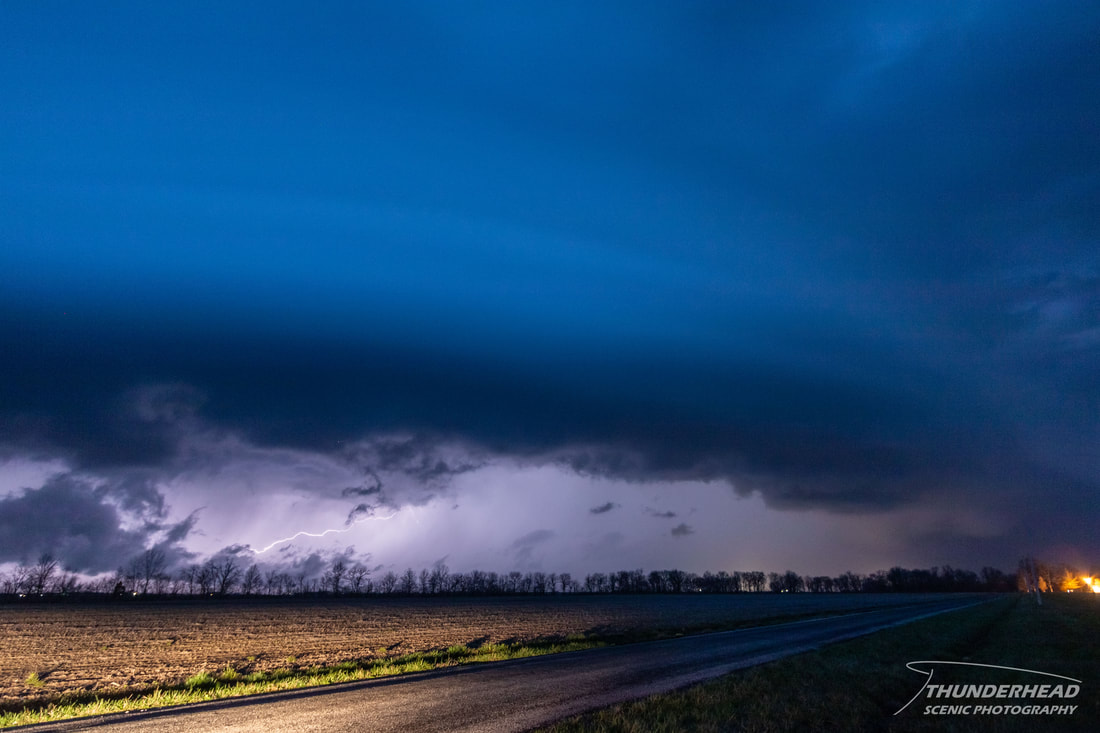