Michelle, myself, and a couple of our fellow meteorology classmates decided that, given the high probability of severe weather in the Ohio River Valley, we would chase in southern Indiana. A low-pressure system was set to move north of the St. Louis, MO area in the morning, ushering a moist warm sector across the Ohio River Valley. This warm sector had all the right ingredients for a severe weather outbreak, prompting SPC to issue a rare High Risk in that area. We headed east on I-64 to our target of Evansville, IN as some supercells along the warm front went tornado-warned in central and eastern Indiana. As we passed Mt. Vernon, IL around noon, a line of convection associated with the cold front began to form over southern Illinois. Over the next several hours, supercells began to develop ahead of this line and move east-northeast. Reaching southwestern Indiana, we decided to cut through a small town to get in better positioning for a supercell, which turned out to be a bad idea. I swear there weren't any straight roads in this town, likening it to a trap to try to escape from. Once we finally got out of the town, we caught up with this tornado-warned supercell, which was a nasty, HP beast: 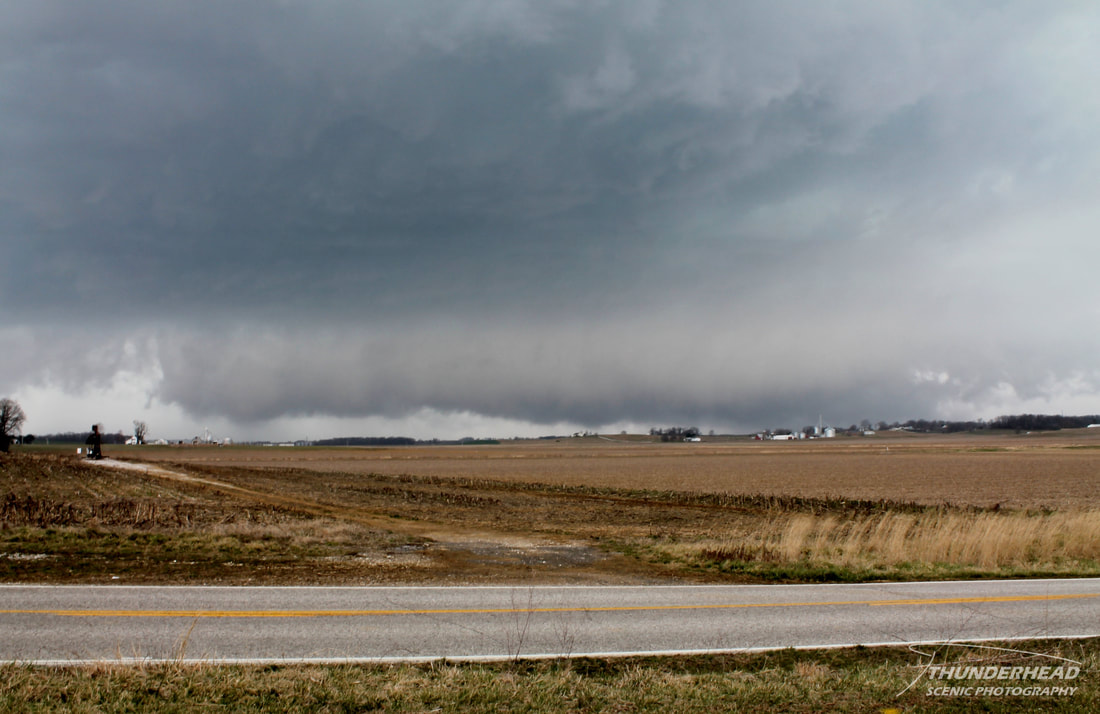 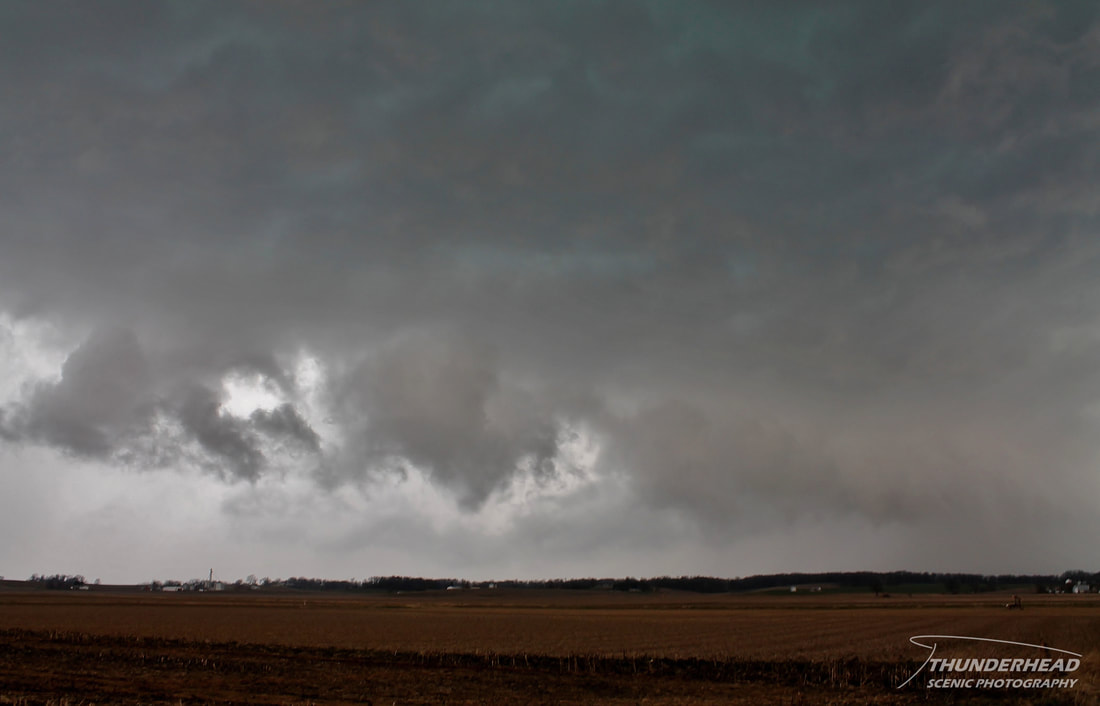 Given its speed and the less-than-ideal road network, we decided to let it pass by and wait for another cell coming from the west. We still got hit by the first storm’s rear flank downdraft, which was very intense, as it threw small debris and gravel across the road. The next cell was not as strong, but did display a lowering as it passed by: 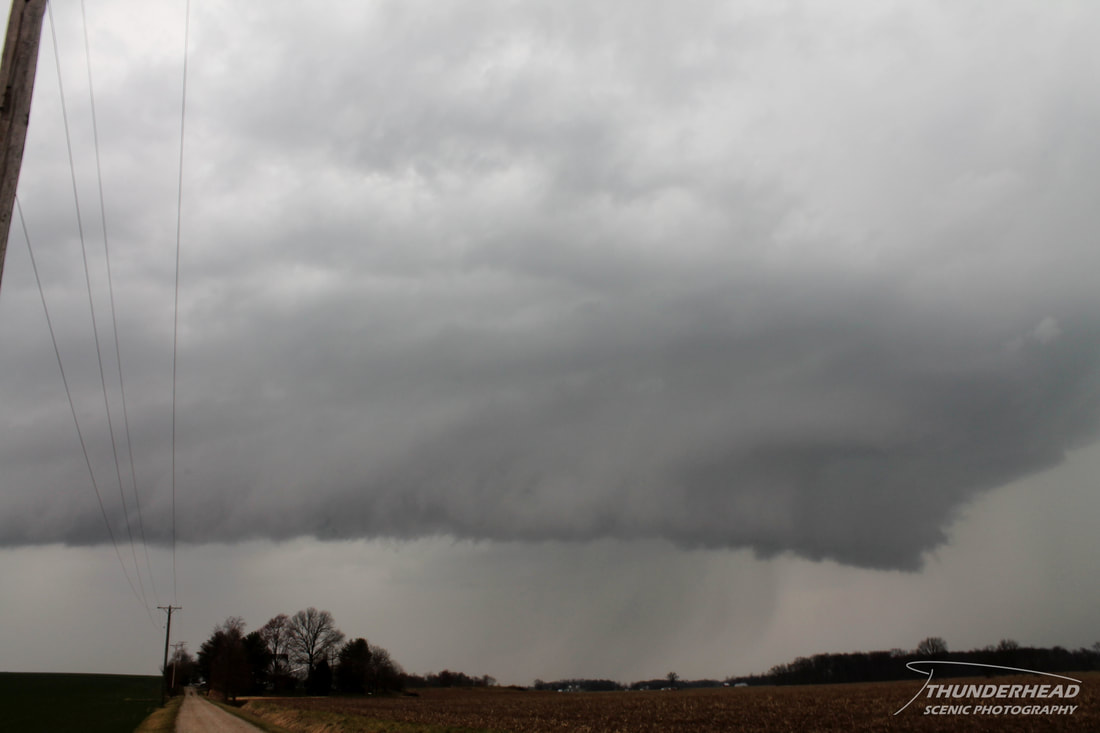 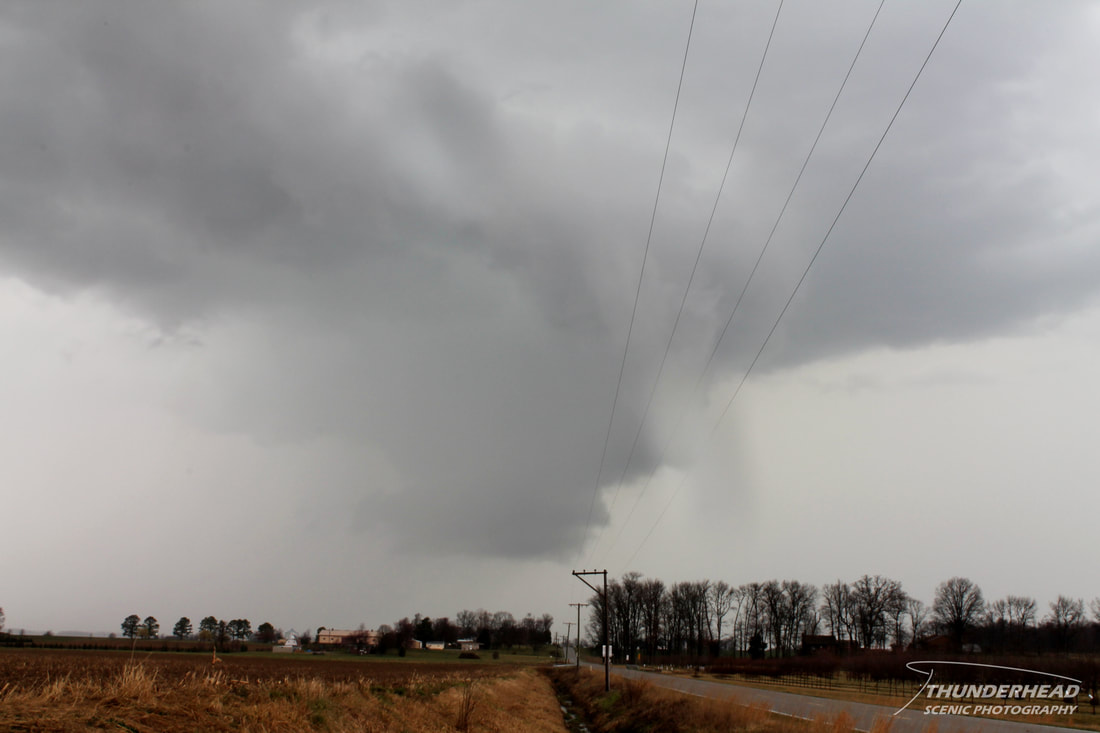 For some reason, I obviously wasn't concerned with standing in better position so that power lines weren't running right through my shot. Anyway, we too let this storm pass on by and then called the chase. The terrain and road network were just not favorable for keeping up with any of these storms given their relatively high speeds. We sat and watched for a while as the storms moved away: 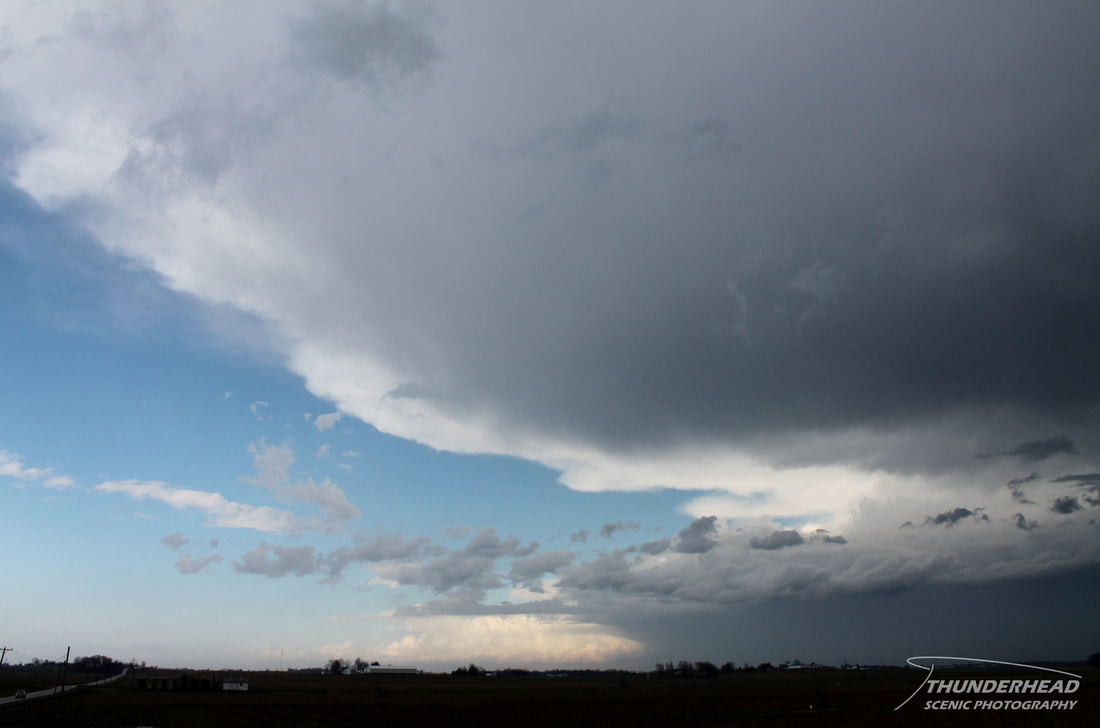