I wouldn't consider this event a chase, as it was more luck and being in the right place at the right time. I was out in the Black Hills, SD area on this day, not to chase, but because I was currently on a road trip with my family. I was still keeping tabs on the weather and knew that there was a chance of severe weather in the area later in the day. A cold front was to aid in initiating storms in the northern High Plains, with the main risks being hail and wind, but a tornado couldn't be ruled out. We were at Mt. Rushmore through the morning and early afternoon as some showers and weak storms moved through just to the north. I attempted to get the convection and monument in the same shot: 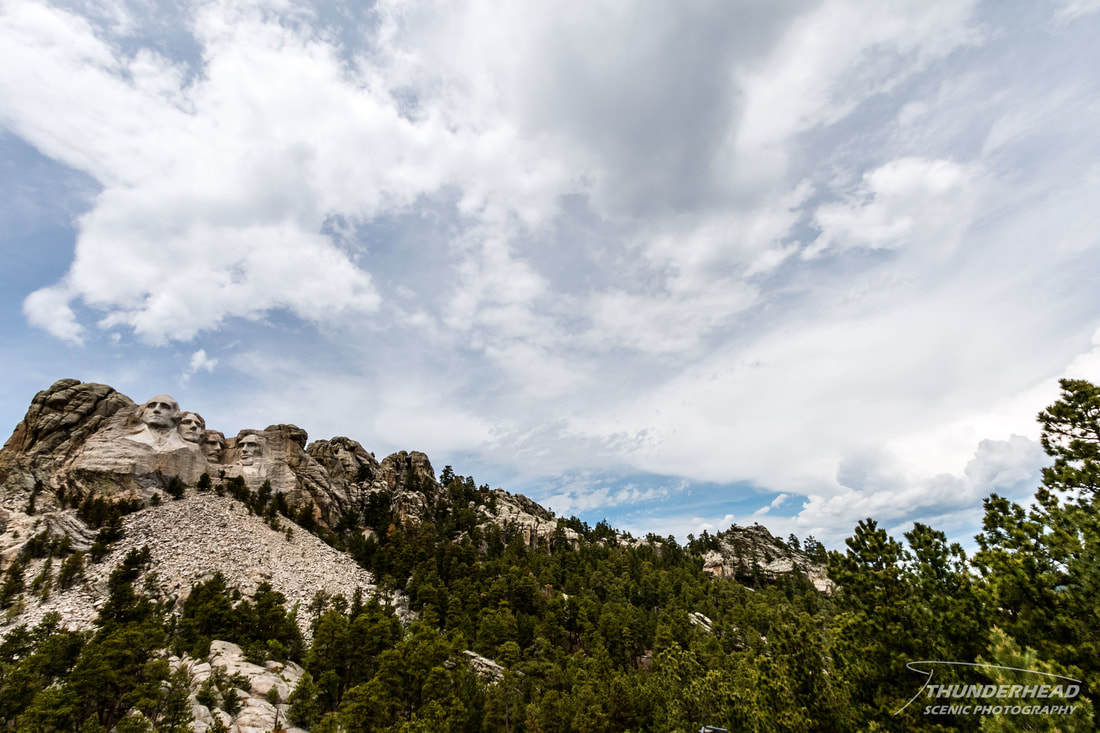 This particular storm was just north of Rapid City, SD when the above photo was taken. These weak storms disappeared and reappeared in the same location as the afternoon went on, indicating the atmosphere really wanted to do something right there. We had since made our way down to Crazy Horse Memorial and watched as a vigorous updraft provided a scenic background to the memorial: 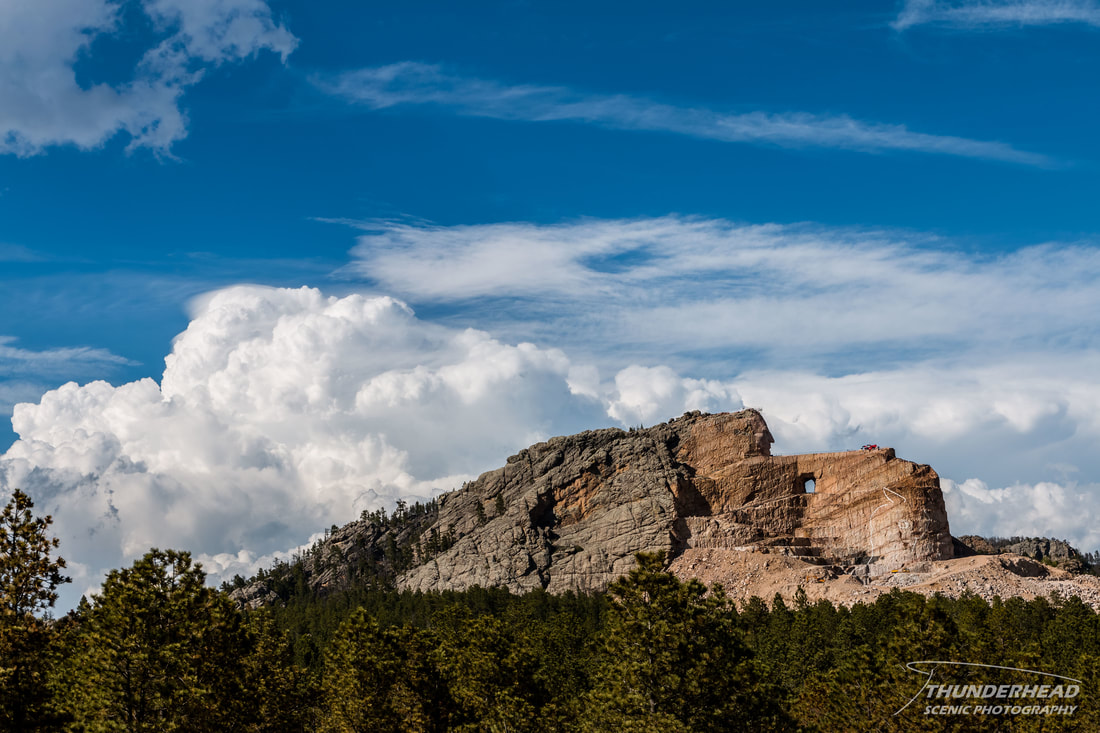 We took a tour of the grounds, which gets you pretty close to the memorial. Around this time (6:30-7pm), the cell in the above photo really took off and became supercellular, some 6 hours after convection first began in that area. It was producing a very crisp and beautiful anvil: 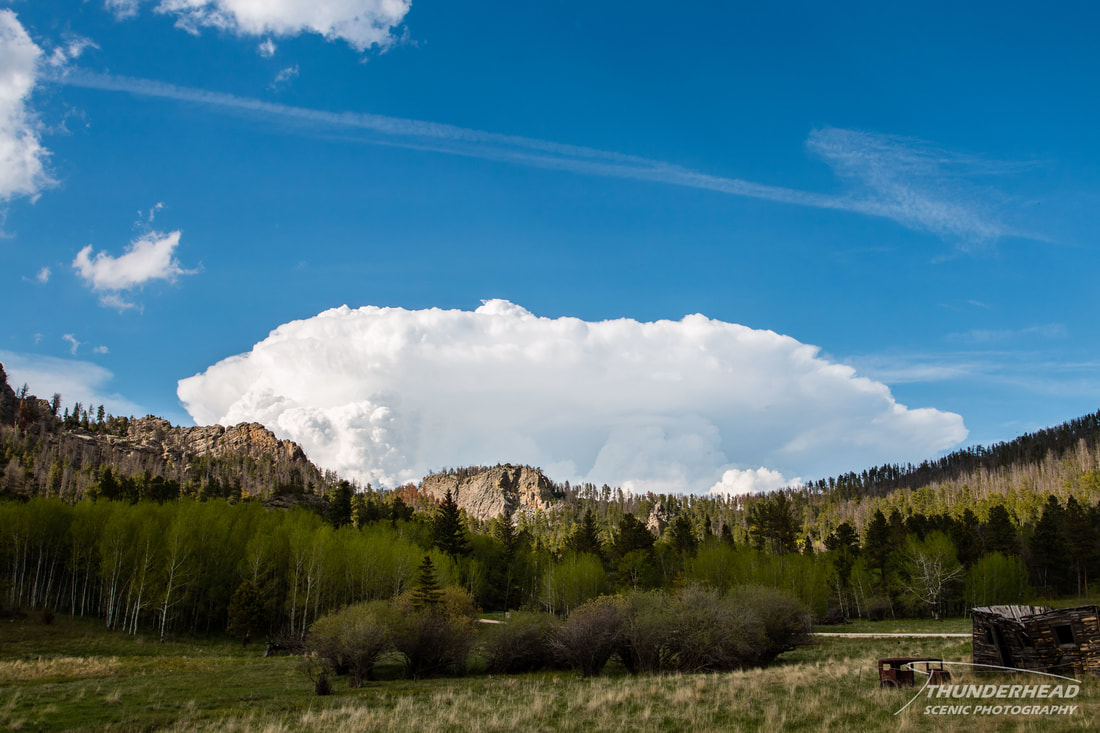 After the tour, I walked around the grounds watching this supercell as it churned over Rapid City and served as a dramatic backdrop to the memorial: 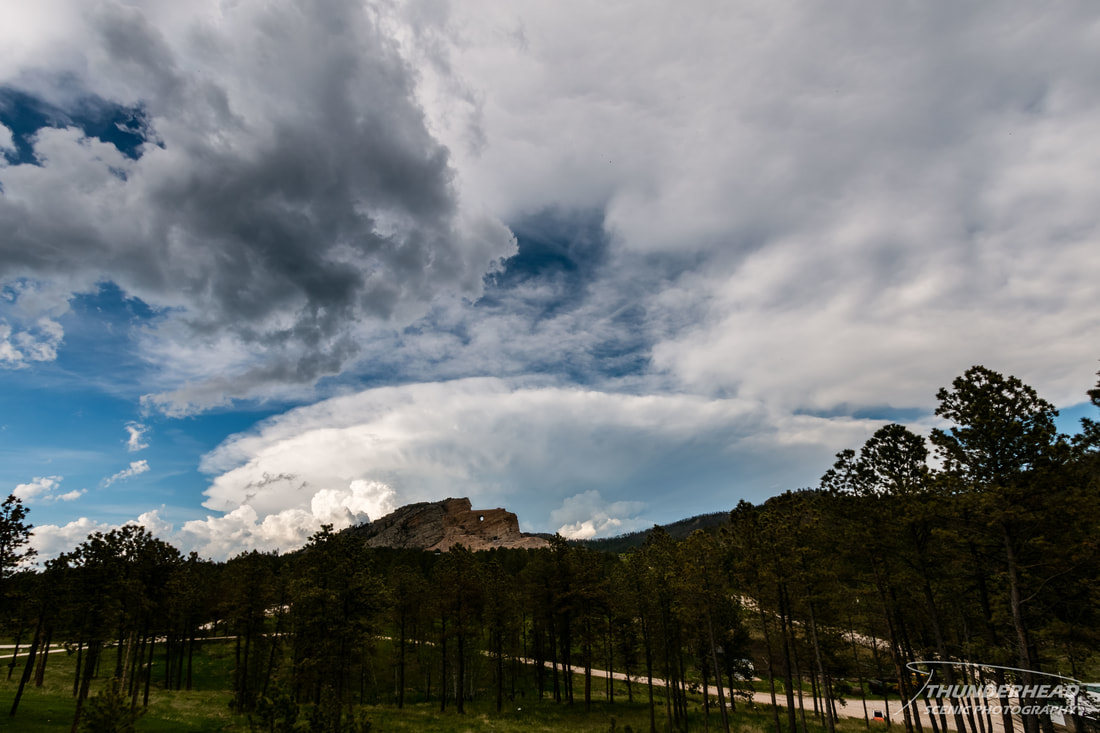 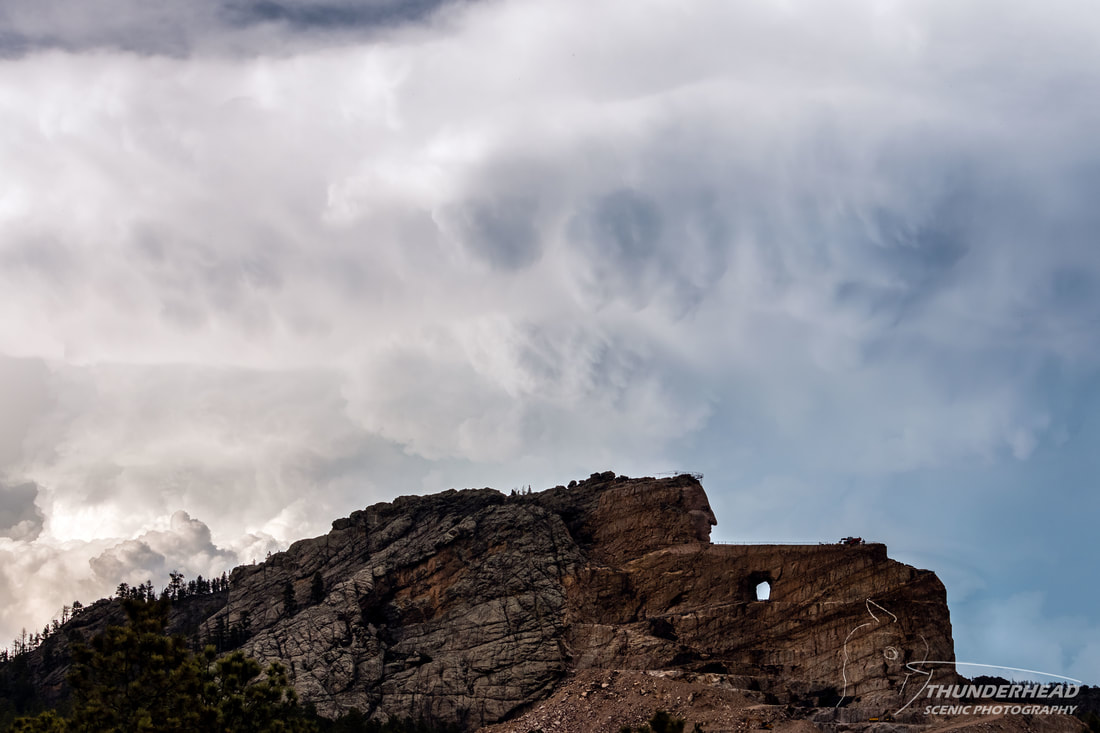 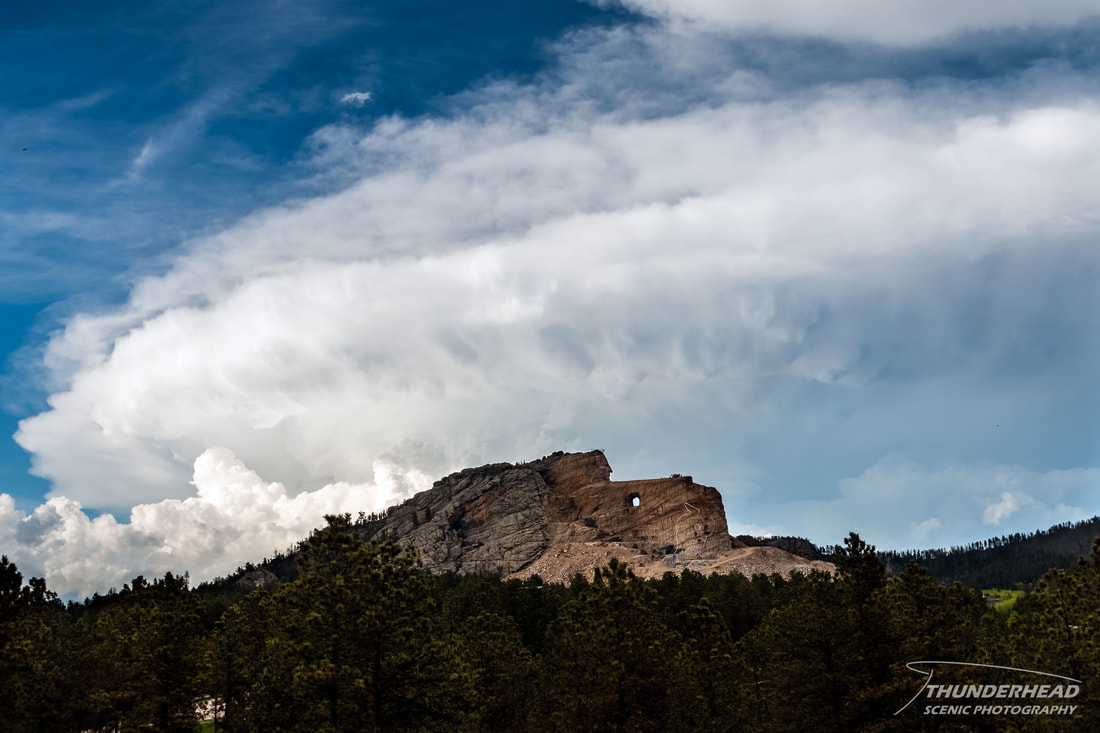 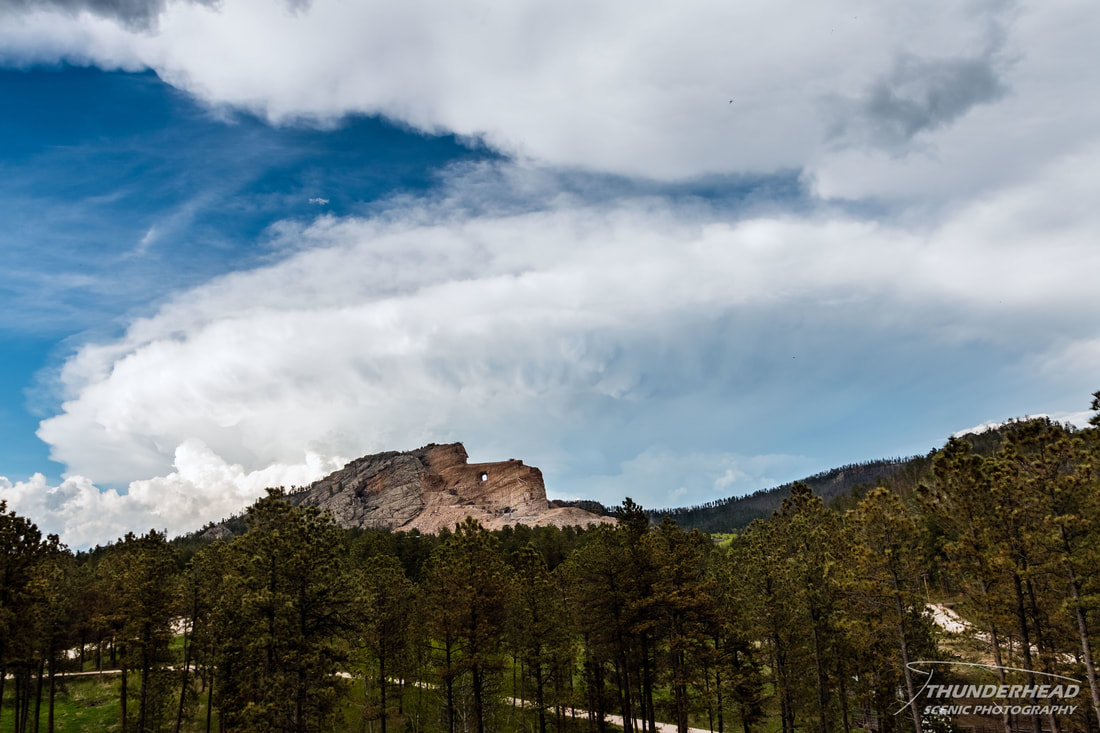 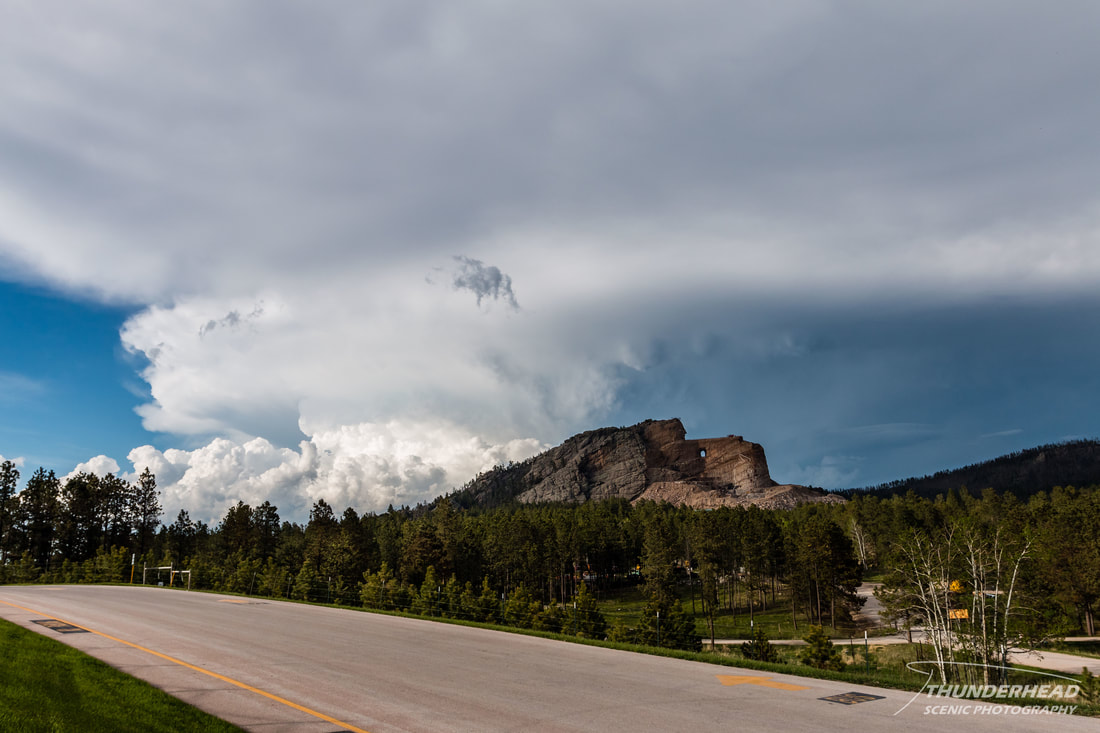 We were making our way toward Keystone, SD, and could occasionally catch glimpses of the base of the storm through the mountains and trees: 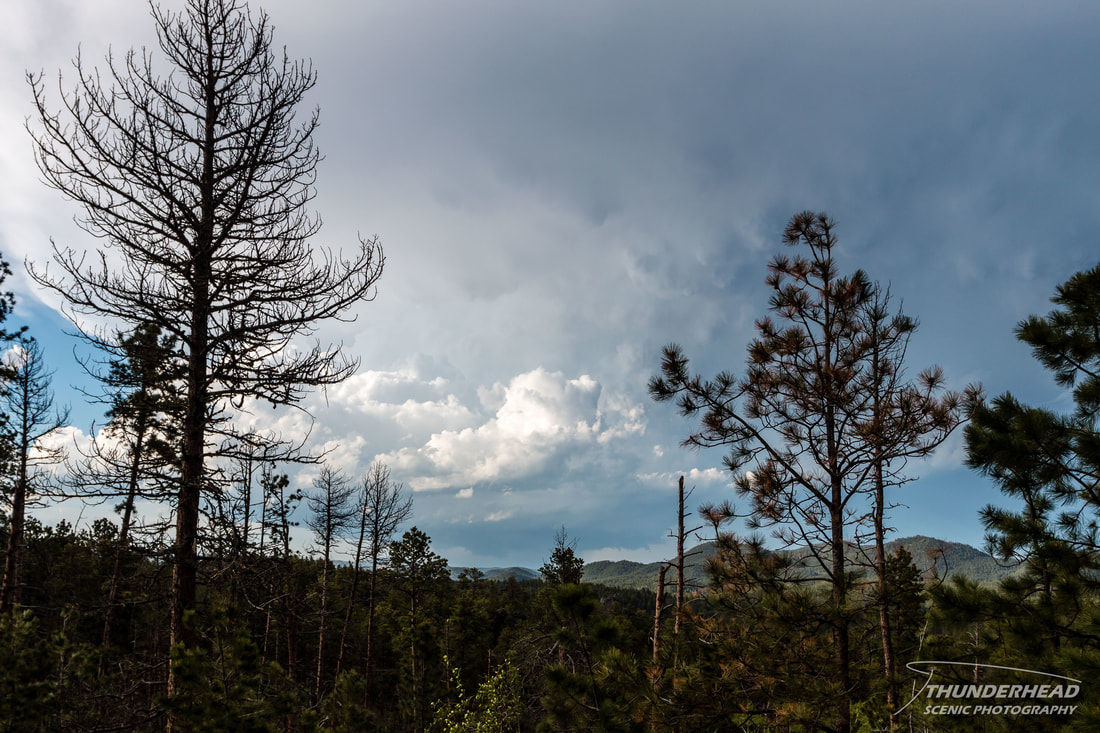 The two side-by-side photos above were taken around the time it had its mother-ship appearance, which was documented by several chasers if you're willing to search for it. Overall, I was pretty pleased with the perspective I had on this storm. I usually like to be only far enough away from a storm to see the low-level structure, but being this far away offered a great view of the entire storm.