We were in northwest flow aloft, with low-level winds forecasted to come from the south, ushering in moisture. There was a risk of supercells in the Texas and Oklahoma Panhandles, with the main threat being large hail and wind. We left Lubbock, TX and headed for Amarillo, TX, where we stopped for lunch and to plan our next move. There was already convection firing in southeastern Colorado, which, given the southeastward storm motion, was heading in our general direction. We decided to go into attack mode and head for it, only to get about an hour away and turn around to see storms initiating back over Amarillo. Since this new convection had better parameters to work with, we headed south the way we came to meet it. This convection had a hard time getting established as we drove through the beautiful Palo Duro Canyon to get in better position: 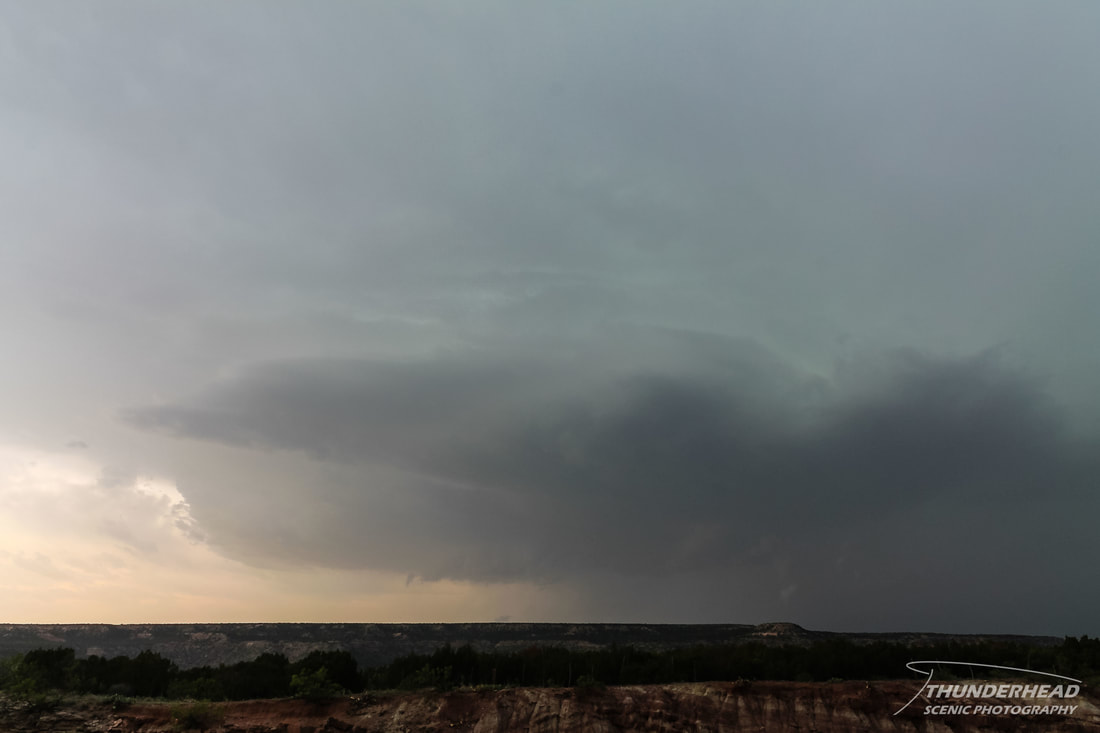 Once it did pull together, it was a decent looking supercell: 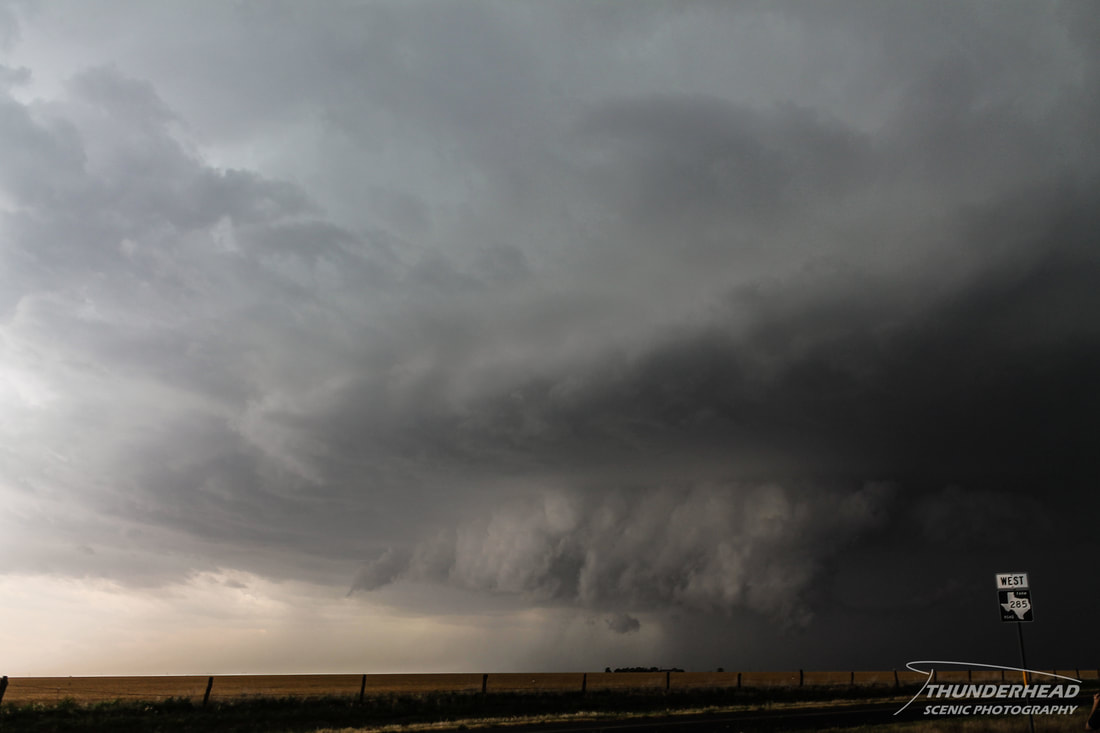 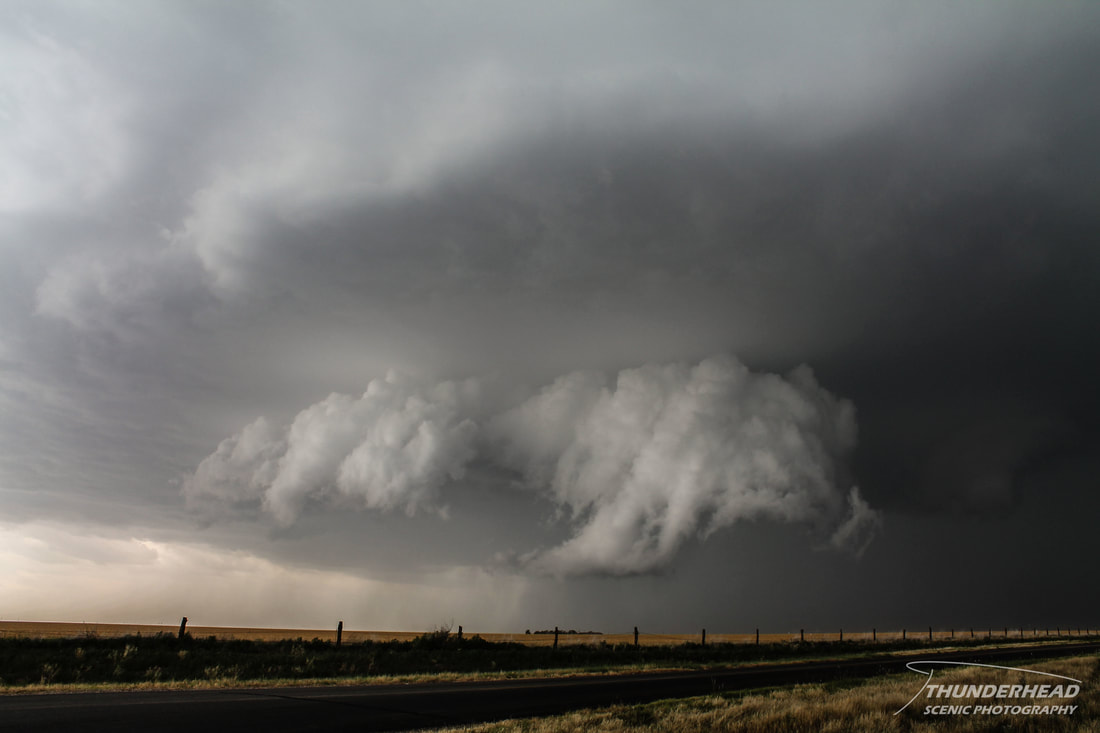 It maintained these dramatic lowerings and mid-level features for a while, but eventually became outflow-dominant: 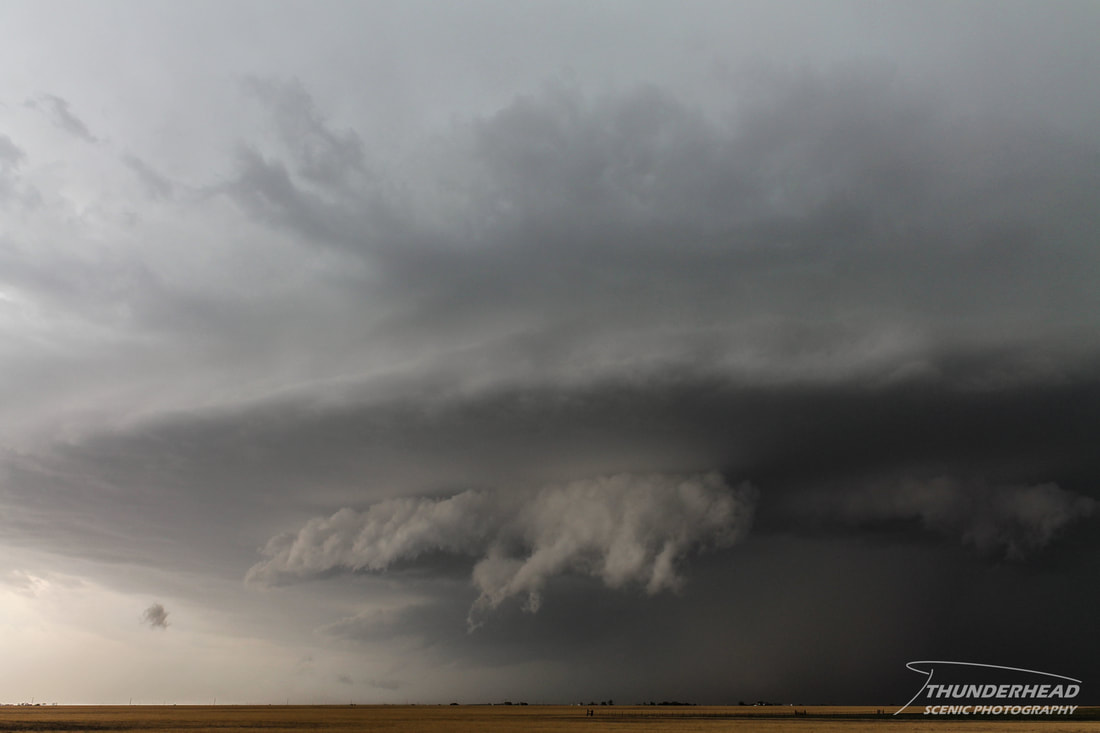 This storm also displayed gorgeous mammatus clouds (photo below). We called the chase near Tulia, TX and headed back to Amarillo for the night, which in terms of good chasing setups, ended our trip with the COD class. 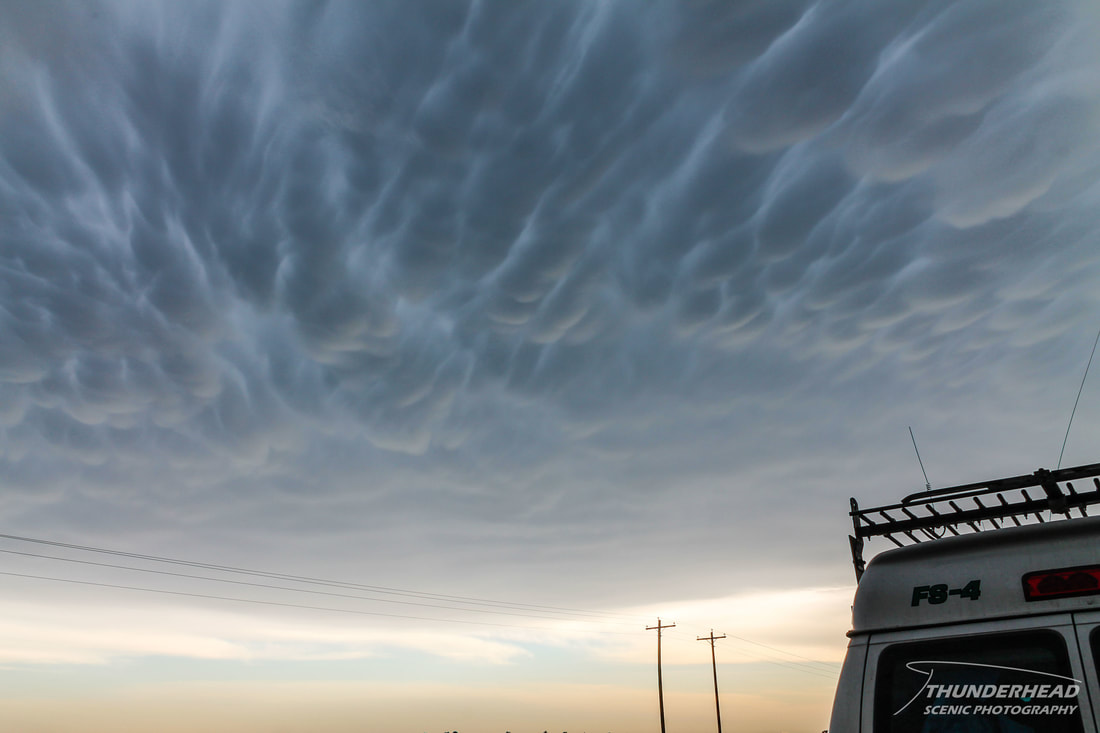 ​​
The Storm Prediction Center's summary for this event can be found HERE.