I had no intention of chasing at all this day.  An MCS had moved through the St. Louis, MO area in the morning and set up a boundary over southern Missouri and the Ozarks. This was to be the focus for supercell development later in the afternoon and evening. However, this is also extremely unfavorable territory to chase in, so when I got off work, I just went home. Sometime between 7 and 8pm, I was talking with Michelle and my family after dinner and I could hear thunder off in the distance. Before I had left my computer for dinner, I was watching the radar, and I hadn’t recalled any storms in the area, so I just assumed it was a multi-cell or air mass storm that had popped up nearby. The thunder continued and grew louder and eventually I just couldn’t help myself and ran upstairs to check the radar. Much to my surprise, two supercells were moving southeastward right at us, one right behind the other. I grabbed my gear and Michelle and I quickly headed out the door.  We encountered some heavy rain, but fortunately no hail as we punched through the core of the leading storm between Mascoutah and Fayetteville, IL. As we were driving north of Fayetteville, we could see a base and wall cloud to the southwest: 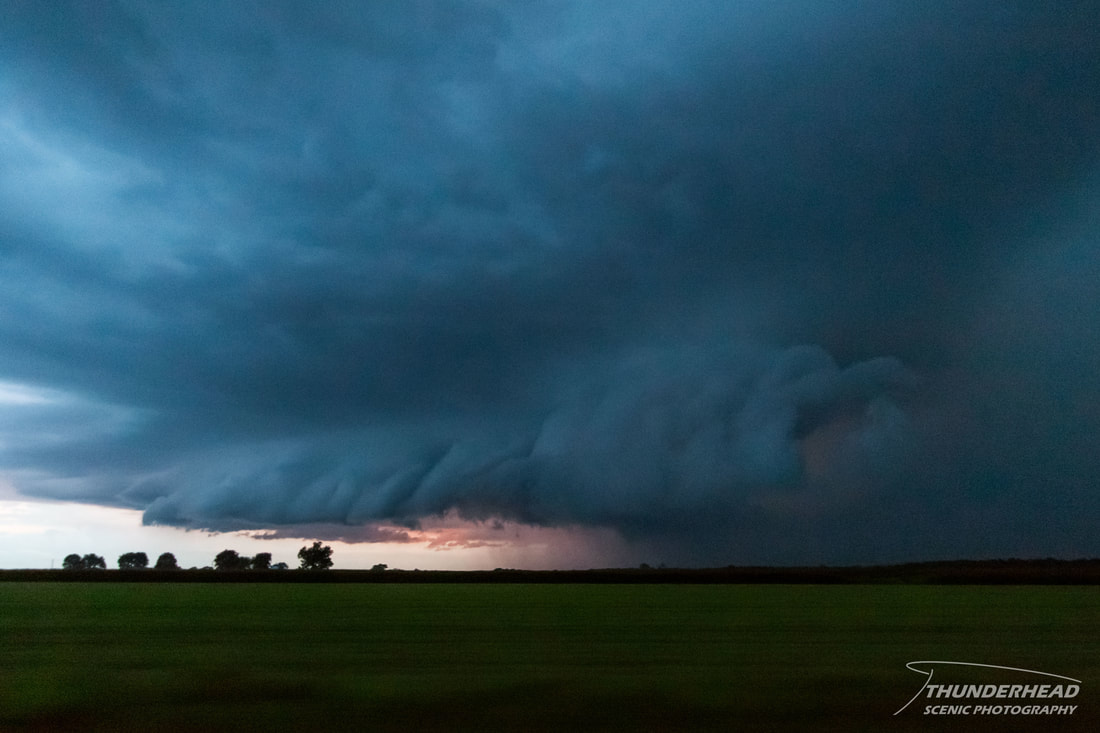 I was tempted to cut west on Highway 15 and drive underneath it, but Michelle wasn’t fond of that idea (rightfully so), so we took a left and headed east, skirting the southern edge of the forward flank. Once we got clear of the rain, the meso and wall cloud were visible and lit up slightly by the setting sun. We pulled off the road south of St. Libory, IL for about 10 minutes and watched the storm for a while: 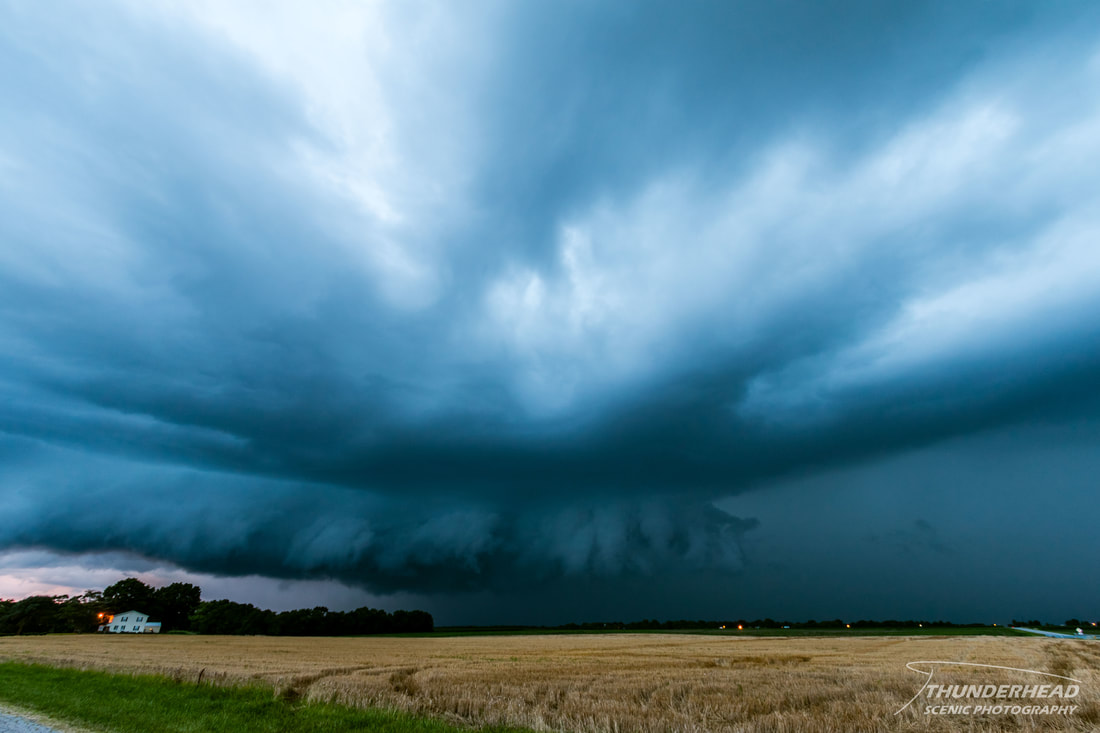 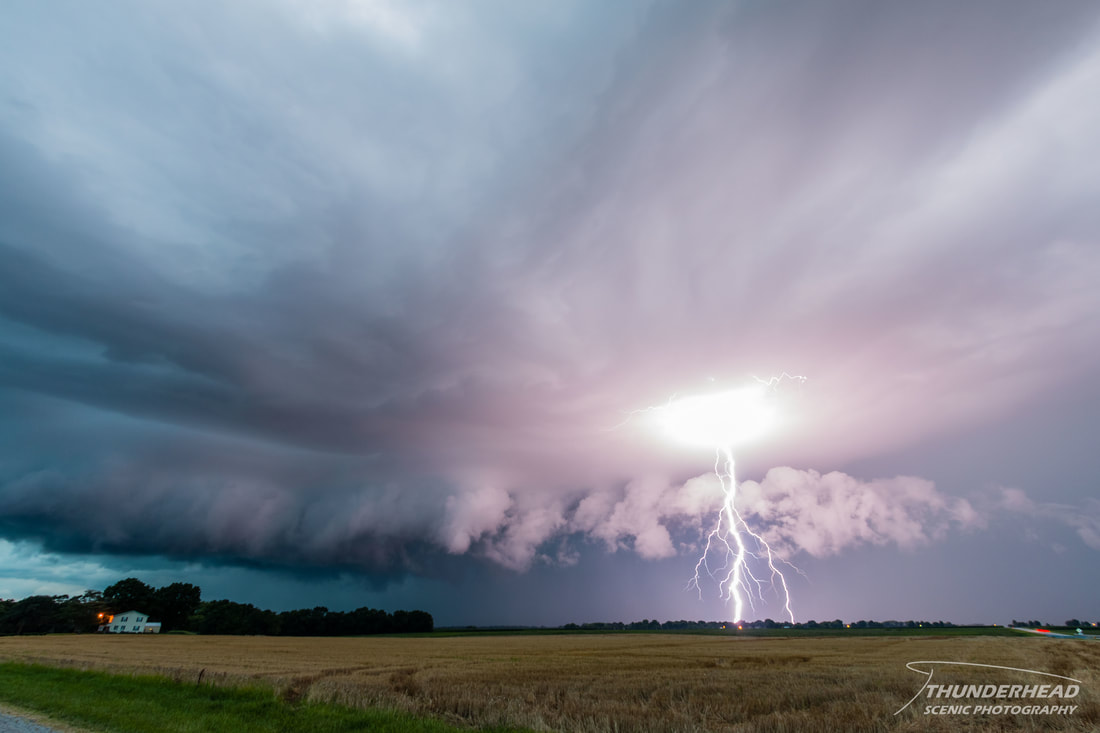 The lightning was frequent and very close. We continued south on Highway 4 and pulled off again by Prairie State Energy Campus:
The storm got too close again and we continued south and got on Highway 13, which tracked with it well. It still was holding together, but that couldn’t be said for the trailing storm, which had long ago died off. Thankfully we didn’t go after that one, as it did look better when we had first left. We stopped once more to watch our storm pass over fields as it exhibited a dramatic lowering illuminated by lightning: 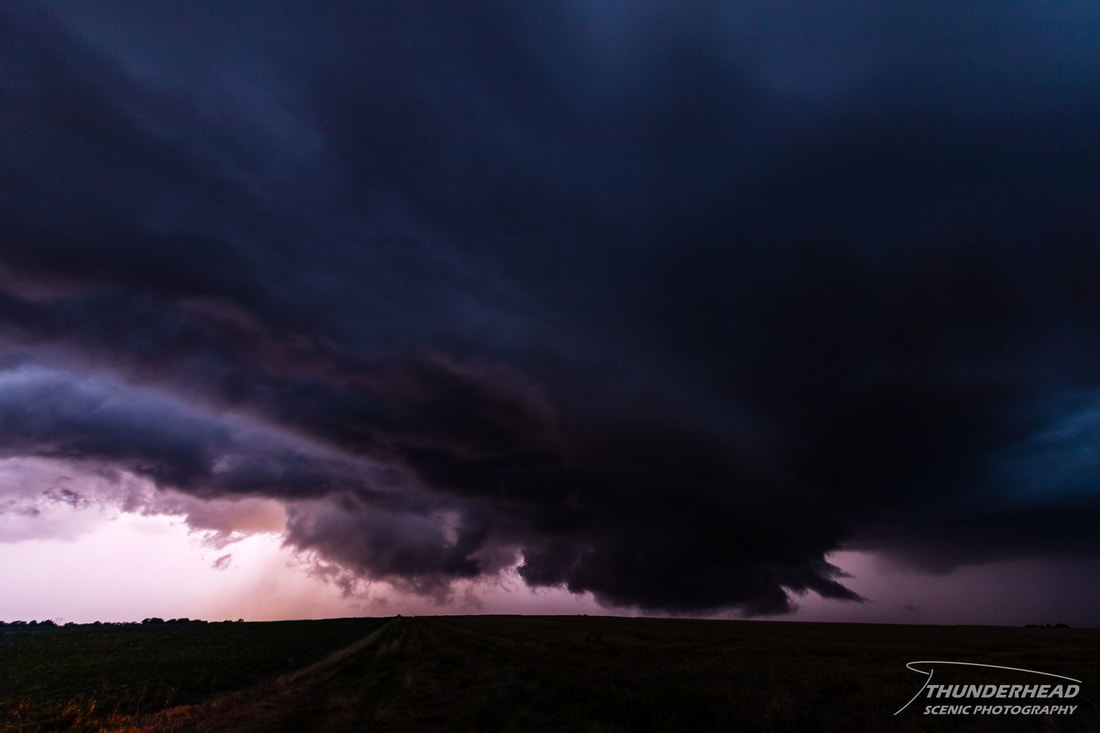 Continuing on, we paused again to try to get a few pictures (the best of them below) as the storm began to weaken. Lightning was becoming less frequent and distinct lightning bolts were hard to pick out, as the entire storm was now surrounded by stratiform rain. We gave up once we got close to Pinckneyville, IL, as the terrain is terrible around there and we felt it was going to die soon, which it did. It was a decent chase for it being local and a surprise. 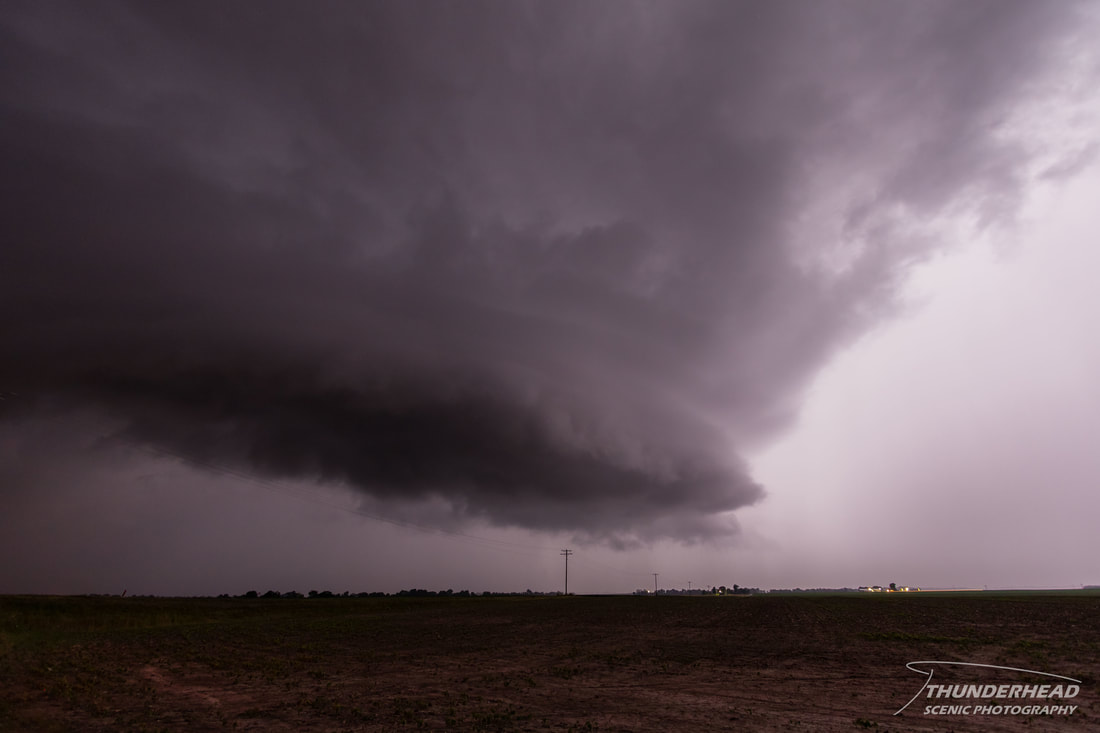 ​​​
​The Storm Prediction Center's summary for this event can be found HERE.