2017 had been off to an active start, with most of the severe weather being confined to the Southeast and Gulf Coast states, as would be expected during the winter. The St. Louis, MO area had been relatively calm in terms of any sort of interesting weather, other than the fact that we’d had record breaking heat (60-70’s) across much of the Midwest, shattering high temperature records. That was to come to a screeching halt on February 24th. The models were forecasting a lee side low to develop and track across the Midwest, bringing the first chance of severe weather to the area this year. There was one issue: a low-pressure system was to pass along the Gulf Coast in the days prior, preventing any decent moisture from returning to the Plains and Midwest. However, it appeared that with the little moisture available and decent shear, there was the potential for severe weather in Indiana. I had my concerns with it, mostly because the surface winds were veered, which isn’t ideal if you’re chasing for supercells and tornadoes. Thus, the possible storm mode was forecasted to be more linear, with the slight potential for supercells mostly along the cold front. Given the wind profile and storm mode, the biggest threat was wind, with lesser chances of tornadoes and hail. Michelle and I teamed up with our friend and fellow meteorologist Marcus (his page HERE) for the first time in while. We left shortly after 9am with our target being northwestern Indiana. As we trekked through central Illinois on I-70, bands of showers formed in eastern Illinois and moved into Indiana. This threw us off, as convection of any sort really wasn’t forecast to form until later in the afternoon, but we disregarded it. We hit Terre Haute, IN and moved northward to Lafayette, IN. As we were approaching Lafayette, a broad band of showers had formed just to our northwest, slightly ahead of the cold front. We weren’t sure if we should keep with this band or stay with the front. That decision was made quickly, as several storms intensified in this band as we continued north to Wolcott, IN. Once we hit Highway 24, we moved eastward to get ahead of a semi-broken line of storms coming up from the southwest. We stopped a couple of times to watch the line as it pushed to the northeast: 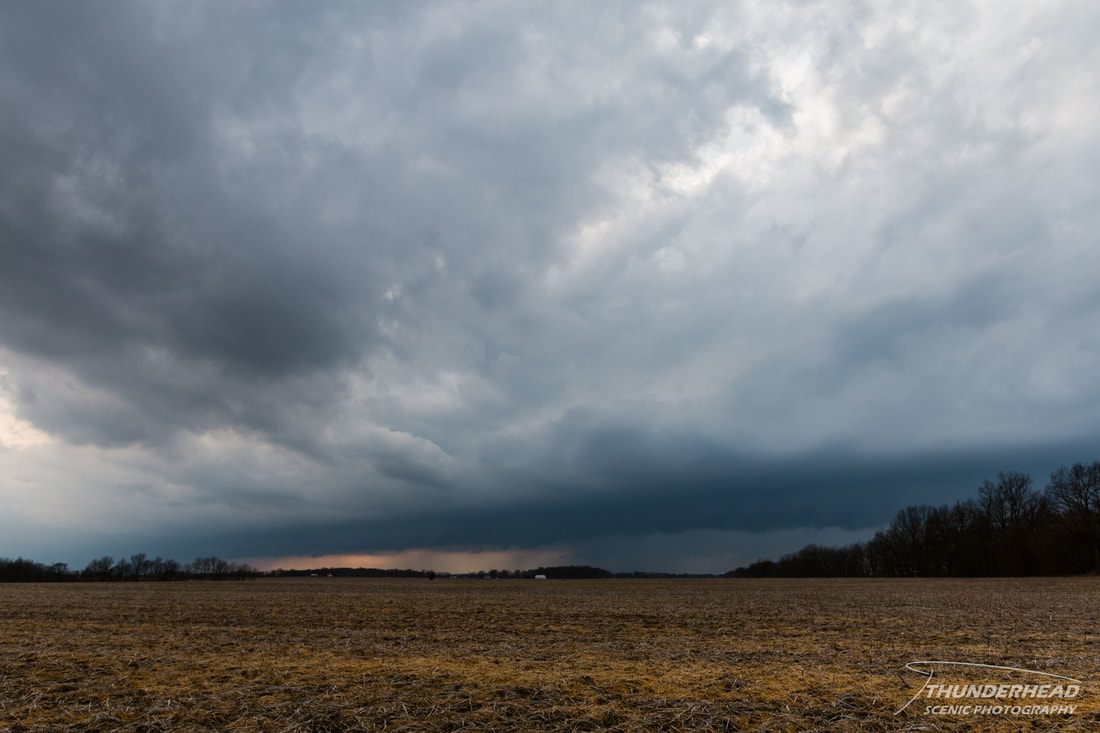 ​The tail-end storm on this line tried to intensify for us, as it displayed a wall cloud for at most 5 minutes (below) before it lost its low-level features. 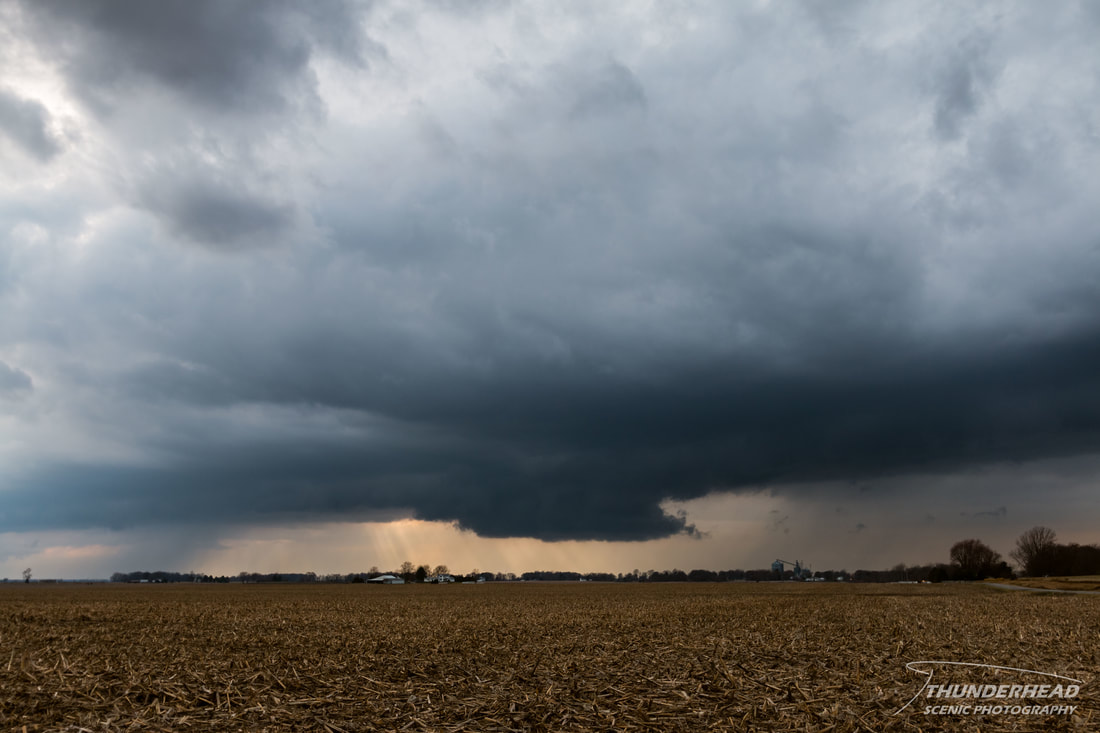 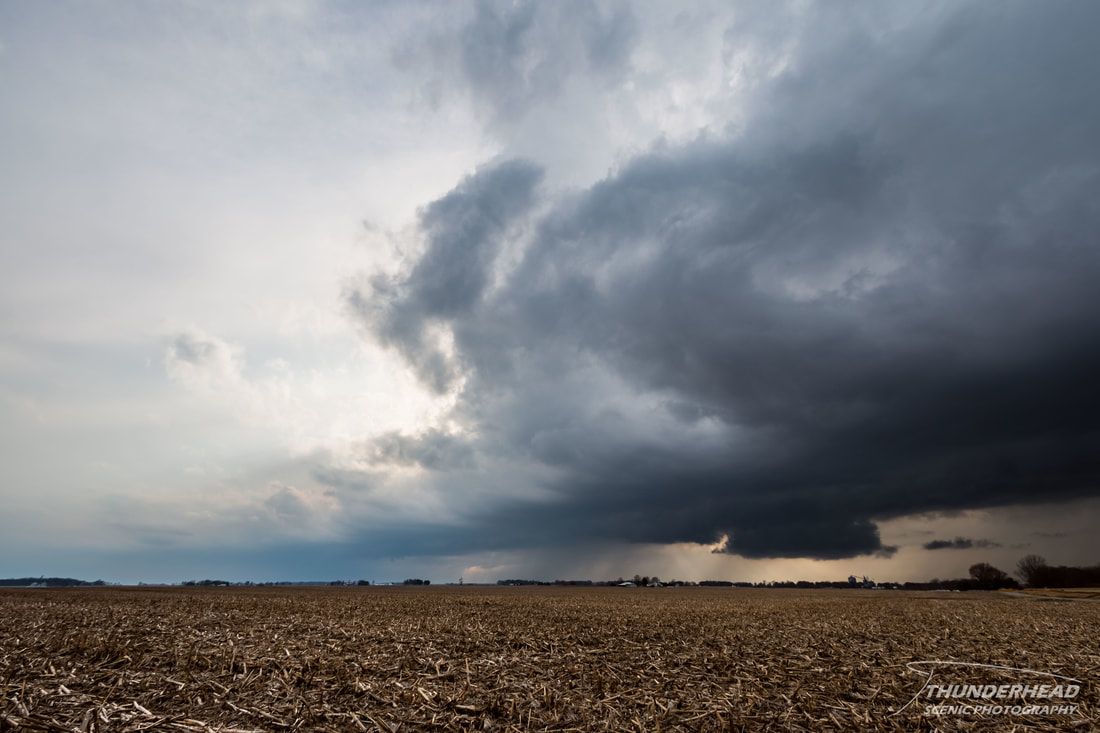 We contemplated trying to keep up with this storm as we moved eastward, but it was moving too quickly and looked terrible, so we stopped at a truck stop near Peru, IN to plan our next move. There really wasn’t much in the area that was chase worthy, so we decided that it was best to just call it a day and make our way back home. This was pretty much the theme for the area. Remember the earlier band of storms well ahead of the front? The models didn't forecast these, and they ended up reducing the energy ahead of the front, causing storms that fired along the front (which was supposed to be the main show) to be mostly sub-severe and dull. This pre-frontal line ended up producing most of the severe reports. There was also a lot of cloud cover ahead of the front with very few breaks, limiting surface heating. While this chase was mostly a bust, we still saw a wall cloud, and it was nice to shake off the rust.