What a way to start off the year! The models were showing the chance of snow and record cold about a week out. The snow did not really have my concern as much as the high temperature on Monday the 6th being around 0 degrees did. My concern did start including snow several days out, though, as forecasts of 6-12 inches and wind chills of -20 to -30 began to be thrown around. My digital thermometer on my desk read 8.8 degrees on the evening of the 5th, and that’s without the wind chill. I’d say there was probably about 10 inches on the ground at this point, but it was hard to tell with all the drifting. The snow was very dry and the wind was strong, which lead to huge drifts. I’d never seen anything like it.

​I saw my thermometer bottom out at 0 degrees before it stopped reading the morning of the 6th. My uncle came by and plowed our driveway with a tractor, otherwise we could have only left in my dad’s truck: 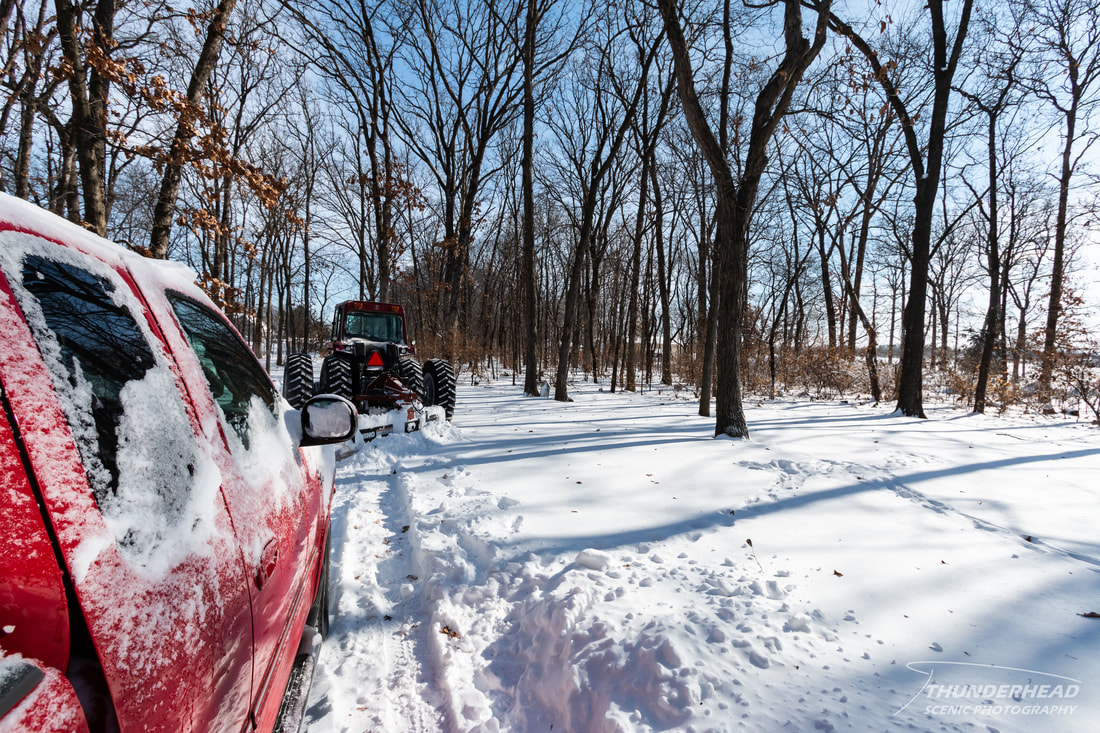 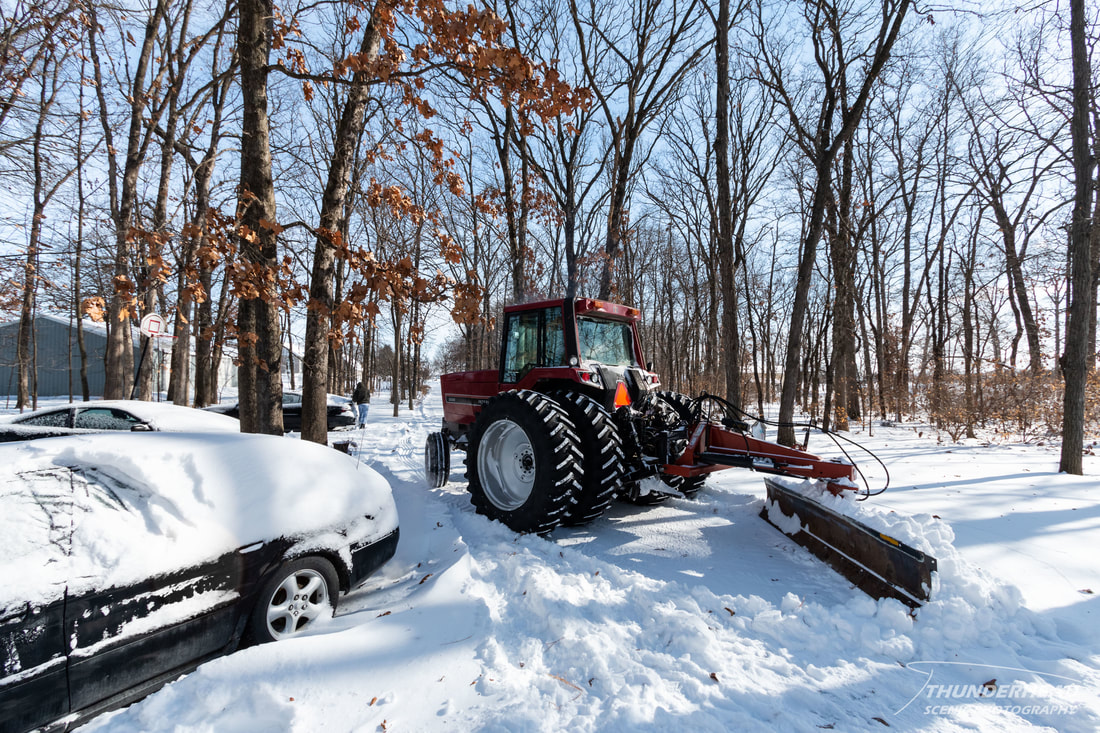 ​My dad and I went for a drive after that to check out the roads. There are a couple of routes to get to and from my parents’ house, so we were going to take one way out and then the other back in. The way out was plowed and in reasonable condition, though it still had hard-pack on it and small drifts occasionally. The way back was not plowed as well as the first. There were some spots where it was only one lane, such as on a curve where somebody had slid off the road at some point during the night (first photo below). The second road we needed to take on this route was not plowed well either, but understandably so, since it's a rough back road (second photo below). The drifts eventually were so bad that the road crews had given up plowing, which is where some people were stuck in the 3-4 foot drifts (third photo below). 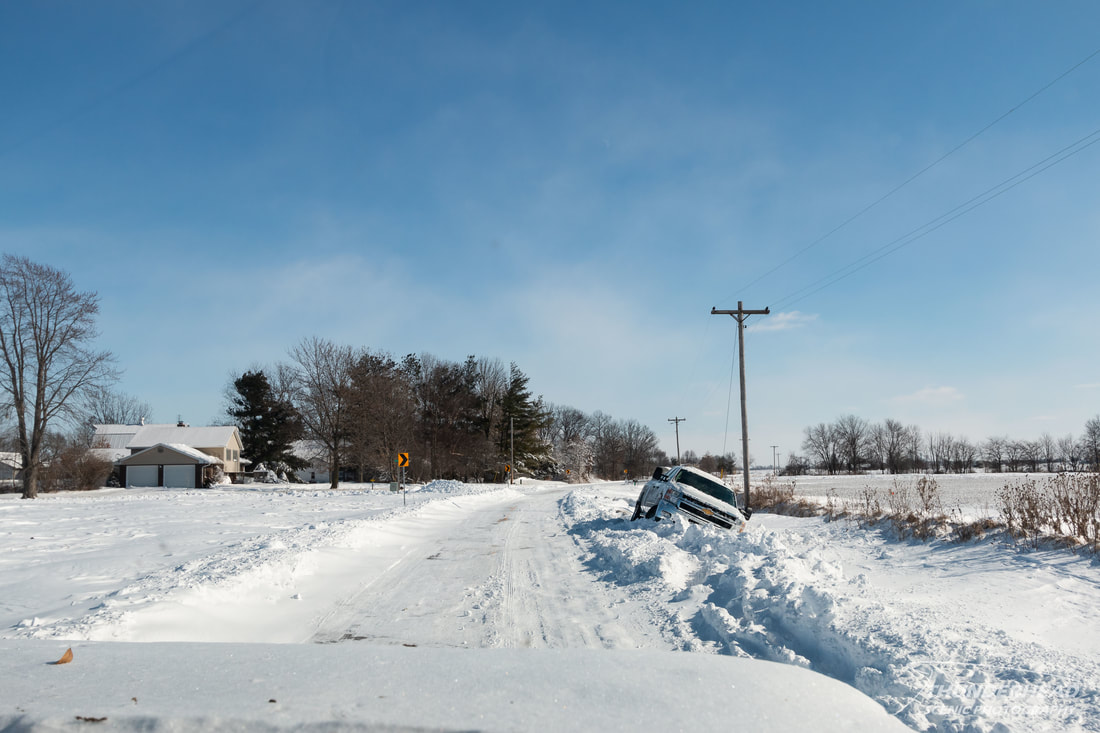 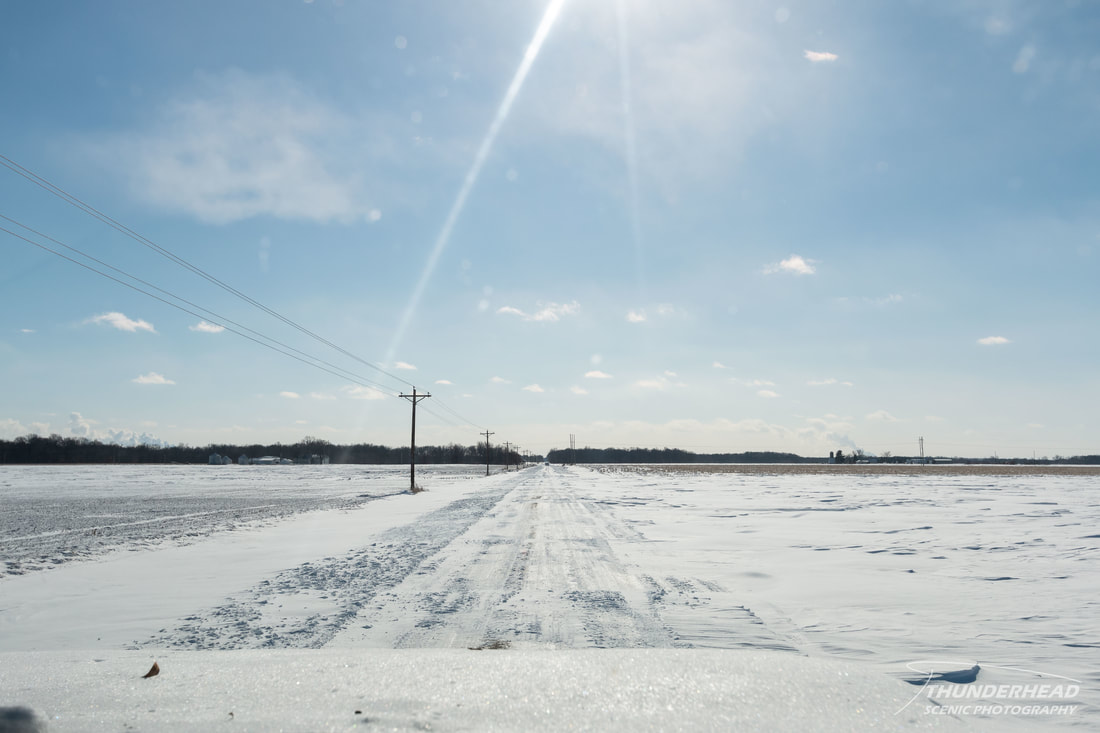 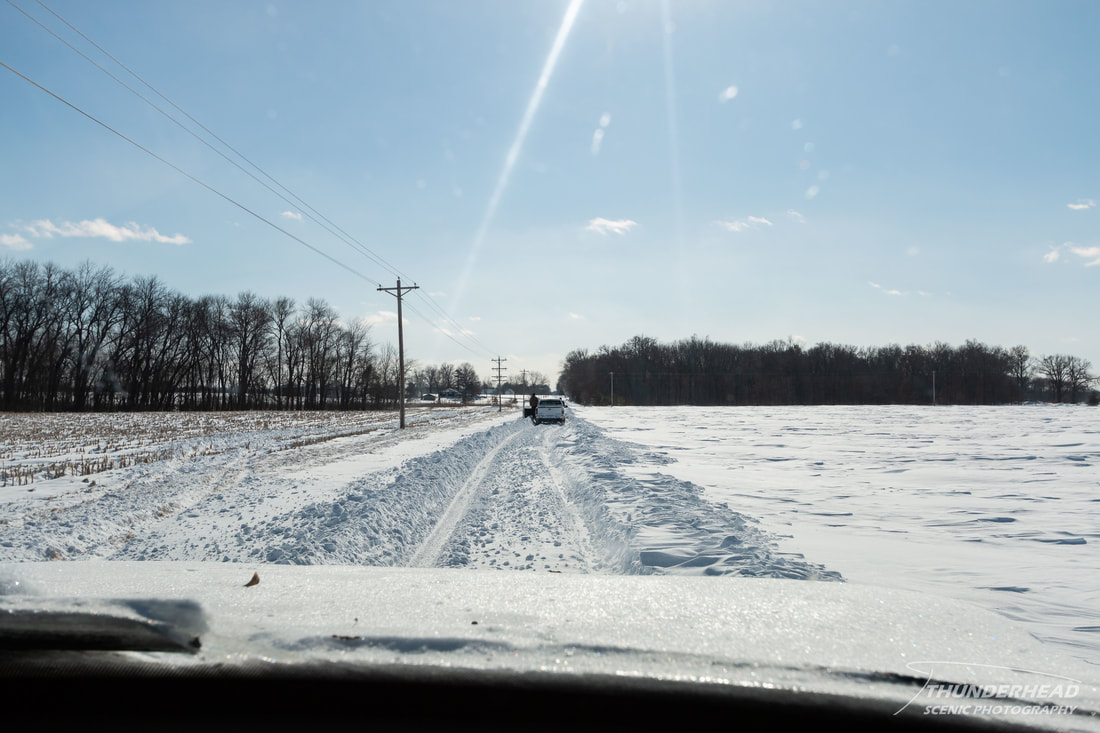 ​If you had plenty of layers on and no skin showing, the cold wasn't too bad, especially if the wind wasn't blowing, but if it picked up, it felt like your eyes were about to freeze. As far as snow depth, the official report out of Mascoutah, IL was 15 inches, which was the most in the St. Louis area for this event. On average, I measured about one foot, but it was hard to tell because of drifting snow. I went out to take pictures of the sunset (photos below), and when I brought my equipment inside, my tripod developed frost because the metal was so cold. Now that’s cold! I’ve had condensation form on my tripod when bringing it in from being in the cold, but never frost.
Speaking of the cold, I saw my thermometer dip to the coldest temperature I've ever seen personally the evening of the 6th. Note that this is without the wind chill: 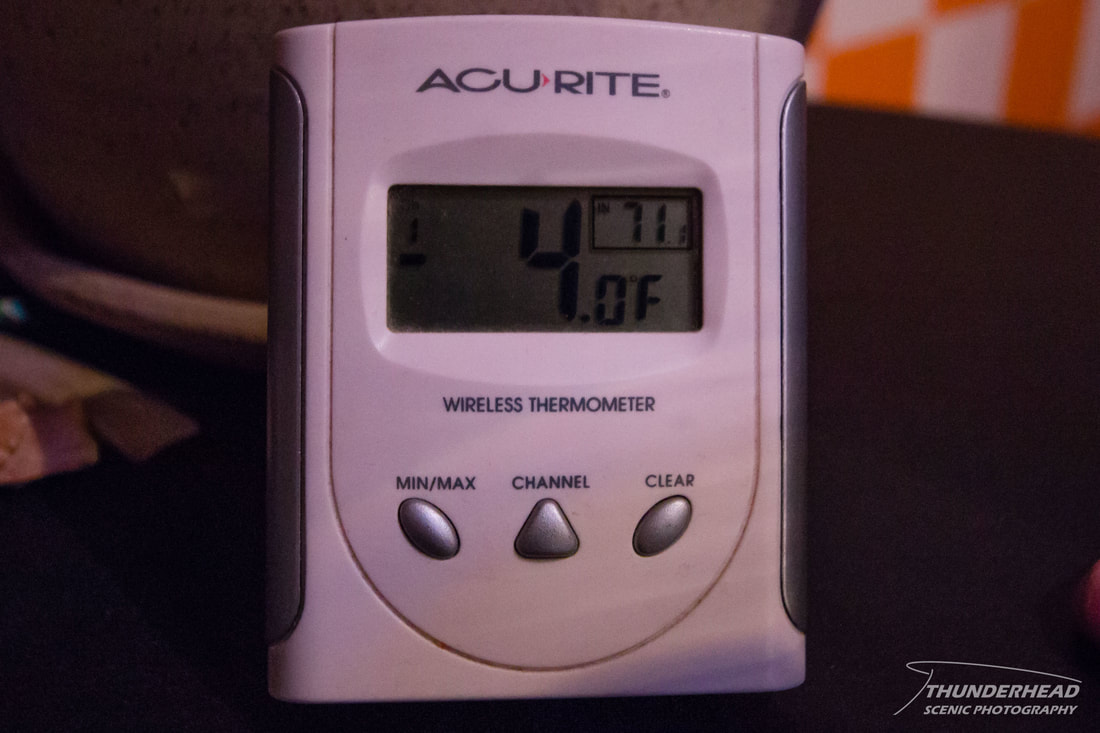 Because it was cold and there was so much snow, it drives you to think that the snow has to stick around for a while; however, the weather had different ideas. On the 12th, approximately 95% of the snow was gone, leaving just spots where it was piled deep. Of course, the fact that it was raining and in the 50's helped to eventually melt the rest.

The National Weather Service in St. Louis, MO has snow total and windchill values from this event available HERE.