We were still in the regime of summer time pop-up thunderstorms. Some fired to the northwest of the Starkville, MS area and were moving east of the area. They appeared multi-cellular in nature, until the southernmost one started to develop a hook and weak rotation on radar. It shortly thereafter became severe-warned for hail and wind. Given that it was to intersect Highway 45 at a good location, we gave chase. It had a crisp updraft and a bit of a lowering that we could see before entering West Point, MS. We continued north of West Point where we got off to go northeast on Highway 25. Pulling over behind the storm, we could see some very interesting features and a rainbow: 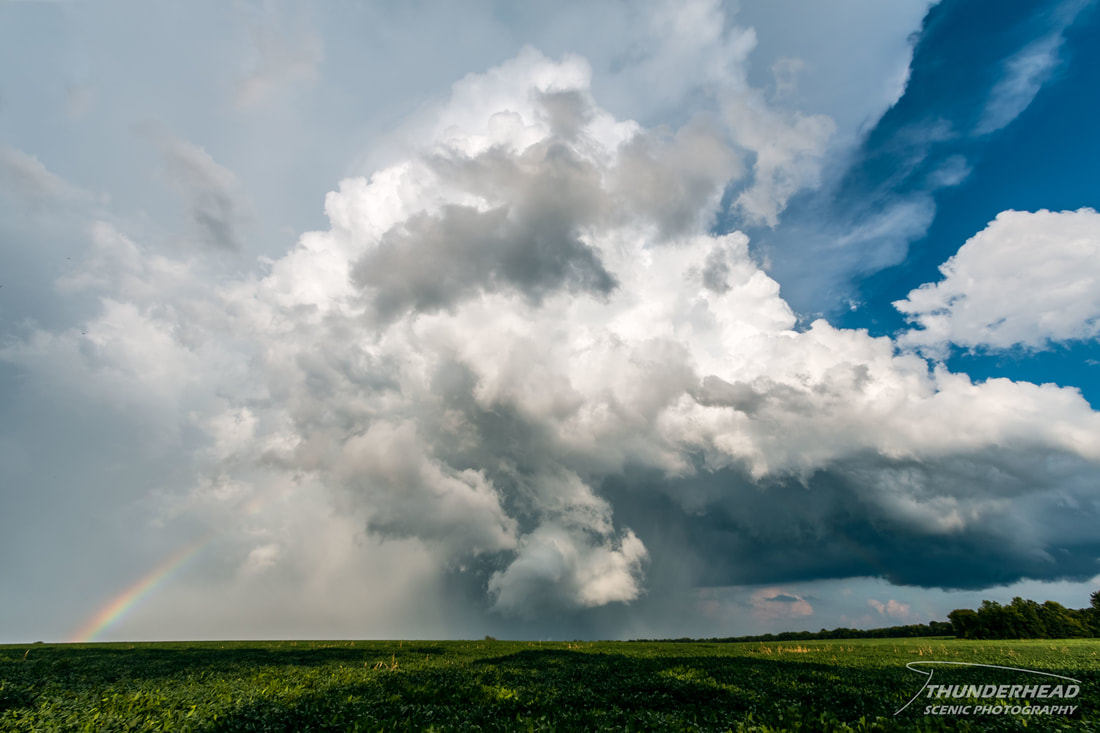 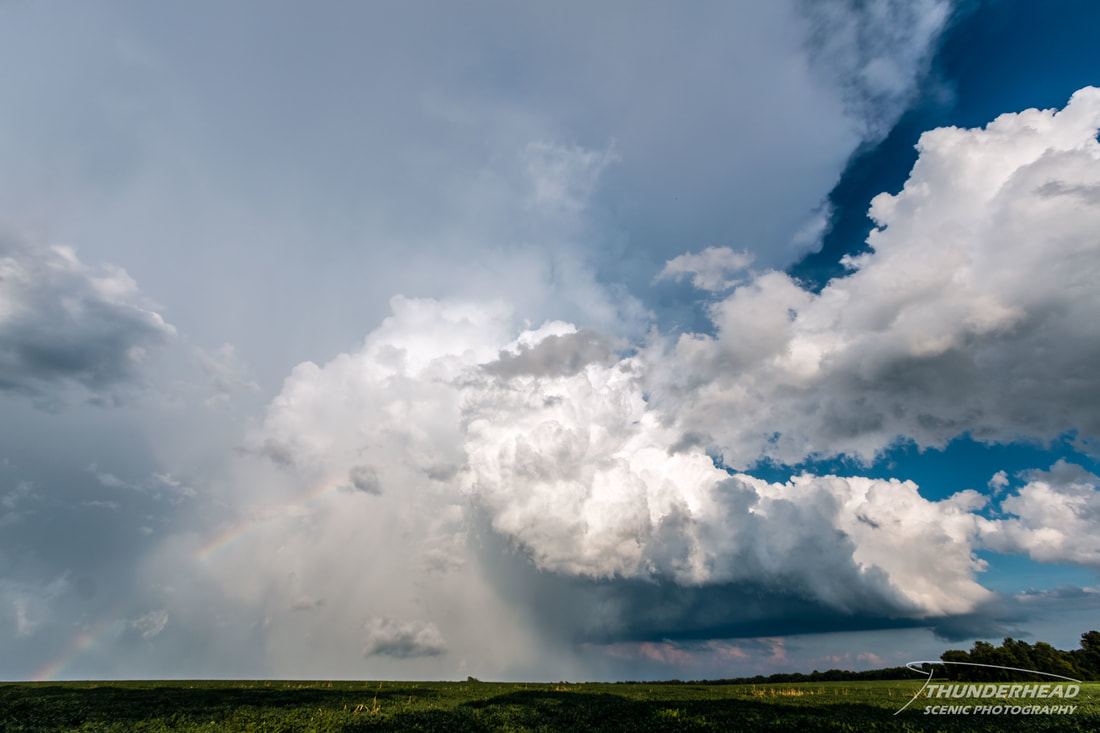 We watched as it moved further away and began to deteriorate. There was another storm we had been watching on radar coming closer to us from the west. It was beginning to move into range, but didn’t look appealing on radar. As we continued southwest on Highway 25, I caught a glimpse of the storm through some trees. It looked like an LP supercell, and had a bell-shaped meso with a huge messy lowering. That is something you don’t see in Mississippi every day. Unfortunately, by the time we got within good viewing range of the storm, it had begun to die (photos below). Overall, this wasn't a bad chase for Mississippi in the middle of summer. 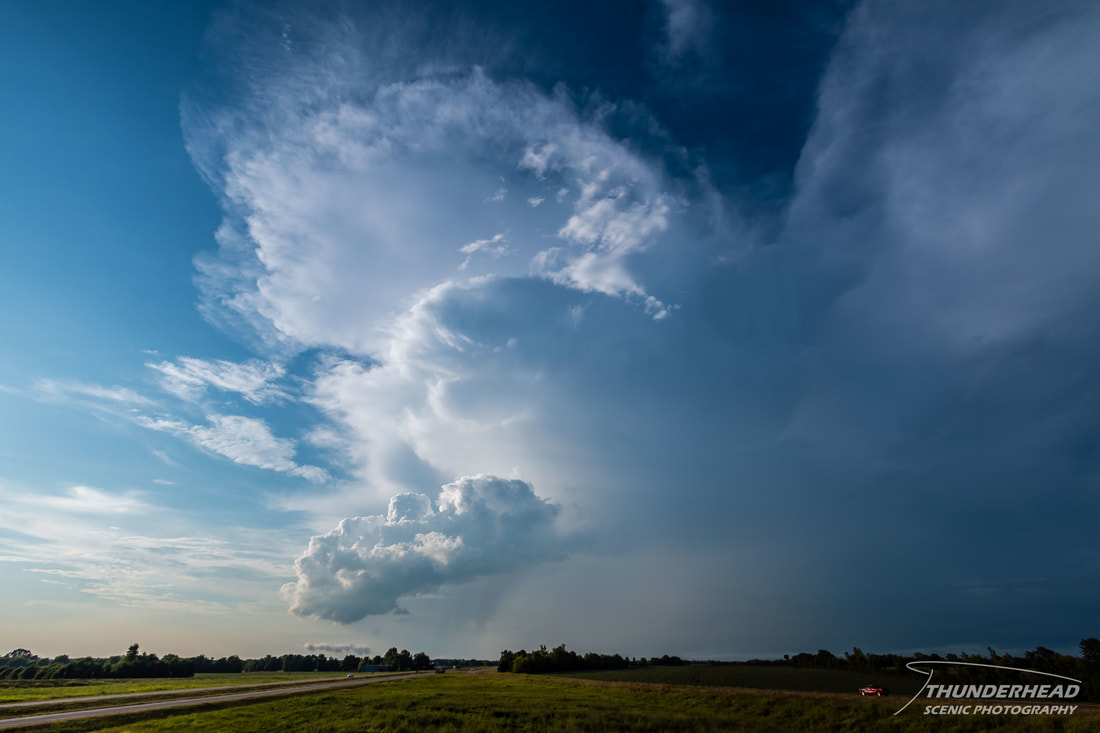 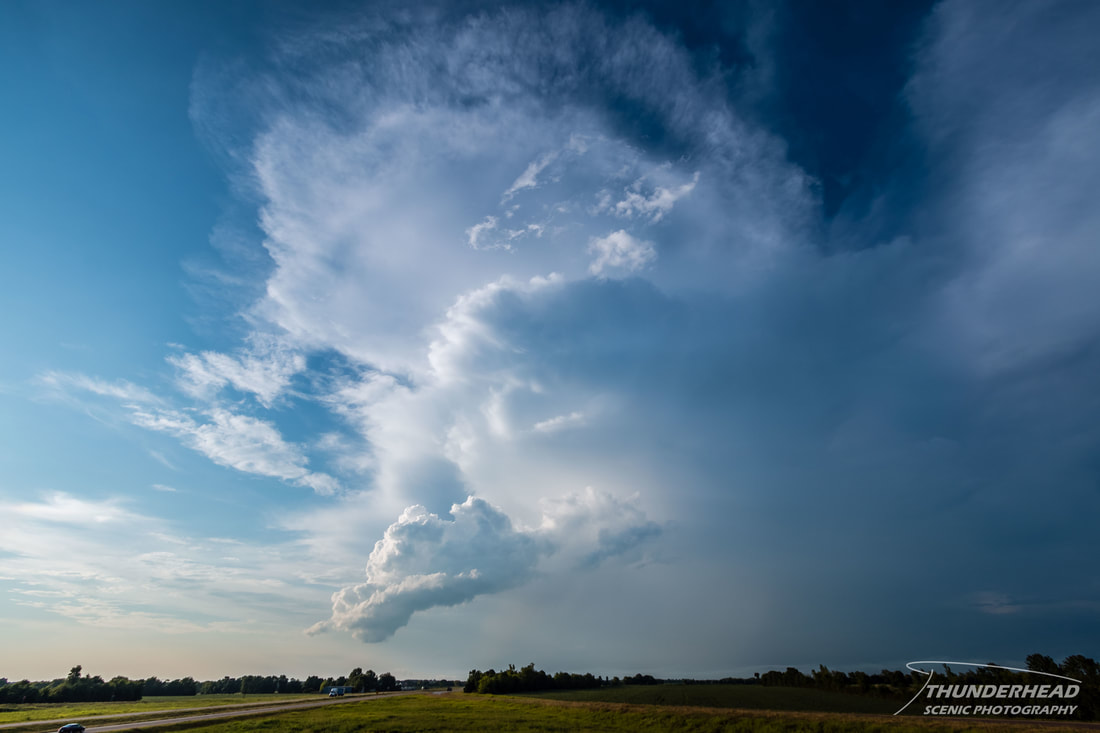