Michelle and I were back down in Mississippi and it was HOT, but fortunately things had cooled off to the point that highs were in the low 90s. An outflow boundary from an early day MCS  to the north was forecasted to move through the area and serve as a focus for storm initiation in the afternoon. The setup didn’t look promising at all until very late in the evening near sunset when some storms popped north of Tupelo, MS and tracked to the southeast. They weren’t severe by any means, but were cool to look at. It's the middle of summer, so you take what you can get. Michelle and I gave chase by going the usual route up through West Point, MS on Highway 45 and then east on Highway 382 through the small town of Prarie, MS to see one of the dying storms lit up by the sunset: 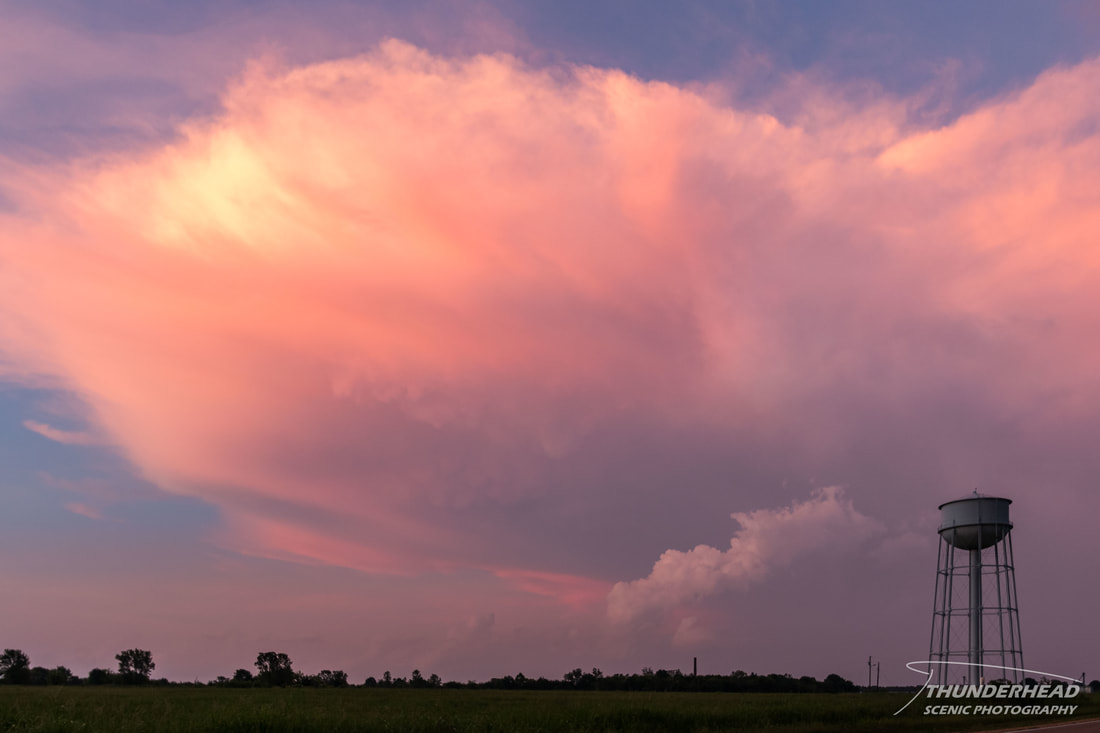 After that, we began to head back to Starkville, MS, only to notice that the outflow boundary from these dying storms was starting to form some convection along it, right on top of us: 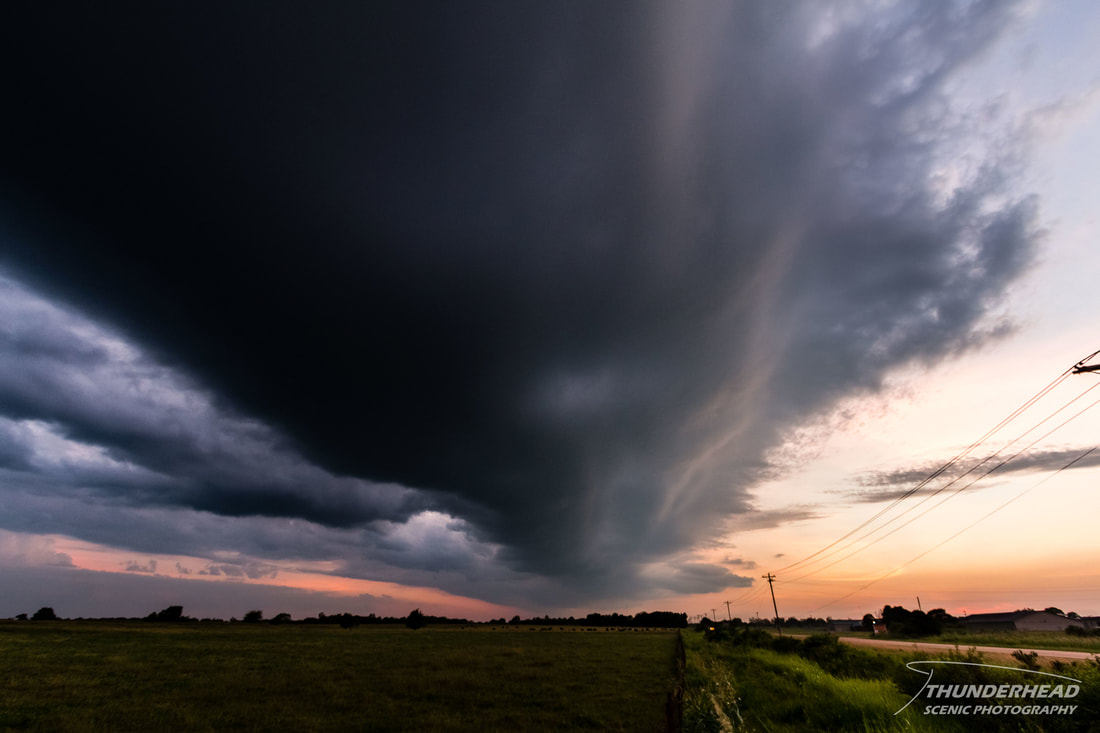 As it passed overhead, moving south (moving left in the above photo), we noticed that it had some faint striations on the backside: 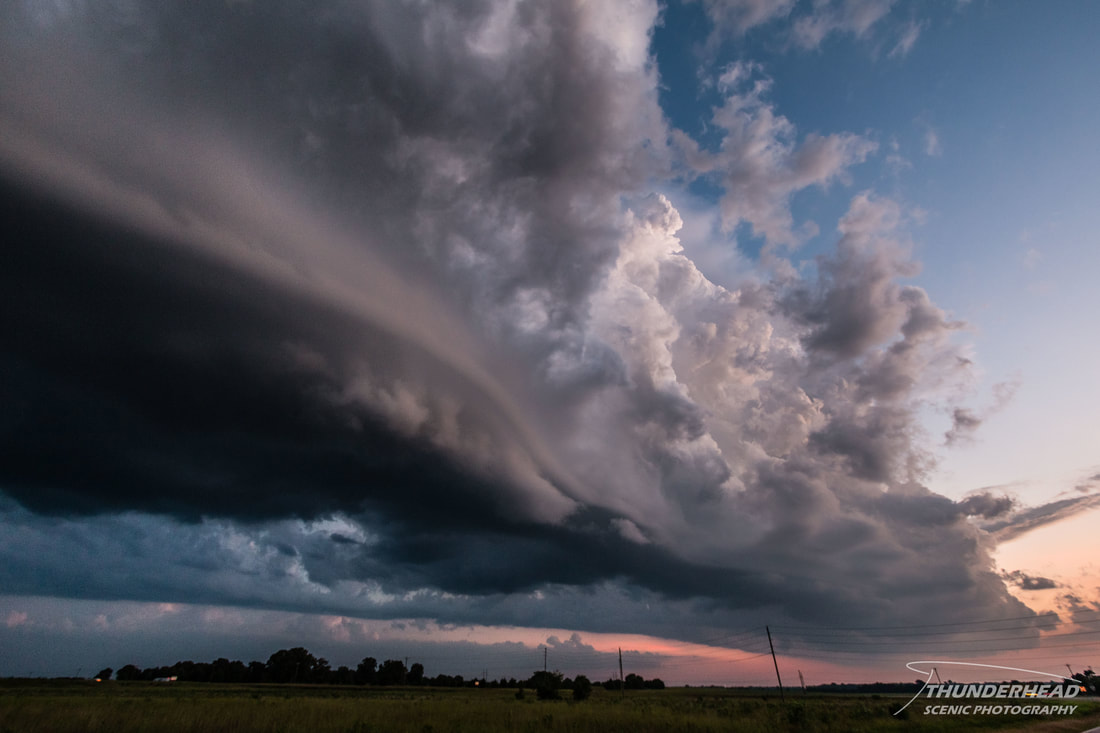 I consider this to be rather uncommon. If you're familiar with storms and looking at the two photos above, you would think that this is a shelf cloud/gust front moving toward you, not away. But that is exactly what it was doing. It had some good lift associated with it, creating a very beautiful scene between some updrafts and the setting sun: 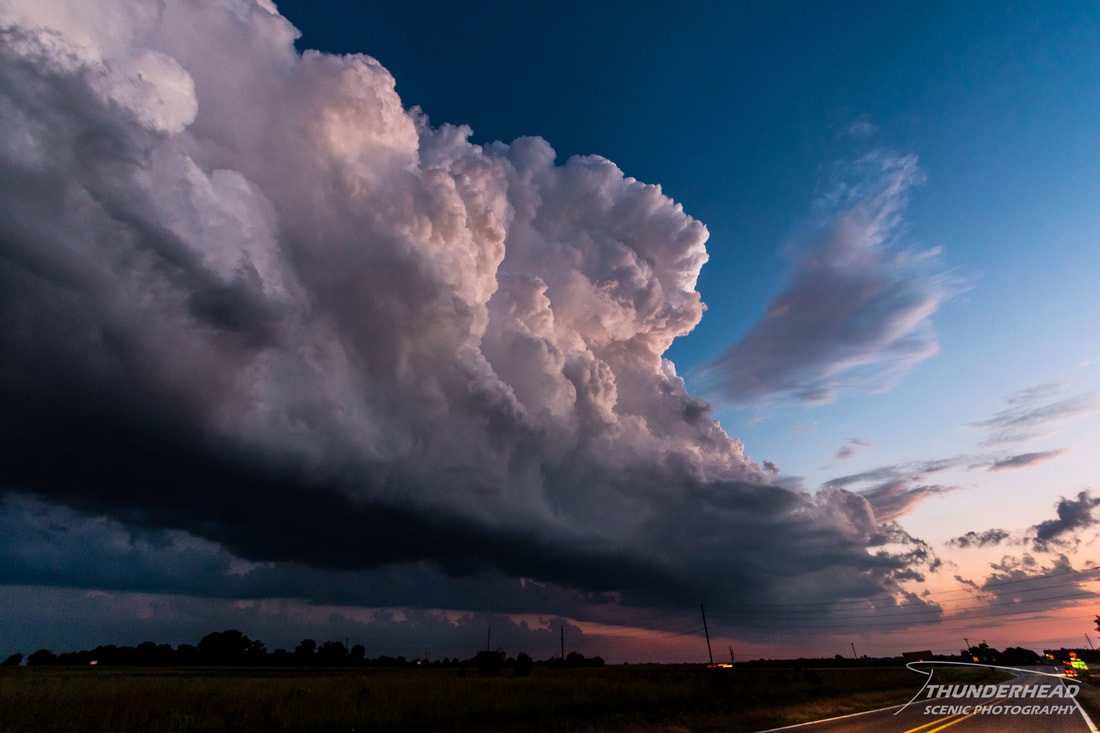 As we made our way home, we noticed these updrafts grew strong enough to produce an occasional lightning strike: 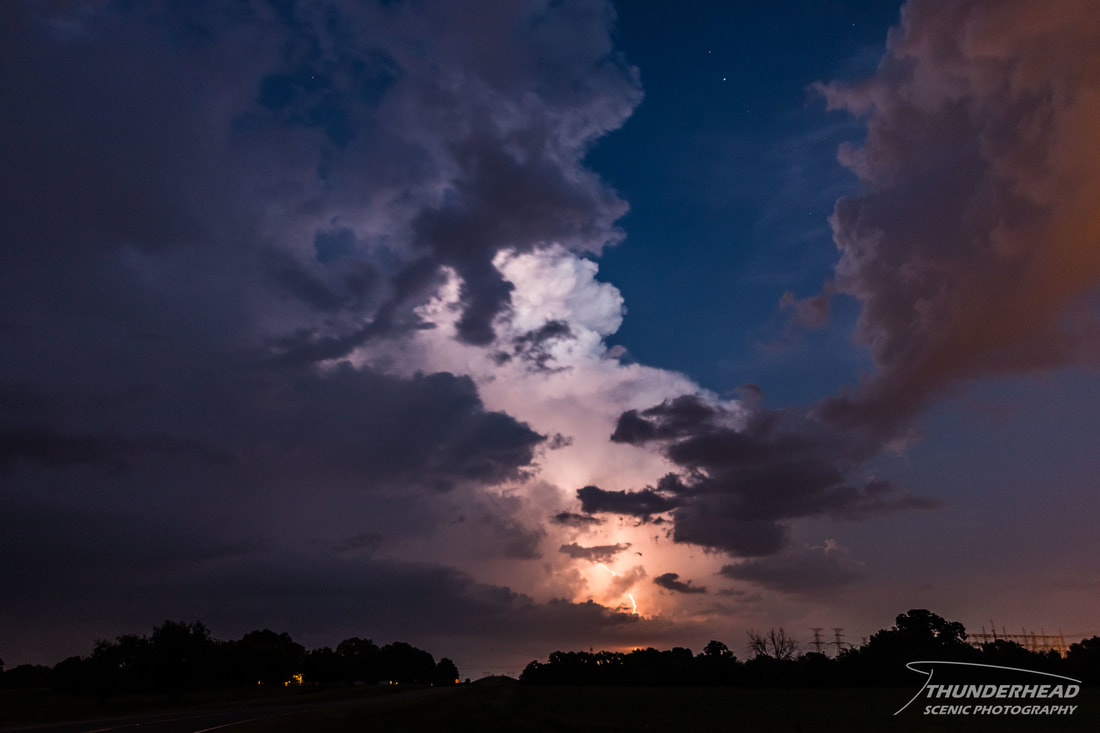 ​
​The Storm Prediction Center's summary for this event can be found HERE.