A warm front draped across central Missouri and southern Illinois was to serve as a possible focus for storms during the afternoon. Whether storms would form was not a concern, but what mode they would take would determine the chasability and tornado production of this event. During the morning hours, a decaying MCS was moving across central and northern Missouri due east right at the St. Louis, MO area. Models had this system dying prior to it reaching the Mississippi River, but observations said otherwise. I was concerned that outflow from this system would interfere with any discrete cells that were able to form in the open warm sector just south of the warm front. As the outflow boundary began to impede upon the western St. Louis metro, several storms formed over Jefferson and St. Louis counties. These storms were organized supercells at first, but quickly became messy and linear. Michelle and I were waiting near Troy, IL for these storms to cross into the more chasable terrain in Illinois. As the strongest of the storms began to exit the immediate St. Louis metro into Illinois, it began to regain supercellular characteristics on radar and structurally. We repositioned to the northeast between Hamel and Marine, IL as the storm began to strengthen further and began to throw nickle-size hail at us: 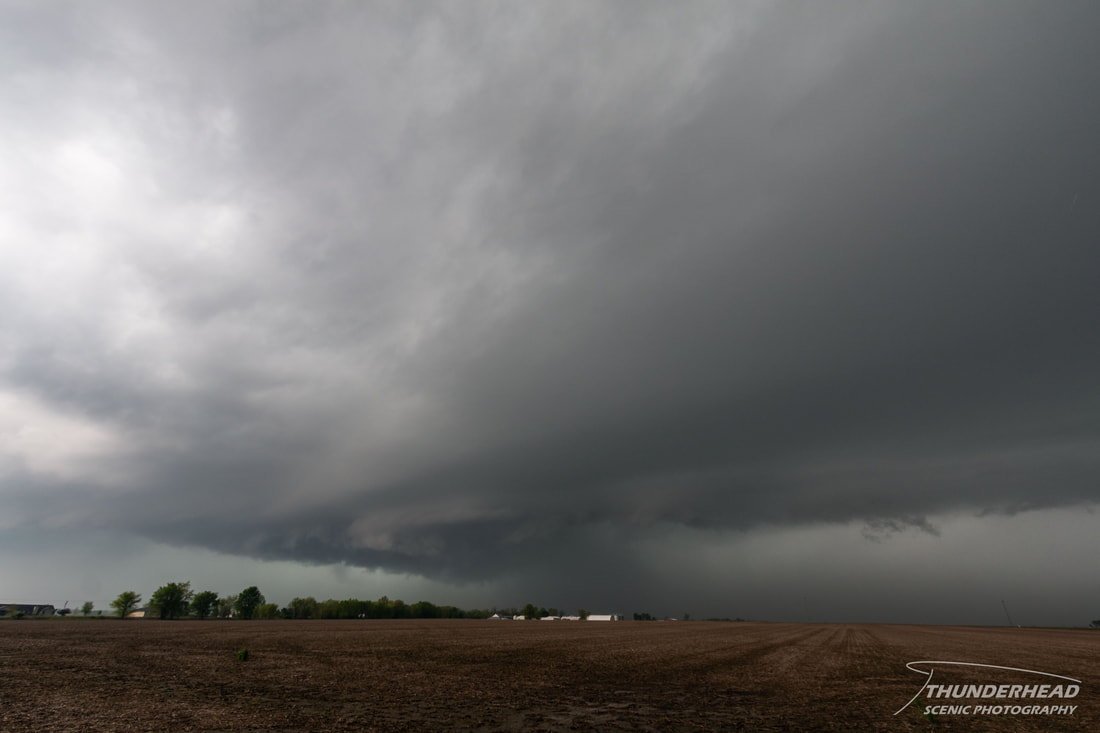 Around this time, the storm increased in intensity and was tornado-warned as a wall cloud began to develop. However, given the HP nature of the storm, the chance of a tornado occurring went down due to the tendency of these types of storms to become outflow-dominant. 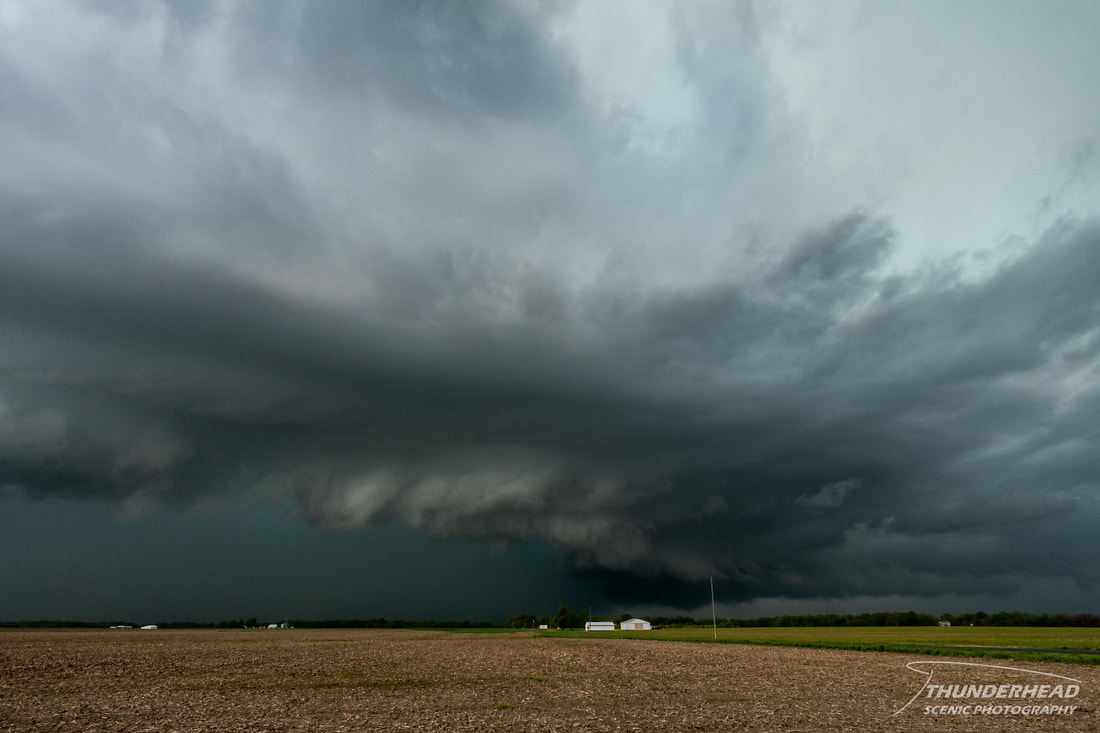 We continued to zig-zag across the countryside north of I-70 while the storm developed some of the best structure we witnessed while chasing it:

​As we neared the town of Greenville, we had a decision to make: go north on Highway 127 toward Donnellson directly in front of the storm, or continue eastward. The storm had become weaker and was being interfered with by other storms to its south, so we chose the latter option and pushed eastward so that if it did reorganize, we would be in better a position to move in on it. Stopping between Greenville and Mulberry Grove, we noticed the storm(s) had become outflow-dominant. We watched what looked to be a new updraft pulse go up along the leading edge of the outflow as scud loosely hung beneath it: 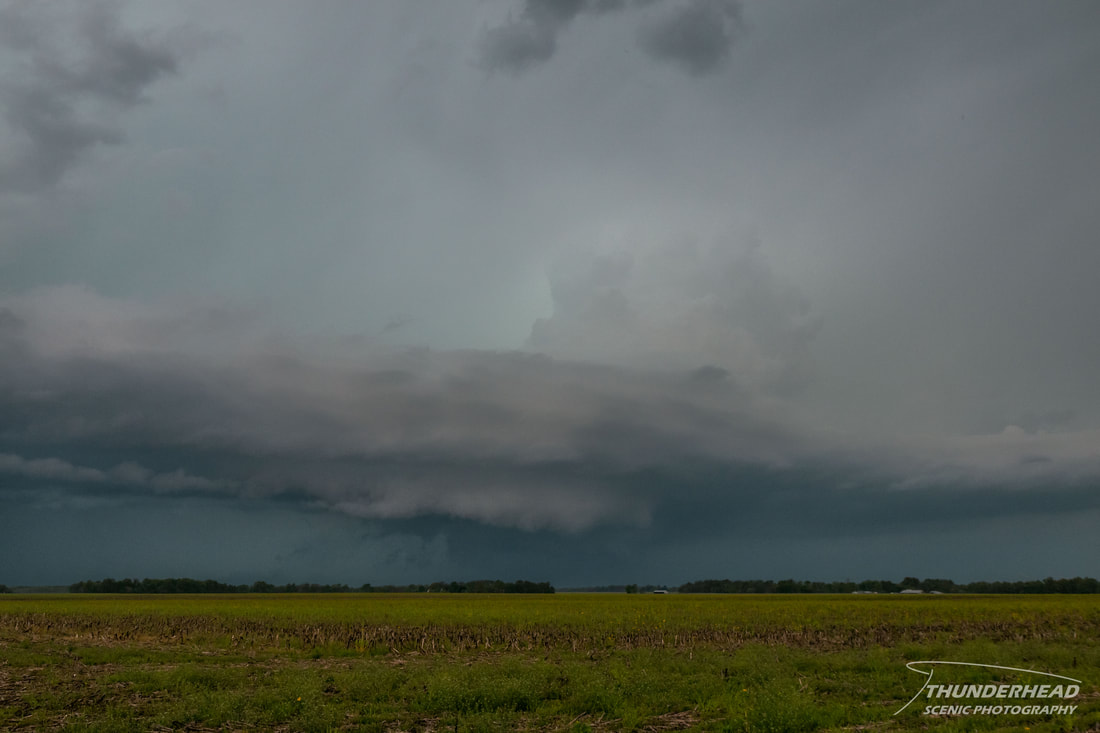 Two storms had been able to become briefly discrete, and the northern one was what I was witnessing. It was around this time it produced a brief tornado near Donnellson. One of those scud “tendrils” seen in the image above could very well be the funnel, but seeing as we were five miles away from it at this time, I can’t say anything for certain.

Shortly after this, the storms merged again and became linear and definitely outflow-dominant, as indicated by the shelf cloud in the photos below, effectively ending any tornado potential. We traveled south to meet up with two trailing storms, but they were well behind the outflow of the previous storm and lacked decent structure. We called the chase and headed home.
​​The Storm Prediction Center's summary for this event can be found HERE.