My first potential chase of the year was here. About 2 weeks prior, there was talk of a pattern change during the first week of April, which meant a change from the boring zonal flow we had been experiencing to seeing some waves in the jet stream. A deep trough was forecast to dig down into the Midwest and South during the first week of April. April 1-4 had the potential for severe weather, with the 2nd and 3rd looking to be the better days. The 2nd was going to be good for slow-moving supercells out in Oklahoma and Kansas. The 3rd was going to be ideal for everything: supercells, bow echoes, QLCS’s, hail, wind, tornadoes—EVERYTHING…but over the Ozarks. Looking several days out, Michelle and I saw that Wednesday the 2nd may work for us to go chasing. She already had off that day, so I went ahead and asked for it too. As the day got closer, I was really questioning the set up. All of the parameters looked good except one thing: there wasn’t a real good trigger to set storms off. If it was in my back yard, you better believe I'd be out there. But when you’re talking about an 8-hour drive to a questionable set up, I feel uneasy. However, we agreed it was worth the risk and decided to go.

On the 2nd, we arrived at our target of Enid, OK around 2pm. Storms had yet to initiate, so we hung around for a couple of hours before noticing some cumulus trying to grow to the north. We topped off on gas and made our way only about 10 minutes north of Enid before stopping to watch a storm try really, really hard to get going just across the state line in Kansas: 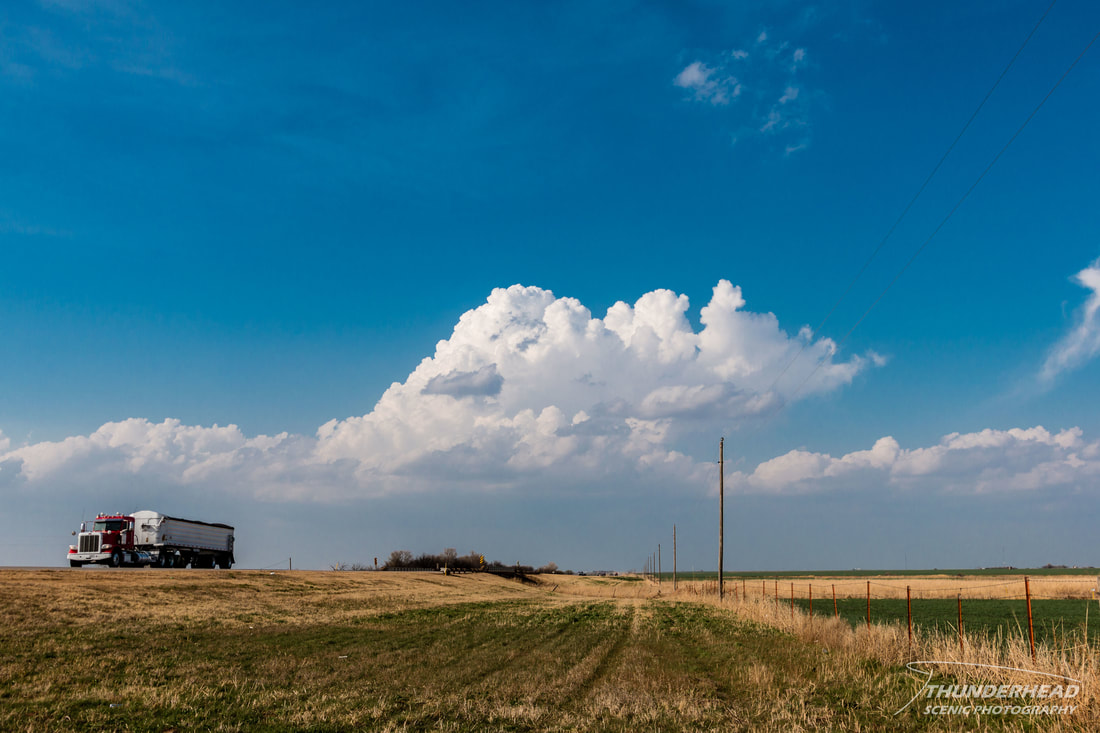 Just as soon as this "storm" finally showed up on radar, it died, but it did still sucker most of the chasers in the area up to it. At this point, I was feeling very doubtful of the chances today and figured it would be a bust. Supercells did fire in eastern Kansas, well away from us and out of play. Since it was getting late, and we had an 8-hour drive home, we decided to start making our way back. Along the way, we stopped to take pictures of the remnants of the previously mentioned storm and I got "artsy" with some power lines and the painfully clear sky: 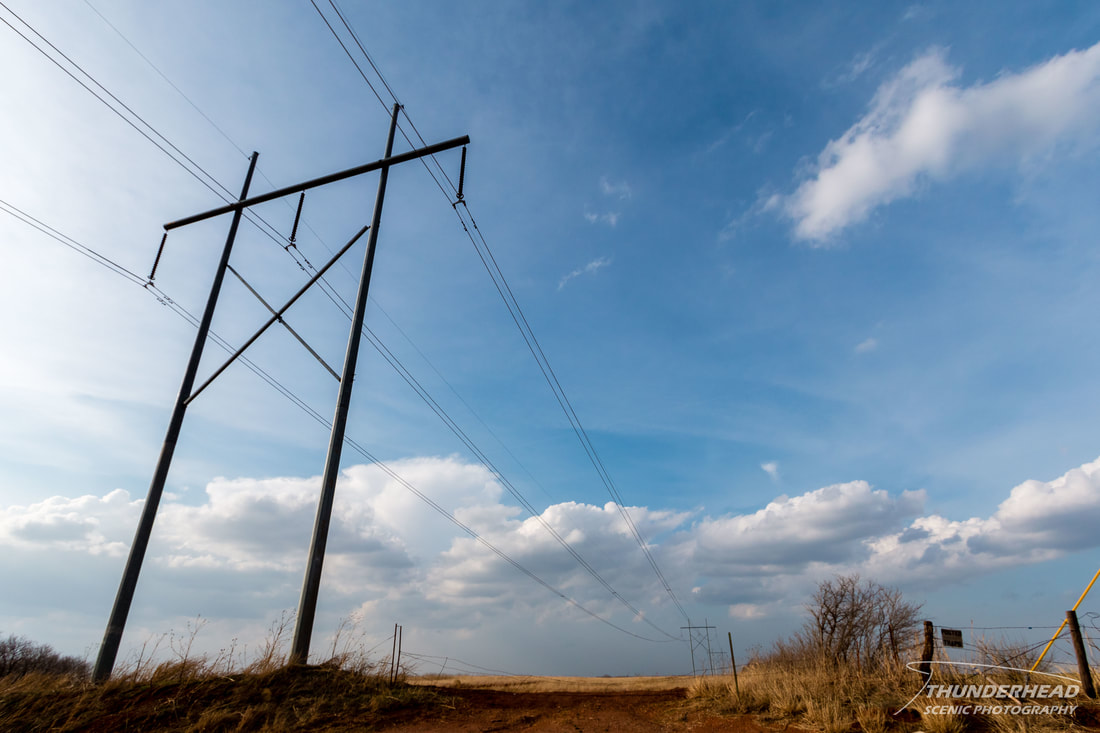 We soon noticed a growing storm about an hour to our west. Since we were already out there, we drove to check it out. It looked beautiful from afar, putting up a nice thunderhead: 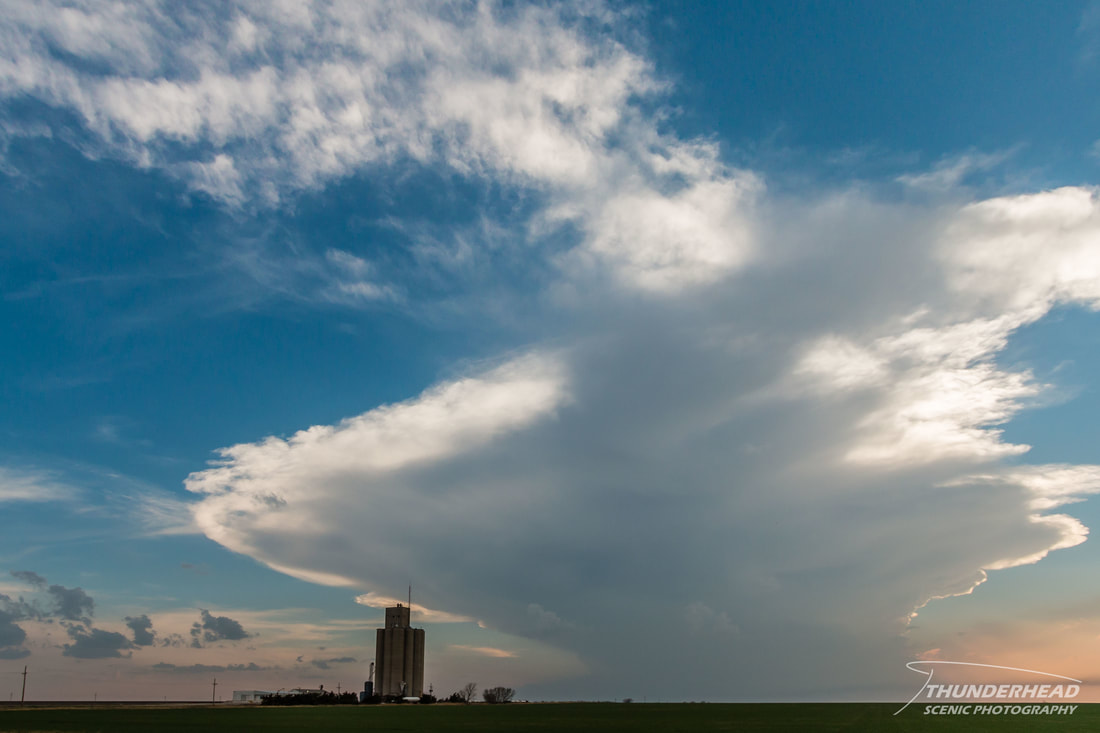 As we got closer to the storm, we noticed it was splitting, which neither of us had ever seen before in person:
​Here's what this process looked on radar (KVNX). The right split continues to track northeastward, while the left split tracks more northward:

While it didn't get too strong, the right split had some okay structure: 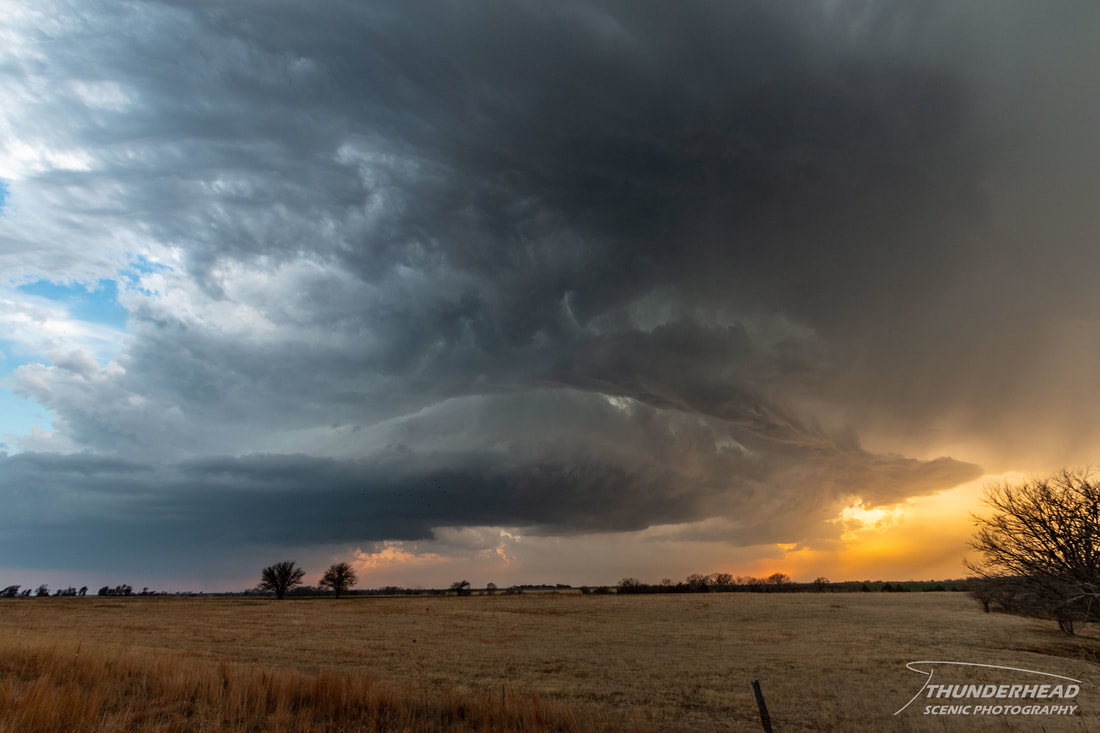 The storm eventually cycled (images below) and turned more to the right, prompting us to dive south to get out of the way. At this point, it became dull in appearance, high-based, and wasn't displaying any appealing features. Given that it was even later, we decided to call it a day. At least, we did. The storms, however, did not. The cell we had been watching grew into a mess and merged with other cells that we tangled with all the way through Kansas and western Missouri. Between driving through the cells and getting pulled over for speeding 4 mph over the limit (I got let go without even a verbal warning. Yay!), we managed to get home and to bed by 5am.

The previously mentioned mess of convection we had to deal with in Kansas turned into a bow echo and set its sights on the St. Louis, MO area. It wasn't severe-warned until it hit the area, at which point it developed a couple of tornado-warned circulations. One of these tracked right by my house, which caused my phone to explode with notifications of various sorts telling me about said circulation around 6am. This is a good thing, but not the greatest when you've only been asleep for an hour, and then have to get up at 8am for work. I knew today was going to be potentially active, so I was going to see if I could get off early. Convection trailed behind the early morning storm complex and along its associated outflow boundary until early afternoon, reducing the chance of storms in the area later in the day. I was only able to get off an hour early, but hey, it’s something. Around this time (3-5 in the afternoon), storms began to fire across the cold front near the Missouri, Kansas, and Oklahoma borders. It would be pretty late before any of that reached us here in the St. Louis area. Giving that both Michelle and I were tired and that the storms would get to the area late, Michelle decided to go home. Around this time, a storm became severe and began rotating out in central Missouri. Instead of training northeast like the rest of the convection, this storm turned right and moved directly east toward St. Louis. Weaker convection fired out ahead of this approaching storm in southern Illinois, producing some visible cloud-to-ground lightning: 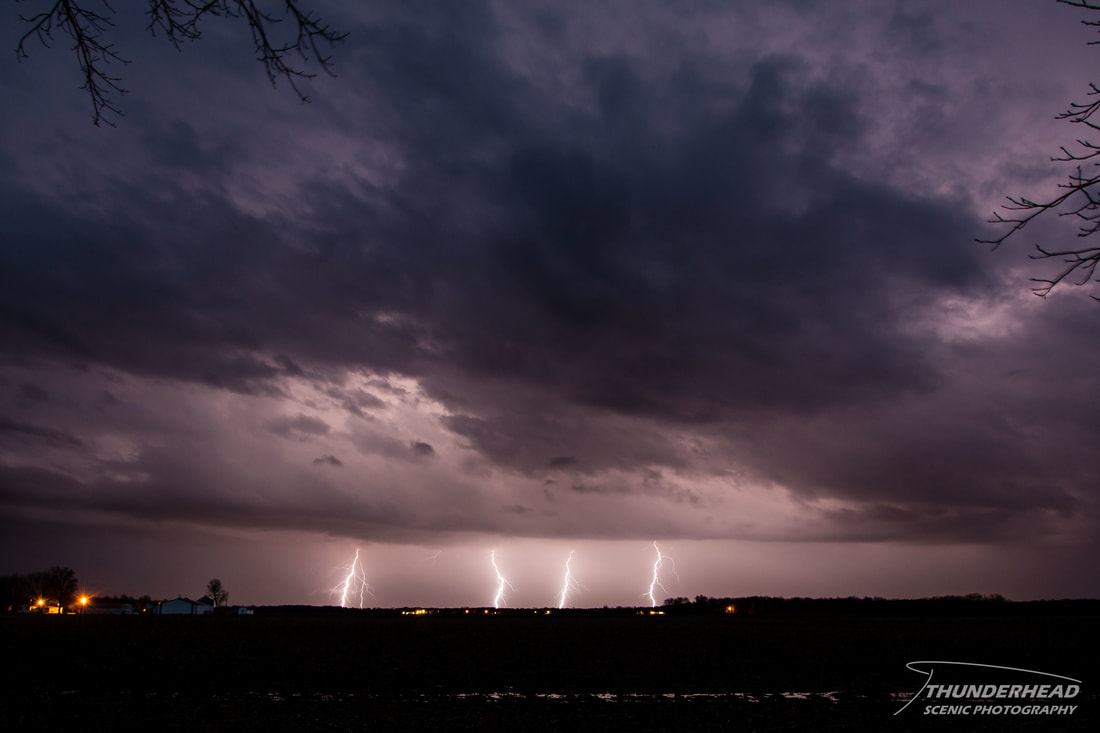 The central-Missouri storm maintained its strength through the city of St. Louis. A tornado was reported in the middle of the city, but it was never confirmed. This cell continued to move eastward, but weakened as it entered southern Illinois. It still provided a few visible lightning strikes and broad shelf cloud: 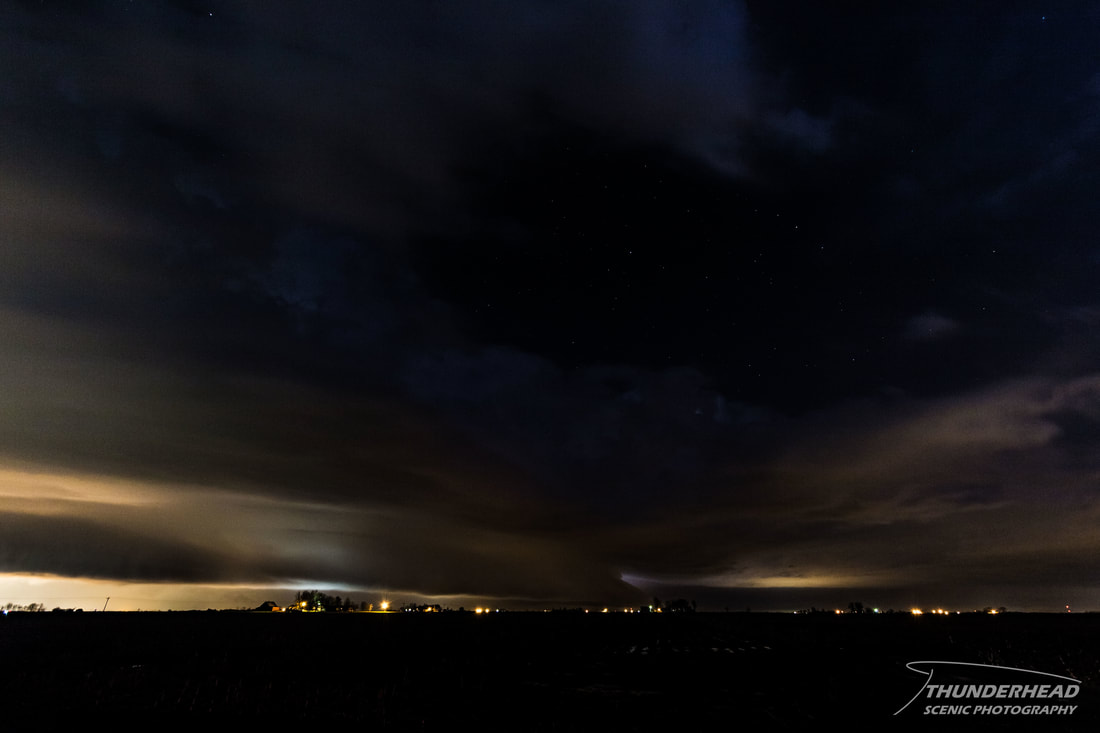