​Storms in The Nebraska Panhandle

This was the first day of Michelle and my “chasecation”. There was a good chance of supercells across eastern Montana, and that threat spread eastward into the western Dakotas and down into the Nebraska Panhandle. We really didn’t feel like waking up early enough to make the trip to Montana, so we would just make this a travel day and make our way west into better position for the next day. We left the hotel in Cameron, MO at about 10:30am, and made our way north to I-80 west. We picked the target of Sidney, NE for our overnight stay, as it seemed to be a good central location for the next couple of days. As we got closer to our target, we could see a supercell to the north and a nasty mess of convection to the west that was producing a crazy amount of virga: 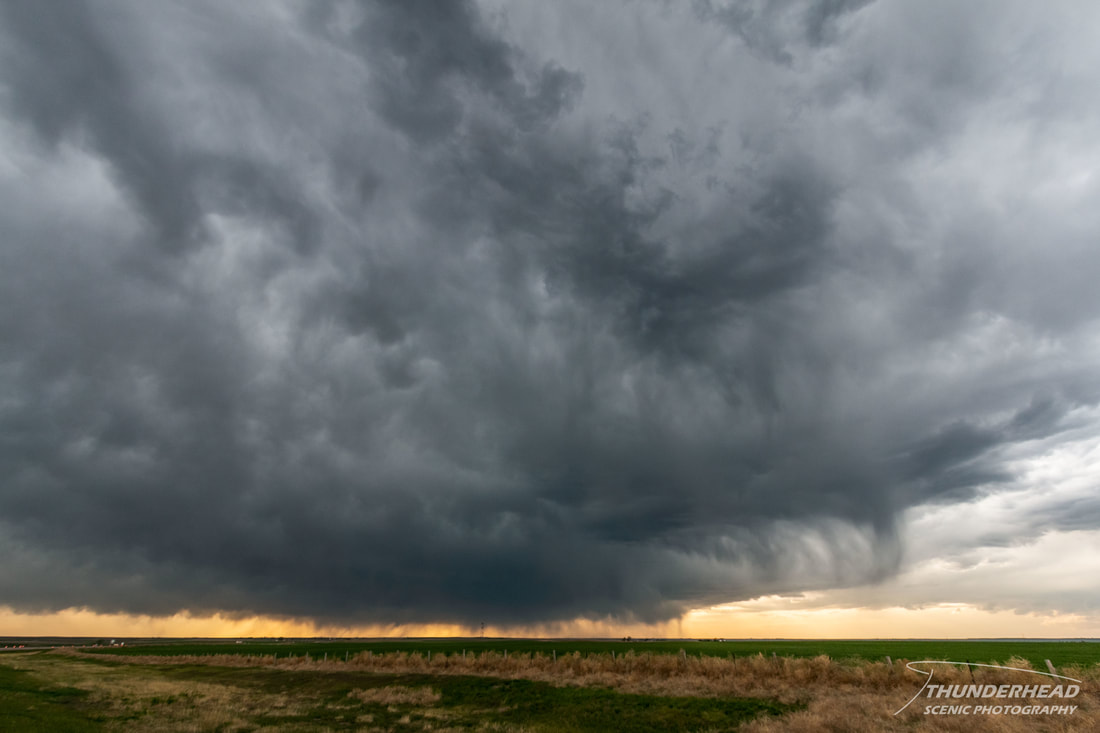 We arrived in Sidney and decided to head north on Highway 385 to chase the supercell, which was now tornado warned. We could see a wall cloud on this storm, and it looked healthy. We fueled up and headed north, but as we did, our target storm weakened and the rotation dwindled. We stopped north of Dalton, NE to watch it from afar, as it did have a nice looking anvil: 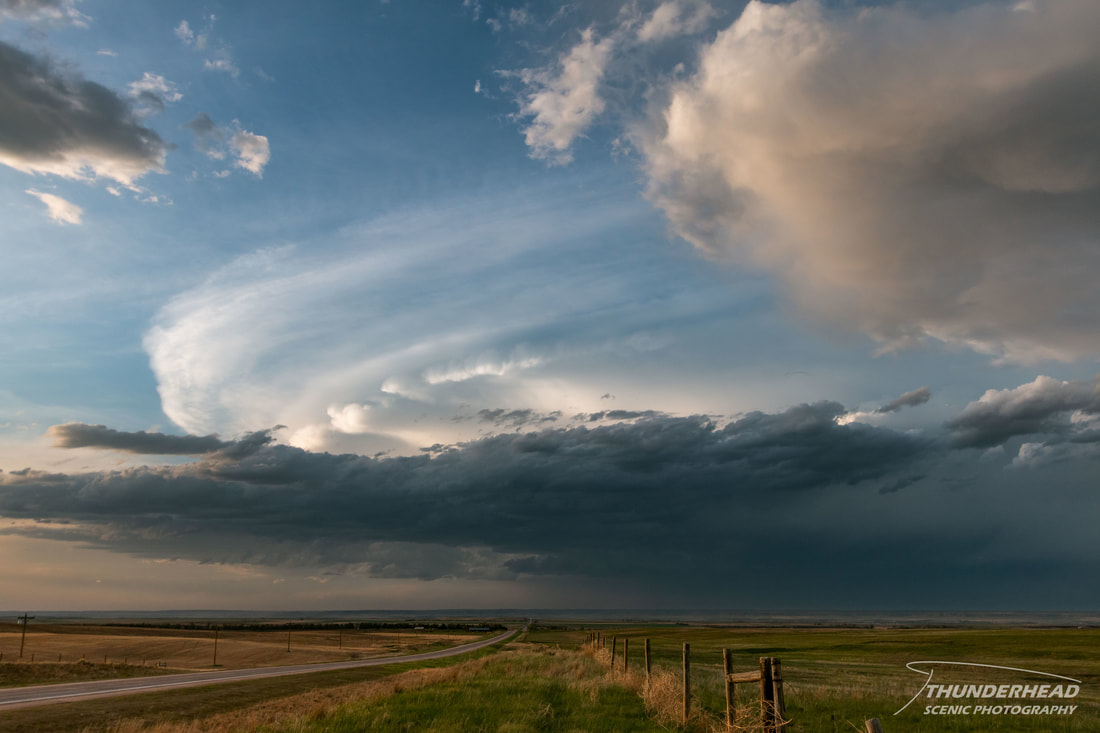 Another reason to stop was that the messy convection that we drove through had a nice mammatus deck and rainbow (photos below). We hung out at the top of a hill for some time watching both these storms and some cows before calling it a day and heading back to Sidney. 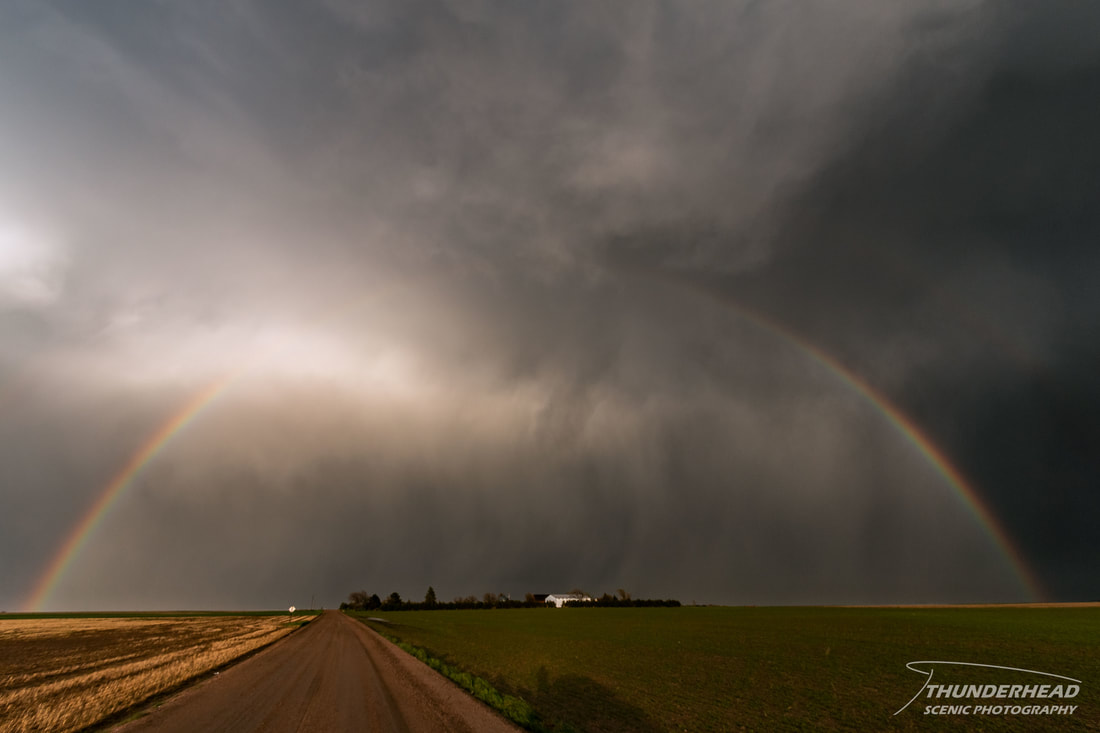 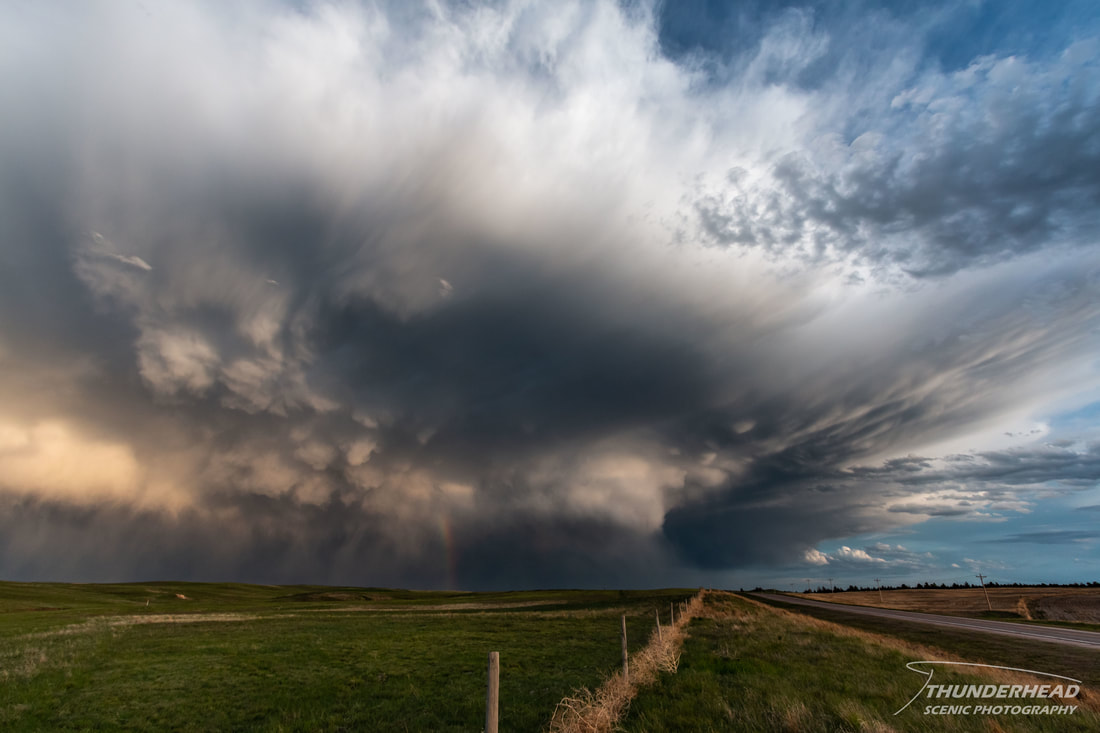 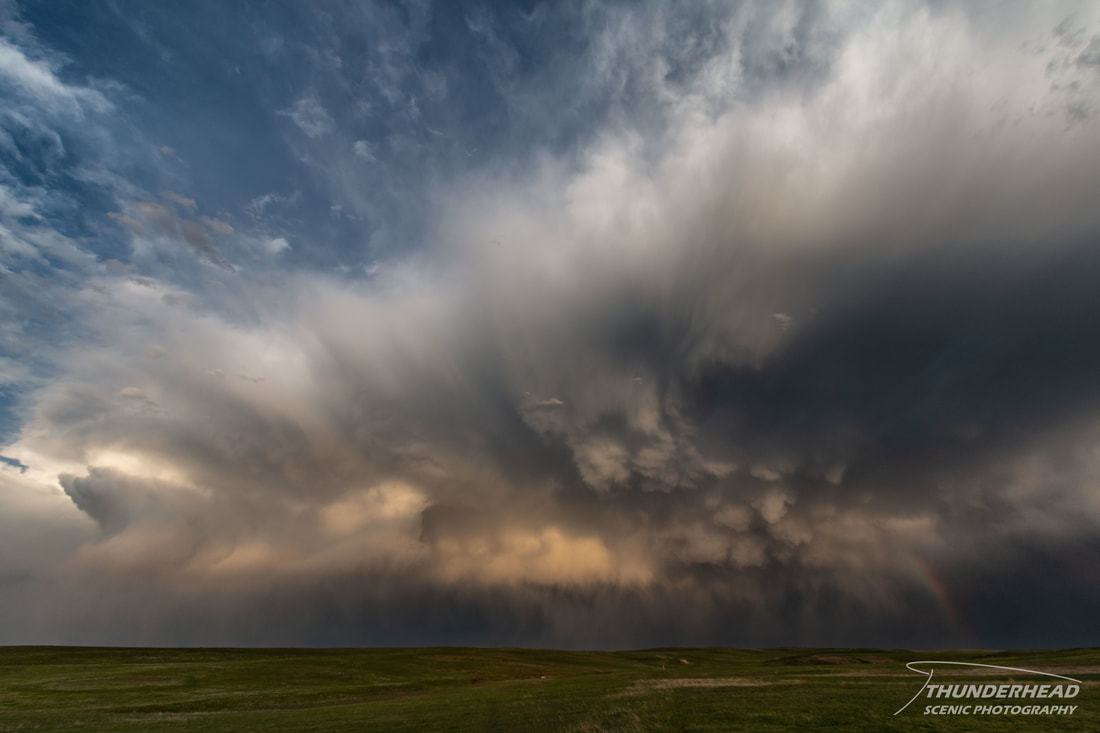 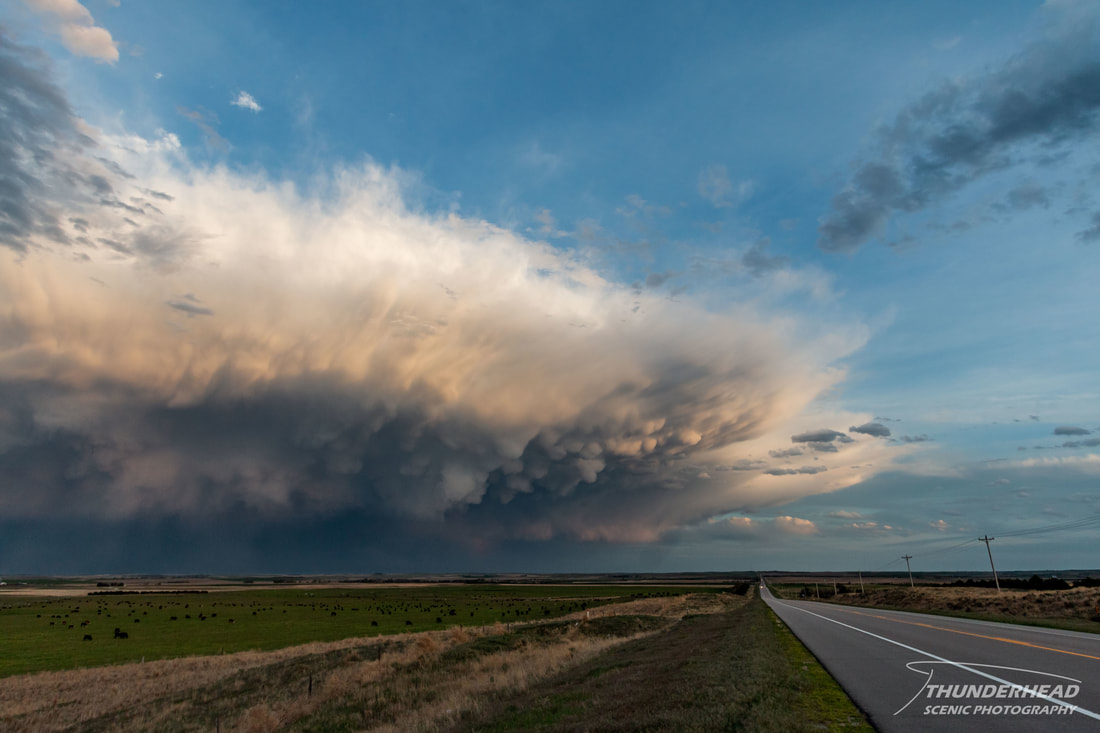 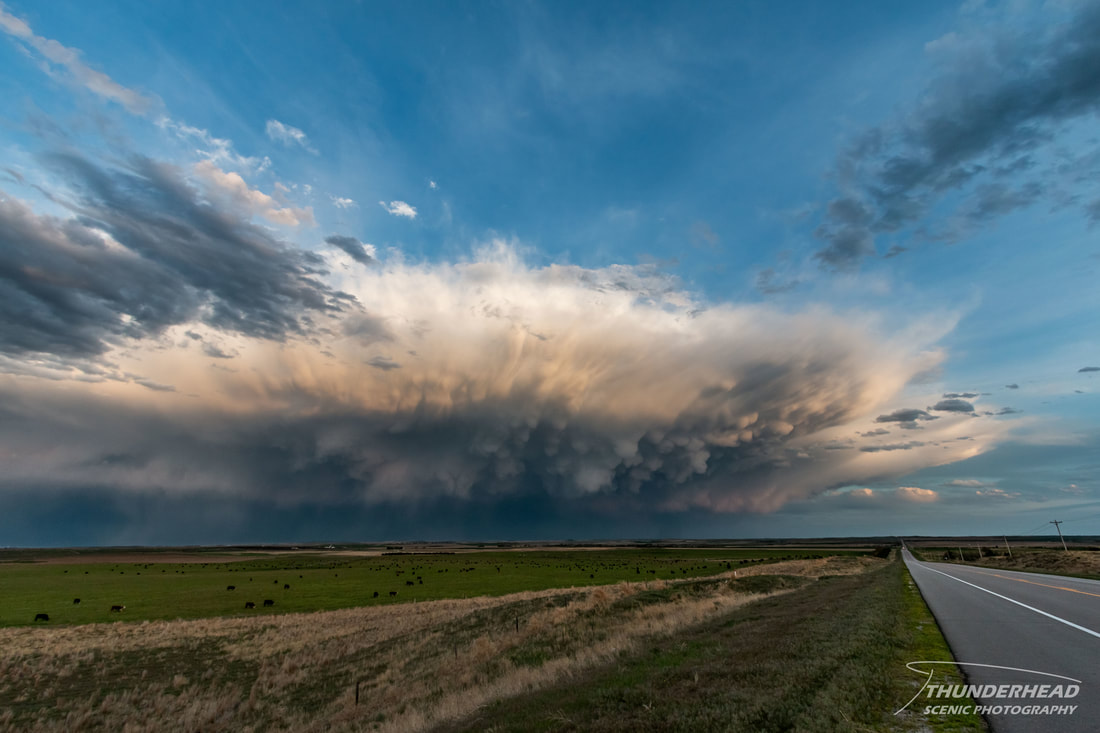