A transit occurs when a planet passes between the Earth and the Sun. The planet will appear as a black dot traveling across the Sun. Given that the Earth is the third planet from the Sun, only two planets can perform transits: Mercury and Venus. Transits are very rare, even more so than total solar eclipses. According to NASA, there is an average of 13 transits of Mercury each century. As for Venus, transit events occur more than a century apart. When they do occur, they commonly occur in pairs, with 8 years passing between the two transits. 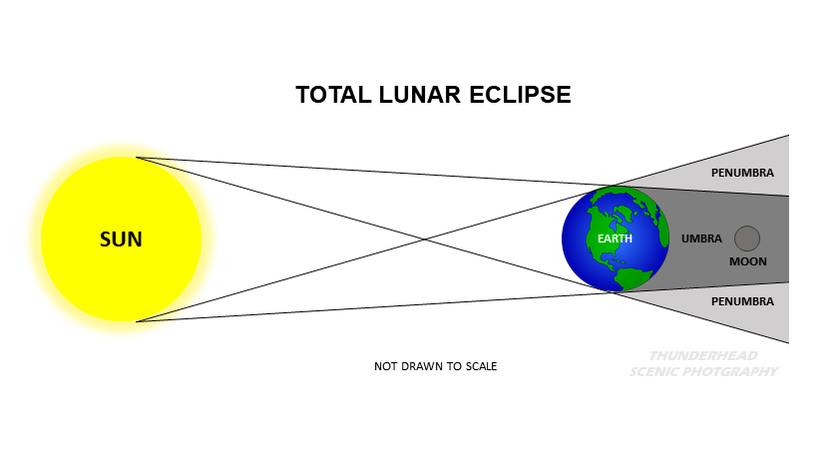 However, it’s not quite that easy, which is why lunar eclipses don’t happen every month. The moon’s orbit around the Earth is not lined up with the Earth’s orbit around the Sun. In fact, their orbital paths have about a 5 degree difference. The points where they do line up are referred to as nodes. Only when the moon is positioned near these nodes and on the opposite side of the Earth relative to the Sun can a lunar eclipse occur. If the moon only passes into Earth’s penumbra, a penumbral lunar eclipse will occur. This will cause the moon to dim slightly, as the Earth is only blocking some of the light. When the moon passes through the Earth’s umbra, but not completely, a partial lunar eclipse will occur. For this event, the moon will be partially darkened. If the moon passes completely into Earth’s umbra, then a total lunar eclipse will occur. During a total lunar eclipse, the moon will have a red or orange tint to it, sometimes referred to as a “blood” moon. This is due to the light from the Sun passing through the Earth’s atmosphere prior to reaching the moon’s surface. Similar to how sunsets appear red or orange, red is the only wavelength of light that manages to pass through the Earth’s atmosphere at a relatively indirect angle. This process is known as Rayleigh scattering.

Thanks to the August 21, 2017 total solar eclipse that traveled across the US from coast to coast, solar eclipses have been getting a lot of press recently. During a solar eclipse, the moon passes between the Earth and the Sun, casting a shadow across the Earth’s surface. Opposite from a lunar eclipse, a solar eclipse can only occur when there is a new moon. Most people would agree that lunar eclipses make sense: the Earth is bigger than the Sun, so when the moon passes into the Earth’s shadow, of course the moon will go dark. However, the fact that we can witness a total solar eclipse is, in my opinion, mind-blowing. Think about this: given the size of the Sun and the Earth’s orbit around it, the moon is just the right size and orbits at just the right distance from the Earth to occasionally block the Sun perfectly. If the moon was smaller or had a larger orbit around the Earth, it would fail to completely block the Sun at any time. On the other hand, if the moon were larger or had a smaller orbit, it would potentially block too much of the Sun, and we could lose some of the cool effects we experience during totality. The same could be said about the size of the Sun, orbit of the Earth, etc. The point is, the fact that we can experience these types of events is extremely lucky. 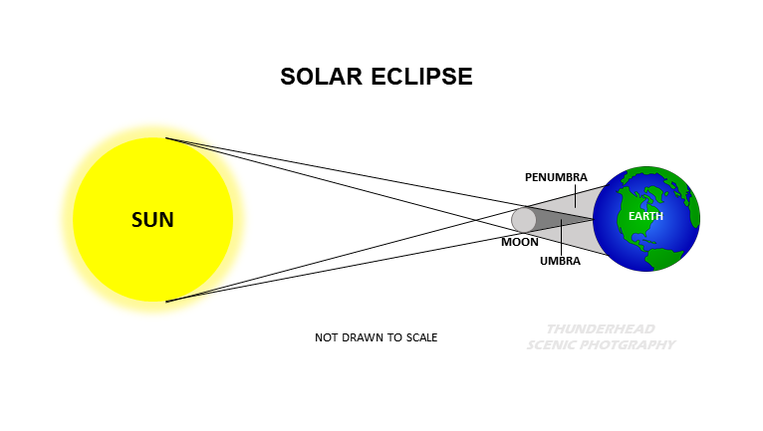 Similar to a lunar eclipse, it’s not quite as easy to get a solar eclipse as it may seem. The moon has to be located near one of the nodes, and again, the moon’s phase has to be a new moon; i.e., it’s already relatively close to being between the Sun and Earth. As the moon passes between the Sun and Earth, a partial eclipse will occur for those areas in the penumbra and a total eclipse will occur for those areas lucky enough to be in the umbra. Just like lunar eclipses, totality is not always guaranteed. Sometimes, just a partial solar eclipse will be visible, no matter where you are at on the Earth’s surface. If you have the ability to witness a total solar eclipse, I highly encourage you to do so. The experience is amazing and beyond description.
​
Solar eclipses have another interesting type: annular. The moon does not rotate the Earth in a perfect circle, but rather an ellipse. This means that sometimes it is closer to the Earth than at other times (HINT: that’s why there are occasionally “super” moons). An annular solar eclipse occurs when the moon is farther away from the Earth and passes directly between the Sun and Earth. Because it is farther away, it fails to completely block the Sun, leaving the outer edge of the Sun still visible during the peak eclipse. Areas on the Earth’s surface that witness this are in the moon’s antumbra. 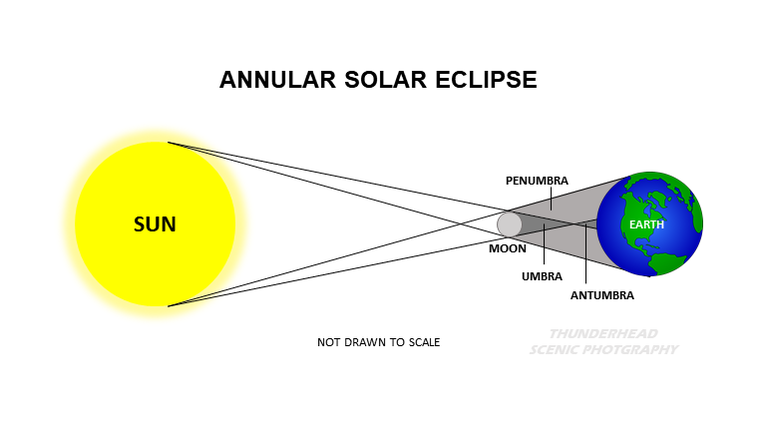 There are two great informational links I have found on eclipses and transits. If you are interested in learning more on this topic, I would suggest checking out NASA's Eclipse Website or timeanddate.com's eclipse page.